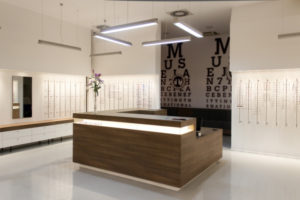 SNAP : Design Your Own Furniture by Be-elastic, Barcelona & San Francisco 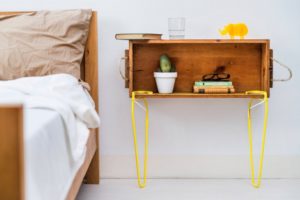 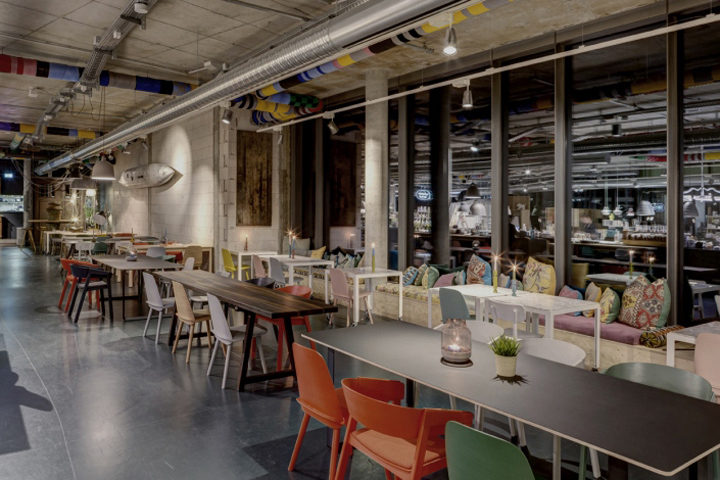 The concept of SUPERMARKET which won several design awards opened his first concept store in Belgrade. Since 2014 it is also located in Berlin. The historically protected BIKINI HAUS, built in 1957 by Paul Schwebes and Hans Schoszberger received a renovation in 2013 and was provided with an unique concept. The 7,000 square meter roof terrace with the view to the Berlin Zoo is the highlight of the complex and the home of SUPERMARKET Berlin. SUPERMARKET Berlin sees itself as a project space which is comprised of different functional areas over 800 sqm. The large and open space is divided by the 25 meter long bar which already starts in the entrance area and extends throughout the whole room. The bar is further segmented into three themes. The Coffeé, Juice and liquor/wine bar. The furniture can be moved and adjusted easily which allows high flexibility. Materials such as steel and wood underline the industrial character of the large and open space. The colorful furniture and floral fabrics give the space a funky, humorous and relaxed impression. Supermarket concept space Berlin is an interdisciplinary space which equally showcase the different funcional areas. The design and architecture for the toilets and washing rooms played a major role for the whole concept. By the use of accurate arrangement of light and objects the visitors cognition is becoming clouded. With this creativ approach it was possible to create an associated washing room for ladies and gents. By sophisticated placement of floor-to-ceiling mirrors we created an illusion which makes the room look much larger and bigger than it is. The suprise effect and the play with the customers perception create a place of communication in generally privat and anonymous area. 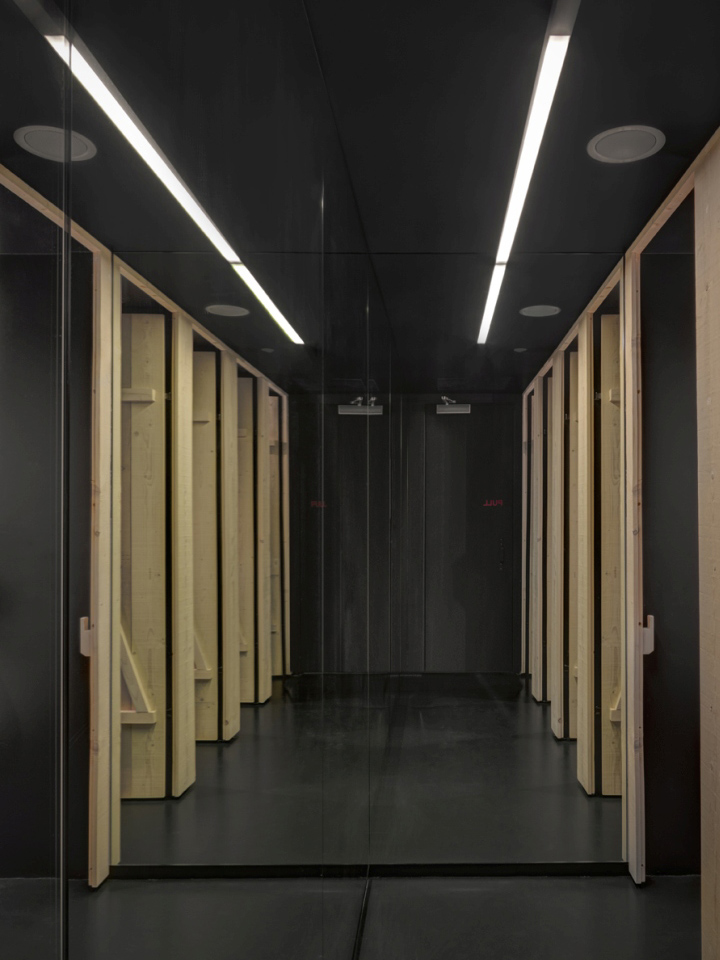 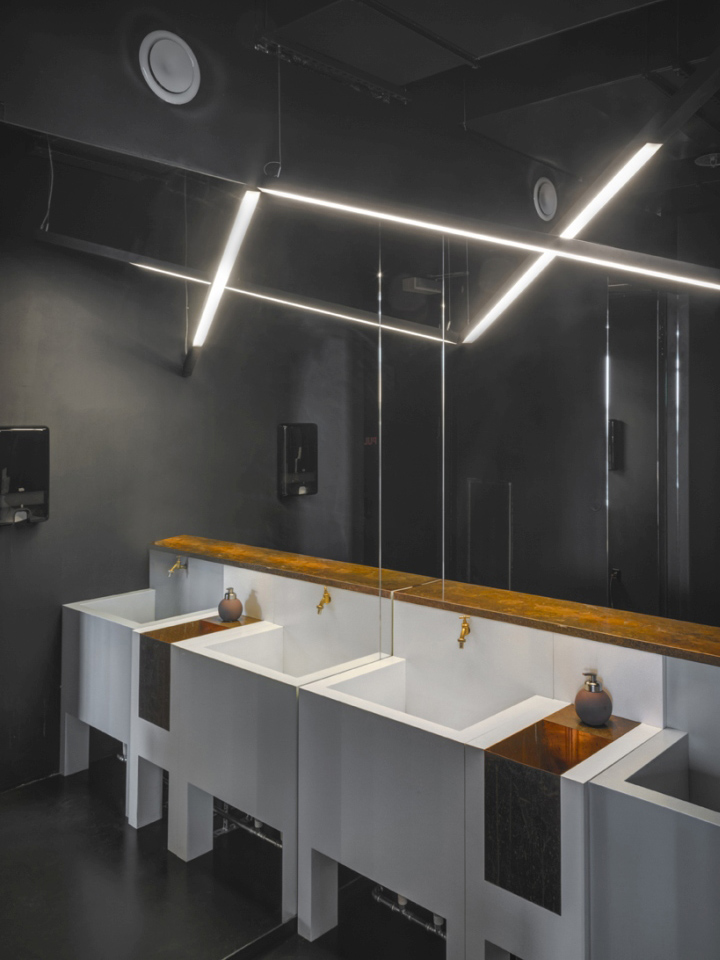 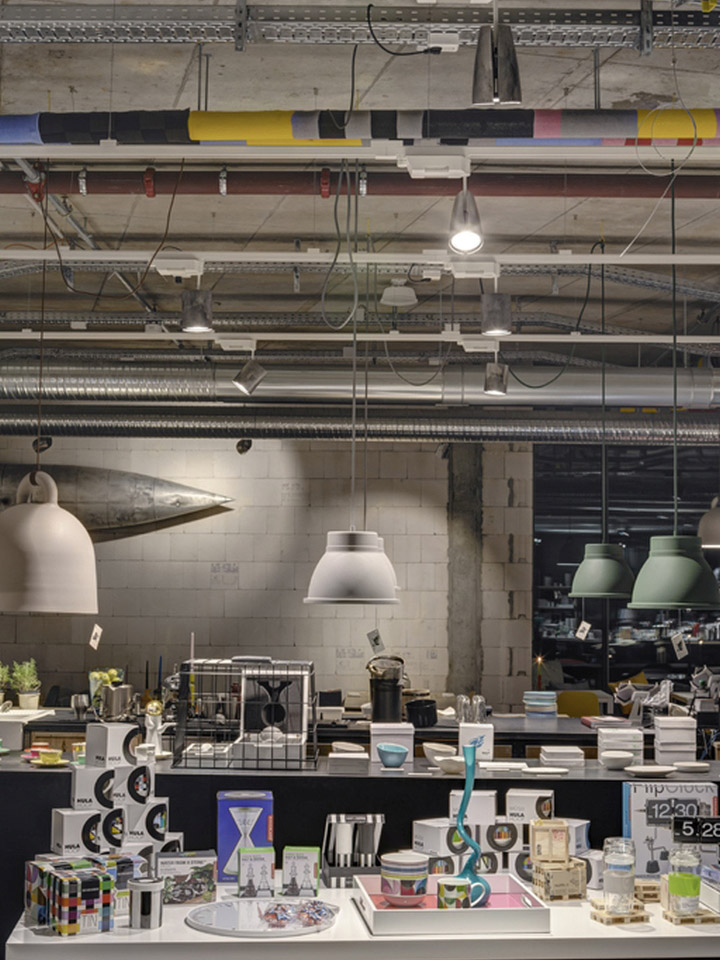 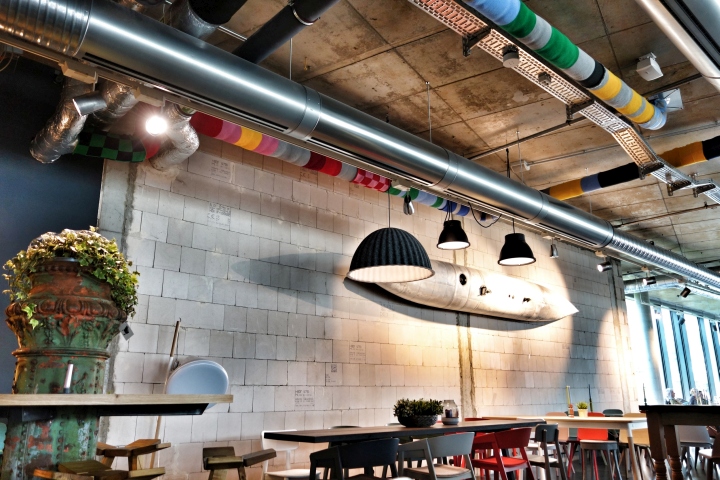 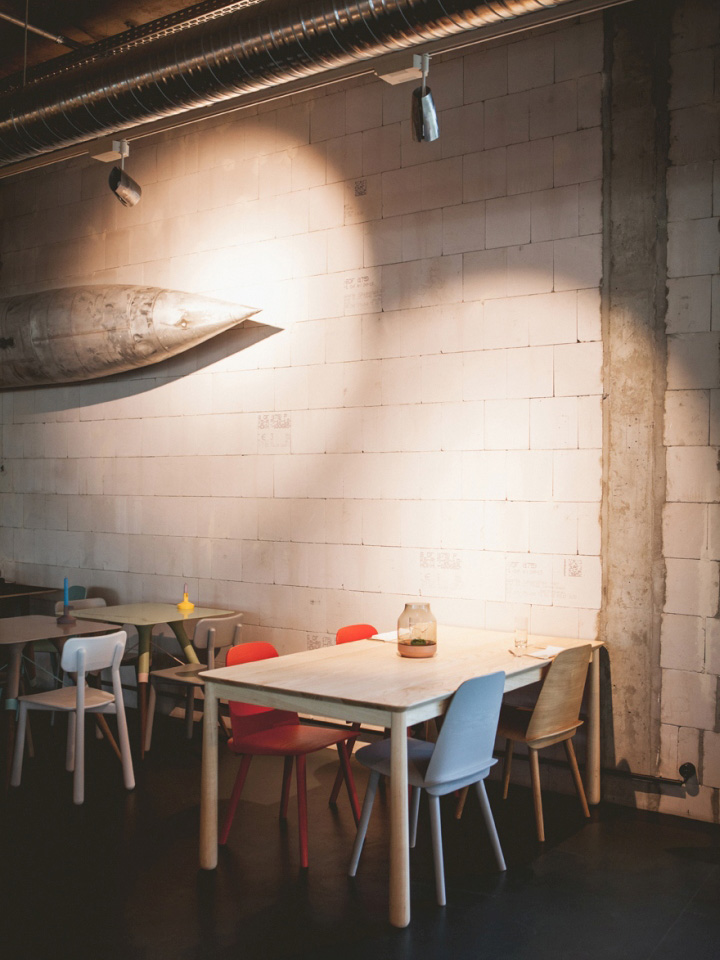 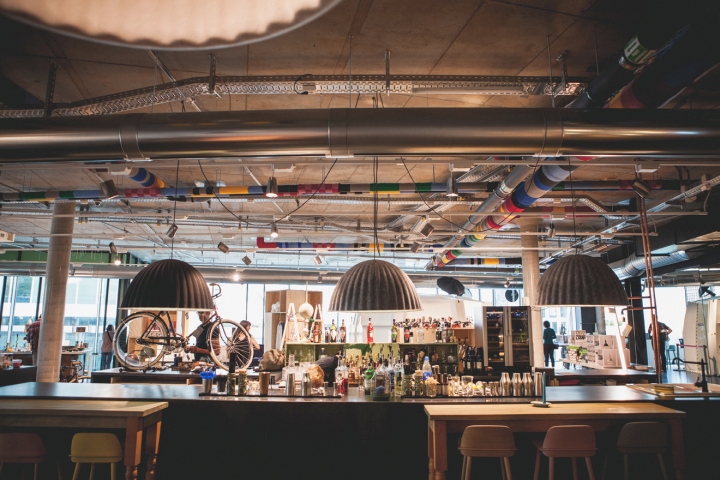 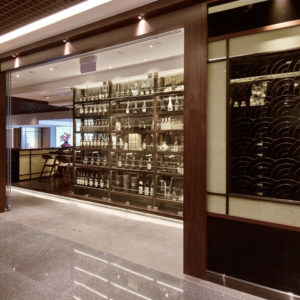 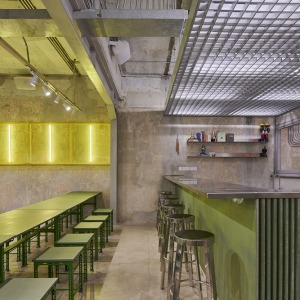 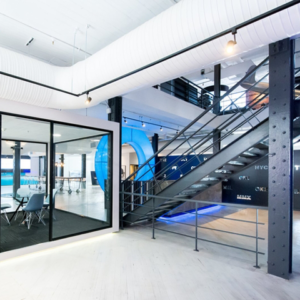 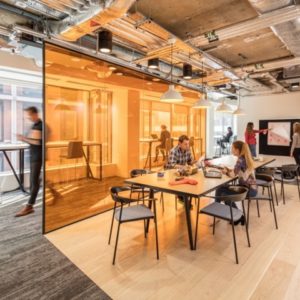