Teknion 2015 collection by PearsonLloyd for Teknion 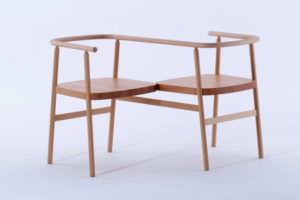 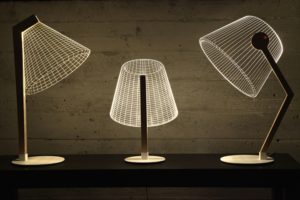 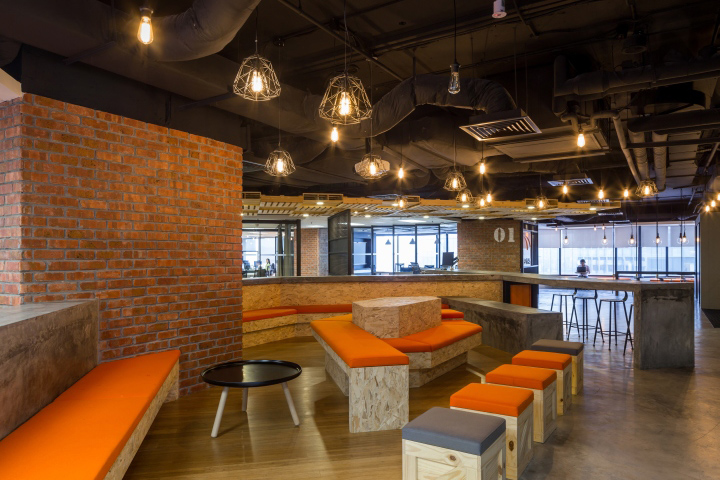 The space breaks the mold of a traditional workspace; it is playful and inspiring to motivate staff members and encourage conversation and collaboration. The colorful workspace has a “Stadium Seat” area that can be used for presentations and collaboration, while doubling up as a reception and administration area. A game area is also located near the “Stadium Seat” to create a playground-like area where further interaction between staff is encouraged. Collaboration areas and casual discussion areas with black chalkboards and white boards are found wherever columns and walls can be used. 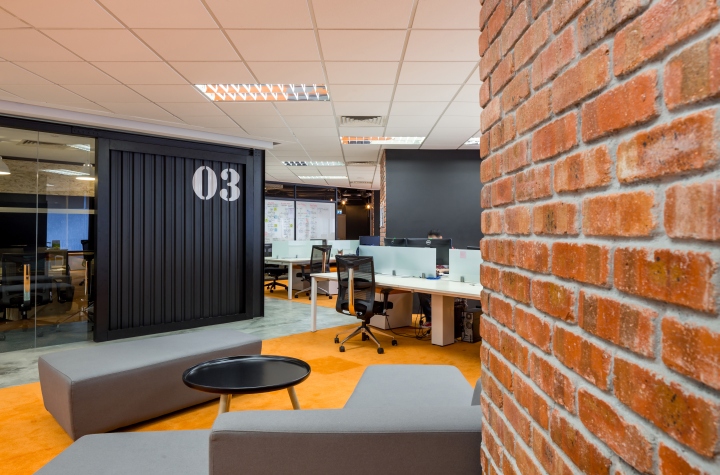 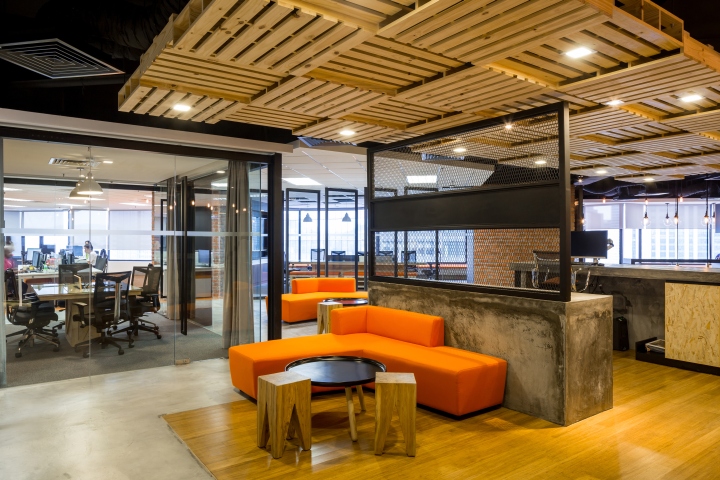 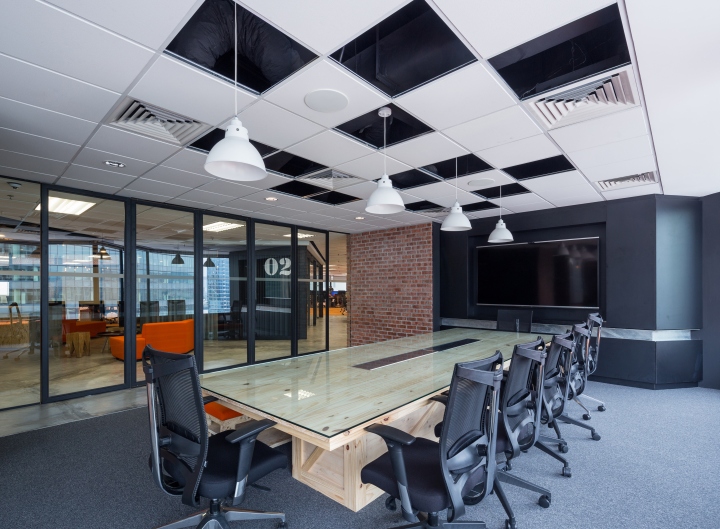 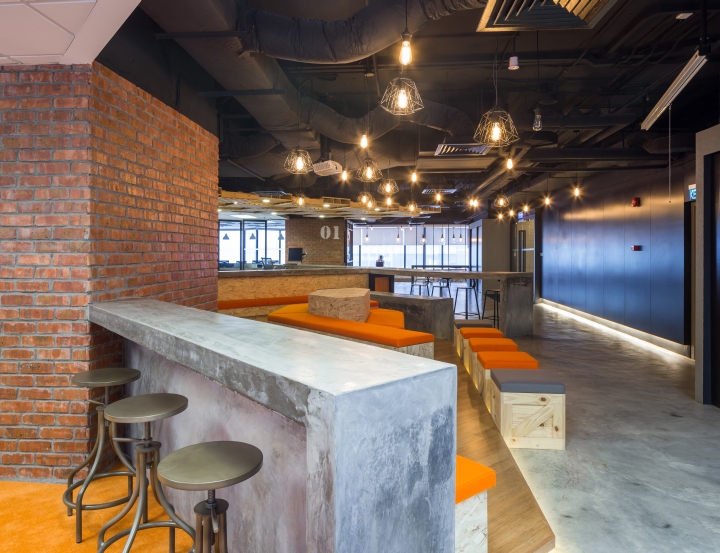 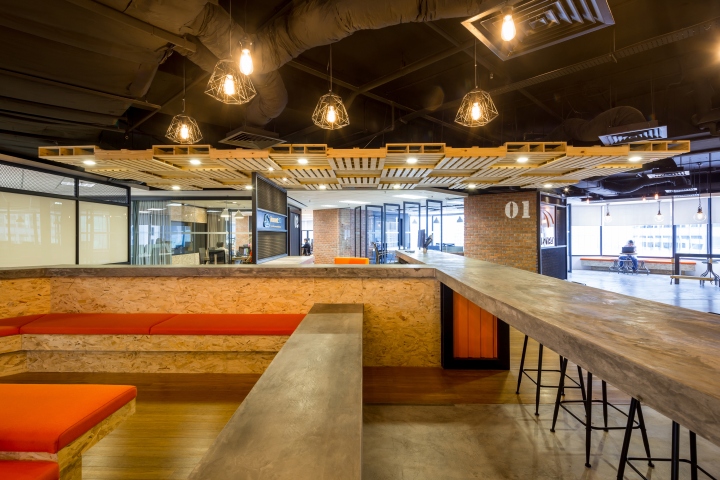 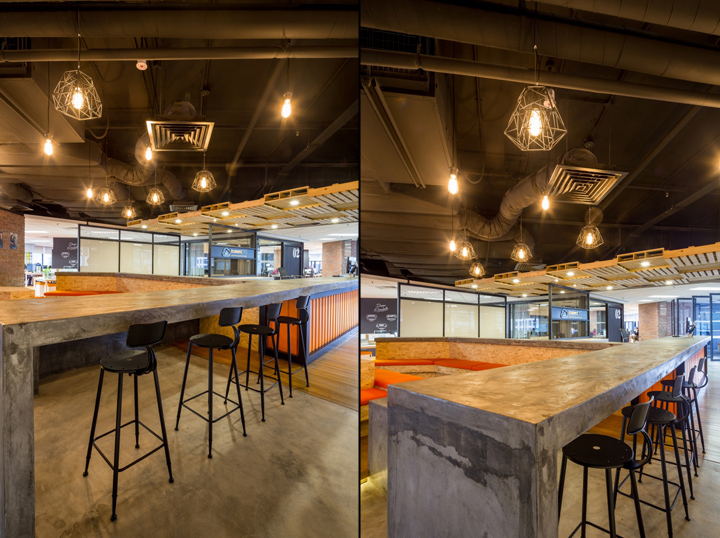 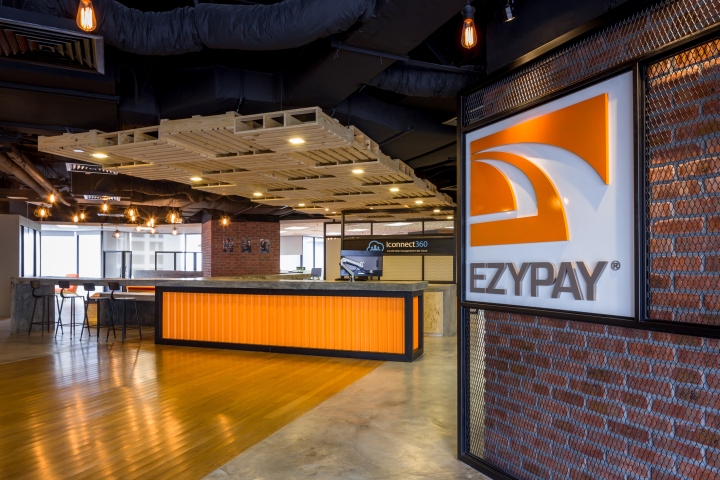 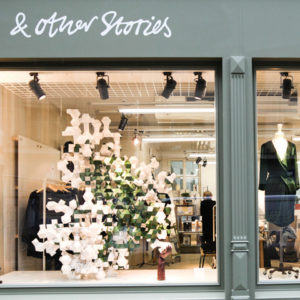 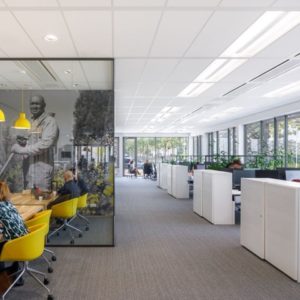 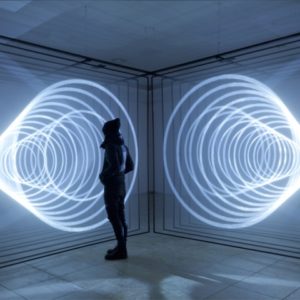