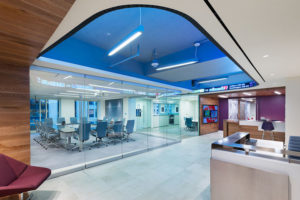 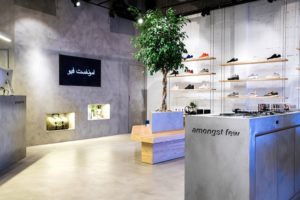 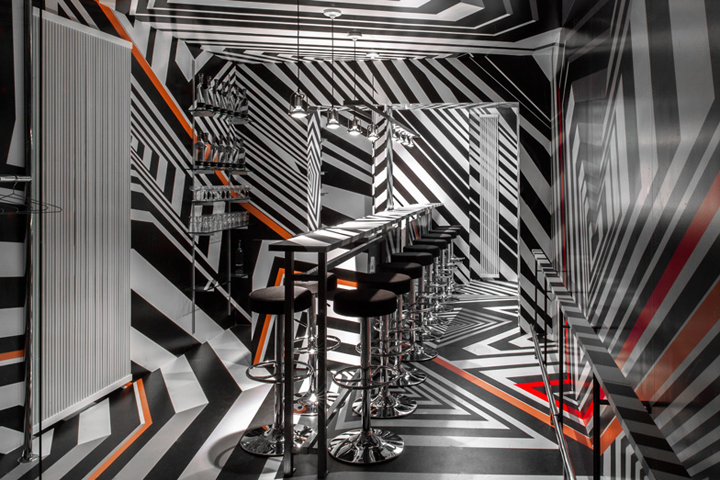 German artist Tobias Rehberger has created a temporary replica of his favourite Frankfurt bar in a New York hotel and covered the entire thing in bold geometric stripes. New York Bar Oppenheimer has exactly the same size and proportions of the original Bar Oppenheimer, a regular hangout for the artistic community in Frankfurt. It contains the same furniture and details, from the lighting fixtures to the tall radiators. Unlike the original, Rehberger has decorated every surface of the replica bar with black and white stripes, which zigzag in every direction and are interspersed with flashes of red and orange. The patterns are based on the concept of “dazzle camouflage”, a tactic employed during World War I to make it difficult for soldiers to pinpoint a target. New York Bar Oppenheimer opened last week at Hôtel Americano, coinciding with the annual Frieze New York art fair. Functioning as both an installation and a working bar, it will remain in place until 14 July. 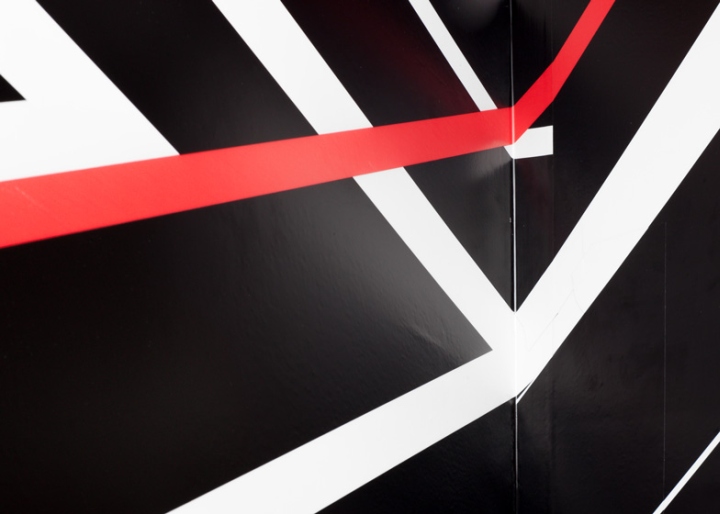 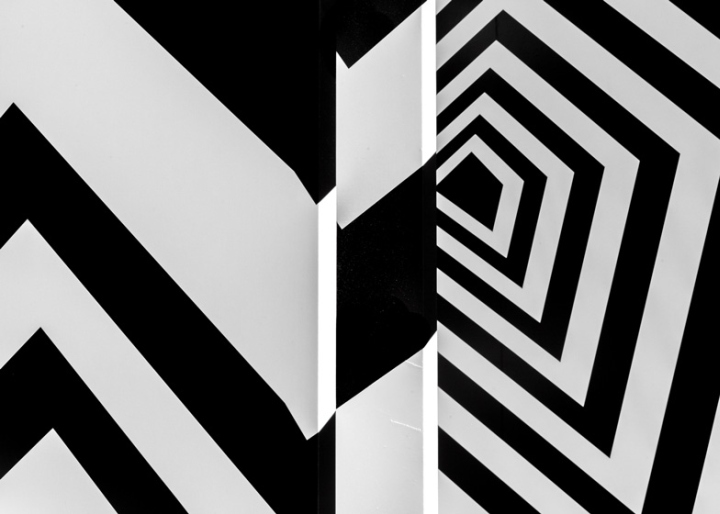 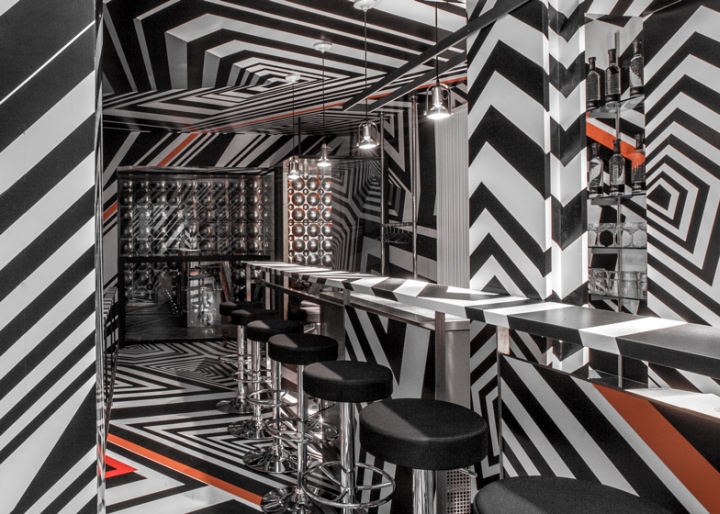 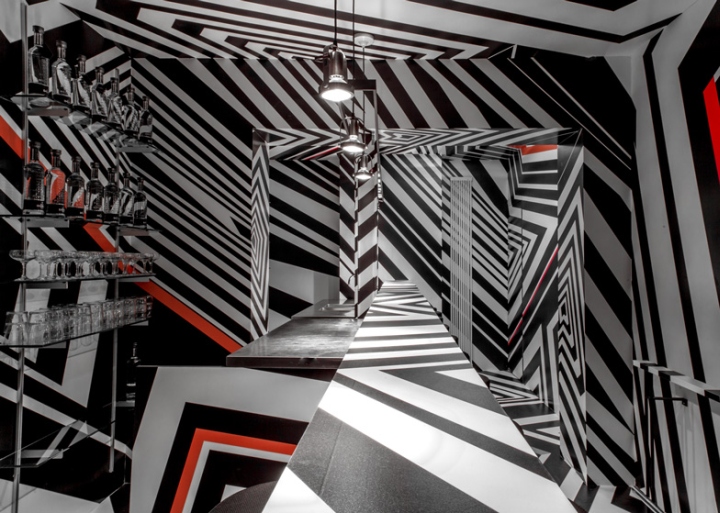 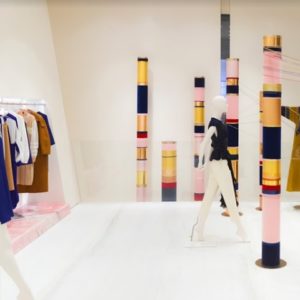 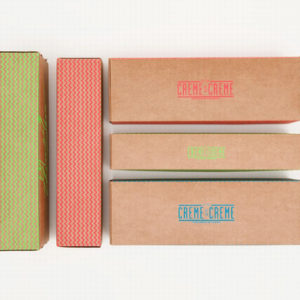 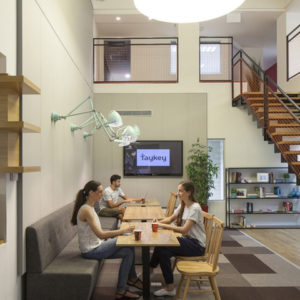 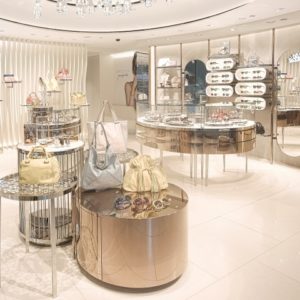