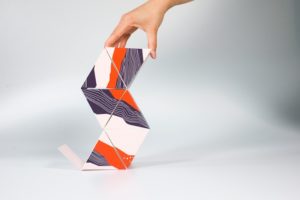 Romain Jérôme stand for the SIHH by centdegrés, Suisse

As third in line in terms of cities in the Czech Republic, Liberec finds itself in an awkward predicament, in that although it isn’t completely unknown, it hasn’t been completely embraced either. The city, which prospered in the late 19th century, boasts a variety of buildings of architectural interest – many of them Neo-Classical, such as the opera building and the city’s town hall. But a new wind is breathing life into the city– one, in particular, from that famed City of Wind – Chicago.

The recently opened restaurant Chicago Grill opened by Ryan Nelson, a Chicago-born businessman and entrepreneur who, through the twists and turns of fate ended up in Liberec, is the living and breathing example of the aphorism that ‘you can take the man out of the city, but you can’t take the city out of the man’. Upon discovering a disused piano showroom in a Neo-Classical building that formerly serviced a piano factory near Liberec, Nelson envisioned a restaurant and bar there, where the people of Liberec could work, make deals, and celebrate them.

He called upon Mjölk Architects to give the building “a new look, but preserve the quality and charm of the space”. The space sees a new vibrant spirit where white, high ceilings with classical mouldings have been complemented with brightly coloured elements such as blue painted pipes, yellow widow frames and red blinds as well as the use of recycled raw materials for other fixtures.

Commenting on the materials that have been used, Jan Vondrák, one of the architects, says: “The bar itself is made of an old rusty corrugated iron sheet and the wall behind the bar is adorned with basalt bricks and decorated with coloured metal shutters”. “The floors are made of bare concrete”, he continues. “This choice of materials gives the space an industrial atmosphere very close to the atmosphere of Chicago.”

One challenge, though, was the problematic acoustics, due to the ceiling’s height. Three huge lamps made of fiberglass pick up that noise while also tying together the interior, as the same material, which is also ideal for light distribution, is utilized for the entrance tunnel.

For the photoshoot of the space, the photographers came up with a concept where imaginary characters – “superheroes and other strange beings”, as Vondrák describes them- that sneak into Chicago Grill to devour its typically delicious American burgers, sandwiches and steaks with a slight Mexican bent. He thought this quirky idea that the photographers came up with was a perfect fit for the restaurant’s vibe. “We don’t like to spend a whole day taking pictures, and just get a regular result. We always want to have some fun.” 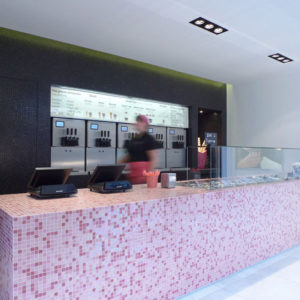 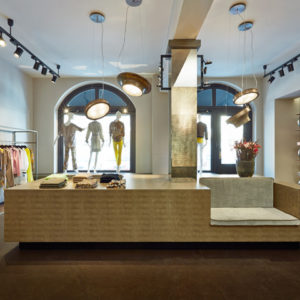 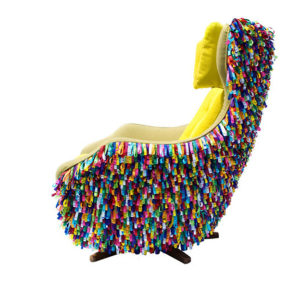 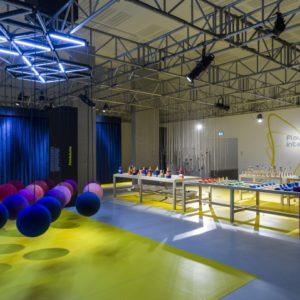