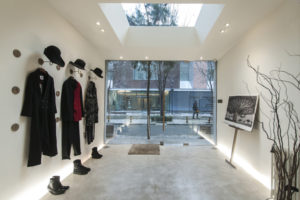 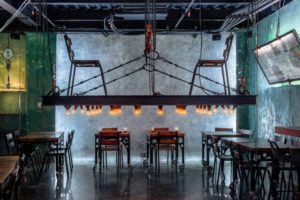 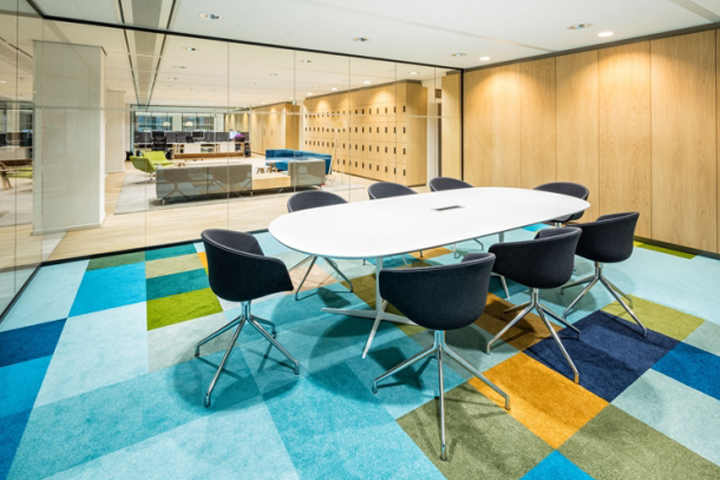 THE HAGUE – A multidisciplinary team of Dutch practices – Cepezed and HofmanDujardin – transforms and connects two 1990s towers into De Resident, an office building for two Dutch governmental ministries. Conceived by Cepezed, a new atrium spans the former Parnassusplein, uniting the pair of existing structures by notorious postmodernists: Dutch architect Sjoerd Soeters’ Helicon and American architect Michael Graves’ Castalia. The functional addition was integrated with minimal impact to the post-modern, monolithic structures, allowing the grandeur of their once-exterior façades to characterise the now-interior space. Large, white steel ribs support the glazed roof to establish the semi-public entrance foyer. An elevated platform runs down the centre of the 20m-tall and 70m-long atrium. With an integrated reception area encapsulated by its base, the composite-clad steel construction regulates the open atrium’s circulation. Referencing the site’s previous function as a public square, tree-lined walkways enrich the elevated platform which connects the first levels of the neighbouring buildings. Facilitating a flexible organisation concept between departments, an open plan alleviates boundaries within and between the adjacent structures for a communal office environment. HofmanDujardin’s vivacious, yet professional interior concept is inspired by classical and modern Dutch artists. Their artworks were enlarged and the resulting abstraction was projected onto the floor planes of the various office levels, injecting bursts of vibrant colour into the corporate spaces. Michiel Hofman, lead project interior architect, concludes, ‘this has resulted in a powerful and audacious diversity of atmospheres with deep roots in Dutch cultural heritage, without it being directly recognizable as such.’ 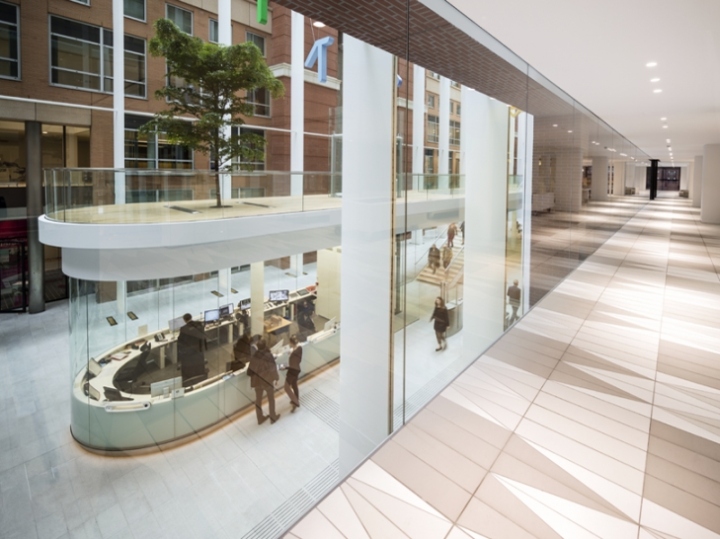 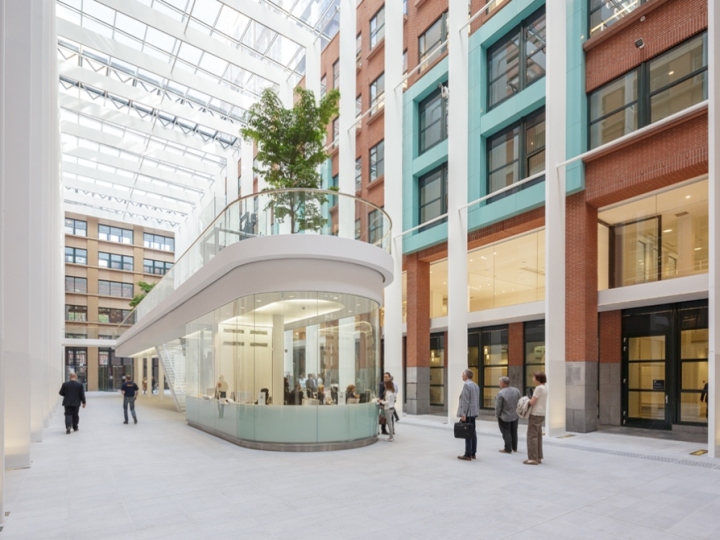 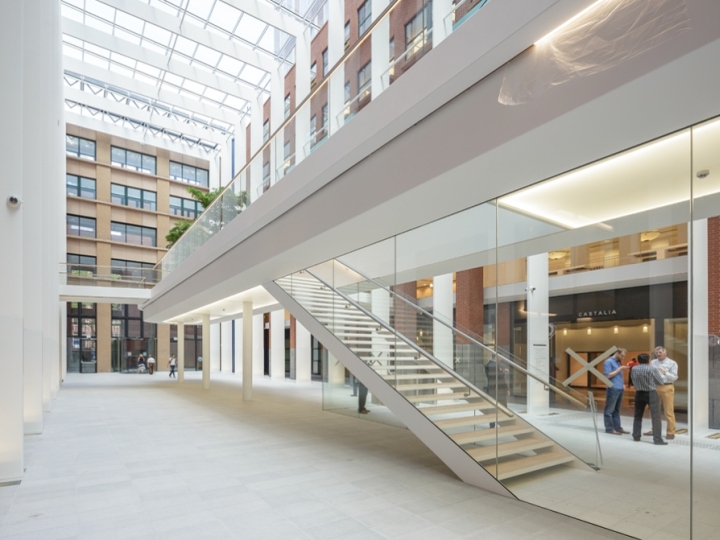 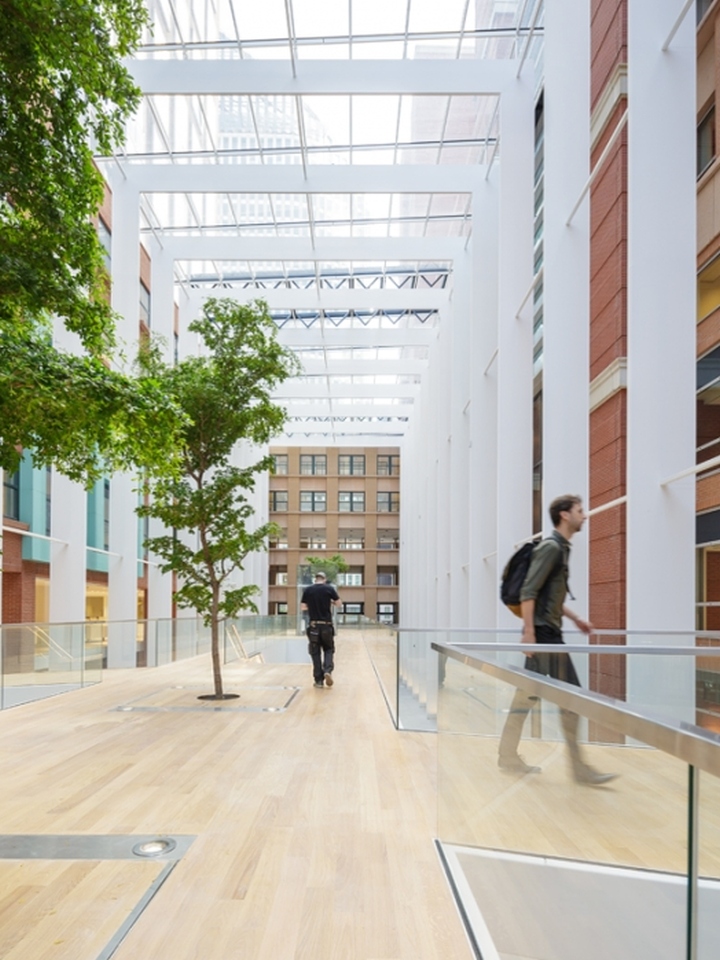 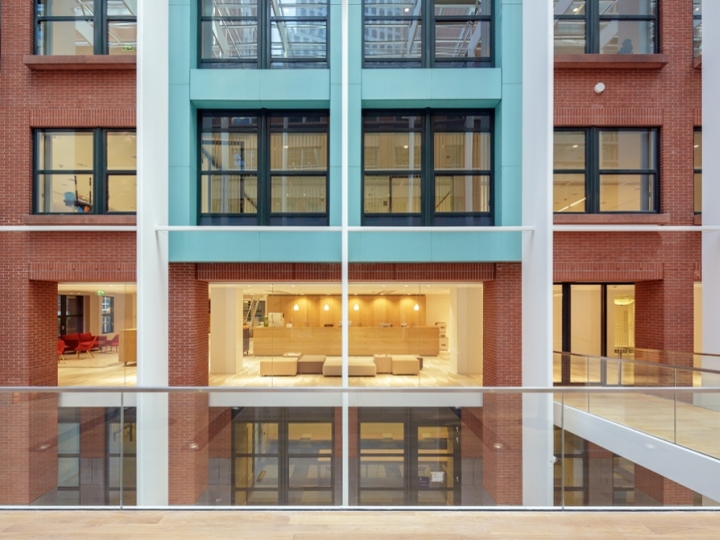 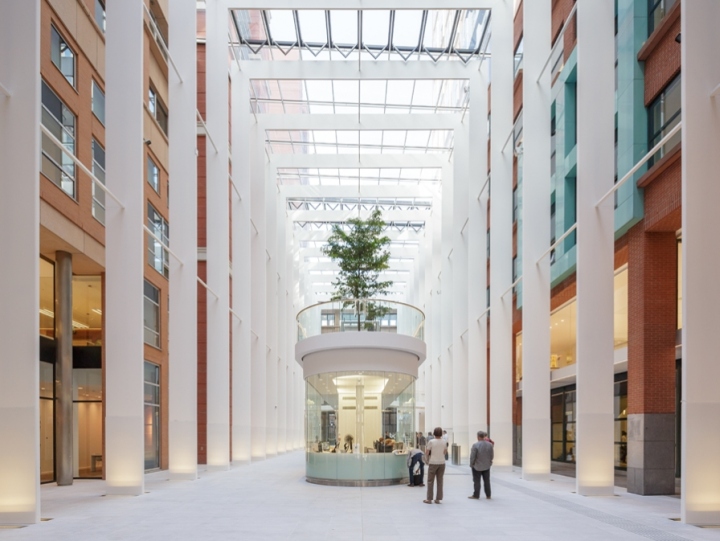 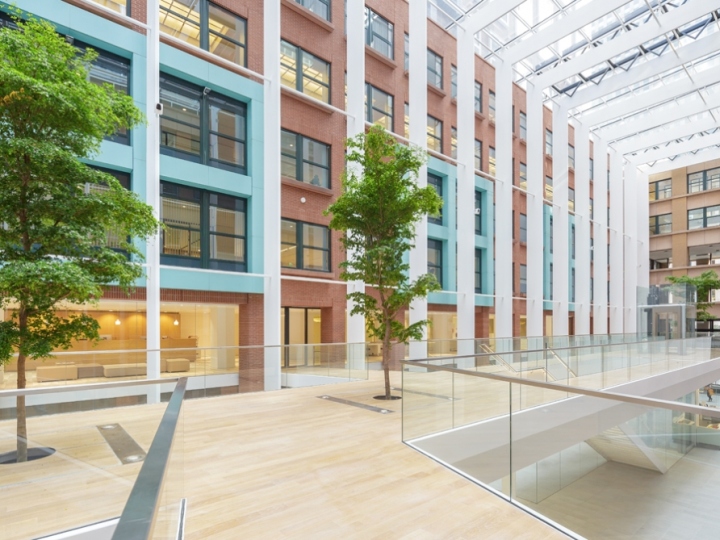 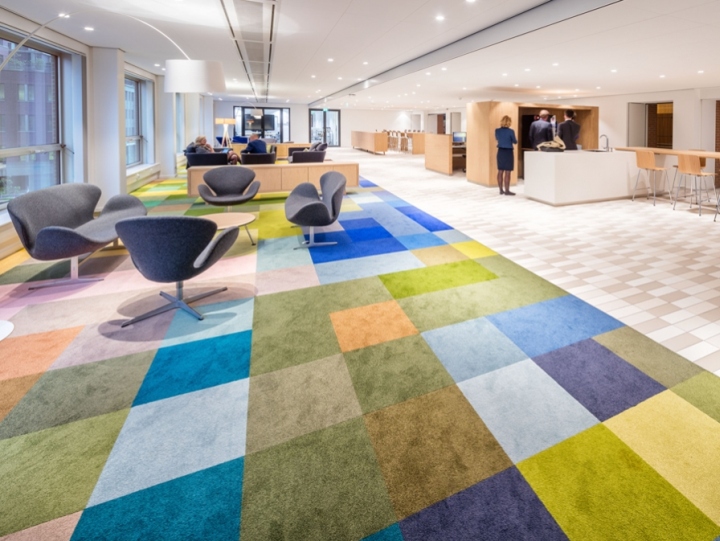 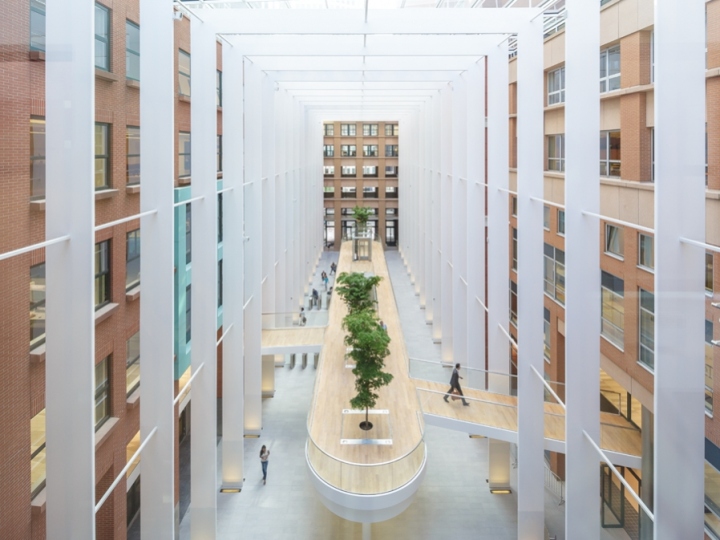 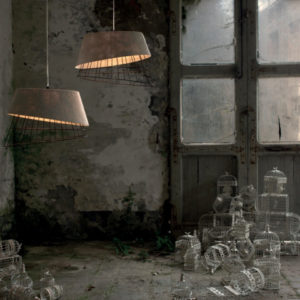 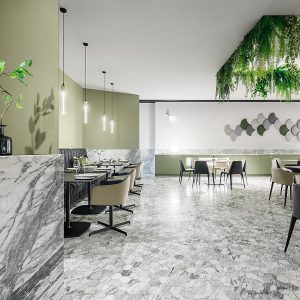 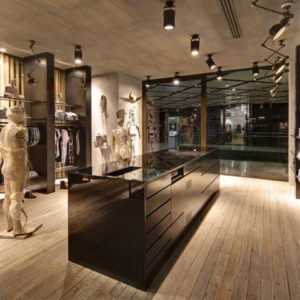 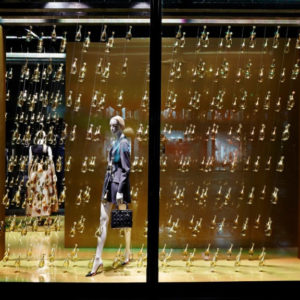