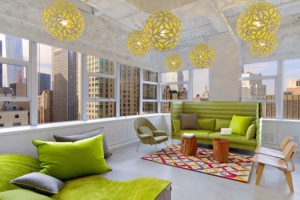 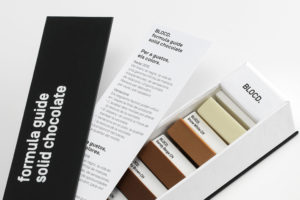 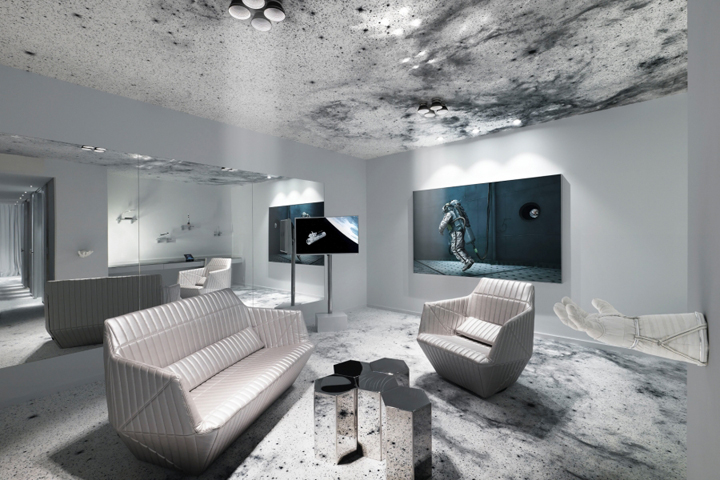 Ever since British fashion designer Christopher Kane launched his galaxy-print designs five years ago, many in the industry have been engrossed by outer space. What’s been a trend, however, is becoming an invasion. Proof of the phenomenon is the work of German artist Michael Najjar, who was commissioned to design a Space Suite for the Kameha Grand Zurich Hotel. Those familiar with Najjar’s life and work know that he is well acquainted with the conditions of extraterrestrial existence: the Berlin-based artist has been training to prepare for his role as one of Richard Branson’s Virgin Galactic Pioneer Astronauts. The expedition will make him the first contemporary artist to set foot in outer space. For the time being, Najjar’s vision of space takes the shape of a silvery hotel suite studded with outlandish motifs. Interstellar images captured by the Hubble Space Telescope appear on both ceiling and carpeted floors, while a bed – or ‘sleeping module’ – hovers weightlessly in the corner, seemingly unaffected by the pull of gravity. Greeting guests as they enter the ‘space station’ is a computer-generated female voice inspired by John Carpenter’s sci-fi film Dark Star. Additional exaggerated details include 3D-printed rocket-inspired spotlights and an astronaut’s wall-mounted glove, which doubles as a shelf as it extends a helping and eerily curious hand. Conclusion: zero gravity, centrifuge training and spacewalk simulation are not necessarily conducive to achieving an effective spatial design. 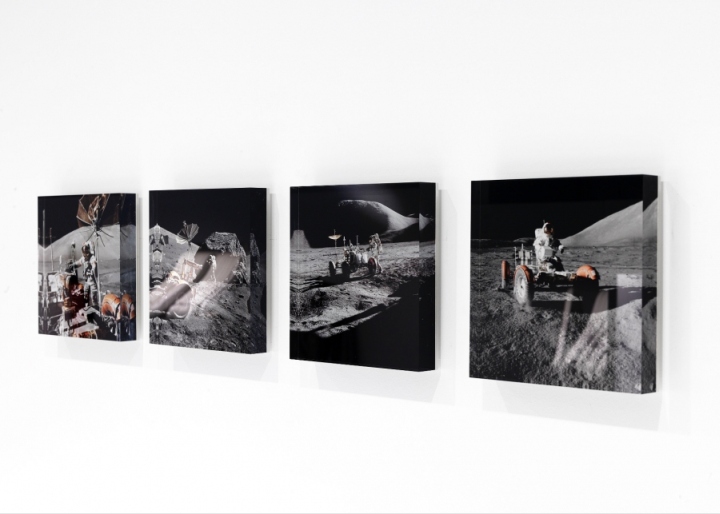 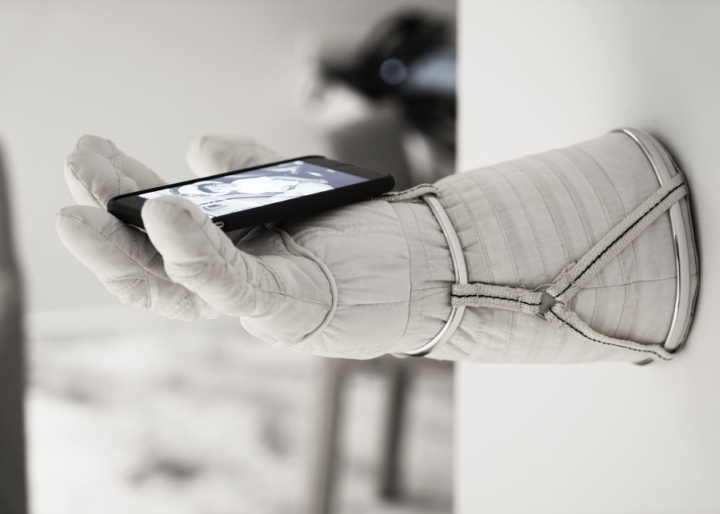 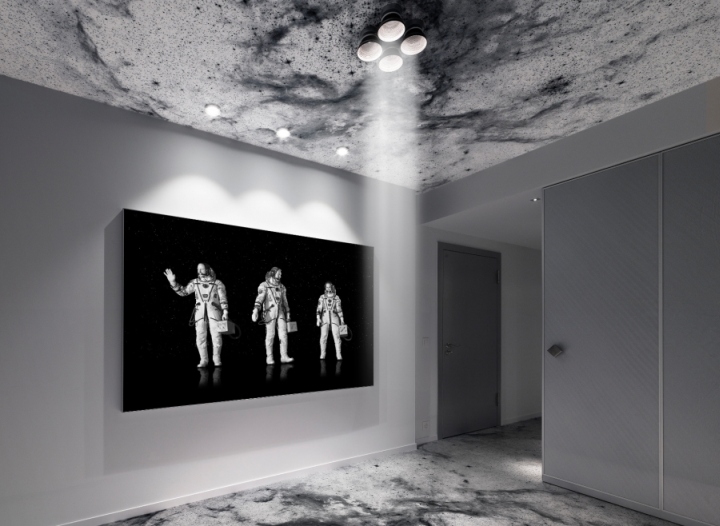 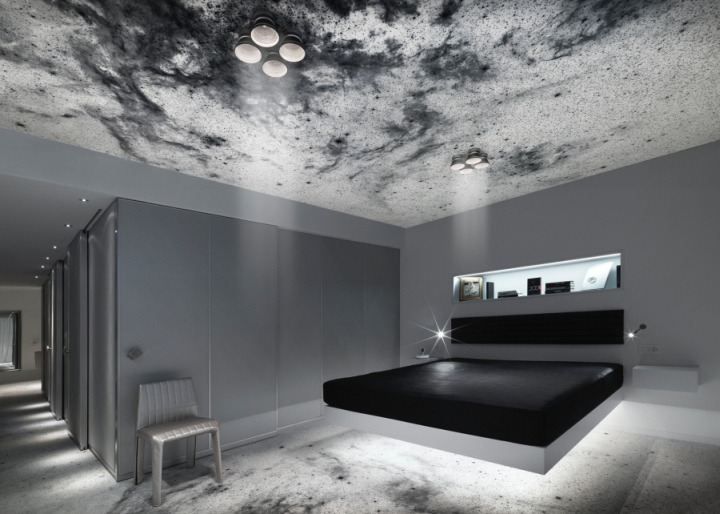 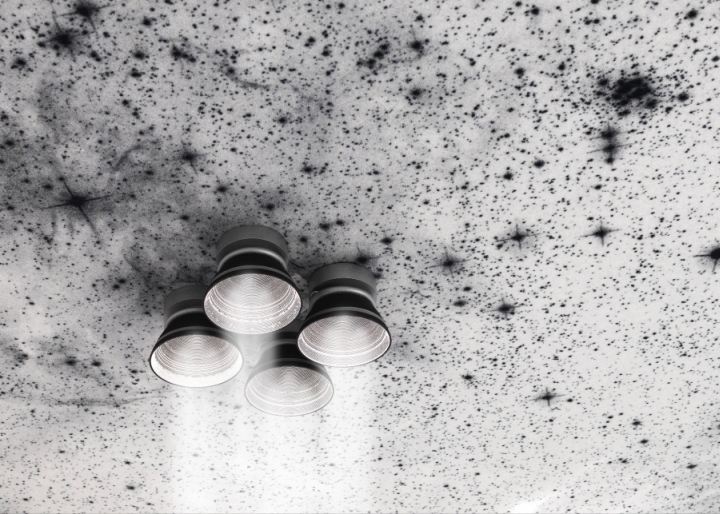 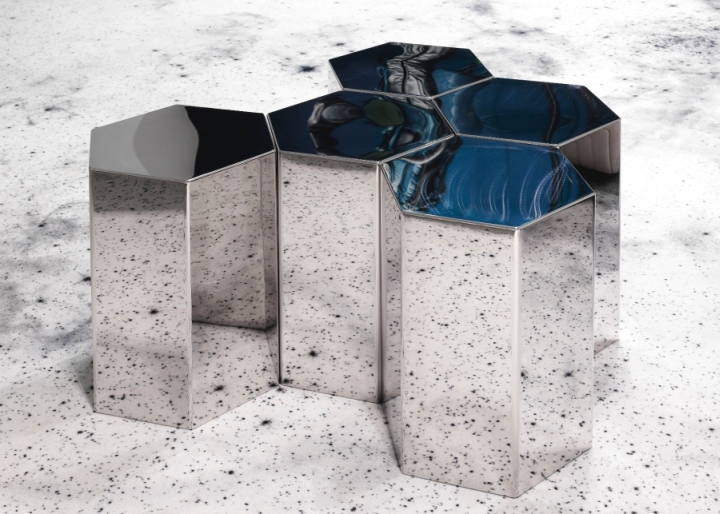 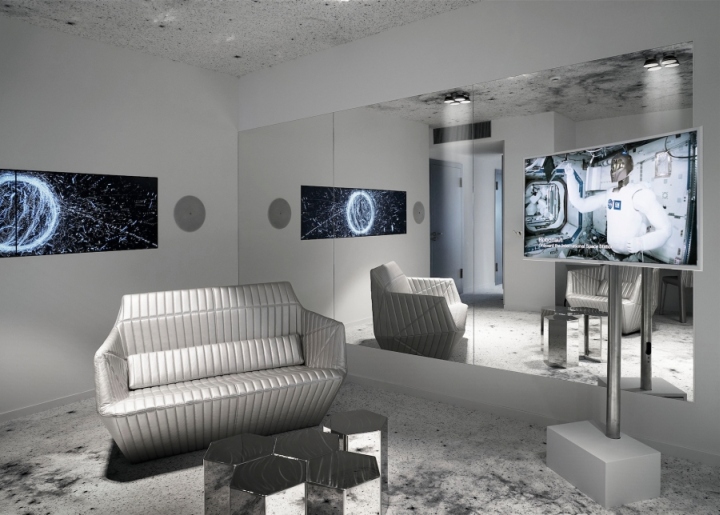 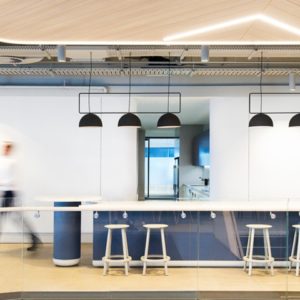 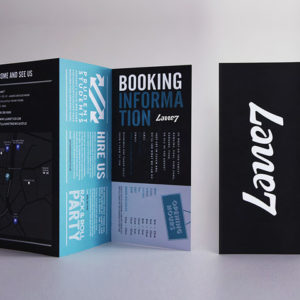 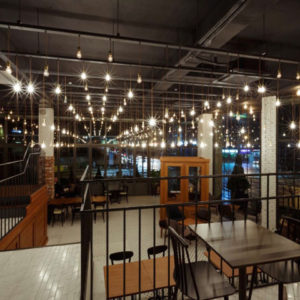