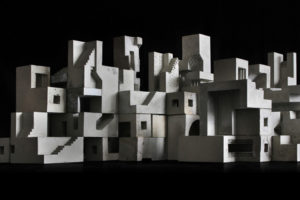 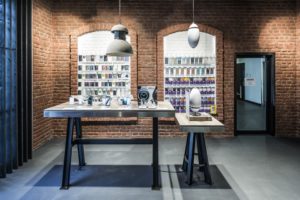 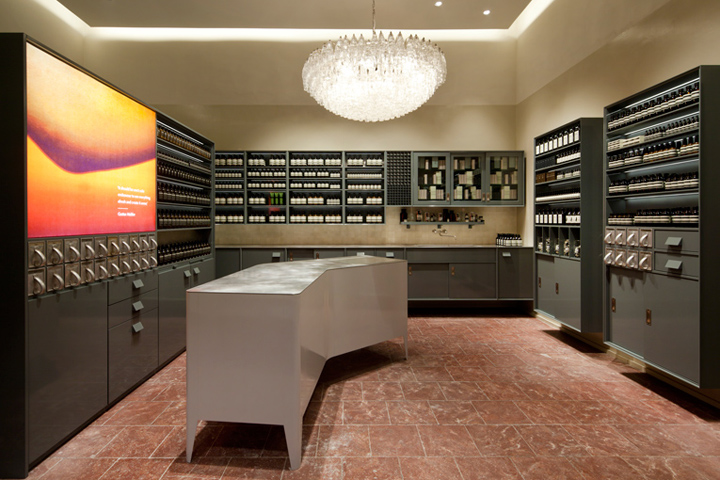 Aesop continues its expansion into Germany’s second-tier cities as the recent opening of a new signature boutique in the heart of Hanover proves. The new retail space, measuring a compact 35 sqm. [377 sq.ft.], is situated on the premises of Kastens Hotel Luisenhof, but has its very own street entrance. For the interior design, the Australian cosmetics brand has once again collaborated with Munich-based creative practice einszu33. Inspiration was drawn from the Frankfurt kitchen, considered the forerunner of modern fitted kitchens and developed in the 1920s for a housing project in, yes indeed, the city of Frankfurt. Interestingly, the design also makes use of existing elements, notably the red floor tiles. A suspended storage system, made partially from repurposed wood and replete with built-in sink, covers all walls, and intentionally contrasts with a supersleek metal sales counter that’s placed in the middle of the store, and a vintage chandelier by Carlo Scarpa dangling from the ceiling. The new Aesop boutique carries the brand’s full range of skin, body and hair care products. 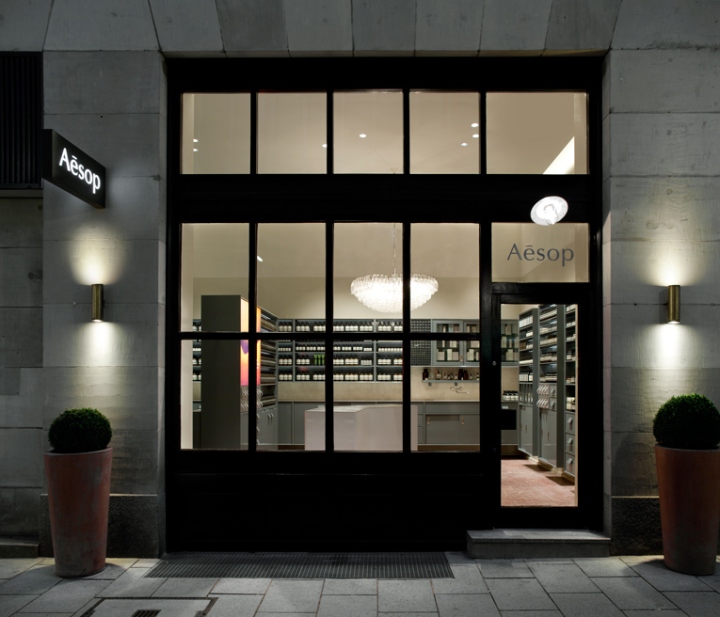 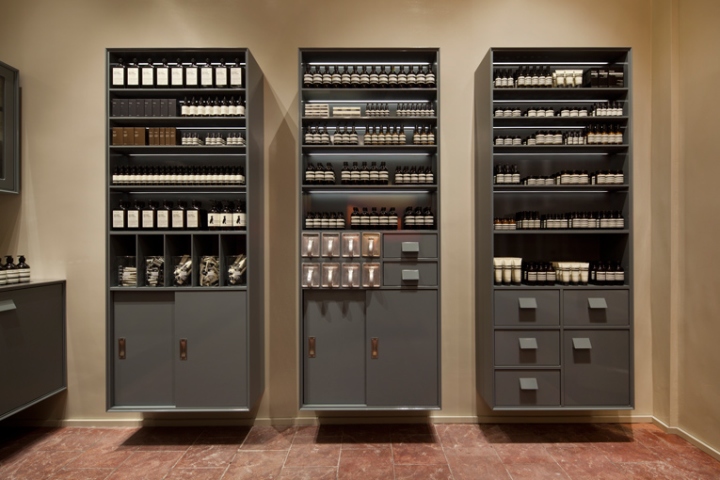 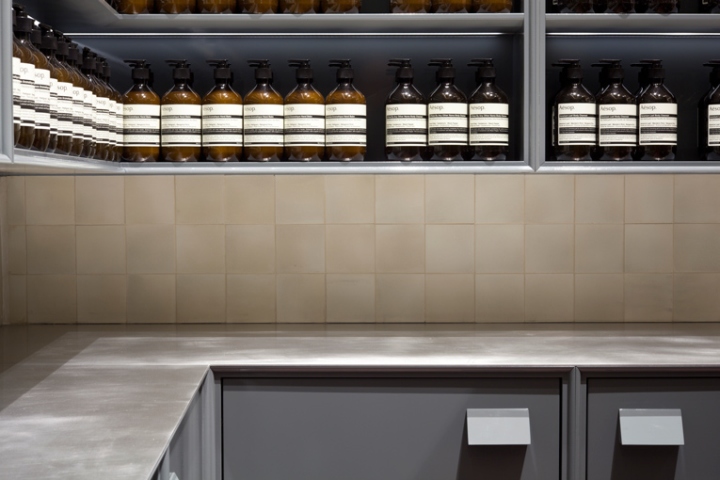 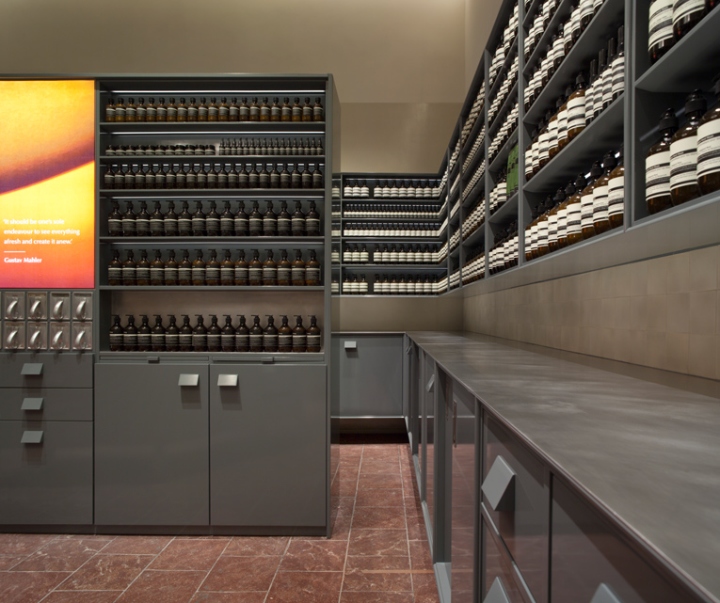 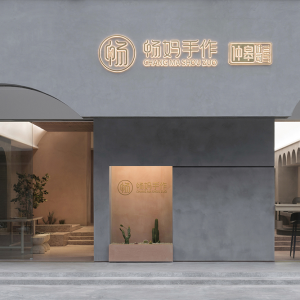 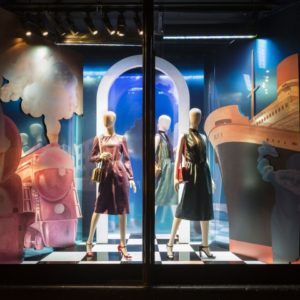 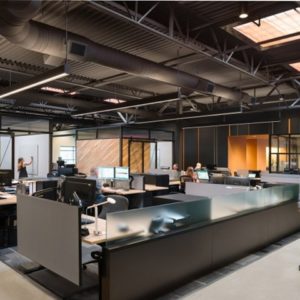 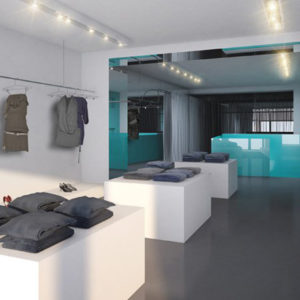