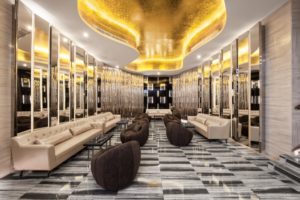 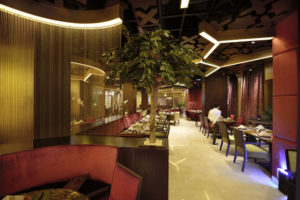 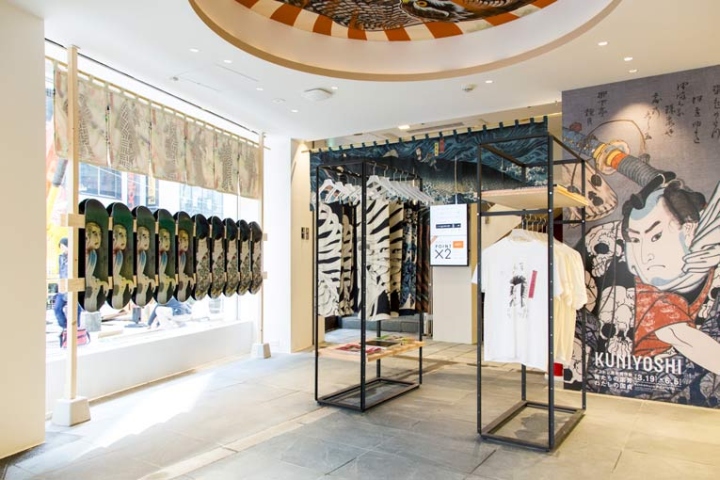 As one of Japan’s most prominent retailers, Beams is present at prime locations nationwide – and Southeast Asia, but that’s another story – and that obviously includes the busy shopping grounds of Shinjuku in Tokyo where it operates no less than six stores. The most prominent one among these outlets undoubtedly is Beams Japan, a multi-storey flagship located just east from Shinjuku railway station. The store had been home to a number of Beams’ many retail concepts, including Tokyo Cultuart by Beams, a special section inspired by Tokyo’s globally renowned pop culture with cool merchandise to match. Marking the company’s 40th anniversary in 2016, the city-centric focus has been widened to match the objectives of Beams Team Japan, a special retail project that not only celebrates the cultural splendour of the Japanese archipelago, but also an extensive and matching renewal of the Beams Japan premises. Beams C.E.O. Yo Shitara initiated the project and collaborated closely with Kundo Koyama, both a celebrated writer and hailed foodie, and the store concept now also caters to eager shoppers with a very fitting culinary component. We might as well start right there and work our way up to the top of the store, right? It’s called Craft Grill, and is an informal dining concept modeled after an eponymous establishment which Koyama masterminded at the bygone-era chic Kanaya Hotel in Nikko. situated in the lofty basement area, it features a contemporary yet rustic-inspired setting with lots of timber, shiny brass shiny brass beer pipes and beautiful glass chandeliers, and has its very own street entrance. Its menu lists western fare with a distinct Japanese twist, in addition to, you guessed it, draft beers. One floor up on street level is where Beams Japan’s main entrance is situated, and as such this floor is an eye-catching showcase where, with the blink of an eye, it’s immediately clear that the store presents Japanese merchandise with a cool urban twist. The setting clearly is inspired by traditional arts and crafts, but it’s anchored in a modern context, featuring wooden shelving adorned by calligraphy, colourful ceiling murals, and rows of nippon-ified skate decks in the window. Products are tightly curated, and come in a wide variety from all of the country’s prefectures, and include t-shirts, homeware, utensils, and souvenir items. Also on this floor is a coffee counter by Sarutahiko Coffee. The second floor presents Japanese fashion at its best with a selection of mens and women’s items by top brands. Beams’ very own collections are paired with selected offerings by coveted names such as Loopwheeler, Teatora and Toyo Enterprise. More style trophies can be found on the third, where a mix of apparel, shoes and accessories, some of which are special collab editions, are presented. The aforementioned Tokyo Cultuart by Beams is obviously embedded in the store’s new format, featuring all things Tokyo cool on the fourth floor. The many settings peak in playfulness, and feature a variety of fixtures with a D.I.Y. edge, paired with quirky props and unique merchandise. The latter includes eyewear, special zines and skate decks. More exemplary items of fine Japanese arts and crafts can be found on the sixth floor. Although it’s still home to B Gallery, the store’s longtime art exhibition space, it now also hosts Fennica Studio, a dedicated showcase for the company’s eponymous arts and crafts product range. An exclusive domain of urban dandies are the building’s two top floors. Amidst a crisp contemporary setting of wooden shelving and vintage furniture pieces, the full range of the Beams F Collection, in addition to related items such as accessories, shoes, men’s bags and compatible foreign brands, is showcased in such a way that it appeals to every man’s inner peacock. 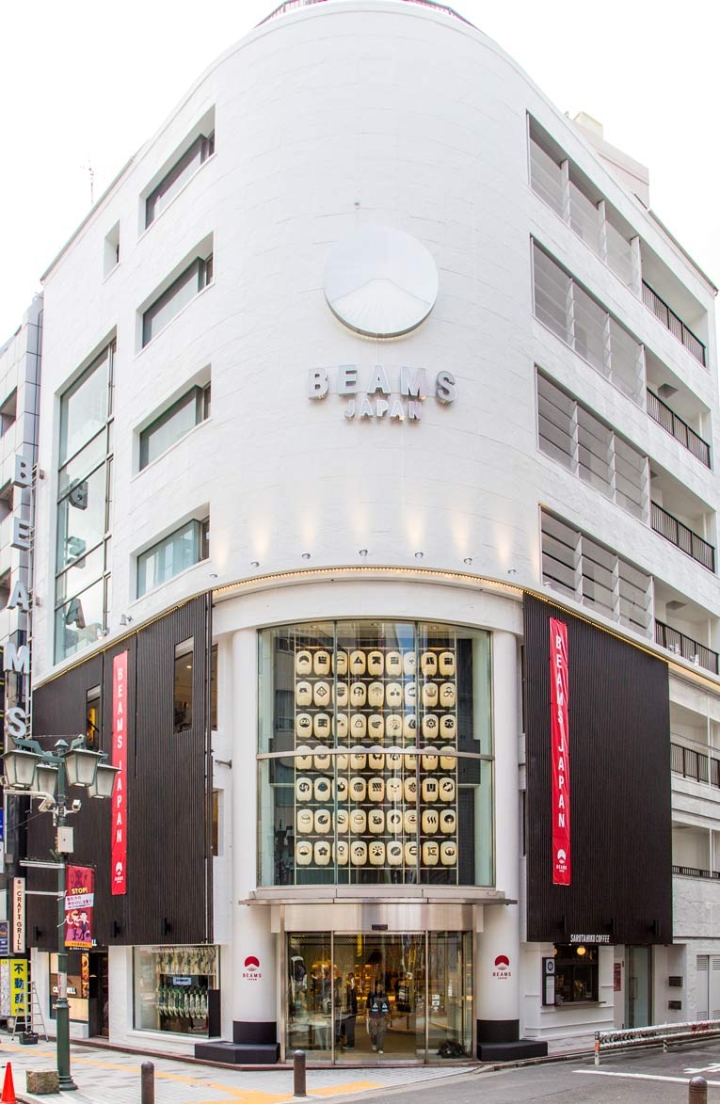 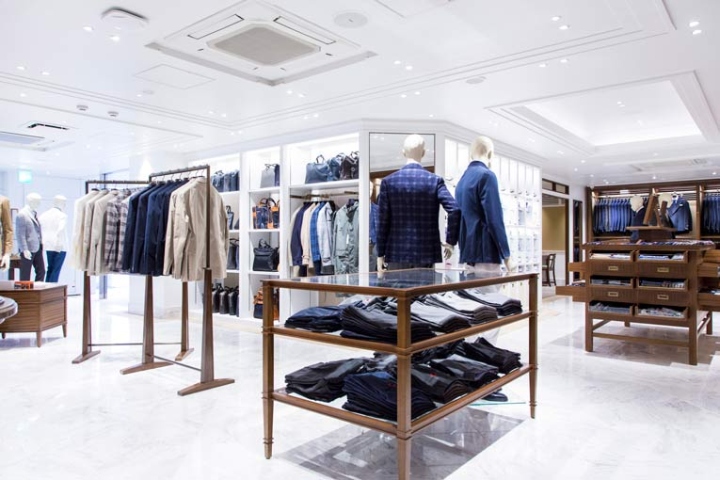 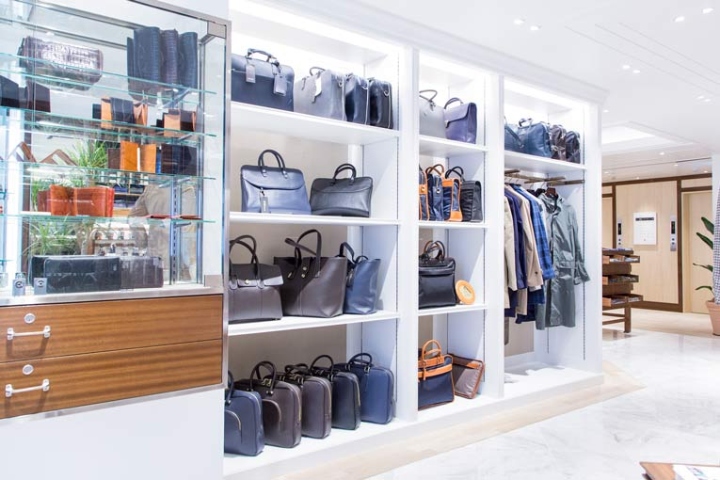 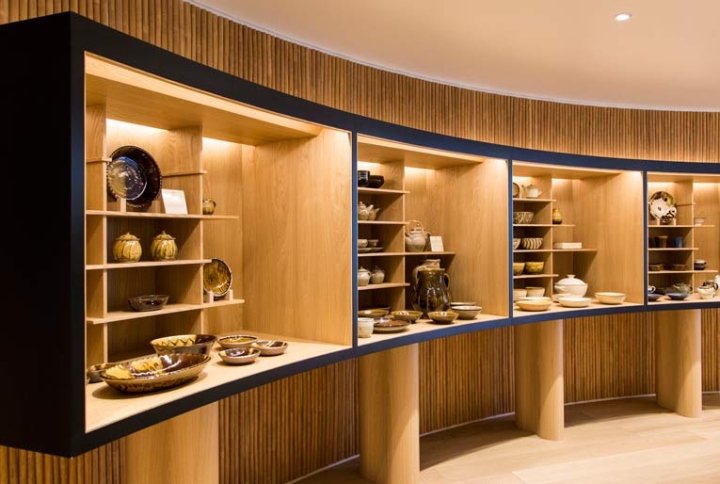 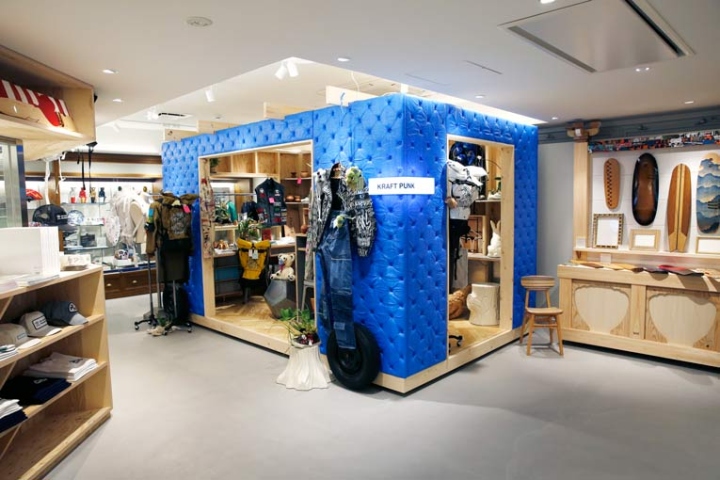 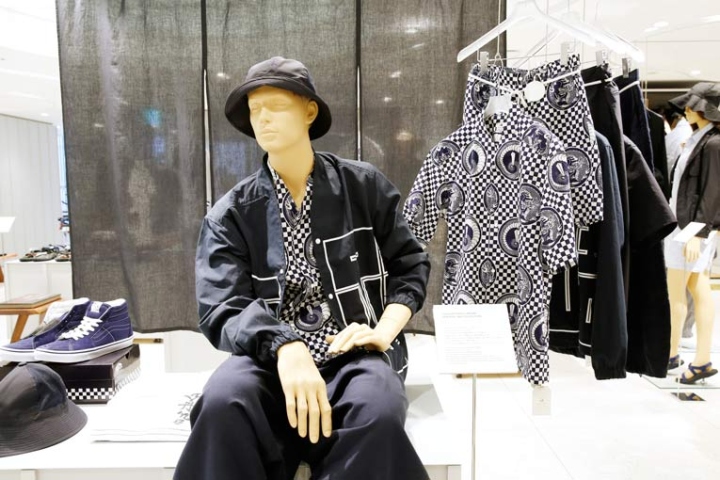 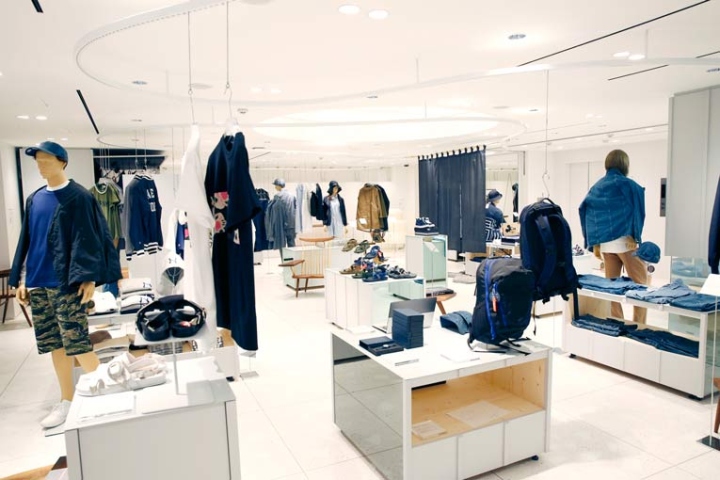 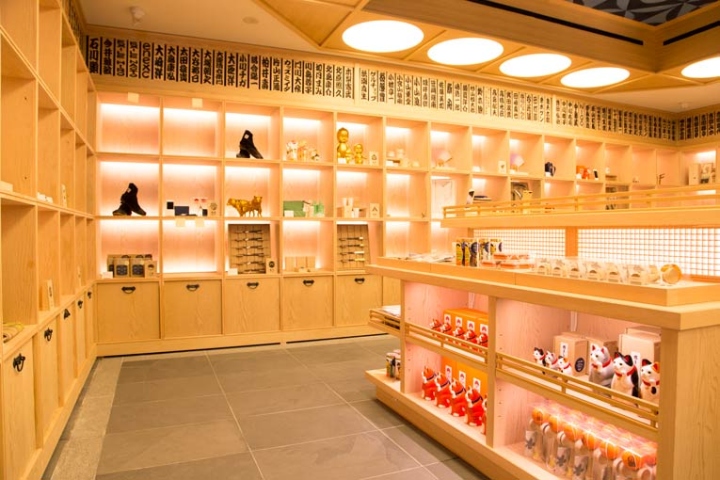 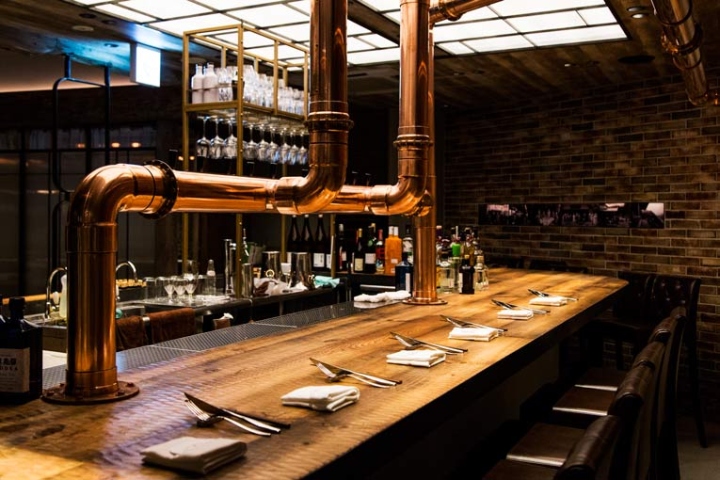 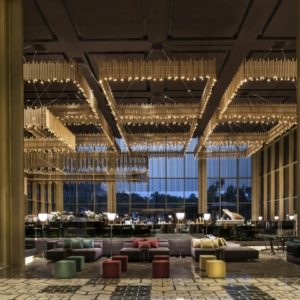 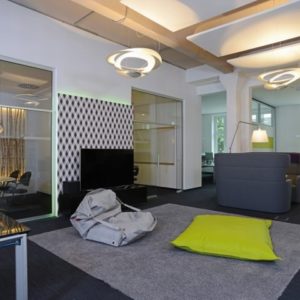 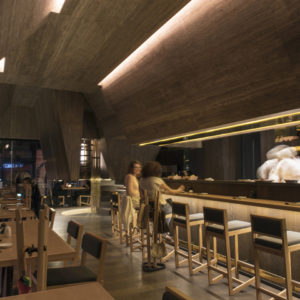 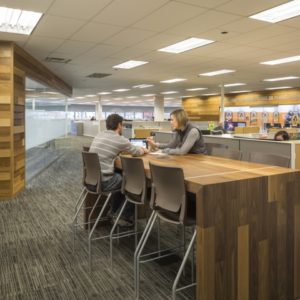