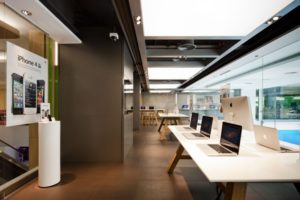 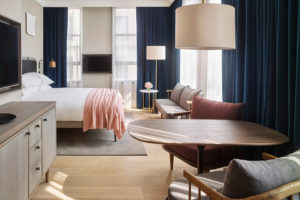 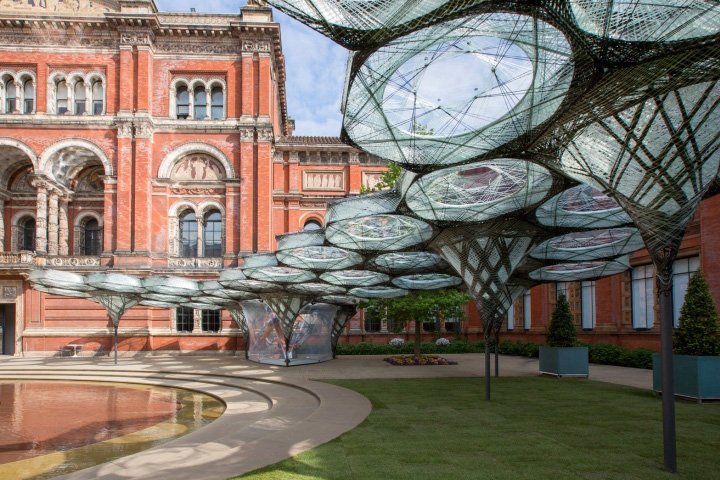 A robotically woven carbon-fibre pavilion developed by a team from the University of Stuttgart has been erected in the courtyard of London’s V&A museum as part of a season of engineering events. The Elytra Filament Pavilion comprises 40 unique hexagonal components that have been robotically fabricated from a combination of transparent glass fibre and black carbon fibre. The web-like design of each component is based on the fibrous structure of beetle’s forewings – named elytra. The pavilion is designed and produced by architect and researcher Achim Menges, in collaboration with architect Moritz Dörstelmann, structural engineer Jan Knippers and climate engineer Thomas Auer. It forms part of an ongoing research project looking at biomimicry in design by the University of Stuttgart’s Institute of Computational Design – directed by Menges – and the Institute of Building Structures and Structural Design – led by Knippers. Each piece of the 200-square-metre structure, which is supported by funnel-shaped legs, is formed by a single length of resin-coated fibre and weighs just 45 kilograms. The glass and carbon fibre is wound around metal formwork by a robotic arm, before being cured to form the rigid hexagonal elements. An on-site robotic contained within a transparent membrane will produce new elements of the pavilion throughout the show, which will run until 6 November 2016. The placement of these pieces will be determined by data collected by fibre optic sensors embedded in the canopy’s glass fibres, Dörstelmann told Dezeen, and will see the pavilion sprawl across the courtyard. The scale of each segment is determined not by the limits of the material, but by the narrow doors of the historic V&A building. But the team believes the material could be used to produce much larger spanning structures. The techniques used to produce the Elytra Filament Pavilion have emerged from an annual series of research pavilions created by Menges and Knippers with students – including one based on the shells encasing the wings of beetles. The pioneering research carried out at the University of Stuttgart, coupled with that taking place at ETH Zurich, is being championed by architects including Wolf D Prix and BIG’s Kai-Uwe Bergmann and has led to a wave in robotic construction. London’s Architectural Association School recently announced its new MSc Design & Make course, which will run alongside its existing programme to focus on robotic technologies and their application in timber construction. Menges will lead a symposium about biomimicry, design and engineering in conjunction with the V&A Engineering Season, which opens on 18 June 2016. The season of engineering-themed events will include the first major retrospective of Ove Arup, the 20th-century engineer behind the Arup group, and highlight projects by British engineering firms including AKT II, Atelier One, Buro Happold, Expedition Engineering and Jane Wernick Associates. 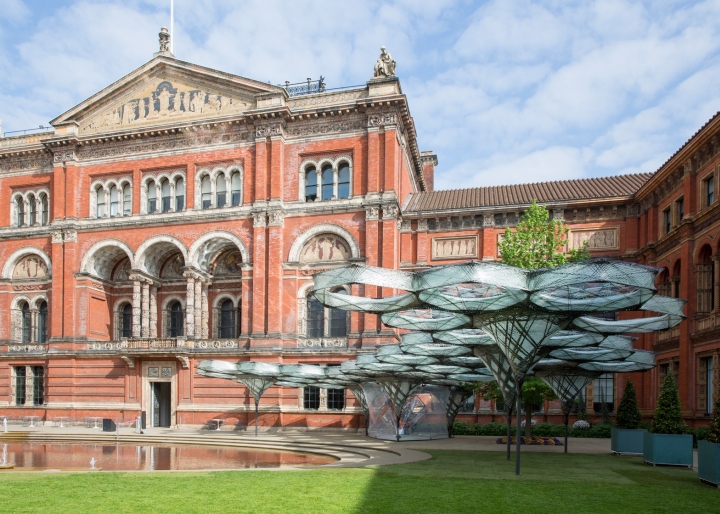 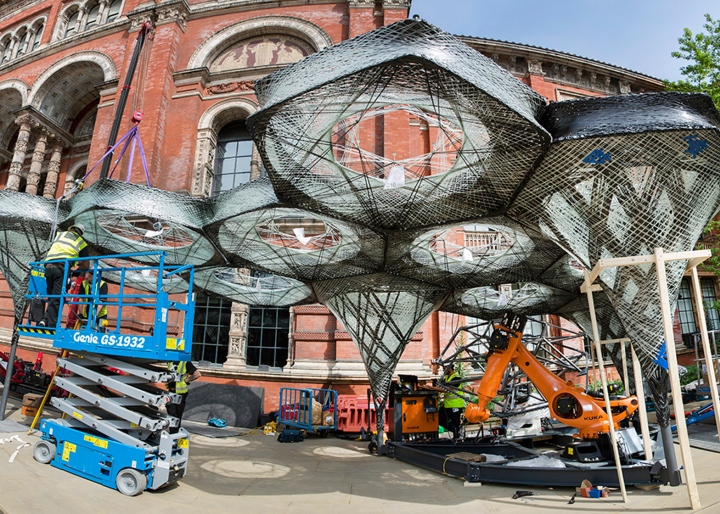 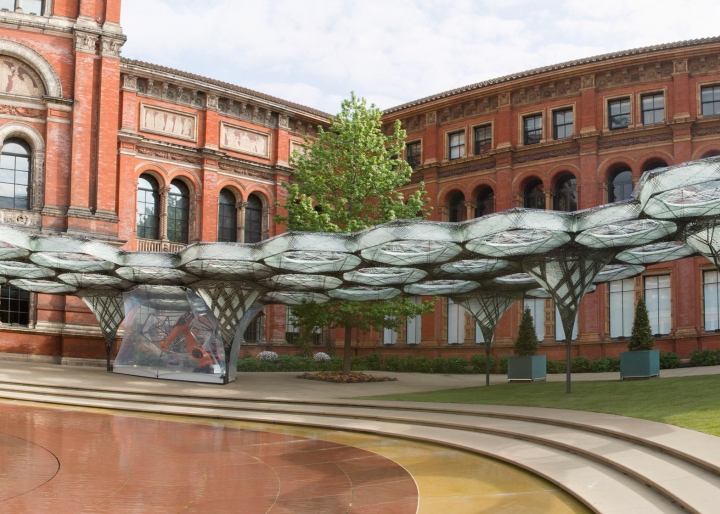 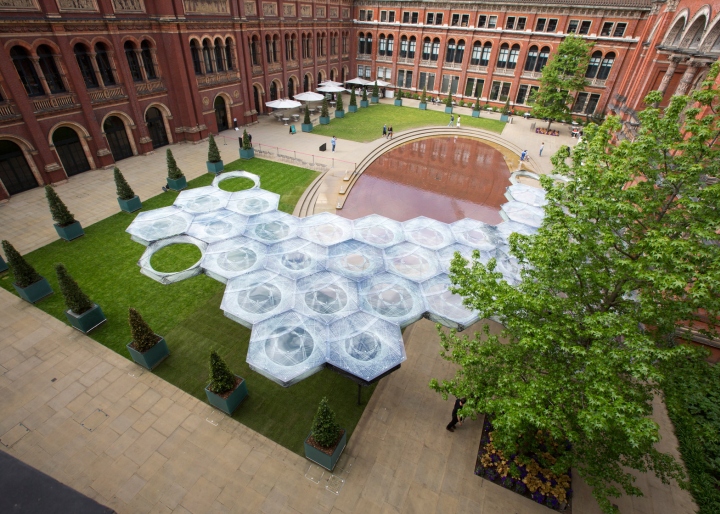 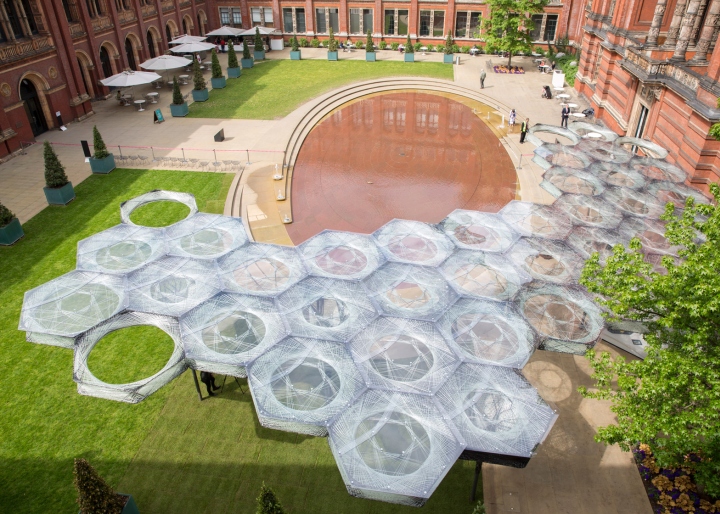 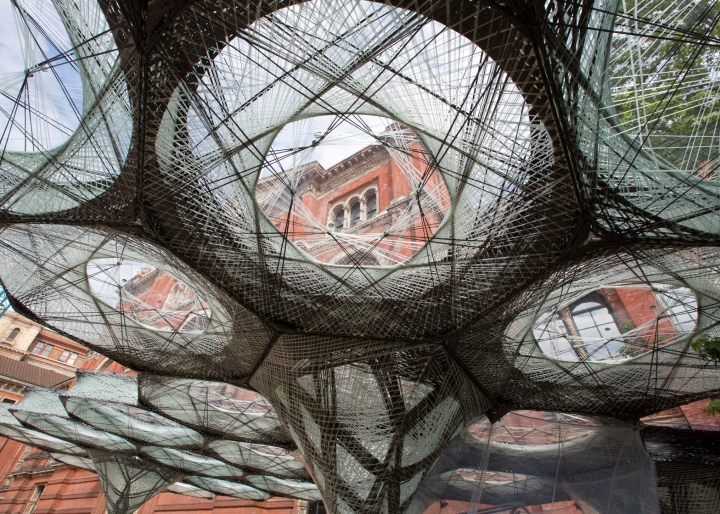 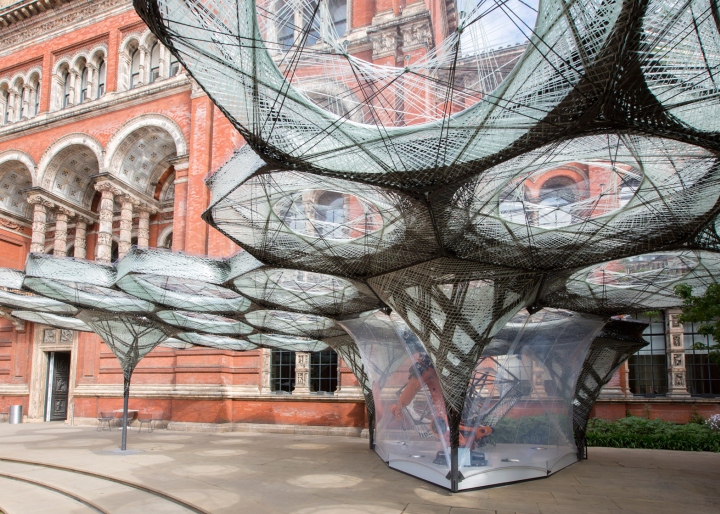 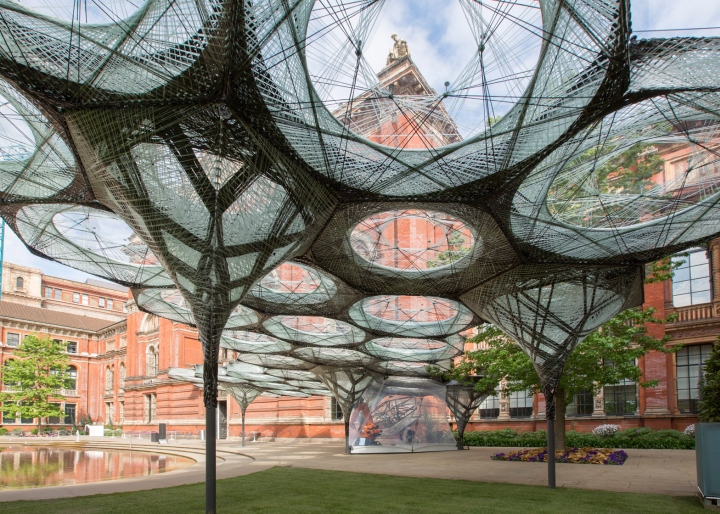 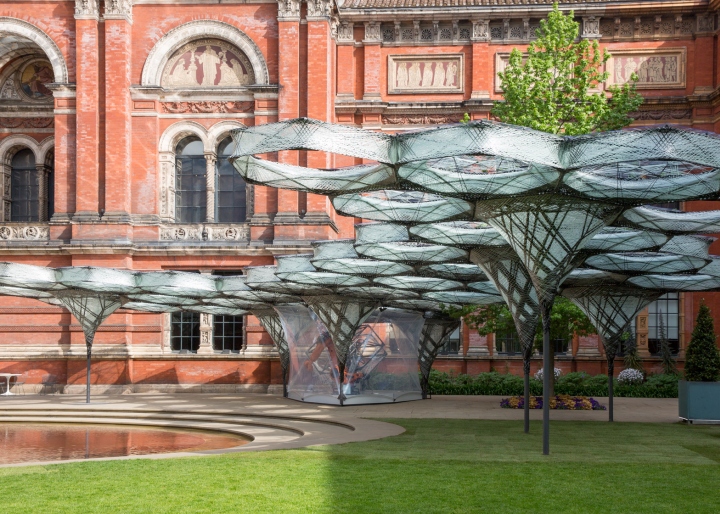 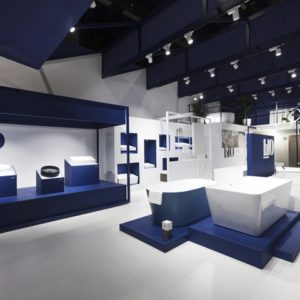 b10 stand at Cevisama by VXLAB, Valencia – Spain by retail design blog 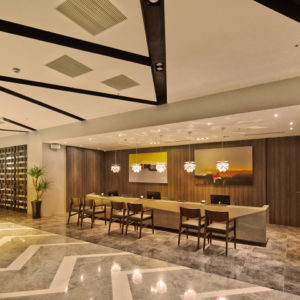 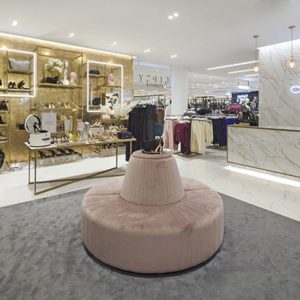 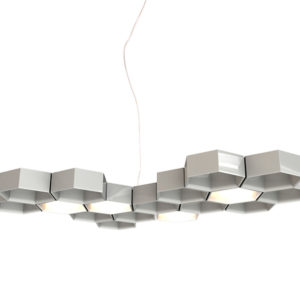