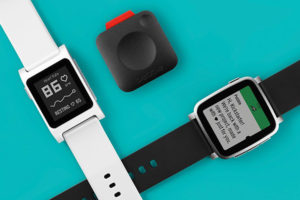 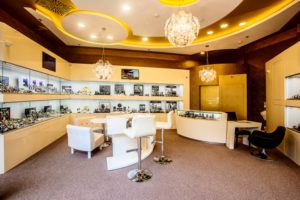 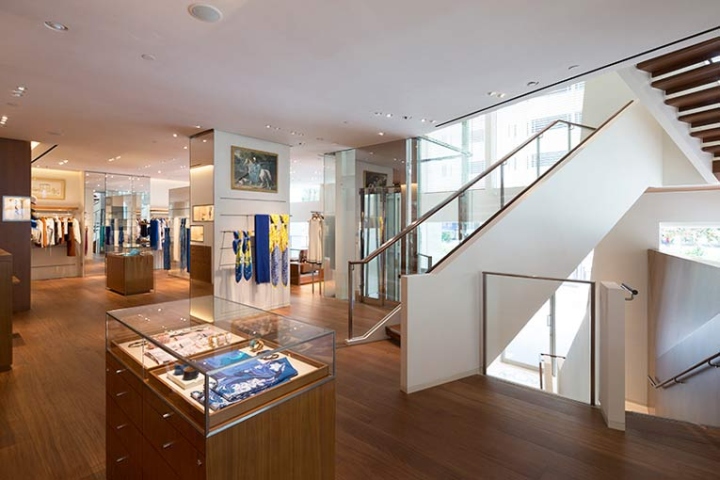 Following an extensive renovation that took little over a year, Hermès has reopened its store in Singapore. Situated at Liat Towers, a highrise mixed-use complex from the late 1970s, it’s where the French luxury house first set up shop in the city thirty years ago. As said, the revamp was an elaborate job, resulting in not only a new interior and expanded retail space, but also a striking grid façade that’s somewhat reminiscent of the renewed Hermès boutique in Beverly Hills. The ornate statuette on the roof – if you should ask, it’s a horse-mounted firework maker, and the character was originally created to mark the luxury brand’s 150th anniversary back in 1987 – marks its special status as flagship store. Inside, it’s four floors of signature discreet splendour, all designed by paris-based practice RDAI, and with each presenting a different segment of Hermès’ elaborate luxury product range. Given the total space of 670 sqm. [7,212 sq.ft.], it’s the full package that’s alluringly presented here in different settings throughout the premises. These different sections are, for the most part, tied in by pristine white floors and teak flooring. The ground floor presents leather accessories, fragrances, men’s apparel, shoes and accessories, and going one floor up, by way of a meandering wooden staircase, shoppers will find women’s apparel, bags, shoes and jewellery. The third floor is home to the elaborate homeware line and furniture, and there’s even a special corner with the brand’s iconic equestrian gear. Also situated here, is a lavish V.I.P. suite for the most discerning of shoppers. The top floor features aloft, the store’s very own exhibition space. Mind you, it’s one of only five Hermès stores on the planet that has such a gallery space on the premises. The venue’s inaugural show, entitled how to disappear into a rainbow, presents an installation with an ethereal feel by Singaporean artist Dawn Ng. 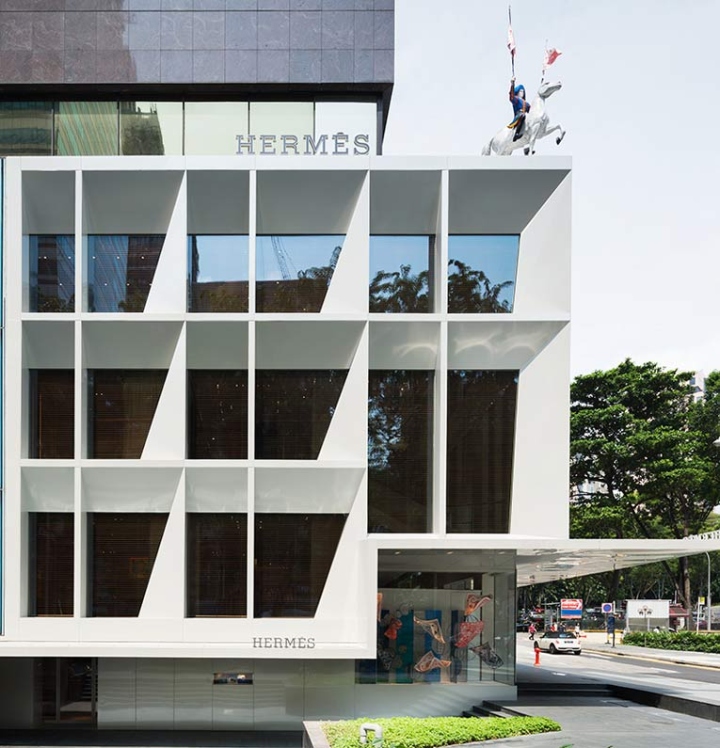 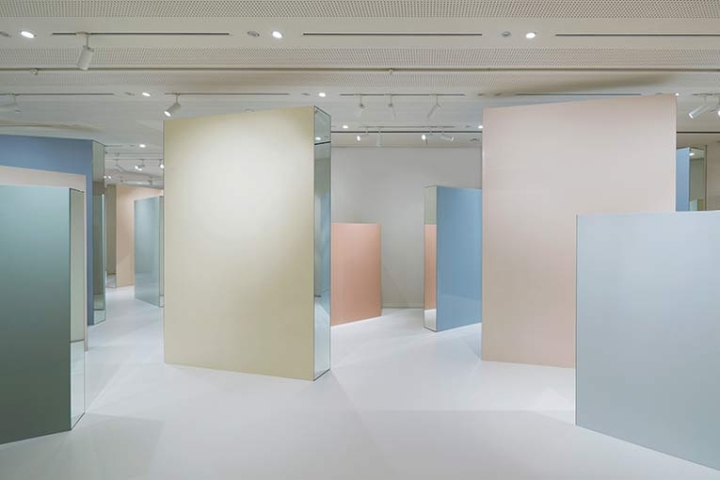 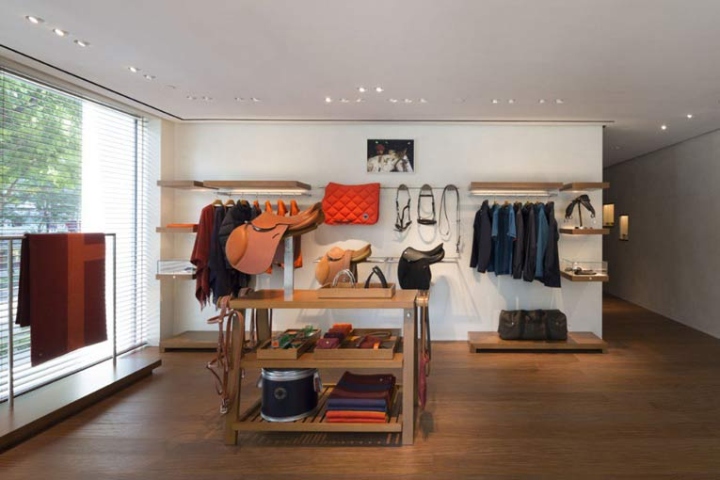 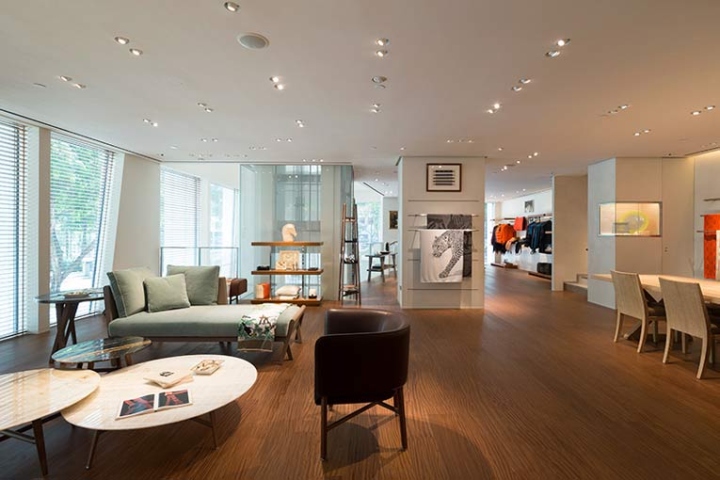 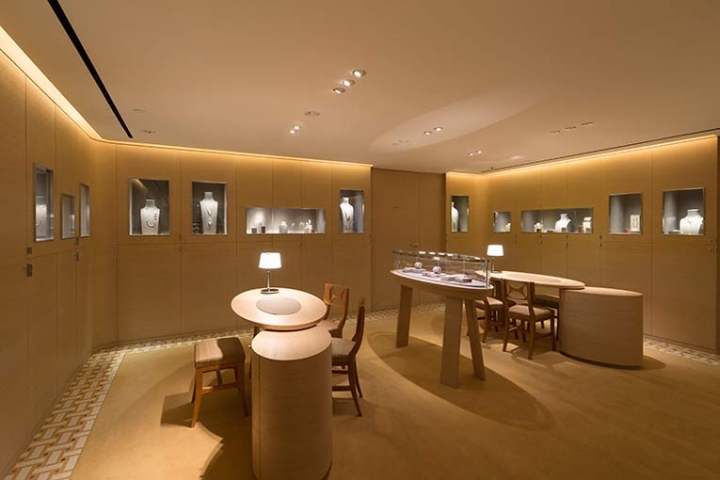 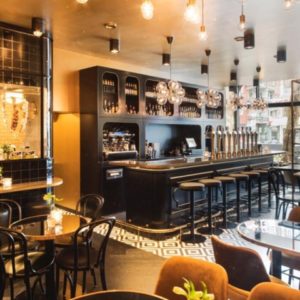 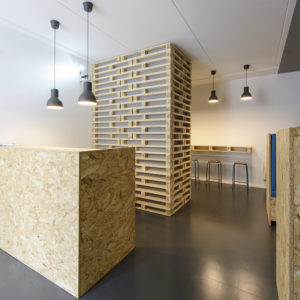 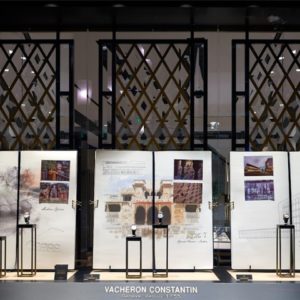 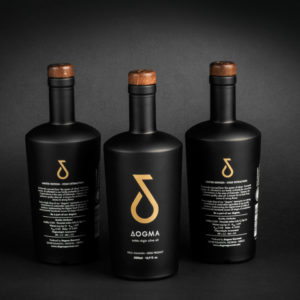