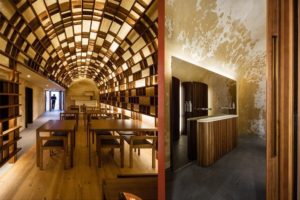 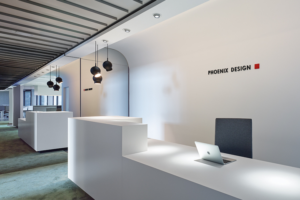 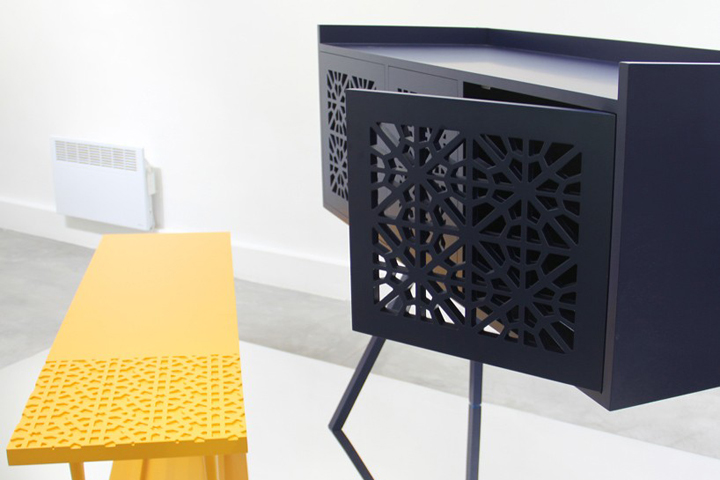 Iranian-American designer Shirin Ehya’s ‘Fantasia collection’ is a celebration of two cultures. Color, pattern, craftsmanship and culture have been combined to produce a series of bold furniture pieces including a coffee table, desk, book shelf cabinet and side table. Displayed in Galerie Joseph in Le Marais Paris, the collection is reminiscent of the tile work seen in Iranian architecture and most noticeably the Shah monument in Isfahan which is defined by its traditional tile work called ‘Cuerda Seca’. This particular tile work was used for weatherproofing clay bricks and became a canvas for the craftsmen to communicate with locals. In addition, Persian tile masters would only use seven colors to highlight the intricate patterns created. Shirin Ehya balances straight lines and a mid-century design aesthetic with Persian elements to result in the modern frames of lacquered wood, which has been laser-cut with a specific lattice pattern. Lapis blue, royal blue, white, black, yellow, turquoise and orange; seven rich and vibrant hues have been applied to the pieces of furniture and fittingly are the seven main colors seen on the Shah monument. ‘The seven colors chosen for our mid-century inspired furniture. This period for me signifies a time when the modern era clashed into Iran’s traditional world, creating holes and gaps along the way. As for Cuerda Seca, it was a turning point that created possibilities. Bringing old traditions and practices into the new era. So in my eyes, ‘Haftrangi’ is not only a technique using seven colors to compose fantastic patterns, but it also signifies an instrument of evolution which ushered in the new, and built on the old without destroying the roots.’ – Shirin Ehya 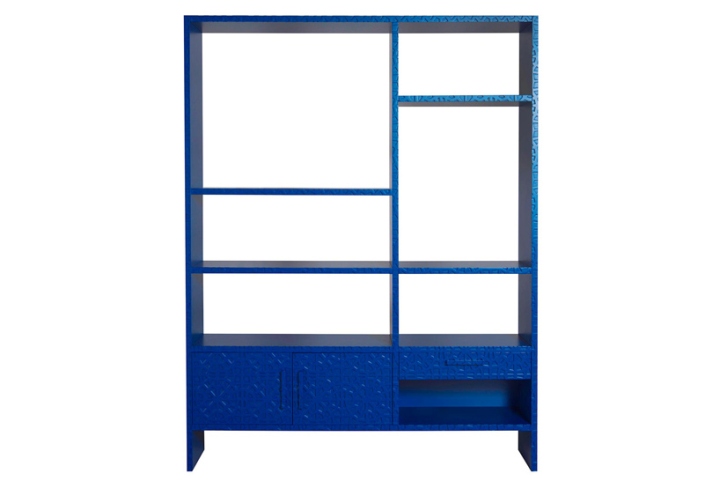 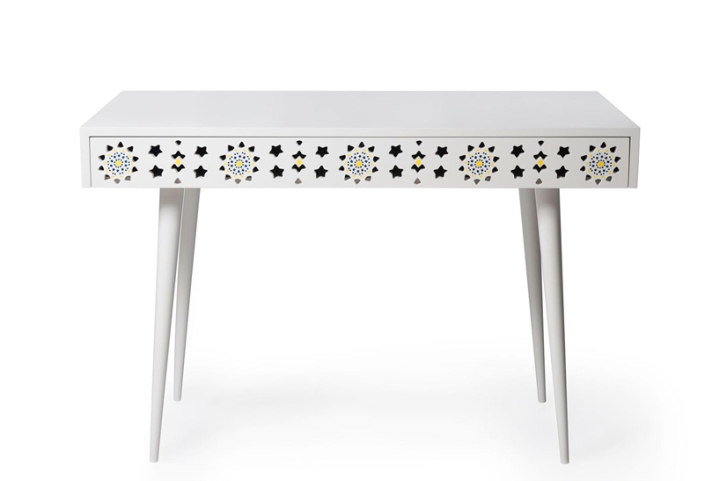 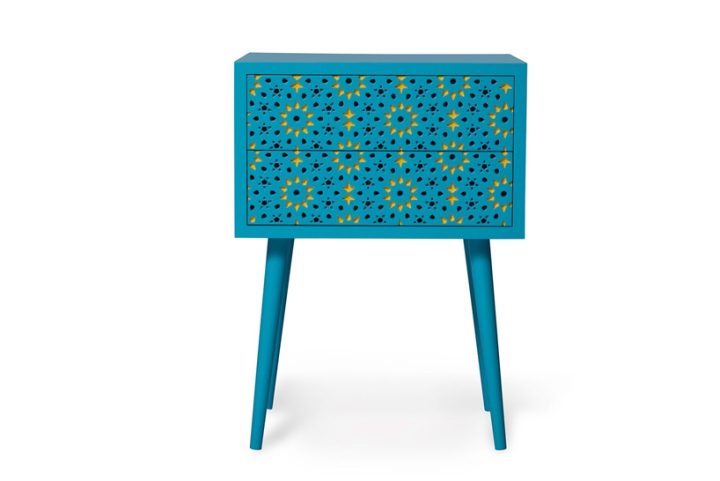 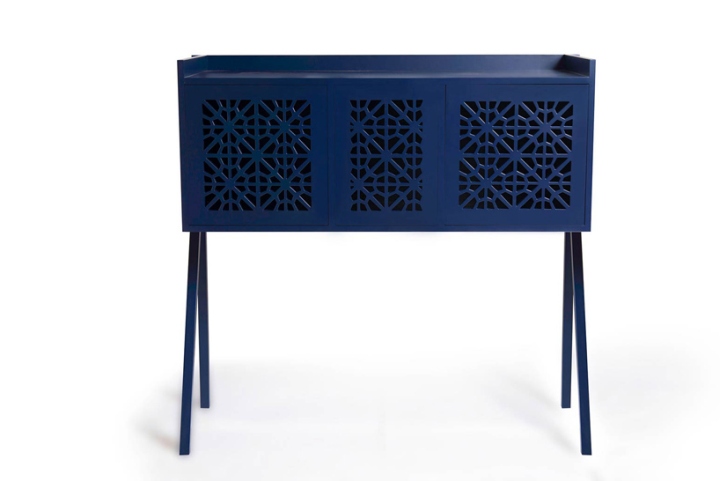 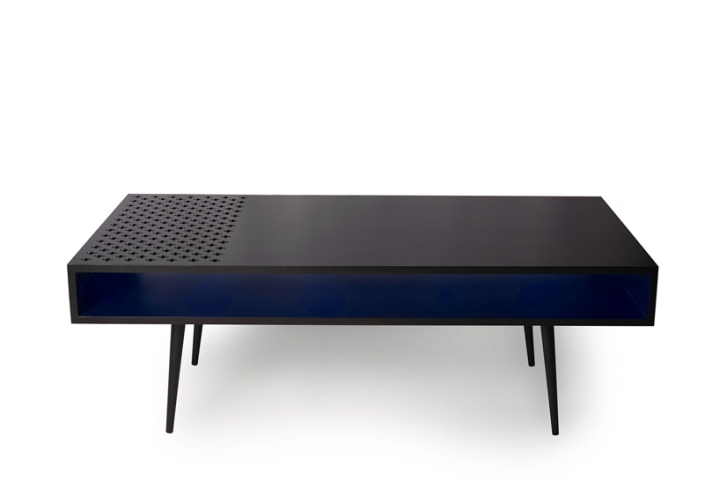 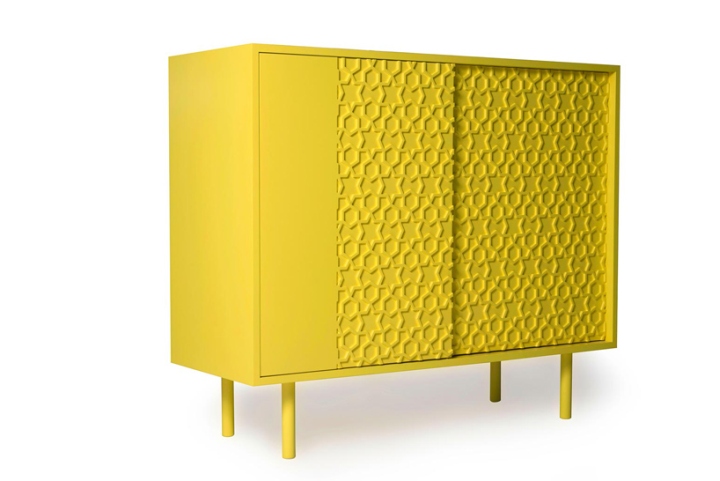 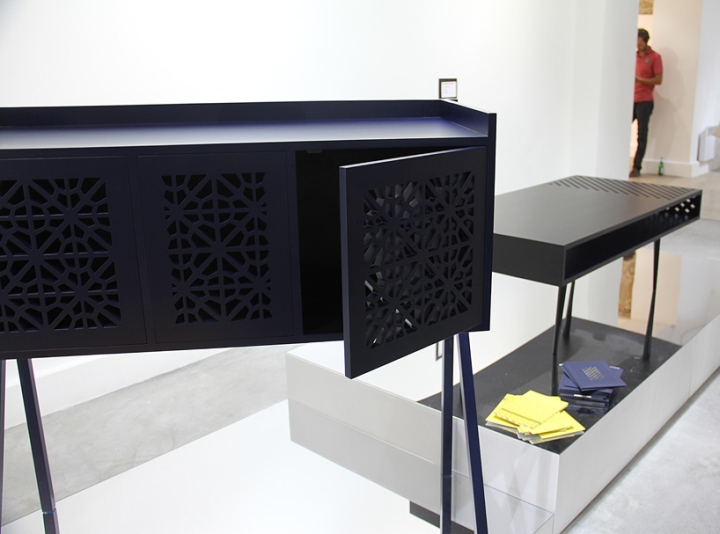 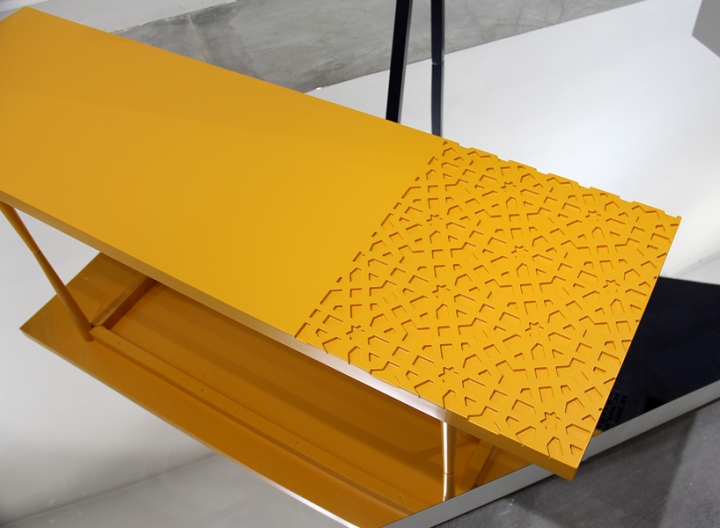 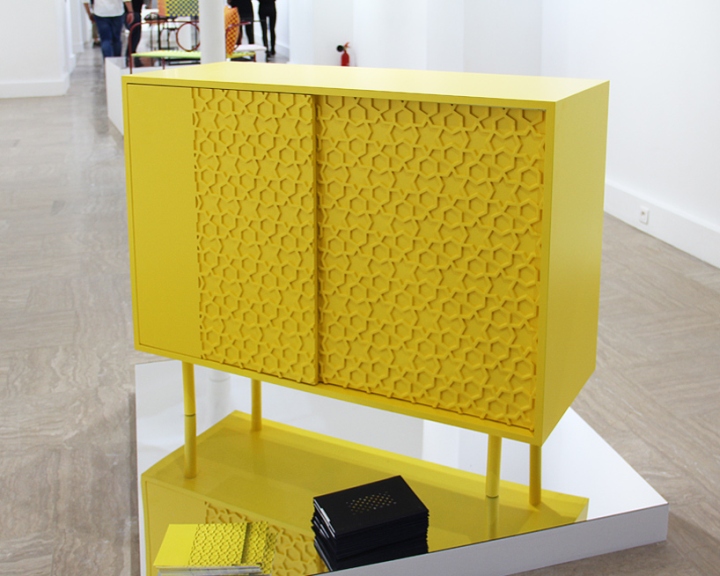 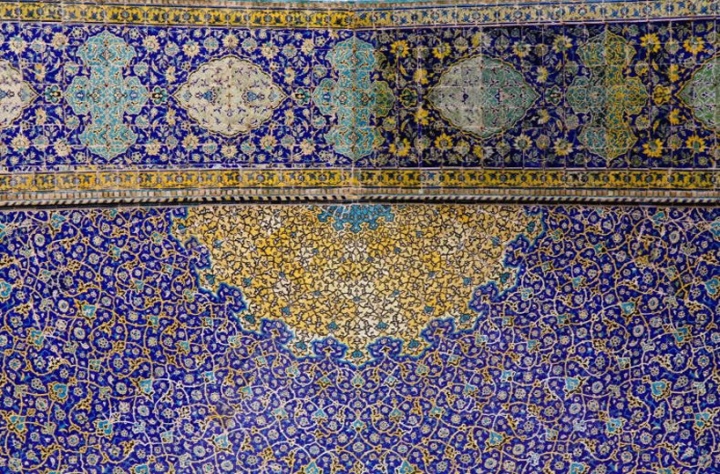 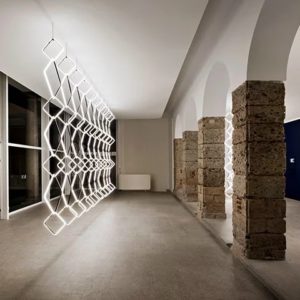 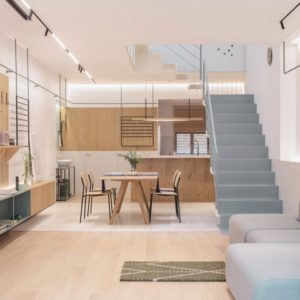 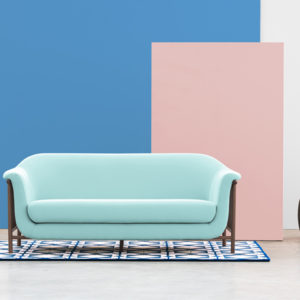 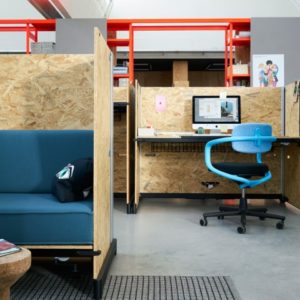