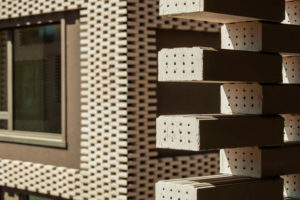 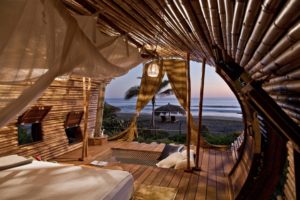 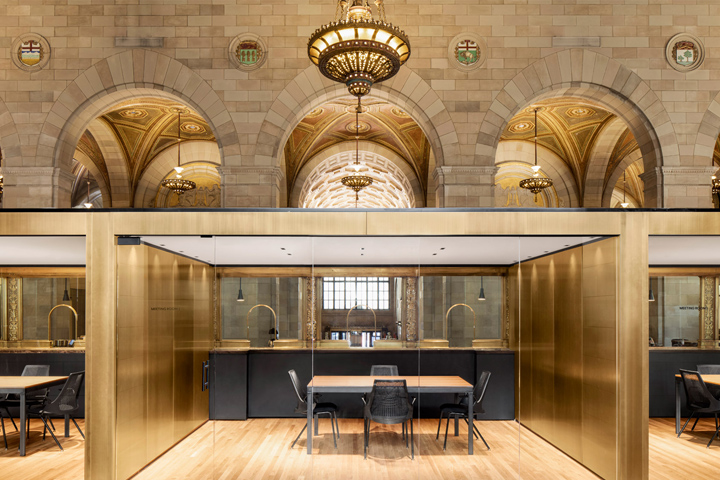 A former bank in the historic centre of Montreal has been transformed into an office for a tech start-up and a cafe for freelance workers by local architect Henri Cleinge. The Crew Offices and Cafe are located in the city’s old Royal Bank, built in 1926 on Rue St-Jacques. Cleinge’s brief was to create a space for both Crew Collective employees and members of the public, with a design that was contemporary and function but sat well within the decorative surroundings. “The first design challenge originated from the client’s requirements – how to elaborate an architectural relationship and construct boundaries between the various program functions,” said Cleinge. “The second challenge became a deeper questioning on how to approach design in the context of a heritage building.” Spread across 12,000 square feet (1,115 square metres), part of the office area is designated for Crew staff. Glass dividers separate these spaces from the areas for hot-deskers, but are designed to encourage interactions between the two camps. “This environment was meant to create a flow and possible interactions between permanent and temporary workers, nurturing co-working in the tech community,” said Cleinge, who previously built a house for himself in Montreal with concrete walls inside and out. Wi-Fi access and lockers for computers are provided for the short-term tenants, who can rent desks by the week or month, as well as casual visitors using the cafe for a couple of hours. A line of conference rooms – which can be booked by anyone – is divided by internal partitions and clad in bronze-plated steel to match the ornate detailing of the high ceiling. Teller stands from the building’s previous life had to remain, so they became a divider between the public cafe and more private workspaces. The bank’s marble floor, painted-plaster ceiling and custom brass light fixtures were all retained and restored. “The teller stands as well as the existing building shell offered a great design opportunity, as a rich and textured background; a testimony to another era, which could thrive with a new function redefining its purpose,” the architect said. 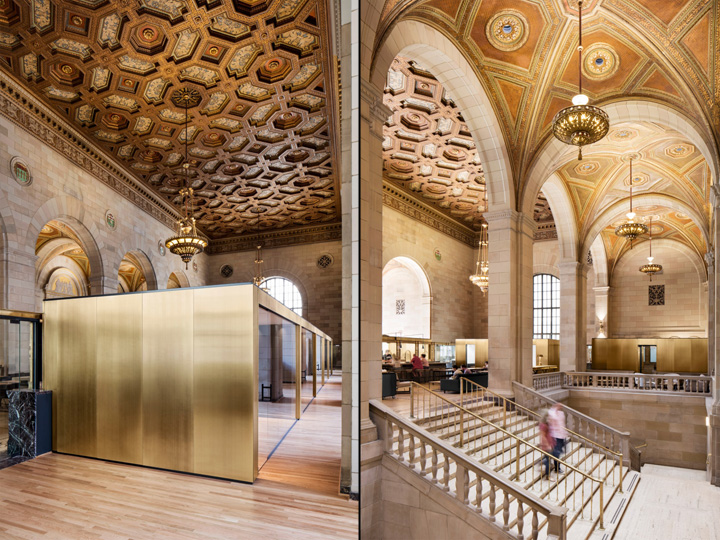 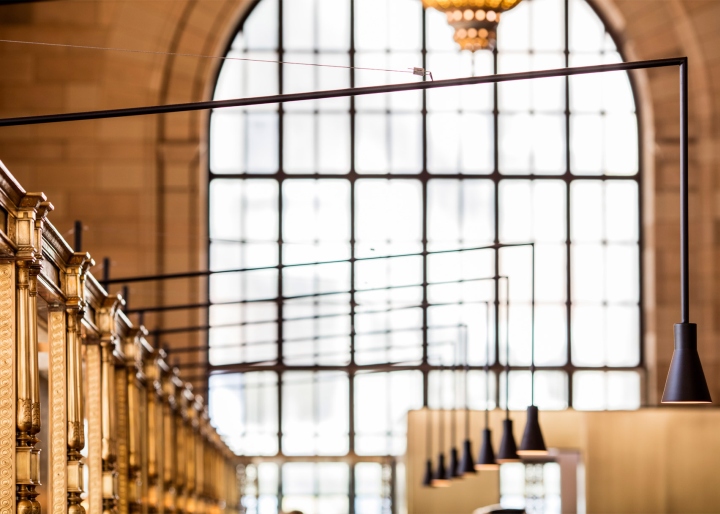 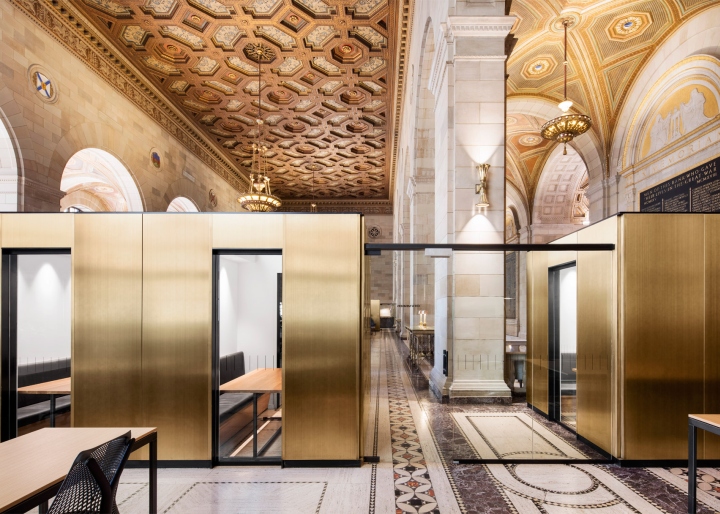 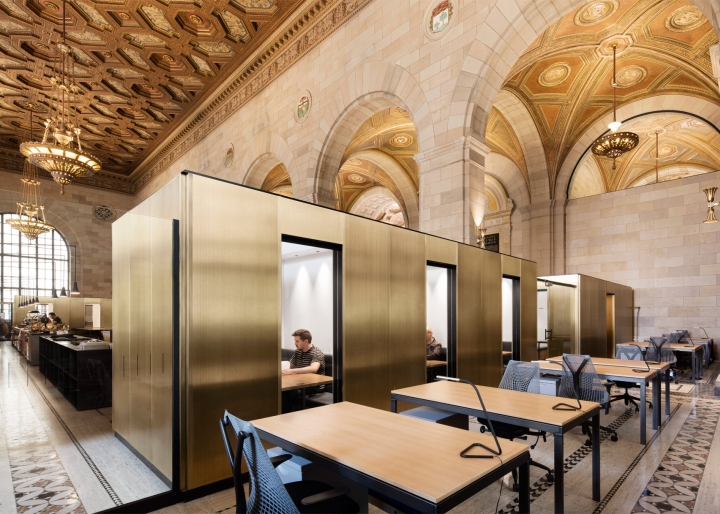 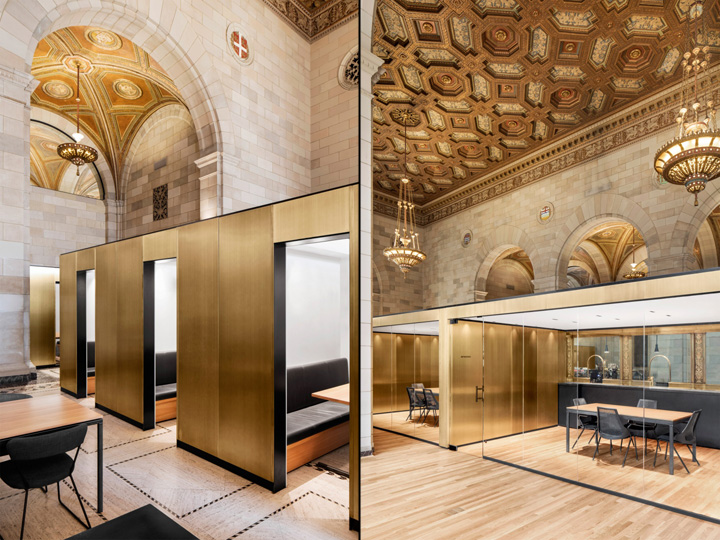 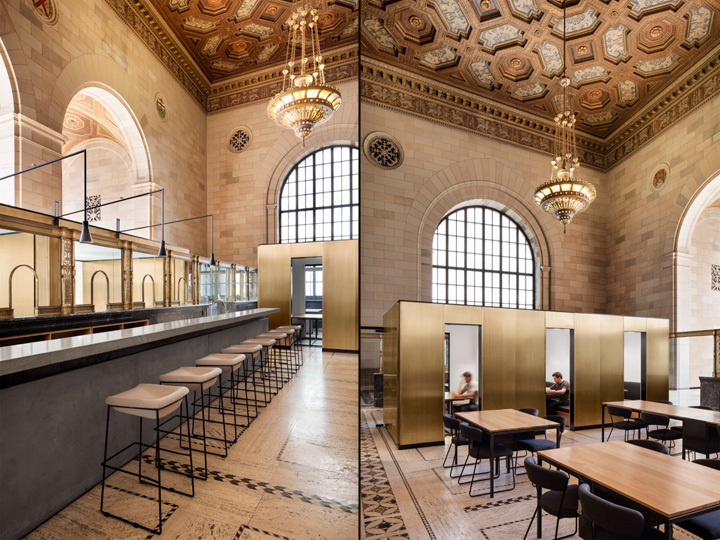 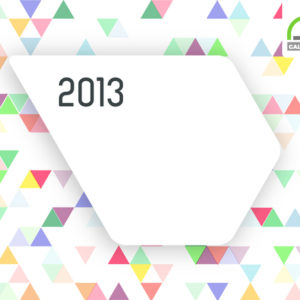 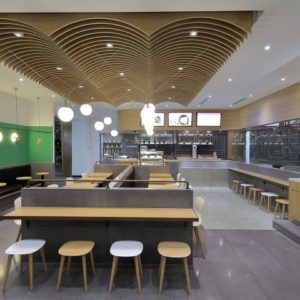 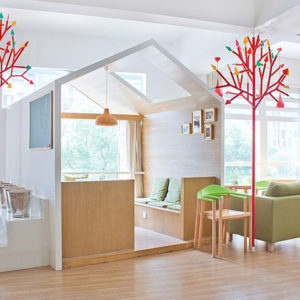 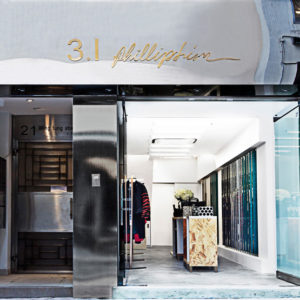