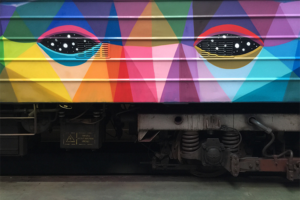 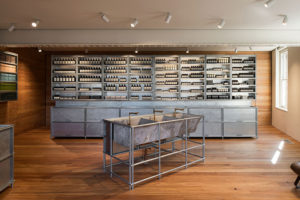 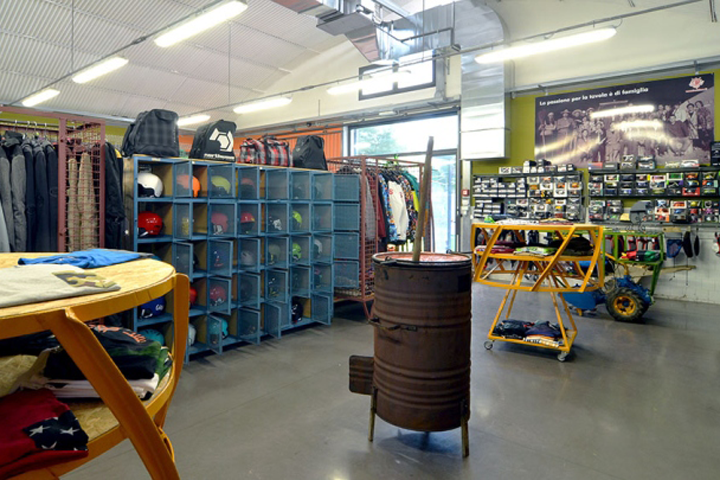 The project consists in the realization of the new headquarters of freshfarm.it, a leading seller in the field of snowboarding and all related accessories and clothing items. As the company’s activity is mainly online-oriented, until now a much more modestly dimensioned shop had been sufficient for traditional selling. It then became necessary to move the shop to a more spacious location which could also allow to join the point of sale with the store, located at a distance of 5 km from the previous shop. Since the beginning, the owner wanted to evoke, as demonstrated by the name itself of the company, the agricultural world his family comes from; this was the foundation for every aspect of the project for the realization of the new headquarters. A now-disused agricultural building was already available, which had been previously served as a stable and is located at the foot of the hills near Sassuolo. As the area is subject to environmentally protective restrictions, it was not possible to alter the external shape of the building or the position of the openings; the only modifications to the exterior of the building were therefore a change in colour, with a more appropriate decorative pattern which is at the same time simple and recurring in its reference context, and a reorganization of the yard overlooking the building. The wide inner space was instead divided into two parts, of which the greater is meant to serve as a store, with the incorporation of an efficient system of prefabricated metallic scaffolds, while the second part houses the showroom and point of sale, keeping in mind the e-commerce-oriented approach of the company. Only some of the available articles are displayed; thanks to touch screens and tablets made available to the customers, it is possible to browse the entire catalogue. Once found the article of interest, the shop assistant immediately fetches it from the adjacent store room. The decor was also chosen coherently with the desire to express a strong attachment to the agricultural world and the “green” vocation of the brand, which on the one side takes peasant culture as a reference and, on the other, aims at a deep respect of the environment. For the most part furniture consists of recycled object, which were already in the possession of the customer since they were recovered from the now-ceased agricultural activity of his family (tools, cages, plows, tractor wheels, etc.) and “poor” furniture. The rest of the elements, destined to highly specific functions (fitting rooms, displays for snowboards and clothing, etc.) were even designed and artigianally realized by the customer himself. The building was also restructured in such a way as to keep energy consumption to a minimum, with a strong investment in cohibentation and a photovoltaic plant made of sunpanels distributed over the entire surface of the roof. The end result is an environment with a distinctly familial, “raw” atmosphere, fully coherent with its context, while at the same time young and modern, which fits perfectly with the reference target. 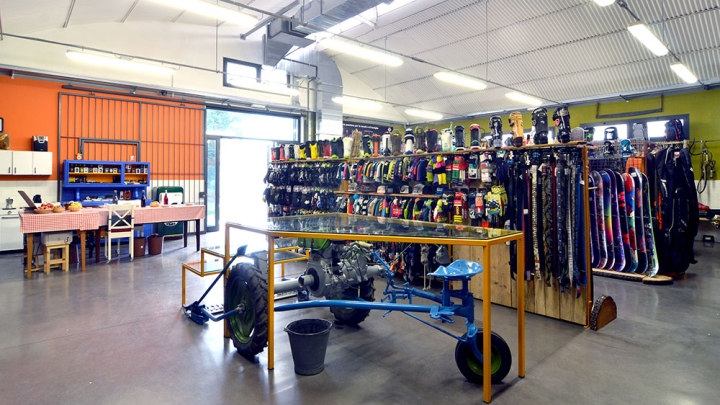 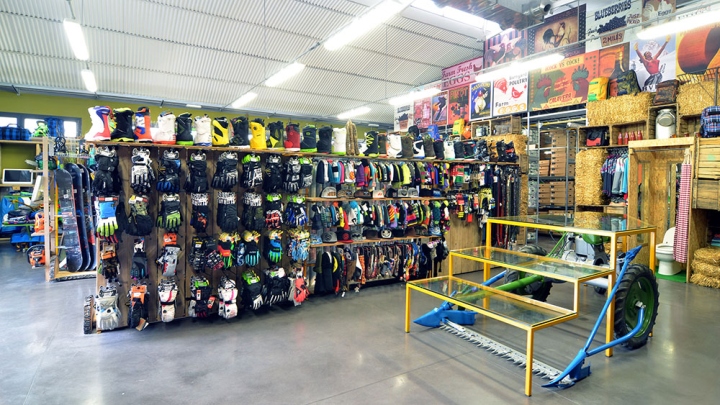 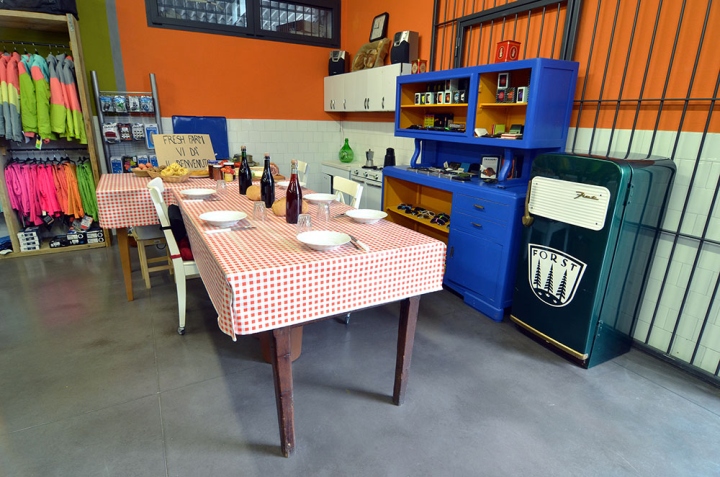 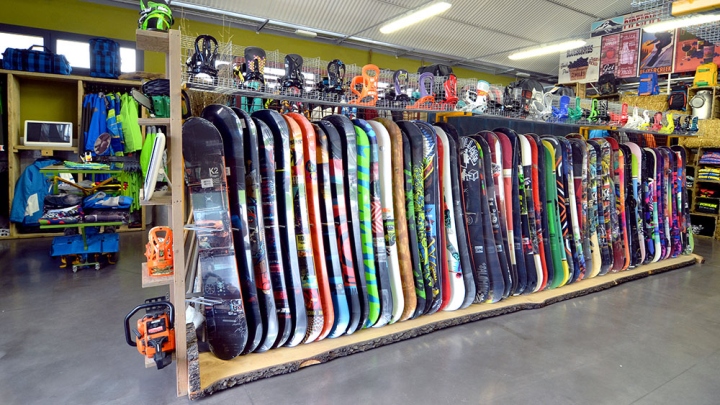 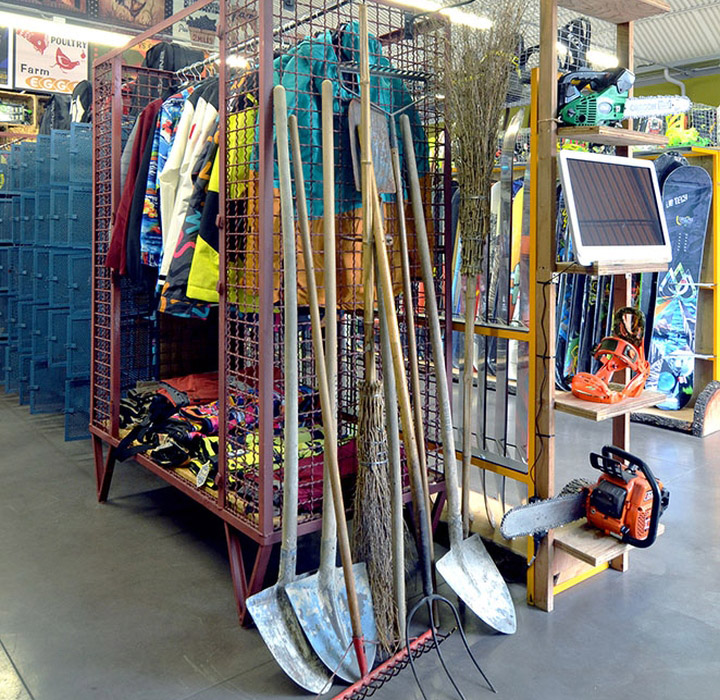 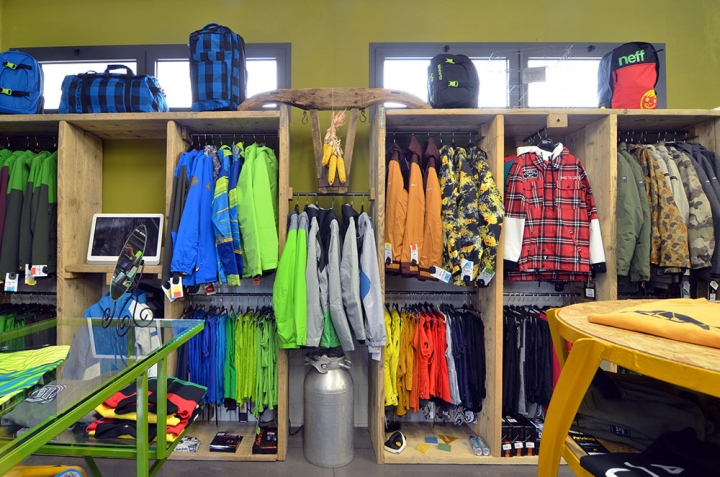 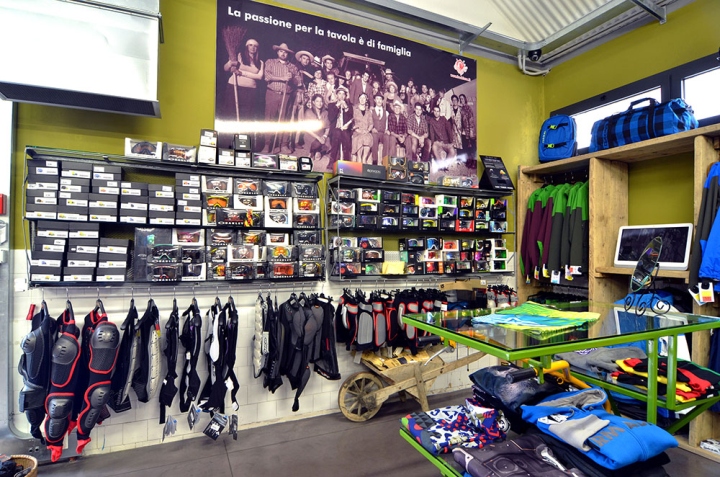 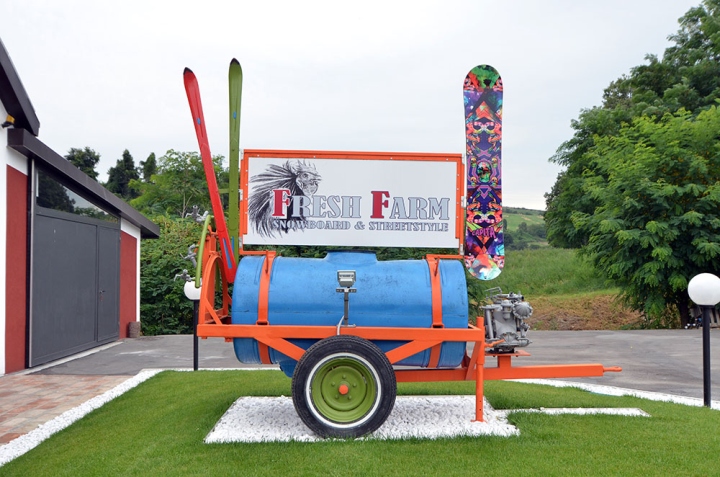 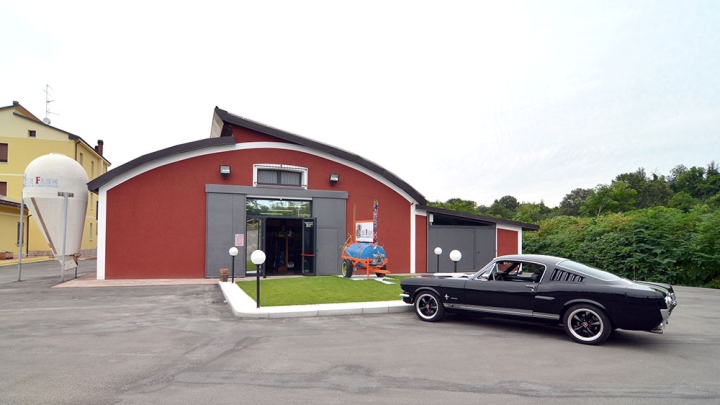 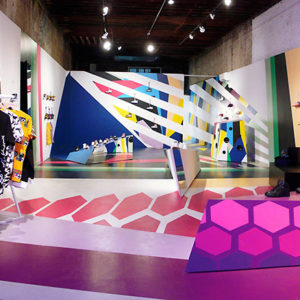 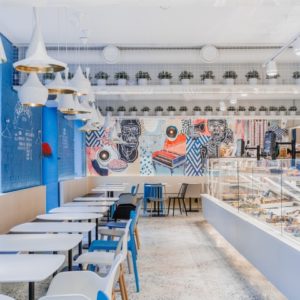 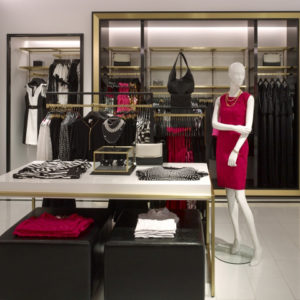 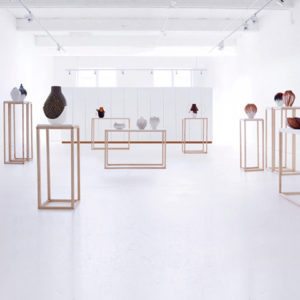