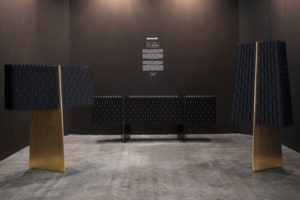 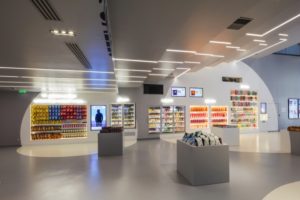 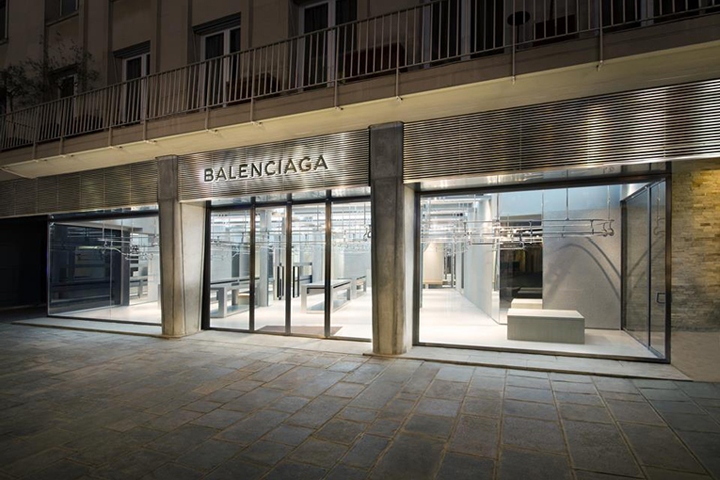 In the upper echelon of fashion, the cyclical creative motion has been given an additional spin, and it’s one that seems ongoing. The recent reshuffle of designers creates intriguing new perspectives on the catwalk, and these changes start to trickle down faster to the realm of retail, helping to project an even more consistent creative vision. As head designer of cult brand vetements, Demna Gvasalia hardly requires further introduction, but the quirky designer instantly gained the global limelight when he took up the position of creative designer at Balenciaga in 2015. Gvasalia’s introduction at the luxury house by the Kering conglomerate has proven to be a successful one, and the effect has begun to ripple across all areas. Following last year’s launch of a brand new Balenciaga boutique in Los Angeles – the first major retail endeavour under the supervision of the Georgian designer – its flagship store at homebase Paris has now been fully revamped according to the latest design codes. Opened to much fanfare only four years ago when Nicolas Ghesquière was still creatively calling the shots, the interior aesthetic has dramatically shifted from graphic and colourful, to austere and industrial. To achieve the transformation of the lofty 300 sqm. retail space and thus have it made fully compatible with the creative trajectory he has envisioned for Balenciaga, Gvasalia tapped Berlin-based architecture practice Gonzalez Haase. The setting boasts clean lines, and cleverly incorporates the building’s concrete shell into a contemporary palette dominated by concrete and aluminum. The latter material is captured by shelving, elongated display tables, and an intricate network of suspended tubes that’ll showcase apparel pieces. Seating is provided by low cushioned benches dispensed across the premises, and fitting rooms close in matching style by way of opaque silicon drapes. The renewed Balenciaga store carries the brand’s full product range, including men’s and women’s apparel, accessories and shoes. 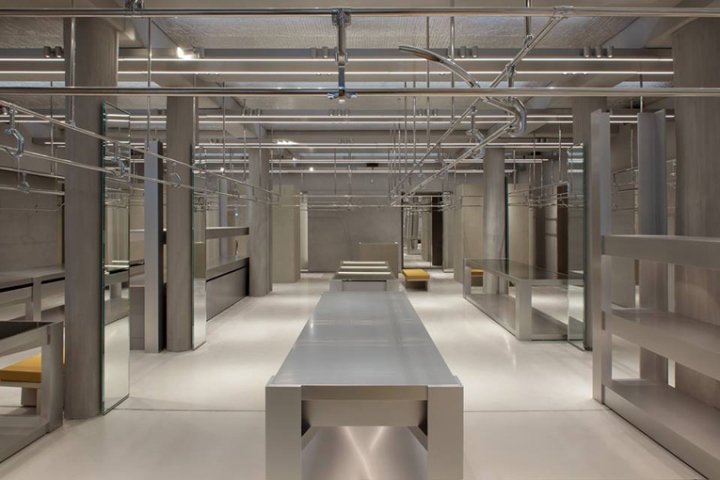 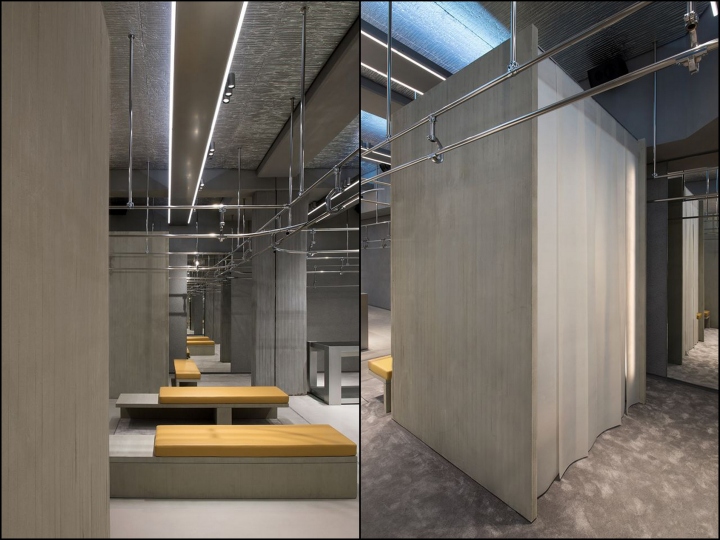 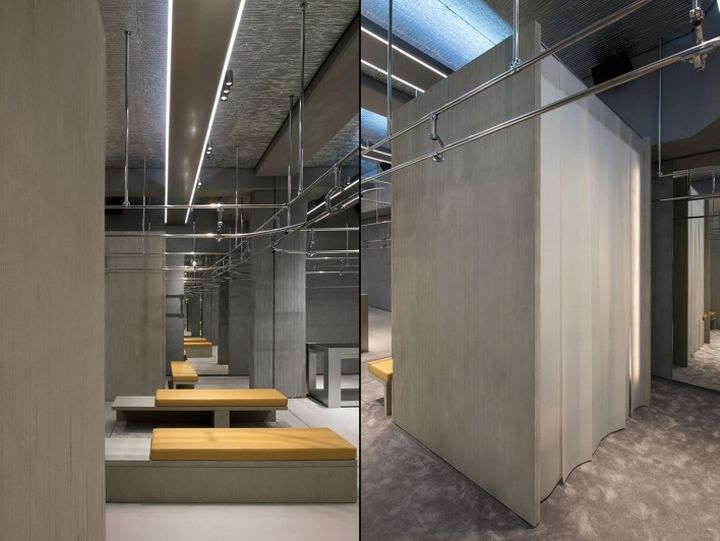 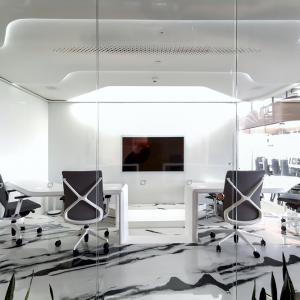 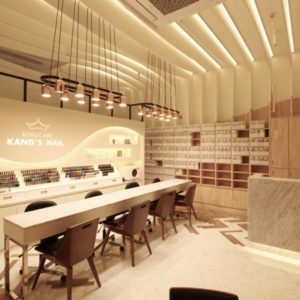 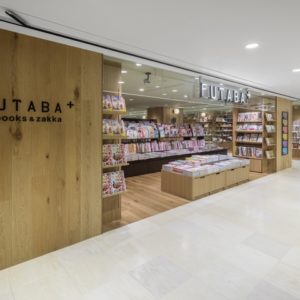 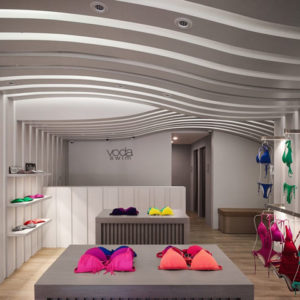