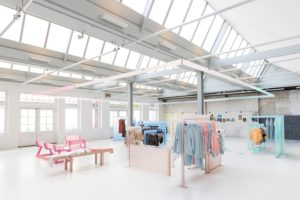 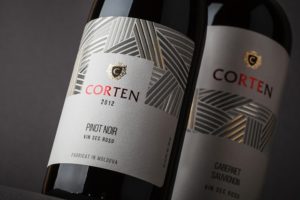 Sure, Paris is abuzz with cool hangouts, but the action isn’t exclusively happening inside the Périphérique. Suburban Saint-Ouen may be best known as a prime destination for finding both flea market trinkets and trophies, but as of late it has also become home to a funky hospitality concept that lures cool cats to its doorstep for more than just a short visit. Called Mob Hotel, it’s the brainchild of Cyril Aouizerate, a quirky hospitality entrepreur with a keen interest in cultures and urban redevelopment, and juggling a number of properties on either side of the big pond. The Frenchman’s Mob concept – it’s short for maimonides of Brooklyn – first kicked off with a vegetarian slash vegan restaurant in Brooklyn’s Boerum Hill neighbourhood a few years ago.

Following the opening of two restaurants, the French capital now features the brand’s first lodgings, situated inside an industrial red brick building that once belonged to American conglomerate General Electric. Aouizerate’s hospitality vision is both cosmopolitan and one with a strong sense of community, and this resonates throughout Mob Hotel’s design, concocted by Kristian Gavoille and Valérie Garcia. Upon entering the premises, guests and visitors can see the compelling portraits of the labourers who actually built the venue. It’s flanked by a reception desk and lounge area that doubles as grocery store brimming with products that make your stay more enjoyable.

You’ll find rental ipads and learning games, in addition to music instruments, such as a piano and left-handed guitar, but also organic produce, cosmetics, and a rotation of pop-up stores by young creative brands every fortnight. Rooms at Mob Hotel come in four categories, and feature a homey, playful design and all the amenities you could wish for. There’s free wifi, a well-equipped bathroom, and interestingly, air beds are readily available to allow family or your best pal to stay the night. The biggest pad of the property, aptly called the Master Mob Terrasse, is a spacious double room with an outdoor terrace, accommodating up to four adults and a child.

The available facilities blend modern lifestyle with the venue’s strong sense of community. The restaurant, an informal cozy spot headed by chef Brice Morvant, serves organic dishes prepared in a central oven, and using ingredients supplied by agricultural cooperatives. The restaurant isfurnished with large communal dining tables, and laid-back as it is, also features a big table football game for eight people, a fireplace and a typically Parisian Zinc Bar. Right next door a lounge-like bookshop is situated, stocked with some 2,000 paperback books, and a place where to sit back privately or relax with friends.

This can also be done outside, when weather permits, on two sunny terraces. One can be closed off for private events and even houses a mediation cabin. In Paris for business? Check. The hotel’s so-called Kolkhozita is a collective space that’s totally geared towards entrepeurial guests, and ideal to do some work or mingle with kindred spirits. Coming September, the Casa Geração facility will open, a fashion school backed by renowned designer Jean-Paul Gaultier and Adidas, where budding talents are trained three days a week for an entire year. 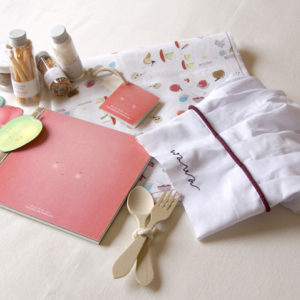 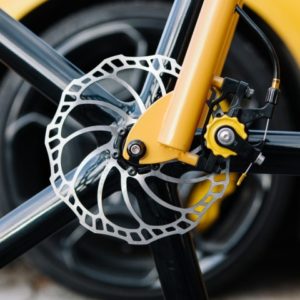 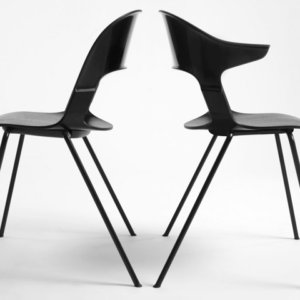 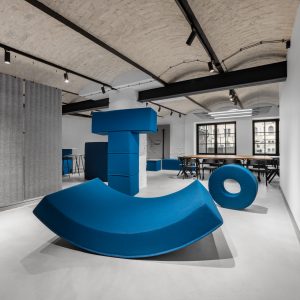 TWINO office in Riga by Open AD by info@openad.lv