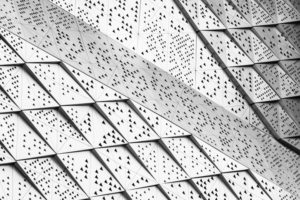 The Black Collection by Ushuu 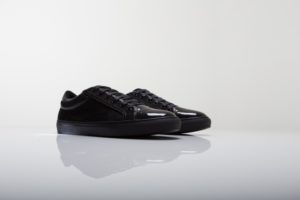 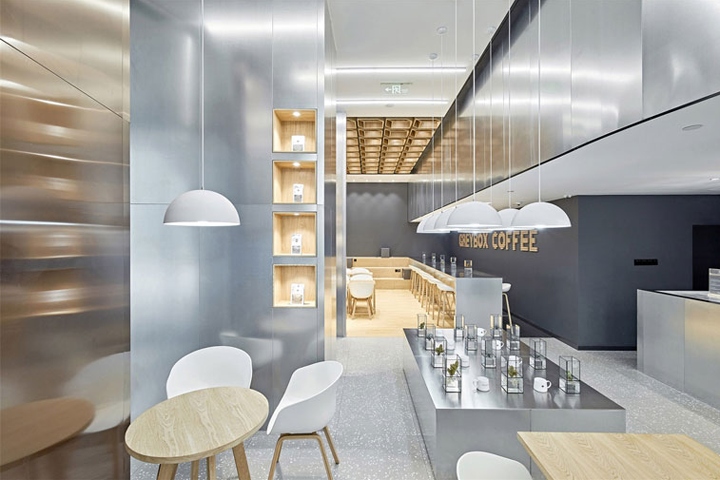 As an increasingly important hub of hi-tech in both China and the Far East, Chengdu’s residents reap the fruits of the economic boom in multiple forms, and life in the city has reached a sophistication level that’s becoming on a par with the offerings of top establishments in Shanghai and Beijing. These days, many new retail and hospitality concepts that have initially launched in the latter two cities, often dip toe in the buzzing capital Sichuan capital right after. Following this expansion strategy is Greybox Coffee, a format that caters to the growing coffee craving of savvy young consumers. The company launched in Beijing with a design-led branch – we actually talked about the venue in a previous post – and it has now opened a coffee parlour double the size in Chengdu’s southern hi-tech zone. Occupying a 195 sqm. unit on street level at in99, a shopping mall that’s an integral part of the bigger Chengdu Yintai Center, a prestigious mixed-use complex marked by five soaring towers of glass and steel. The café blends in well with a sleek and understated interior created by Beijing-based practice Drawing Design Studio. As said, Greybox Coffee’s new outpost is situated on the ground floor, and the curvilinear dimensions of the space, encased on one side by large floor-to-ceiling windows, add a dynamic twist that quite fitting for this part of town. Upon entering the venue, either from the shopping mall or from outdoors, avid coffee fans traverse a lofty outer ring before reaching an expansive and curved service counter where to place their order. The counter is situated is aligned with a lowered ceiling that extends to the far end of the premises. Directly opposite, alongside the windows, a varierty of seating arrangements can be found that accommodate both individual visitors and groups. The palette is defined by variations of grey, largely captured by panels of galvanized steel, tiled flooring, and walls dipped in anthracite, all offset by the warm tones of timber-clad sections and wooden furnishings. At the far end, beyond an elongated metal display table, a multifunctional seating area is situated, replete with a separate serving and teaching bar counter. Here, special attention has been given to the ceiling, comprising of an expansive grid of wooden boxes, each encasing a spotlight. Greybox Coffee is a versatile concept that’s set up as a place where to meet up and share good times or get some work done over a cup or two of coffee. And not just any coffee, but carefully sourced varietiess from Guatemala, Honduras, El Salvador, Panama, Costa Rica, Ethiopia and Kenya. Similarly to the branch in the Chinese capital, top machinery has been brought in from Europe, and even the dairy that’s used in all the latte and capuccino concoctions is top-notch, and flown in straight from South Korea and Australia. Also listed on the menu is a wide range of pastries, cakes, cookies, and freshly made fruit salads. 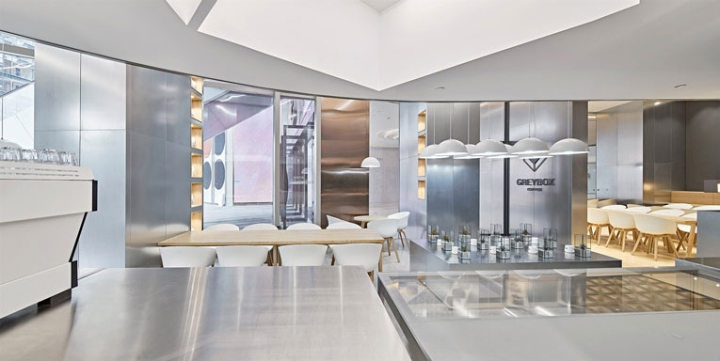 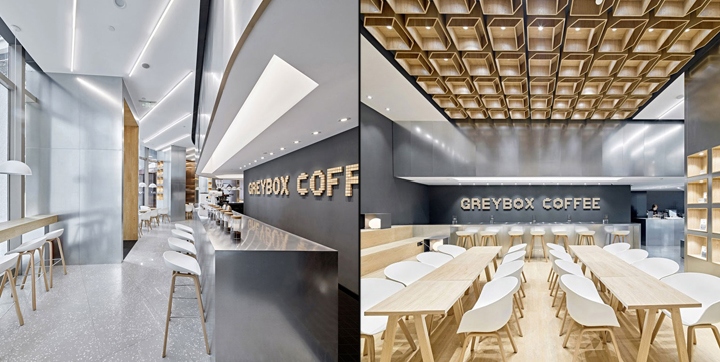 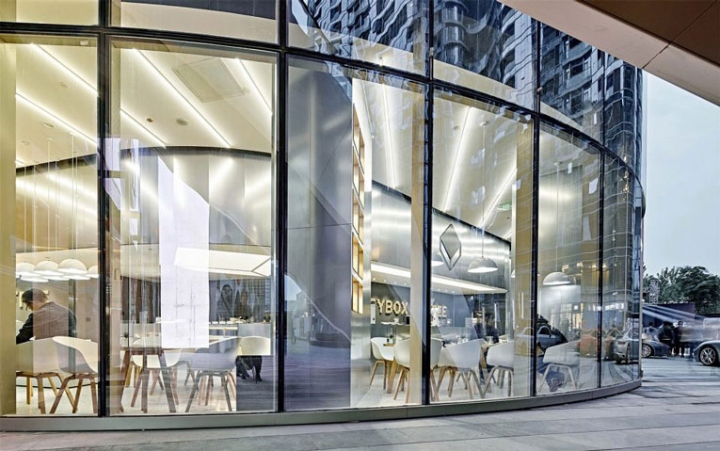 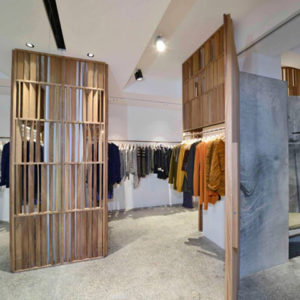 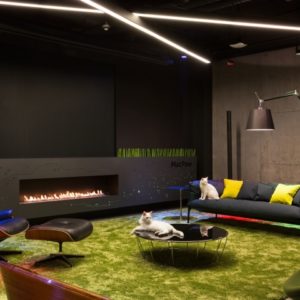 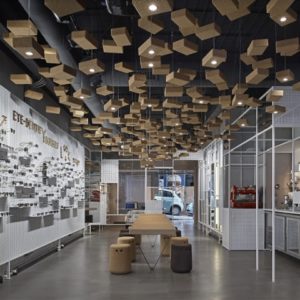 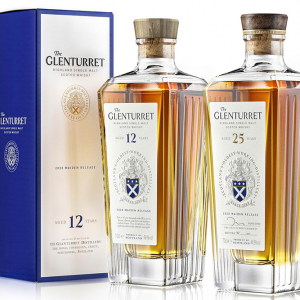 The Glenturret redesigned by Appartement 103 by retail design blog