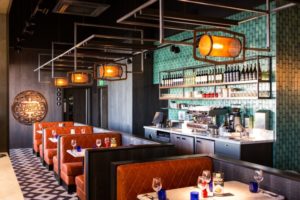 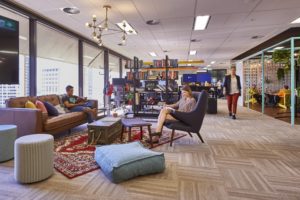 WE ARE THE REMIX exhibition by MUSEEA, Gothenburg – Sweden 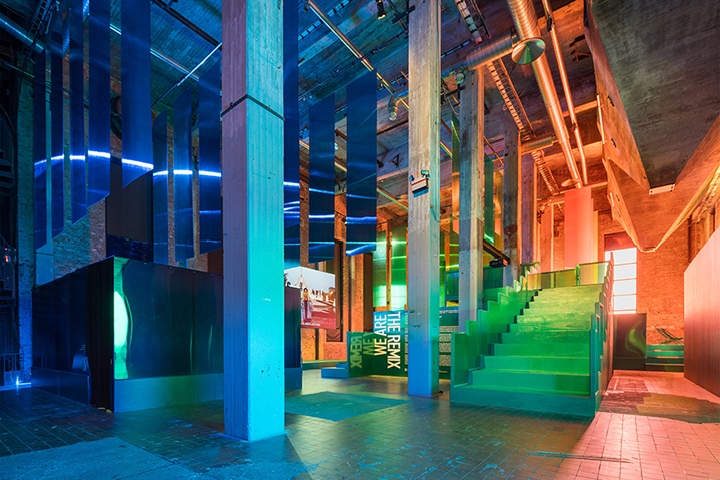 WE ARE THE REMIX is an international film and video exhibition in Sweden that explores and celebrates the diversity of global cultural identities manifested through compelling interplay between moving images and music. Drawing on various genres such as music video, documentary, performance and animation, the exhibition remixes human histories, imagined futures and dream worlds from across the globe. The exhibition features eight audiovisual works made by some of the most distinguished artists and filmmakers of today. The architectural installation for WE ARE THE REMIX is conceived by Barcelona-based duo Serge Martynov and Sofia Hedman of the creative platform MUSEEA. Acting as artists/designers and curators, the two have worked together since 2009. in 2015, they founded MUSEEA as an experimental and interdisciplinary studio that brings together a network of contributors focusing on diversity, innovation and sustainability. With the challenge to create a social meeting place where visitors would be drawn to spend time and share experiences, this platform transformed the central space into an immersive architectural environment, bursting with color, structure, and topography. Evoking Russian constructivist ideas on how to arrange a functional yet visually stimulating space where the collective is in focus, the installation resembles a cityscape with buildings, squares, balconies and viewpoints. An amphitheater made of recycled pallets and plywood functions as the central core, from where films can be viewed on a large screen. It also serves as a social meeting point, as well as an area to enjoy exhibition programming. Additionally, brightly colored translucent sheets suspended from the ceiling elevate and divide the space. However, as light passes through the sheets, colors flow through the gallery in every direction– bouncing of surfaces and amplifying the exhibition’s focus on diversity and collectivity. A symbiotic environment emerges, boarders become fluid, and dynamic light compositions are formed through this showcase. Influenced by the German conceptual artist Kurt Schwitters and his iconic Gesamtkunstwerk-project “Merzbau”, MUSEEA’s work functions both as living sculptural installation and built environment – or to put it otherwise, as a multi-functional and relational space. The audience is invited to relax on deckchairs, observe from the balconies and enjoy the views over the Göta Channel and frequent the kiosk for snacks and refreshments. The participating international artists for WE ARE THE REMiX are: Halil Altindere (TR), Korakrit Arunanondchai (TH), Jeremy Deller & Cecilia Bengolea (UK/AR), Carsten Höller & Måns Månsson (DE/SE), Vincent Moon & Priscilla Telmon (FR), Nastivicious (AG/ES), Rachel Maclean (UK), and Anne de Vries (NL). WE ARE THE REMIX runs until the 20th august 2017 at Röda Stens Konsthall, Gothenburg, Sweden. 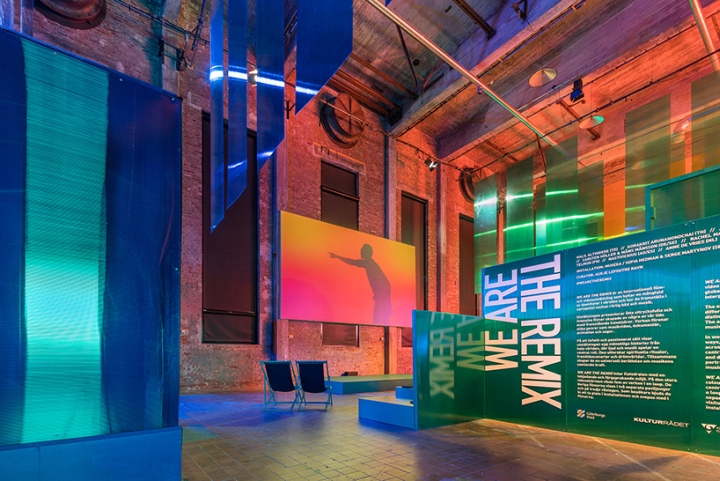 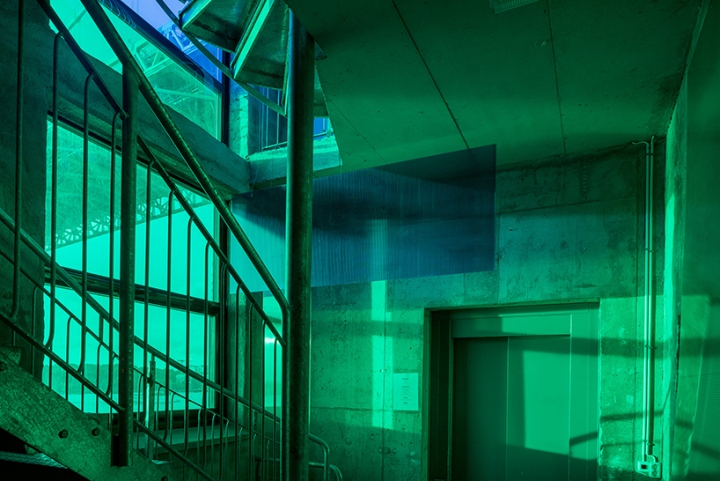 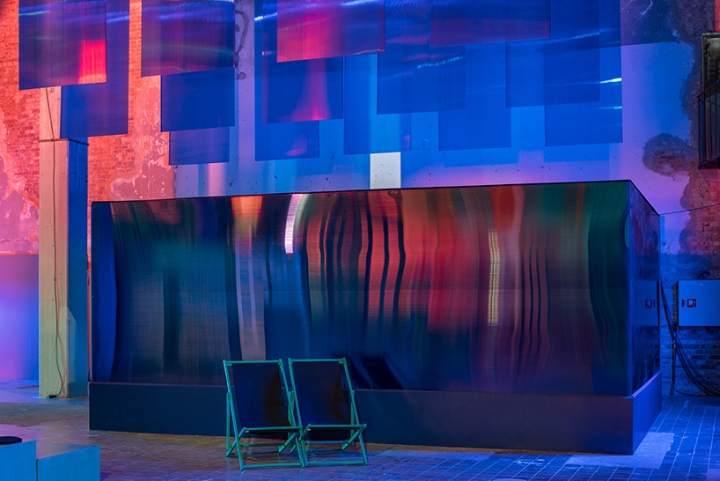 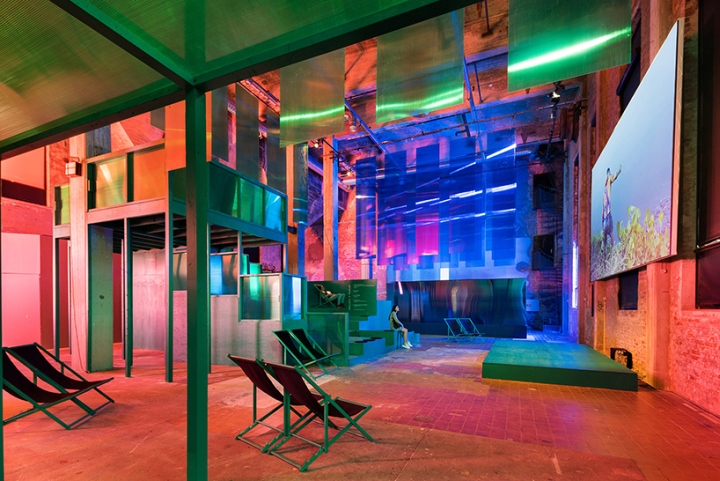 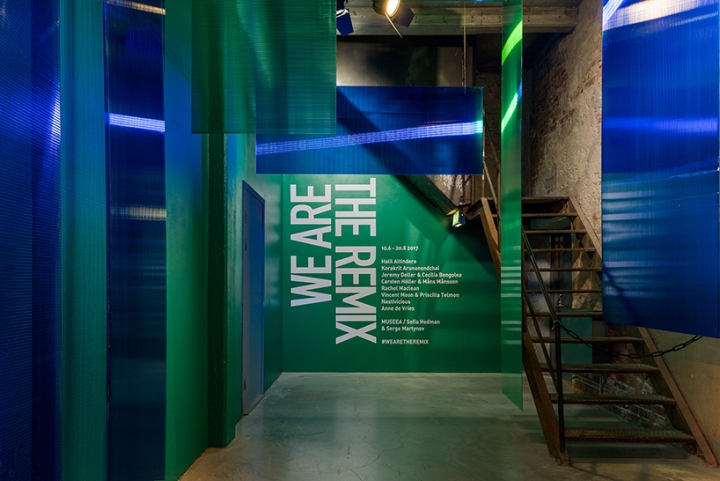 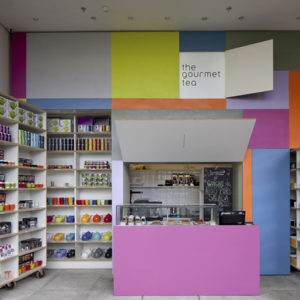 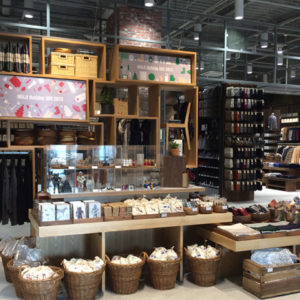 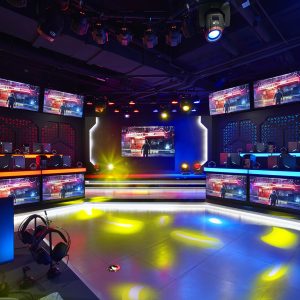