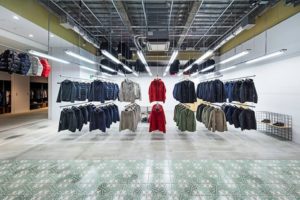 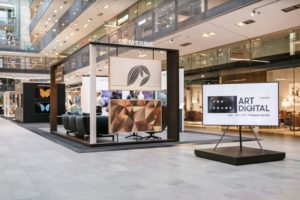 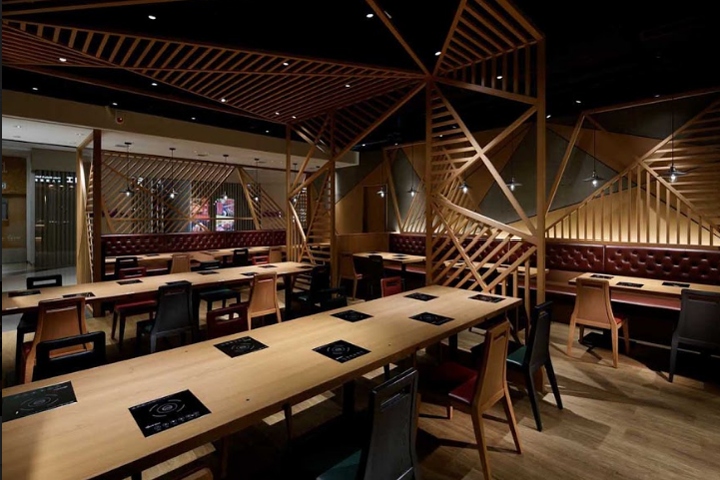 In January 2017, the first 牛八(Gyuhachi) opened at the K11 in Tsim Sha Tsui, Hong Kong. The K11 claims to be the world’s first art mall, integrating the elements of art, people, and nature. It has developed as a unique shopping mall different from others. Gyuhachi is Japanese hot pot dining (Shabu Shabu). The brief was to create a fashionable hot pot dining, which has something Japanese taste. The design team took inspiration from the general image of Japanese-style design such as Japanese modern. They aimed to evoke the Japanese taste in a cool and stylish space. Simple, minimum and warmful Japanism, which is the design concept of Gyuhachi. The team created a simple and playful design scheme in the minimalism space like art work, which emerge various size of triangles with a latticework. The interior features combining contrasting materials, which are ‘mortar’ giving an inorganic feeling and ‘wood’ giving a warm and cozy atmosphere. The black marble, which is used as the top plate of counter, and the black painted color of skeleton ceiling are highlighted the “Japanese modern” essence into the space. 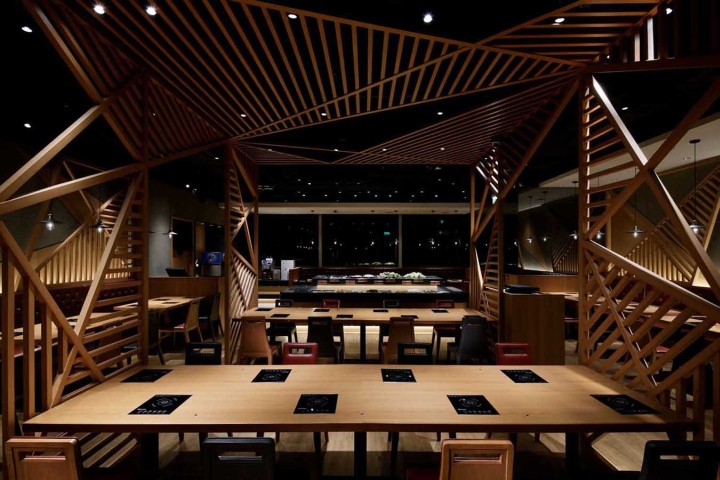 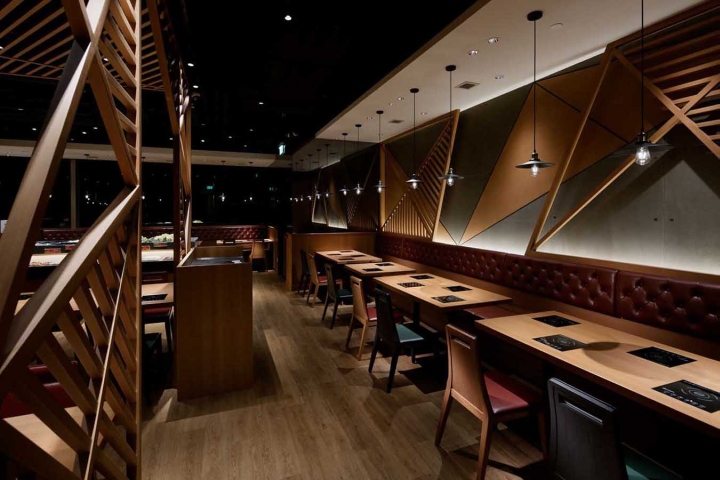 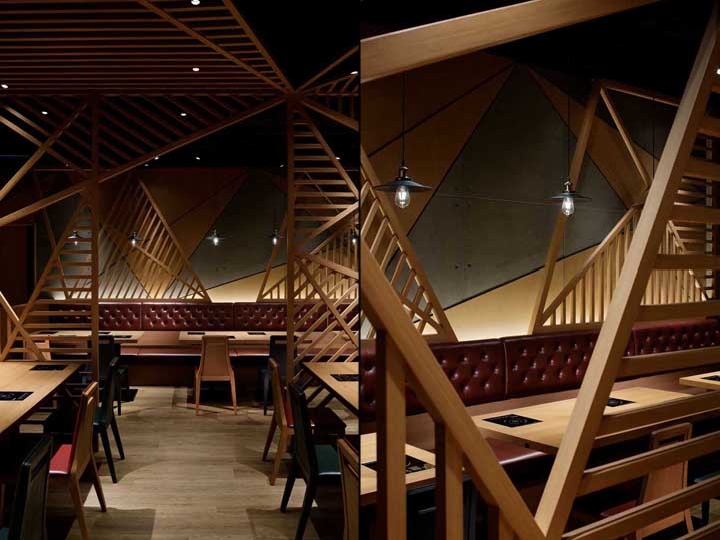 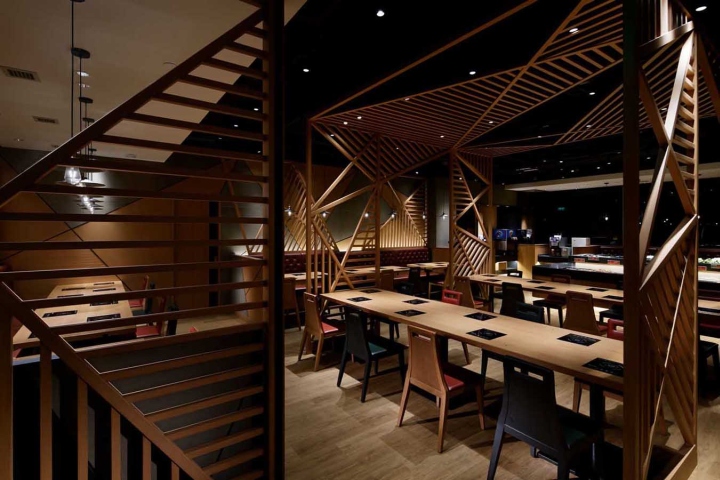 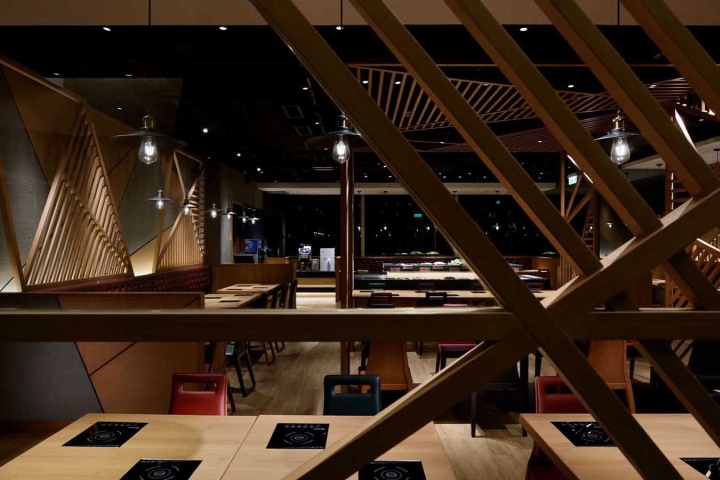 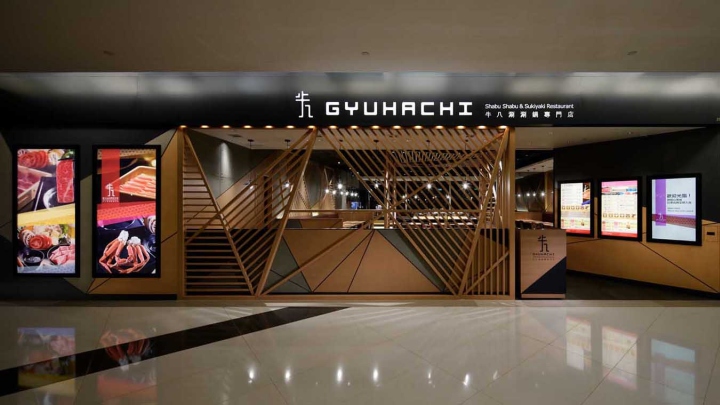 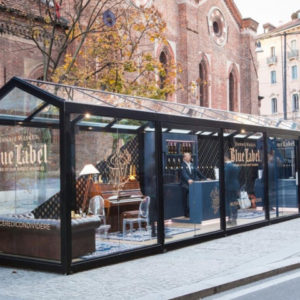 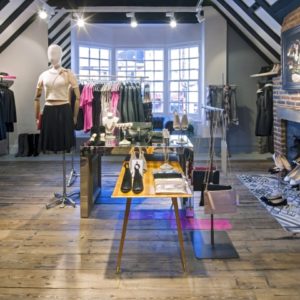 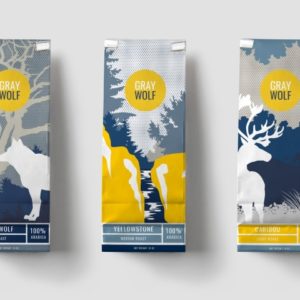 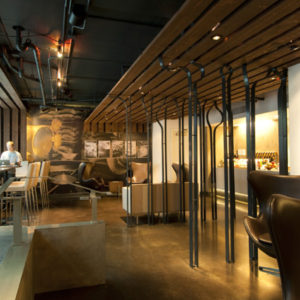