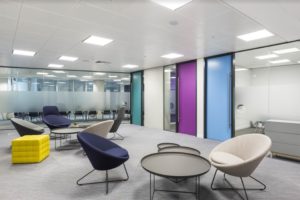 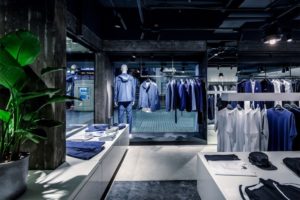 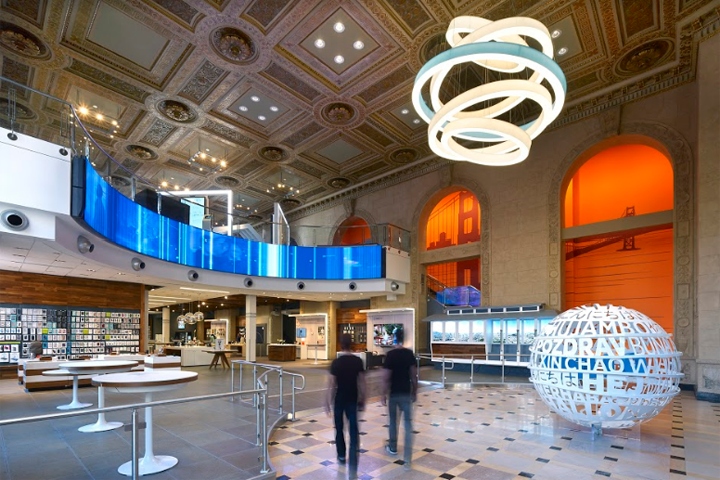 Seattle-based lighting company, LightArt, recently completed an eye-catching lighting installation at AT&T’s flagship retail store at 1 Powell Street in San Francisco. The 24,000 square-foot space—AT&T’s largest retail store in the United States—is located in a historic baroque-inspired building originally constructed in 1908. The light fixture was part of a much larger renovation by CallisonRTKL that integrates a plethora of modern finishes and forward-thinking technology. Designers were drawn to LightArt’s LA2 Connected Rings because they saw an opportunity to incorporate AT&T’s logo into the space. CallisonRTKL specified five Connected Rings in three different sizes to create a custom interlocking chandelier that resembles AT&T’s iconic logo. While Connected Rings come in three standard sizes, the Rings had to be customized to fit the existing ceiling conditions to avoid damaging any of the original ornate work seen in the space. Using 3form’s Varia Ecoresin as the primary material, LightArt was able to pull in colors from the building’s ornate ceiling to align with the interior aesthetic of the original space. LightArt’s project team worked closely with designers to find the best color match to AT&T’s pantone blue color when the fixture was both lit and unlit. LightArt also created RGB LED custom built diffusion layers, which helped achieve the desired look of the lighting through the windows during evening hours. “Callison RTKL came to us with a challenge to create a custom feature piece for a unique space”, said Ryan Smith, President and Creative Director at LightArt, “using our materials and our team of lighting experts, we were able to take an existing product line and customize it to their exact specifications.” The stunning light fixture hangs in the center of the premier retail environment and acts as the focal point of the space from the interior and exterior. 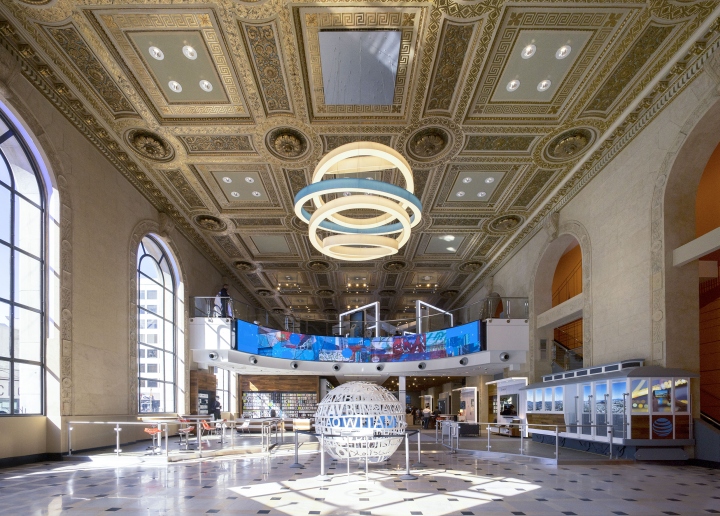 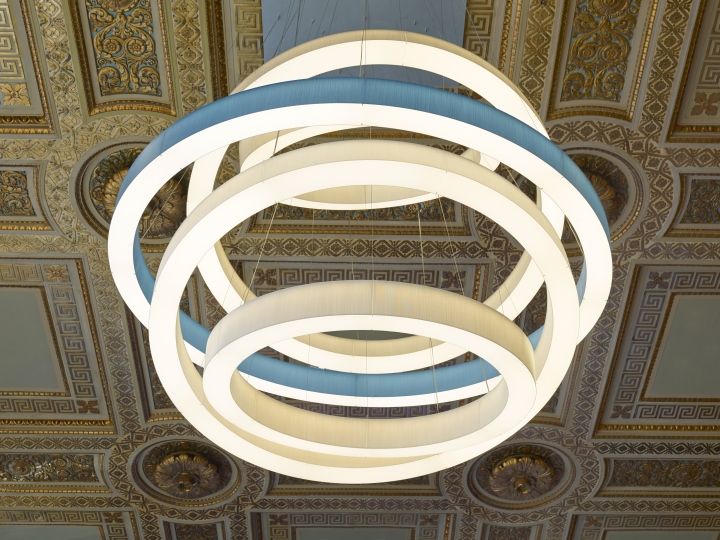 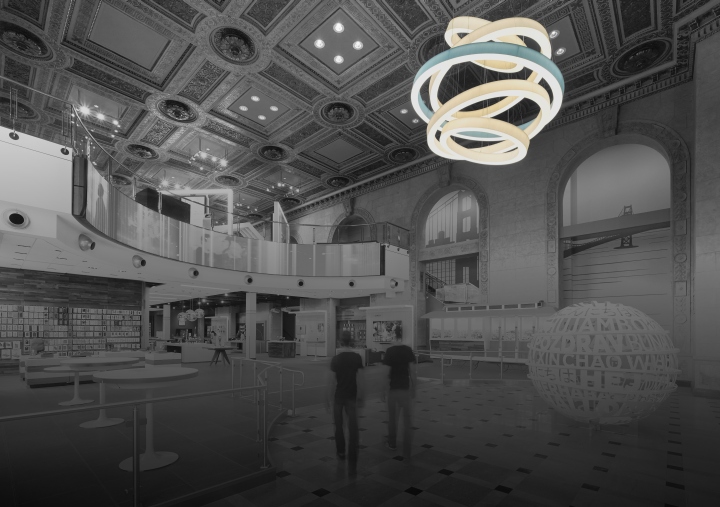 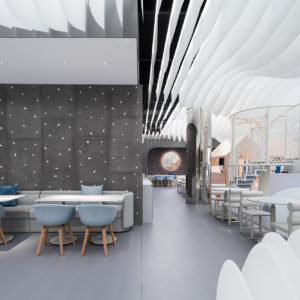 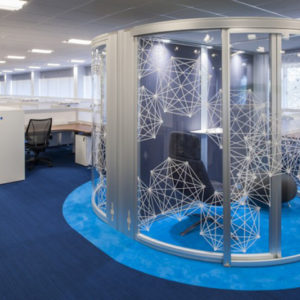 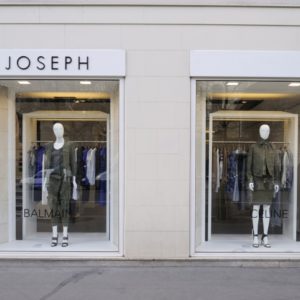