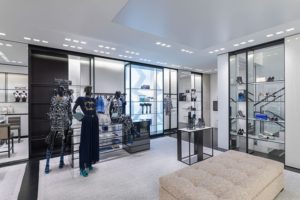 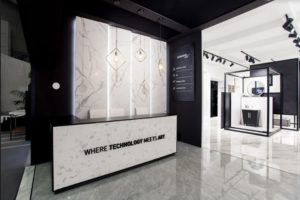 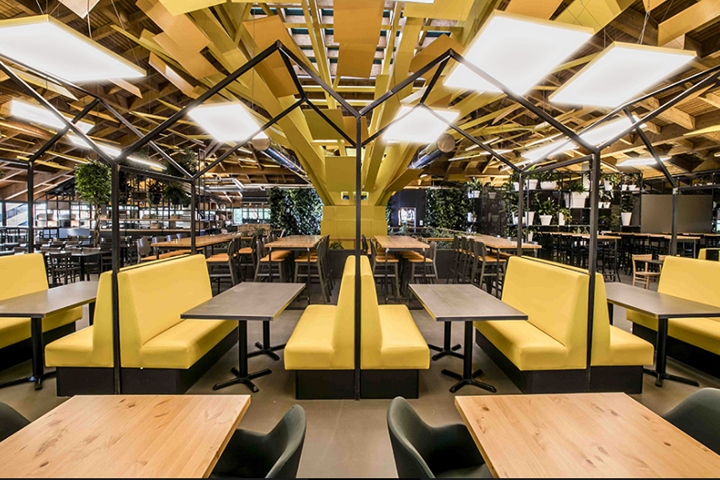 Last March, in Mediolanum’s general headquarters on the outskirts of Milan, the Mediolanum Garden opened its doors: a staff restaurant which combines comfort with a tasty food under the overview of Pedevilla team, italian leader in this field. “When we entered the space, which had just been stripped bare, we were struck by the central element which sustained roof. There was no point in trying to integrate it: we would never have succeeded. Its presence was monumental and powerful. And we wanted to extrapolate the positive aspects of this power.” At a time when nature and botany are being rediscovered and are found in every interiors project and moodboard, Thirtyone decided to “vegetalise” a structural and technologically advanced element. To Claudia Campone, founder of Thirtyone, the central lamellar structure appeared as the promise of a tree: the trunk, the branches and the suggestion of surfaces recalling foliage were already there. It was just a question of making them emerge.   The challenge was two-fold: to convince a conservative client to dare such creative folly, and to engineer such a mammoth piece. The ramification was achieved with beams of aluminium encased in mdf, attached to the trunk and to the covering with detachable hooks to enable flexibility during the set-up. The branches were designed with an identical section to the existing beams and were enriched with other smaller elements in order to simulate the effect of natural branch ramification.   The leaves were designed with the same proportions and shape of the ceiling panels; in addition to being aesthetic, they provide soundproofing and illumination. Their boxlike structures are suspended to the ceiling, some of them containing a lighting system diffused on the lower surface. The tree’s presence is a total chromatic break with the staff restaurant designed by Habarchitettura, but it is also its sublimation, insinuating itself above the 1000 sqm of space. An abstract tree, therefore, with geometrical forms and broken lines: deliberately far from the vegetal curves and organic lines of nature. Its acid yellow colour further removes any risk of seeming like a pale imitation of nature. Its dignity lies in its conscious difference, an abstract tree, openly such. 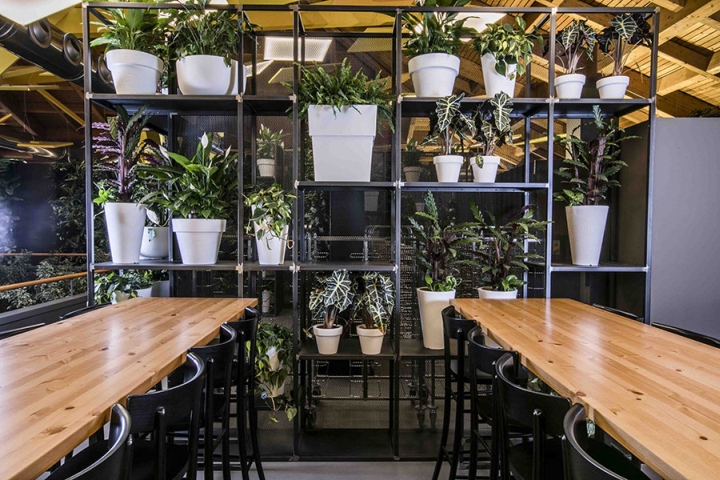 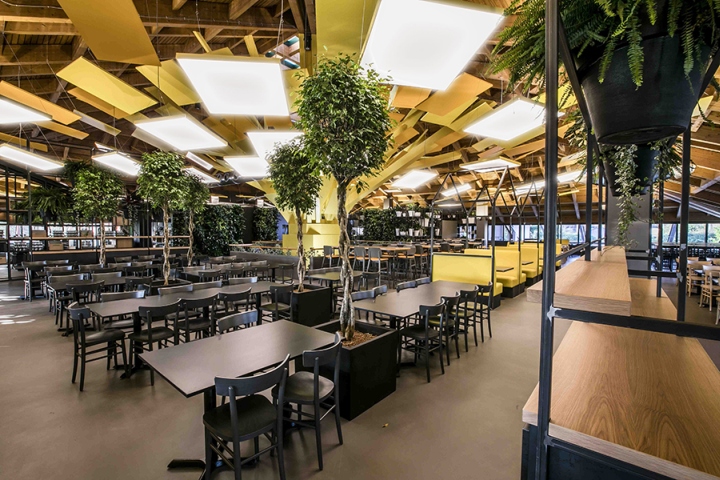 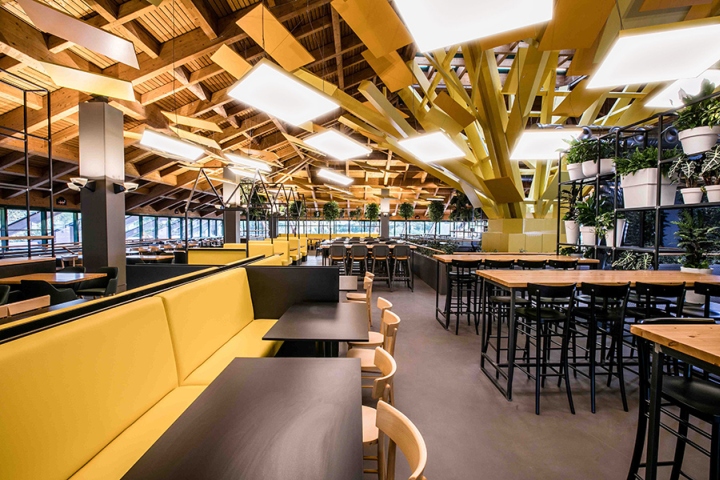 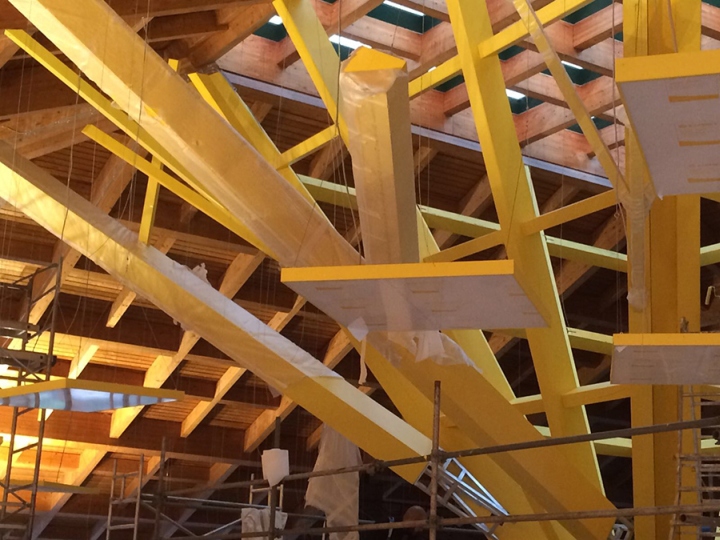 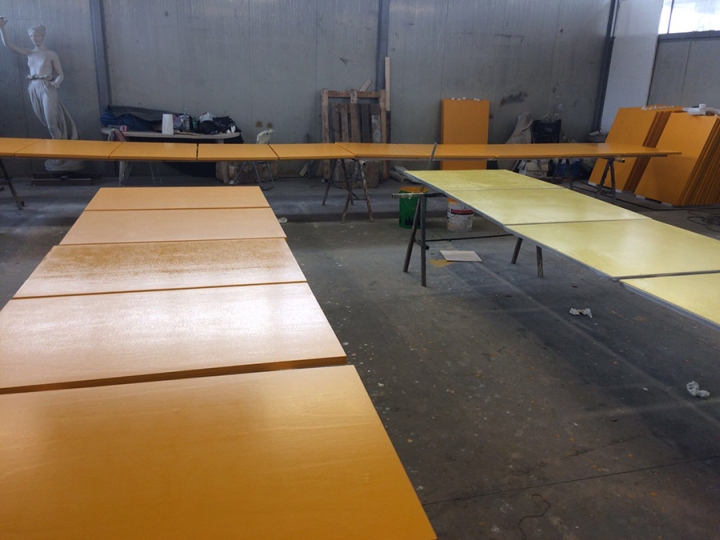 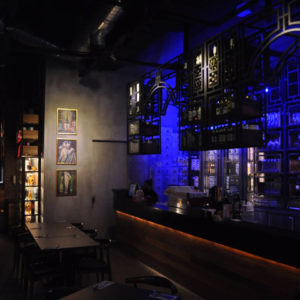 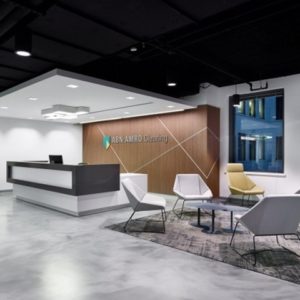 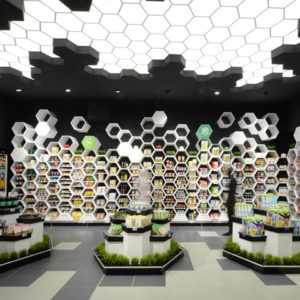 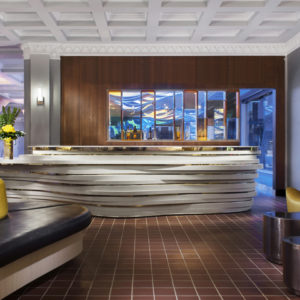