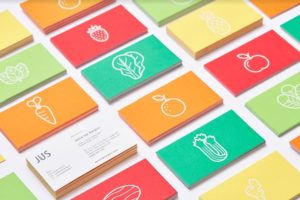 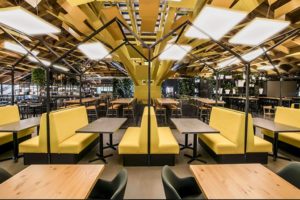 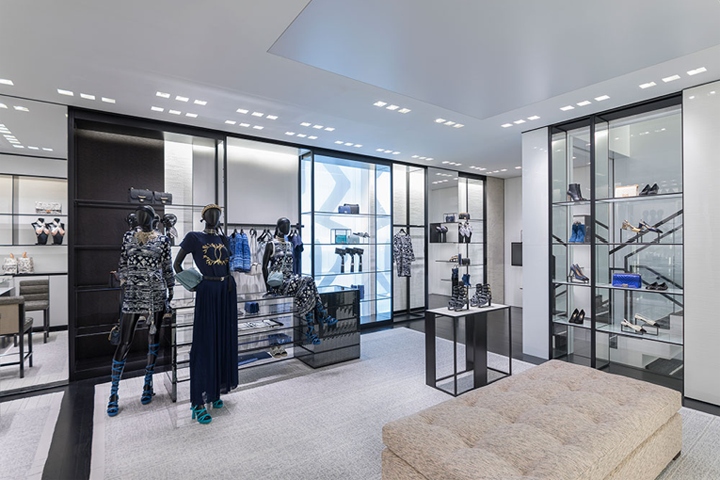 The sheer volume of luxury retail is what sets Ginza apart from most other shopping areas of the Japanese capital. It’s also unparalelled compared to many a ritzy shopping strip abroad as well, given the exceptionally sophisticated preferences of local shoppers. In short, it’s a context which resonates on a global level, and one in which leading luxury brands eagerly aim to be present, or in the case of Chanel, to even further raise its profile. The french luxury house has had significant a presence in the neighbourhood with two flagship stores for quite some time. And now, the outpost on bustling Namiki Dori, which initially opened in 1994 as its first Japanese standalone boutique, has been given a thorough makeover, and will officially open its doors again to eager shoppers on Fri – Dec 1. The revamp, supervised by New York City-based architect Peter Marino, took almost three years, and has not only resulted in new interiors, but has also given the nine-storey building a striking new façade. It’s clad with black and white panels with a matte texture that allude to Chanel’s iconic colour palette, and for period of two months only, the structure is also adorned with artwork by Japanese artist Shuji Mukai [1940]. Upon entering the ground floor, shoppers find themselves amidst the brand’s collection of trophy bags and accessories, displayed on a sleek shelving and custom-made cabinets. On the second floor the aesthetic shifts to a softer palette captured by beige carpeting and matching furnishings. It’s here where shoes and more accessories are presented. On the third floor the ready-to-wear collection and more bags can be found. One floor up, more garments and bags can be found amidst a setting defined by gold and black accents. The Chanel store is dotted with cherry-picked artworks by a string of international contemporary artists that not only add a personal touch, but also heighten the sense of luxury. The range of pieces include an ink painting by Heinz Mack, a bronze relief by Anthony Pearson, and a painting by Gregor Hildebrandt. What makes this Chanel flagship stand out is a facility on the eighth floor called Le Salon Beauté, which as its name already implies, is a full-fledged beauty salon offering a fusion of western and oriental facial and body treatment programmes. The top floor is home to Le Salon Privé, an exclusive event space. 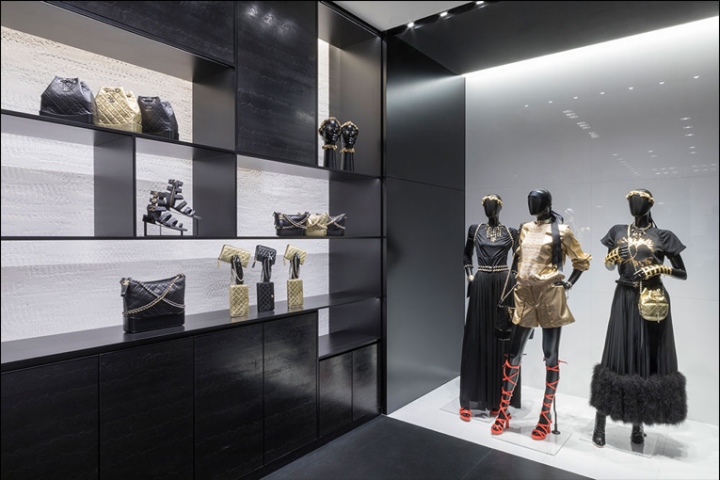 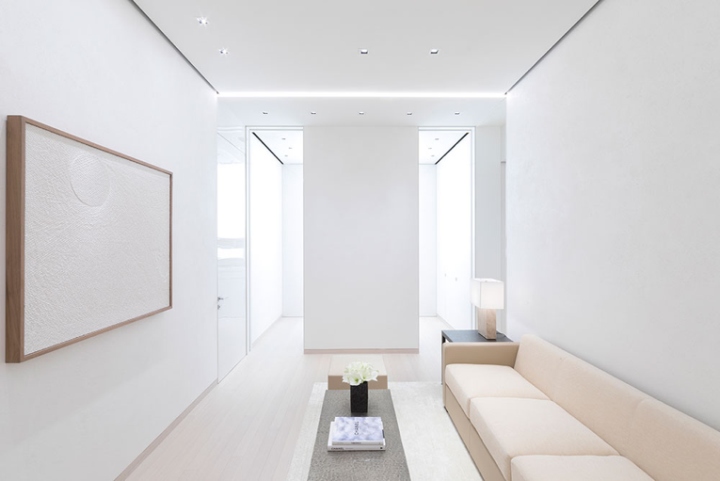 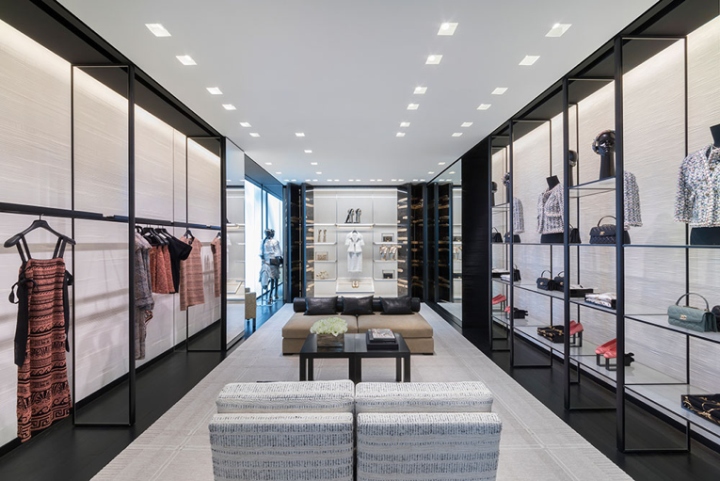 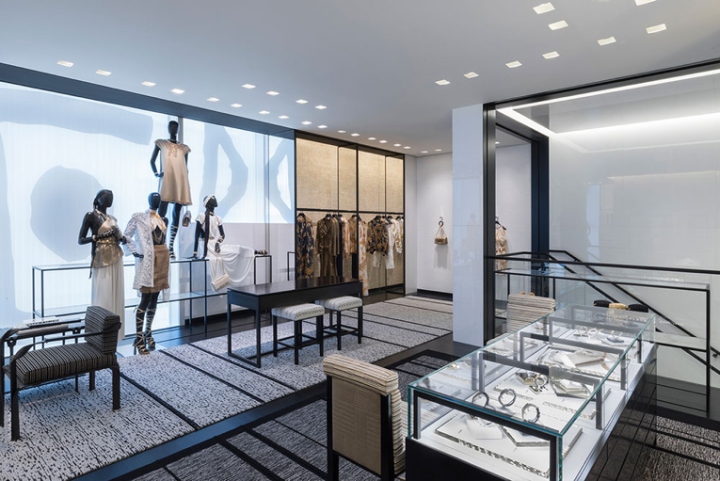 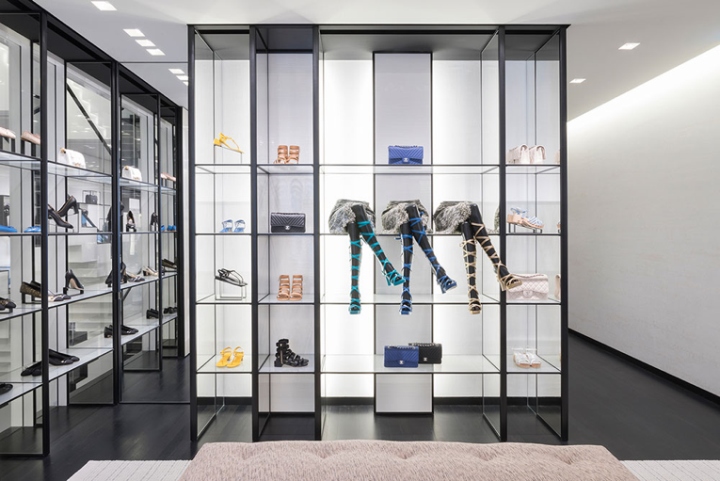 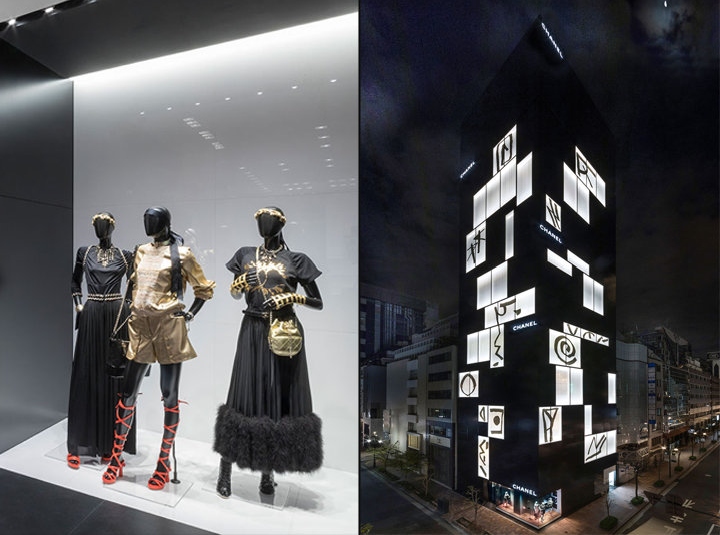 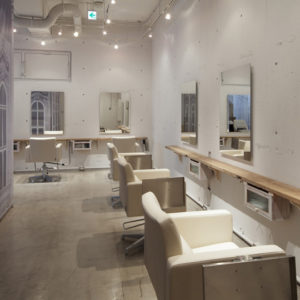 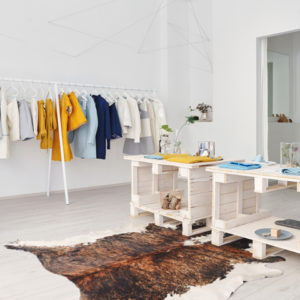 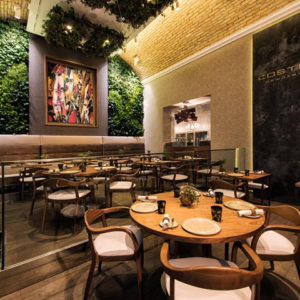 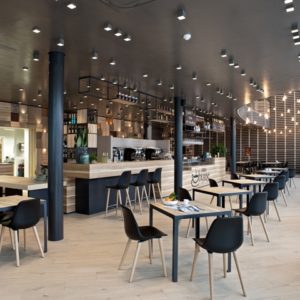