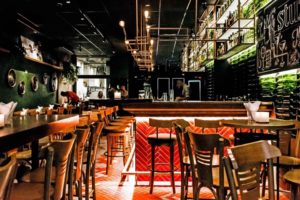 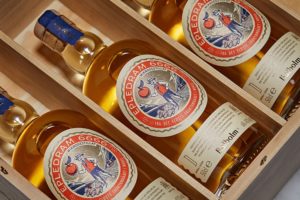 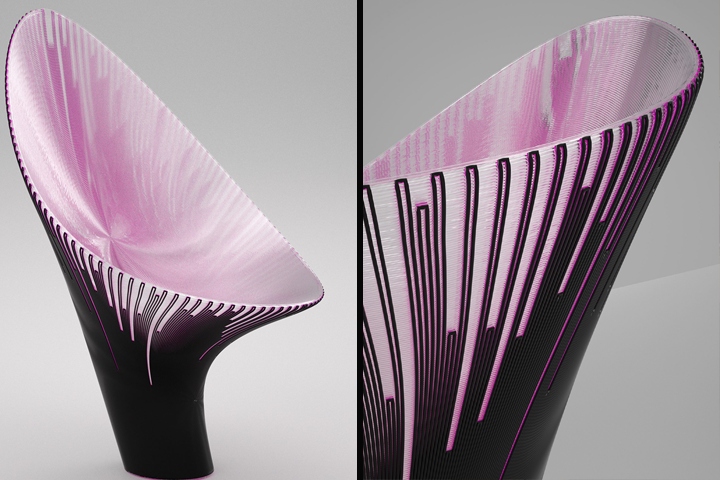 3D-printed chairs designed by Zaha Hadid Architects, Ross Lovegrove and Daniel Widrig make up the first collection of new Spanish brand Nagami. Nagami will make its official debut at this year’s Milan design week with four 3D-printed chairs. The collection’s name, Brave New World, is based on the 1930s dystopian novel of the same title by Aldous Huxley. It includes two chairs, Bow and Rise, designed by Zaha Hadid Architects, a stool by British designer Ross Lovegrove called Robotica TM, and the Peeler chair by London architect and designer Daniel Widrig. “We design products that until now were just waiting for the right technology to come to life: not only objects that you can hold, but also that you can feel and experience as part of your environment,” said Nagami founders Manuel Jimenez García, Miki Jimenez García and Ignacio Viguera Ochoa. For its Bow and Rise chairs, Zaha Hadid Architects explored the natural growth processes that occurs in marine biology, specifically underwater ecosystems and coral formations. The two chairs are built from polylactic acid plastic – a biodegradable, non-toxic material made from renewable resources like corn-starch, making it both lightweight and sturdy. Featuring a curved seat supported by a large, singular base, both pieces were 3D-printed with a pellet-extruder, which uses raw plastic particles rather than filaments. While the Bow chair boasts a spectrum of blacks and purples, the Rise chair is formed of a blue base that morphs upwards to white, finished with gold detailing at the top of the seat. These colour gradients and the unusual patterns they form are intended to redefine the traditional spatial relationship between furniture and its setting, according to the brand. Ross Lovegrove combined botany and robotics for his Robotica TM stool, which draws parallels between the “natural programming” found in nature and the artificial manufacturing that occurs in the field of robotics. The stool was built using a continuous rotational process that causes each layer to fuse together while being stacked on top of each other. With a seat made from heat-proof silicone inserts, the stool can be easily adapted to serve as a table for eating, said the designer. It can also function as a plinth for a TV, or simply as a stand-alone decorative feature in the home. It took just a few hours for an industrial robot to 3D-print Widrig’s Peeler chair, which is composed of three pieces of seven millimetre-thick shells of PLA plastic. Described by the designer as “skin-like”, these three undulating surfaces were assembled to look as if they are “peeling off of an invisible joint body.” Widrig wanted his product to consume as little machine time and as little material waste as possible, and to “overcome the limits of additive manufacturing.” “The chair has been designed to satisfy both the ergonomic constraints of the human body, as well as the ergonomics of the robotic arm that prints it,” said Widrig. Brave New World takes place during Milan design week from 17 to 22 April 2018. The chairs will be exhibited at Nagami’s pop-up showroom, in the city’s Brera Design District. 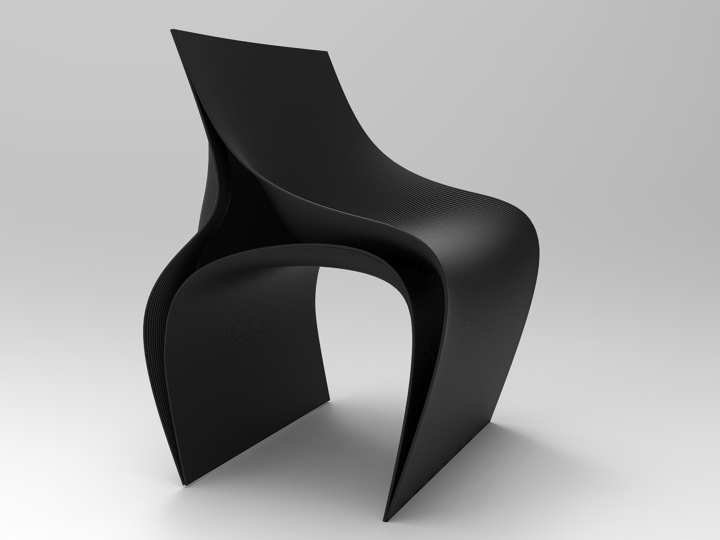 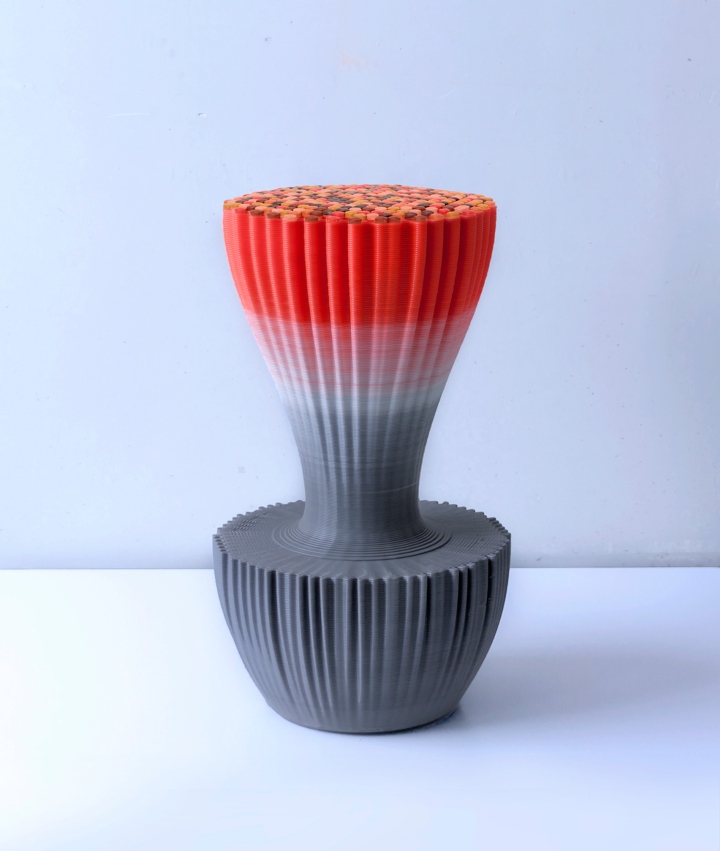 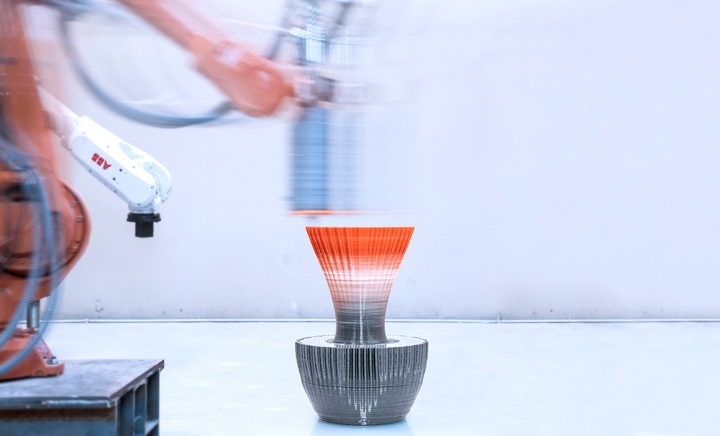 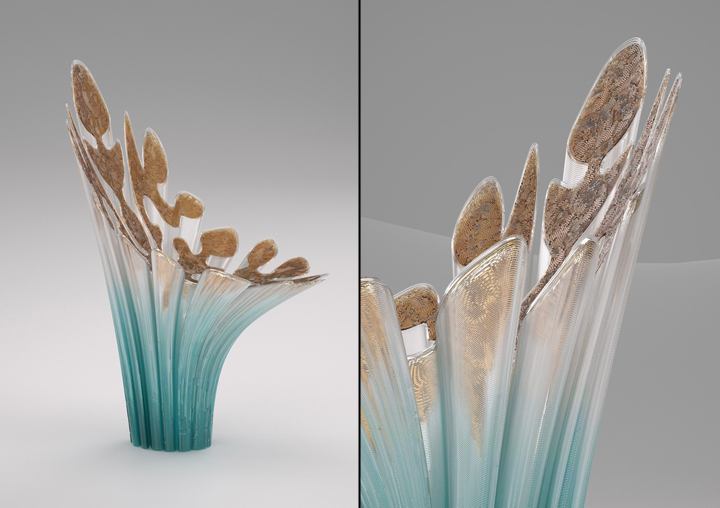 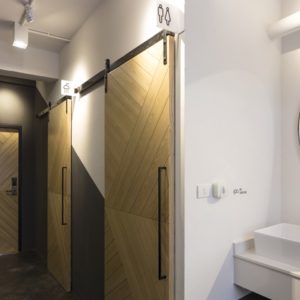 Bed One Block Hostel by A MILLIMETRE, Bangkok – Thailand by retail design blog 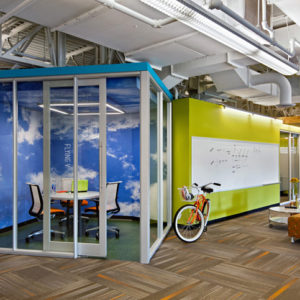 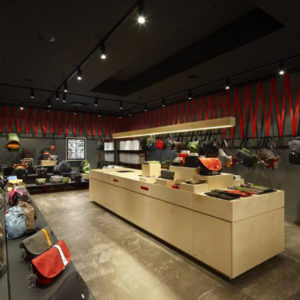 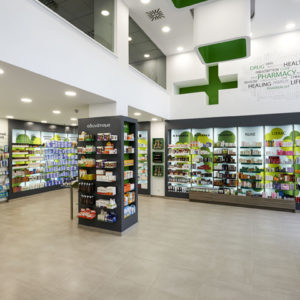