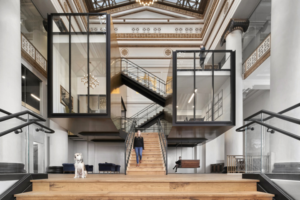 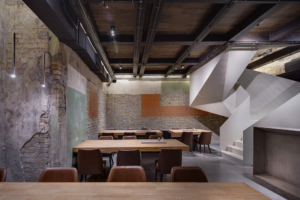 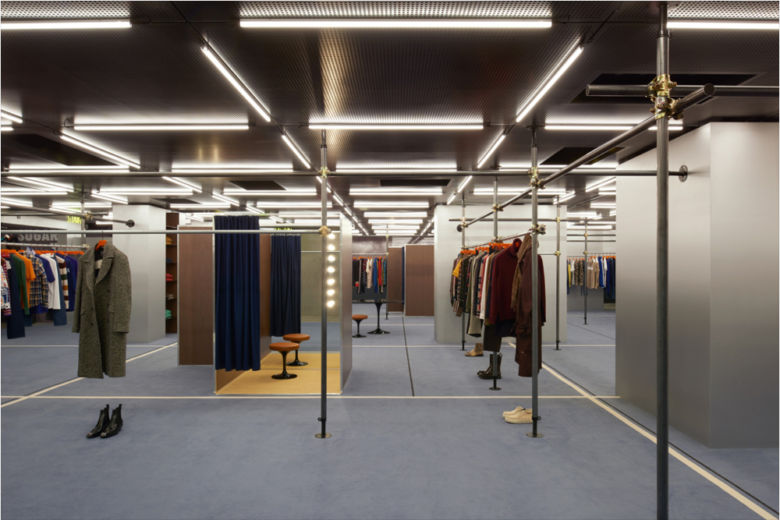 First opened in 2011, Excelsior Milano quickly established itself as a fixture in Milan‘s highly competitive retail landscape. The multi-brand store occupies 4,000 sqm. across seven floors of a former cinema building that was redesigned by lauded Paris-based architect Jean Nouvel. Still on top of the retail game, thanks to newly appointed creative director and retail tycoon Beppe Angiolini, the store doesn’t rest on its laurels. In fact, a major revamp has just been revealed during Milan Fashion Week‘s recent edition, featuring a new design concept by designers Emiliano Salci and Britt Moran of Milanese practice DIMORESTUDIO. Each of Excelsior Milano‘s floors has been concepted as a box in a box, applying different materials, shapes and colours to create layered and hybrid settings that comply with the store’s forward reputation. The settings range from walls clad in silver and scaffolding pipes, to fluorescent tubes and custom-made carpets. Interestingly, these are the final months of Excelsior Milano in this very location, and rumour has it that a new spot has been sured just a few blocks away on Piazza Cordusio. 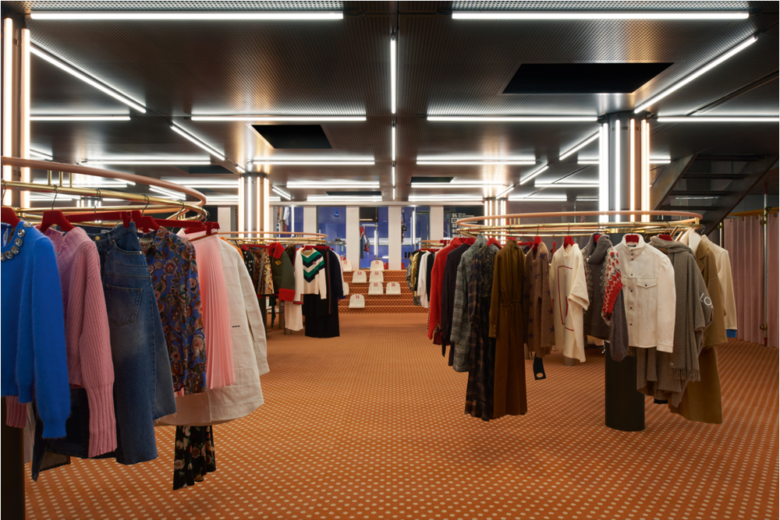 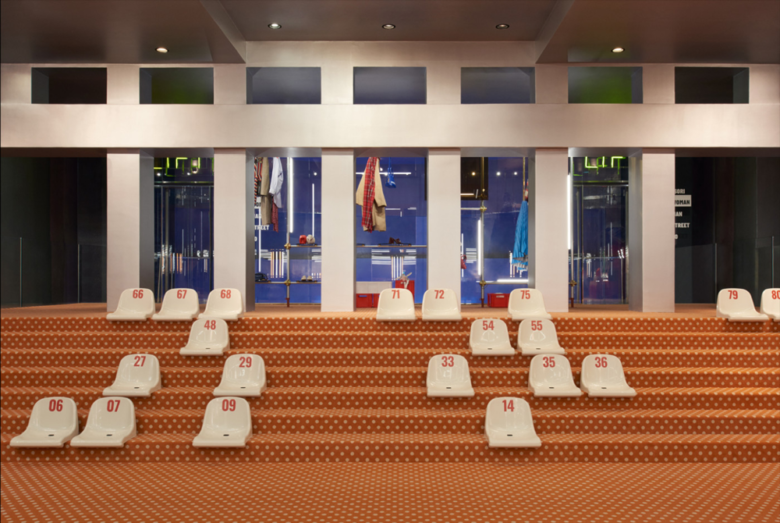 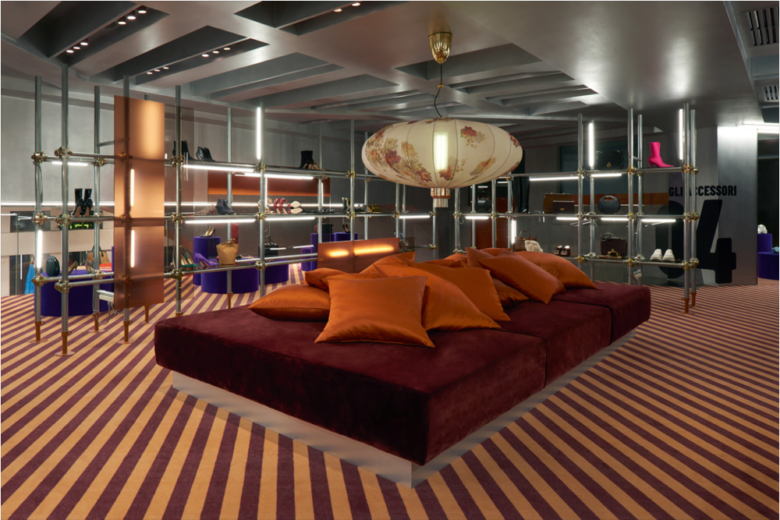 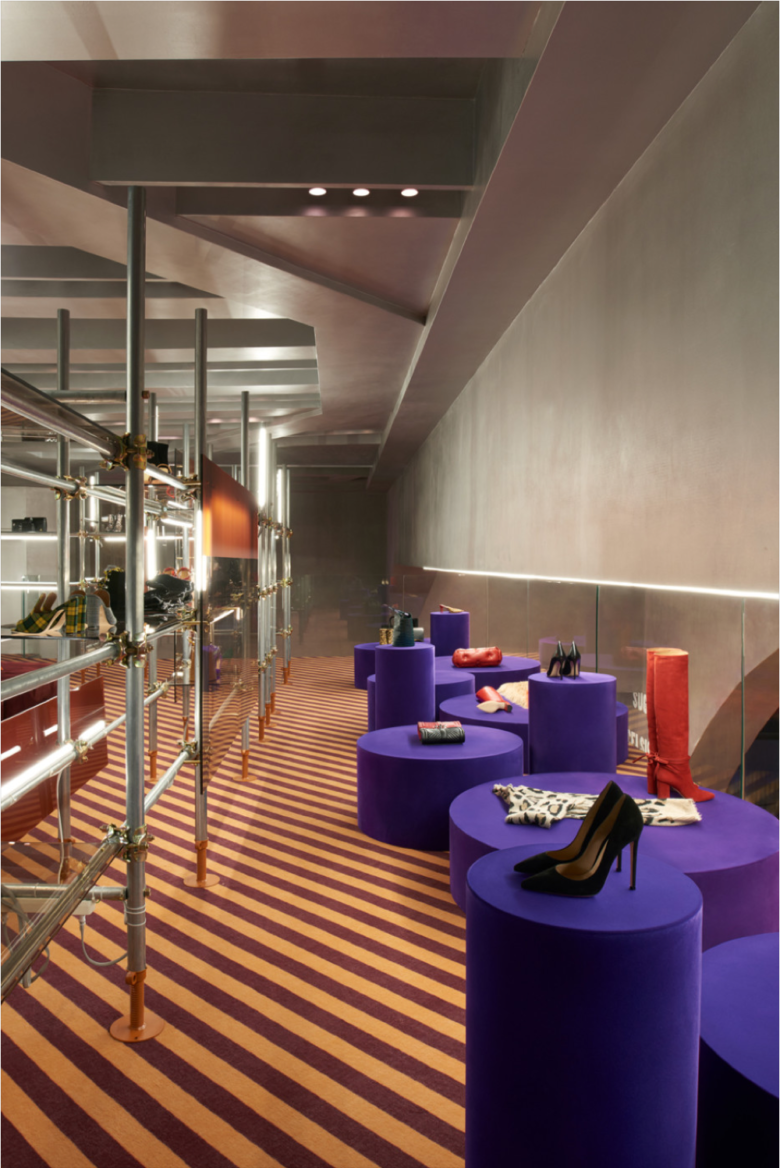 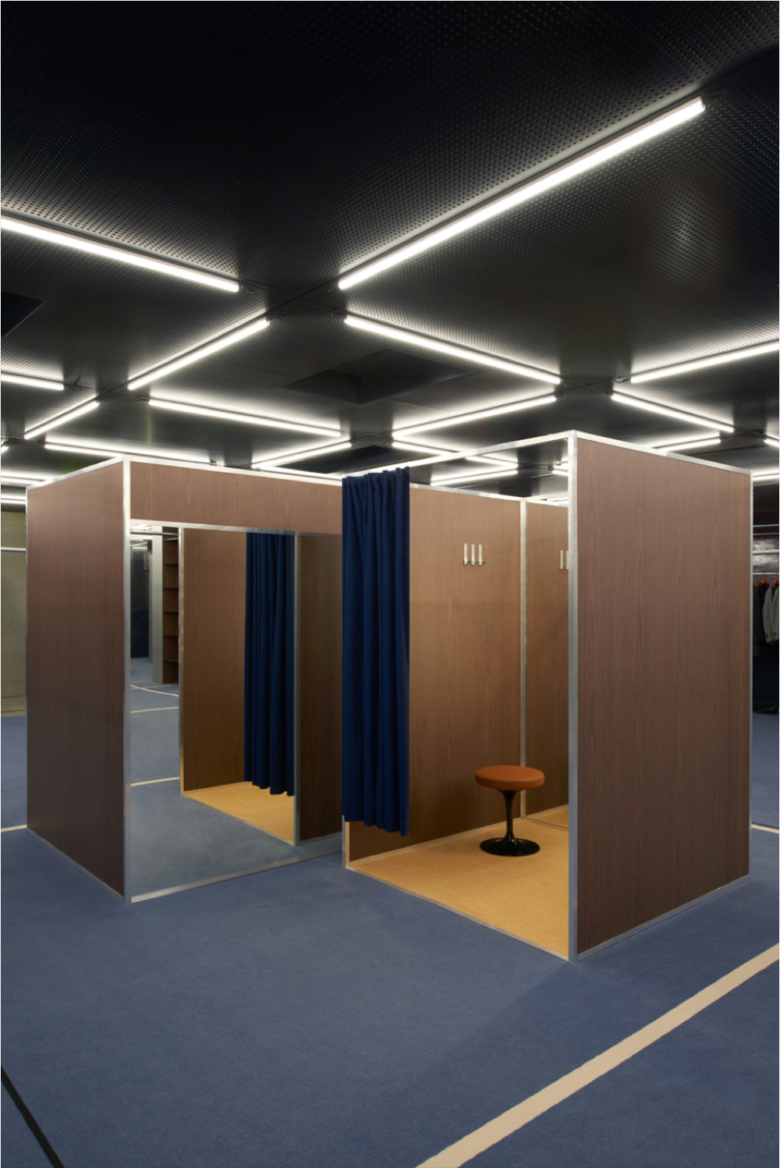 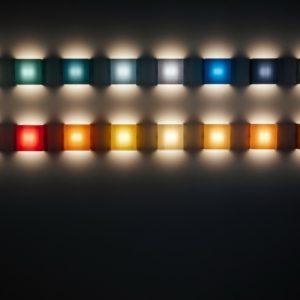 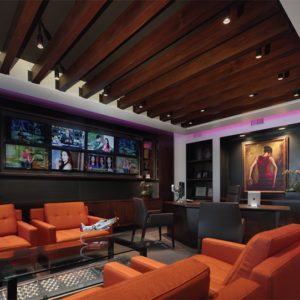 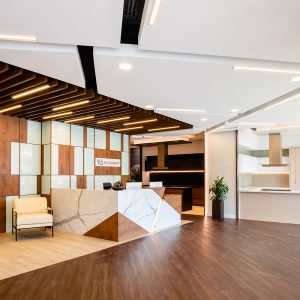 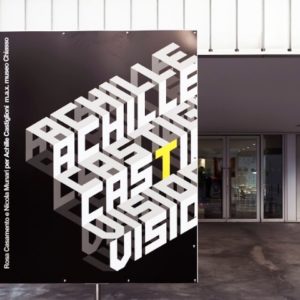