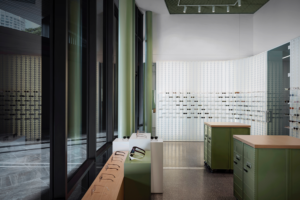 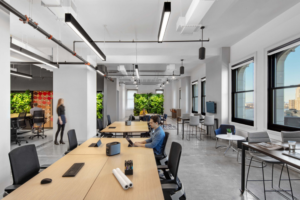 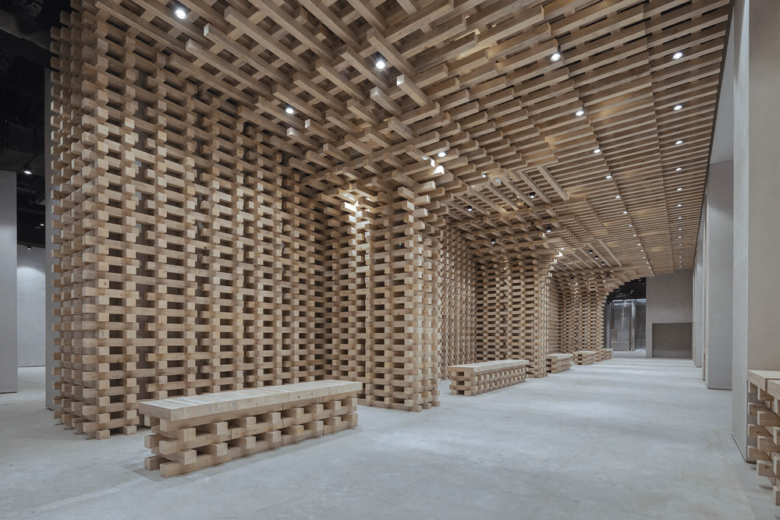 When Suppose Design Office and Toshiba teamed up for a Zen-like installation at Milan Design Week in 2010, the idea of providing some calm within the design-fair storm was radical yet also logical. Fast-forward a decade and such environments are everywhere and in every form. In Beijing, for example, BANDe Architects decided to give urbanites a rest from the stresses of CBD life with a calming multifunctional cultural space.

The release of Japanese organizing consultant Marie Kondo’s Netflix series was met with both (sparked!) joy and censure. While hoarders across the globe shared their #konmari makeovers on Instagram, critical articles surfaced online from the likes of The Guardian: ‘Marie Kondo, you know what would spark joy? Buying less crap.’ But setting aside the controversy for just a moment, let’s look at one reason cleaning up is taking off. As Kondo herself says: ‘Tidying orders and relaxes the mind.’

Mindfulness and mental health are very much on the agenda, particularly as the majority of the world’s population flocks to bustling urban centres. One such area is Chaoyang, Beijing’s largest and most populous district. ‘People are facing immense stress in urban life, especially in a CBD like Wangjing,’ says Kun Zhou, who cofounded BANDe Architects with Lin Xu. The area to which he refers is a subdistrict of Chaoyang and home to GreenMonster Lab, a multifunctional cultural space designed by BANDe. The 4,957-sq-m complex includes an exhibition centre, traditional culture hall, bookstore and brand exhibition space, among other areas. ‘We wanted to give people a place where they can relax,’ says Xu. ‘When they are tired, they can come to this space, appreciate the works of art, enjoy the latest exhibitions, taste delicious food – and then sit down and experience a quieter, slower pace of life.’

In part at least, Xu’s description could match that of an outdoor market – and indeed, the designers conceived GreenMonster Lab as a series of ‘streets’. But because the space is located on the basement level of Kuntai Jiarui Cultural Center, visitors are removed from the sensory overload surrounding typical kerbside stands. ‘We wanted people to feel as if they’re among a cluster of buildings inside the space,’ says Xu. ‘They can roam freely in the streets and alleys of the buildings, relaxing and socializing.’

The subterranean site wasn’t a blank canvas, though. When Xu and Zhou assessed the existing situation, they were thrown by five large columns, scattered seemingly at random. ‘The visual effect was very chaotic,’ says Zhou. In true Kondo fashion, the architects conducted what they call ‘spatial organizing’. But rather than tossing everything out in the trash, they dealt with the ‘messy’ situation that confronted them by salvaging what they could use and either integrating or concealing the rest. The columns, for instance, became part of the scheme. ‘When we blended the merchant units and the pillars together,’ says Zhou, ‘we could realize a very clean aesthetic while accommodating the necessary functions.’

It’s hard to imagine that the clean and minimal design BANDe delivered will remain so polished. Since opening, the ‘lab’ has hosted a number of art exhibitions and activities, many of which were aimed at children, and market stands will be handed over to vendors, who can decorate them according to their needs. It’s a common concern, of course – there’s a reason Frame receives images of fashion boutiques devoid of clothing. But perhaps the new tenants have been listening to Kondo, too. 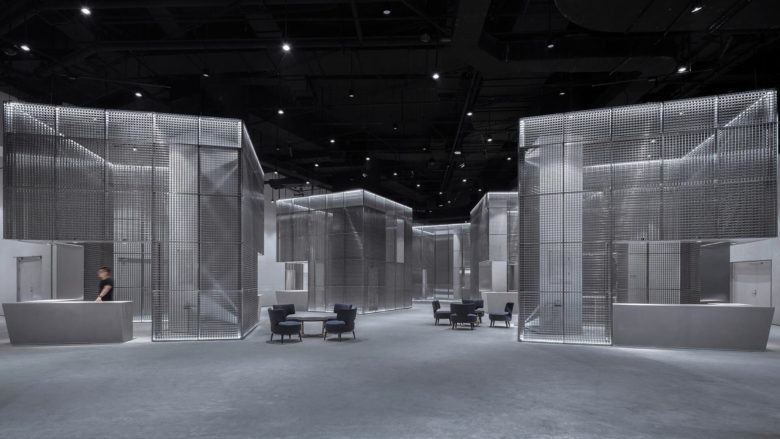 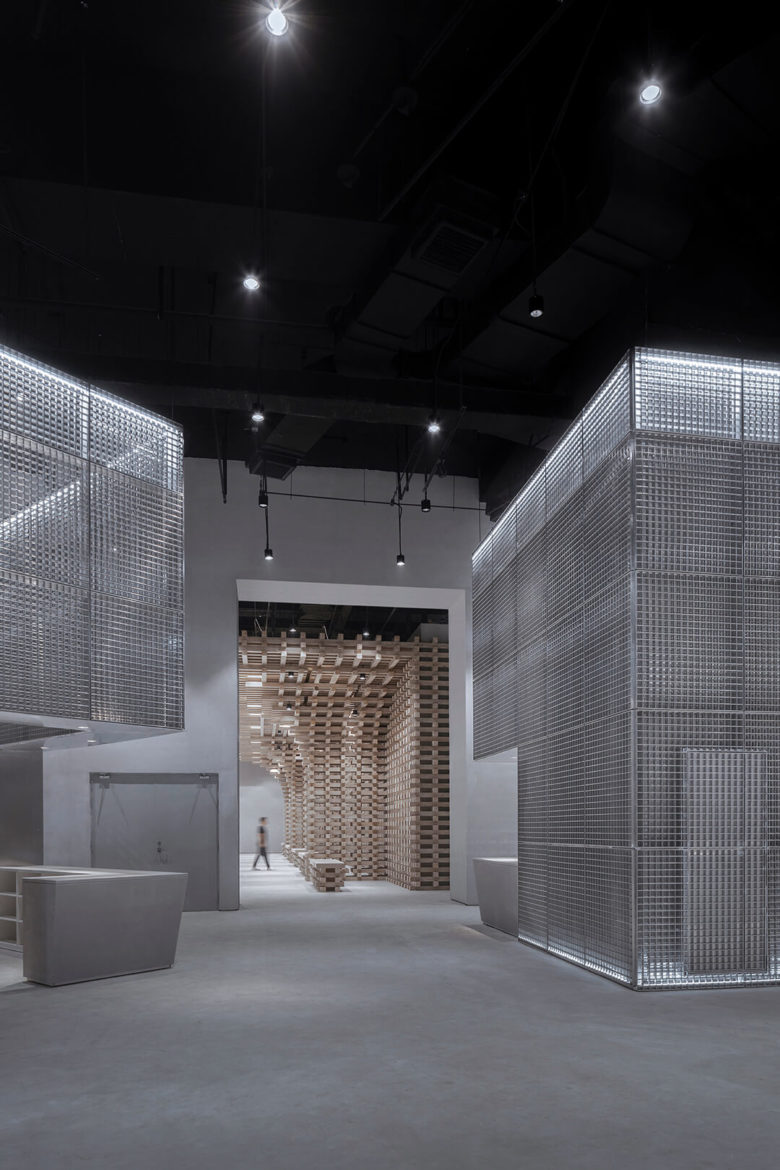 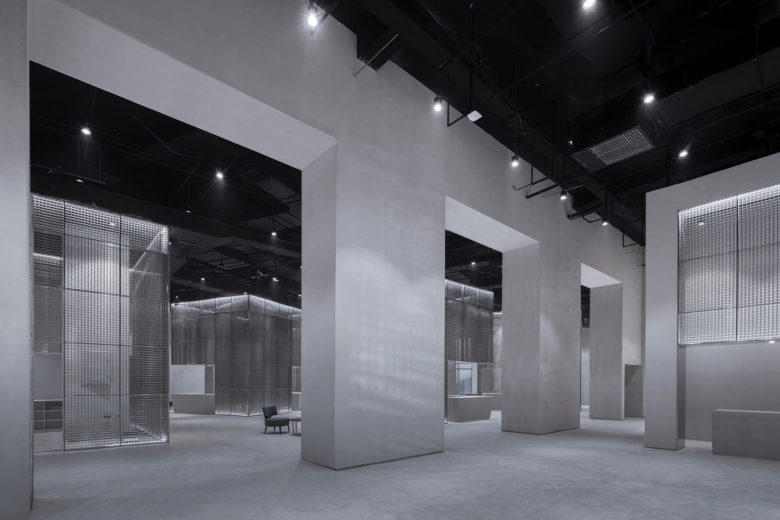 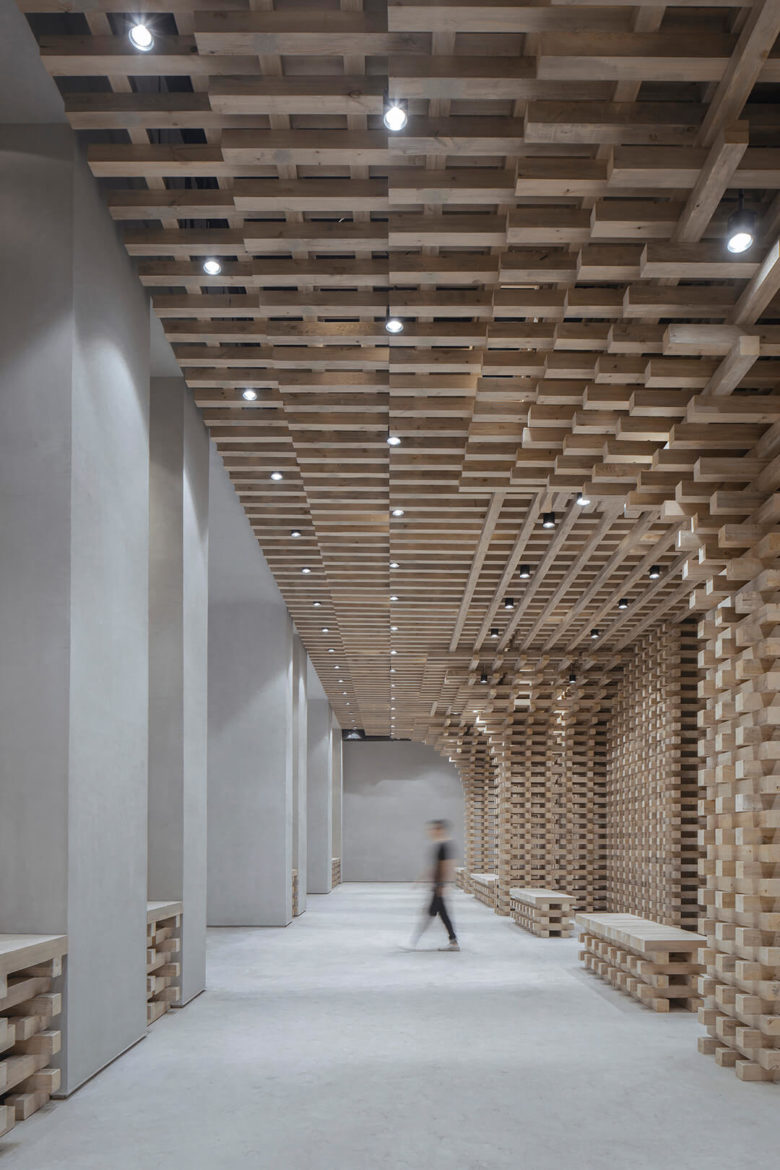 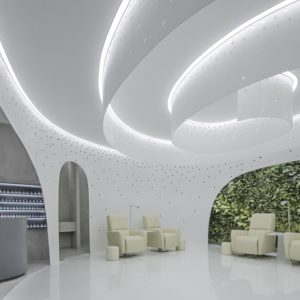 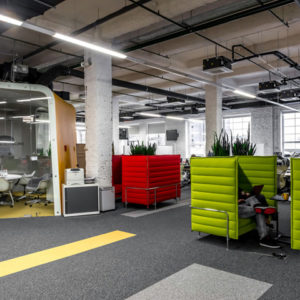 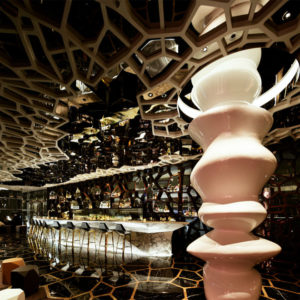 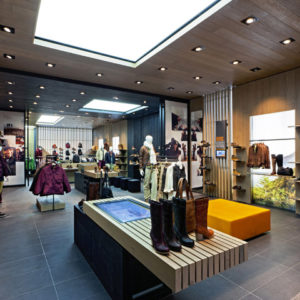 Timberland by Dalziel and Pow, London by retail design blog