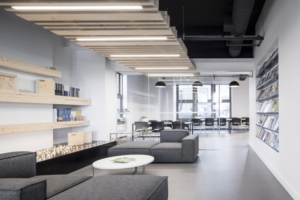 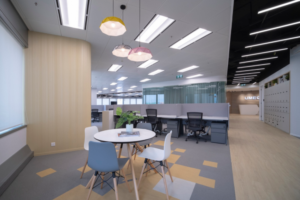 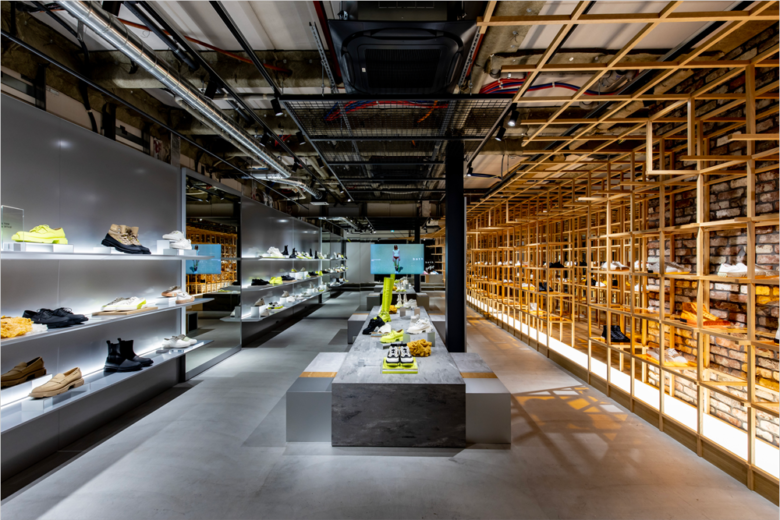 The signature rubber elements in the designs of shoe brand both have made it a coveted name among forward fashion crowds across the planet. Although the merchandise can be found at various top retailers who specifically cater to this demographic, the Paris-based company has now made its foray into retail with a standalone boutique of its own. Contrary to what many its fans may have expected, it hasn’t popped up in the French capital, but in the maze of alleyways of Tokyo‘s Kita Aoyama neighbourhood. The store design, created by both‘s artistic director Nicolas Santos, reflects the brand’s innovative aesthetic and sees a playful juxtaposition of sleek industrial elements with raw construction materials. One side of the elongated retail space is lined with sleek tiered shelving and large mirrors, and the opposite site sees an exposed brick wall superimposed by intricately constructed scaffolding-inspired shelving which even extends onto the ceiling and the shop façade. A display of seemingly stacked blocks stretches towards the back of the store. As if to celebrate its ties with the city’s creative community, a collaboration was struck with fashion brand Jenny Fax, resulting in an art installation and window display, in addition to a series of tweaked existing and new shoe charms for both‘s Pop and Gao shoe models. To the store opening comes with the launch of the brand’s S/S 2020 Collection which is inspired by geology, featuring new juxtapositions of natural and synthetic materials. 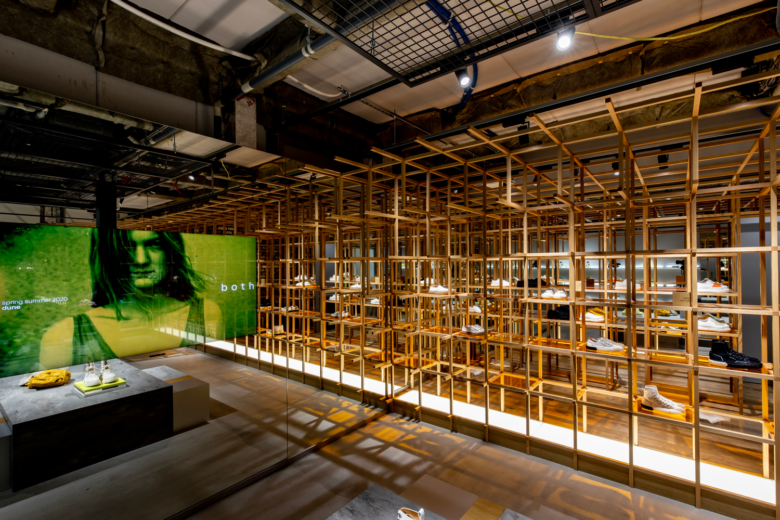 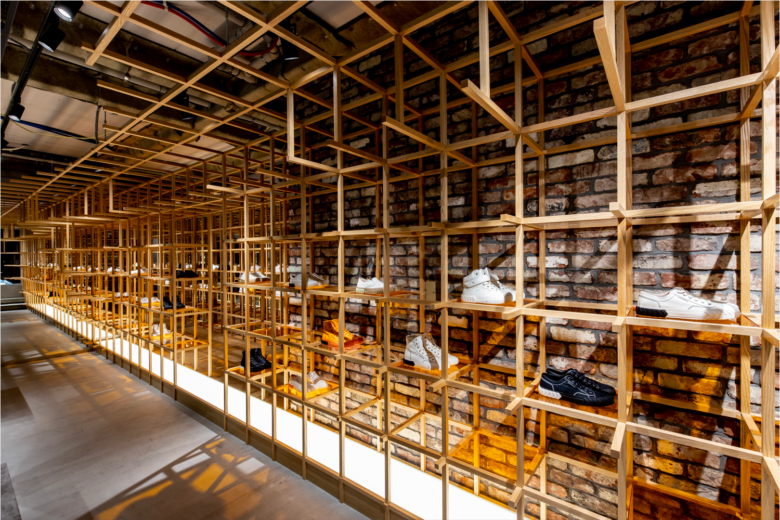 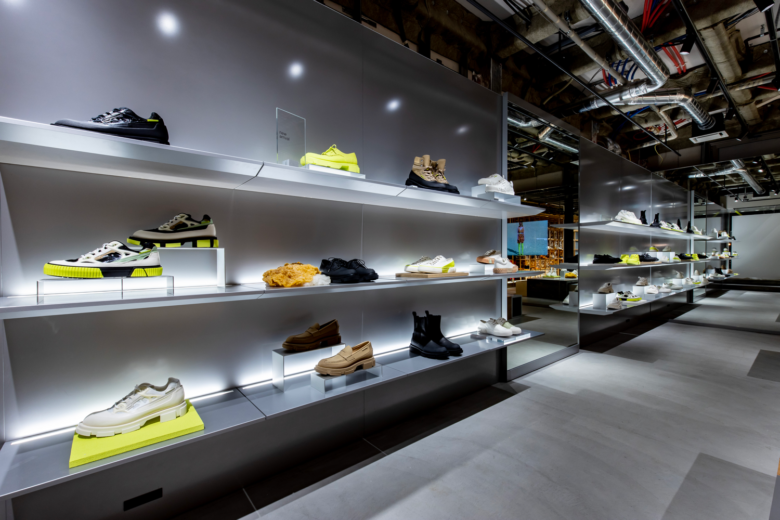 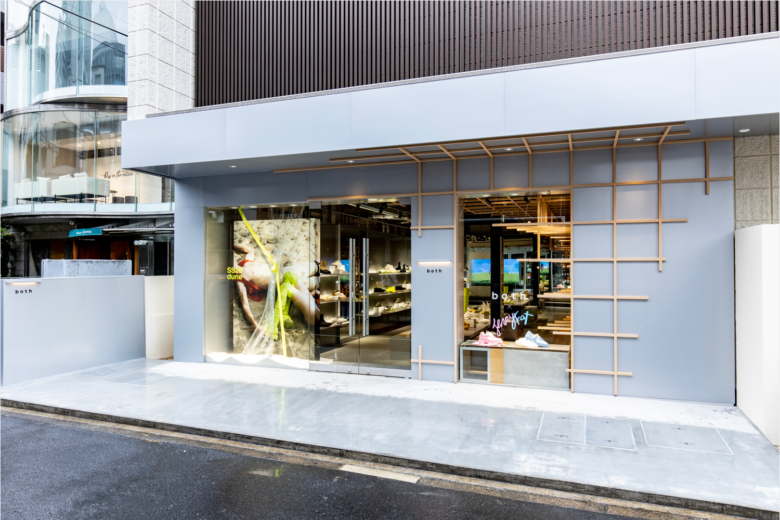 Forest library installation by the students at the Estonian Academy of Arts, Pähni – Estonia by retail design blog 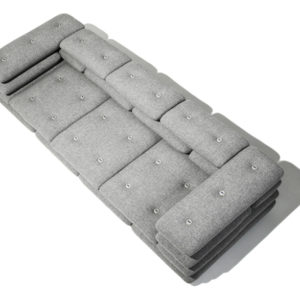 Brick sofa by KiBiSi for versus by retail design blog 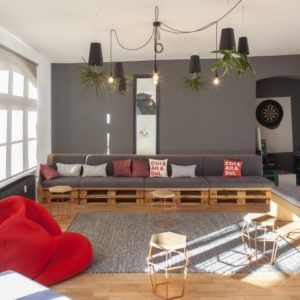