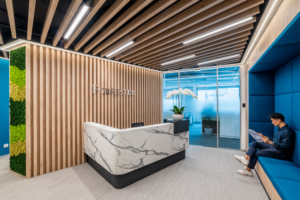 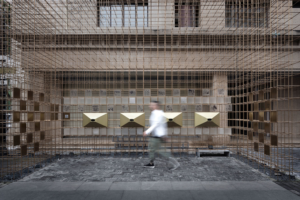 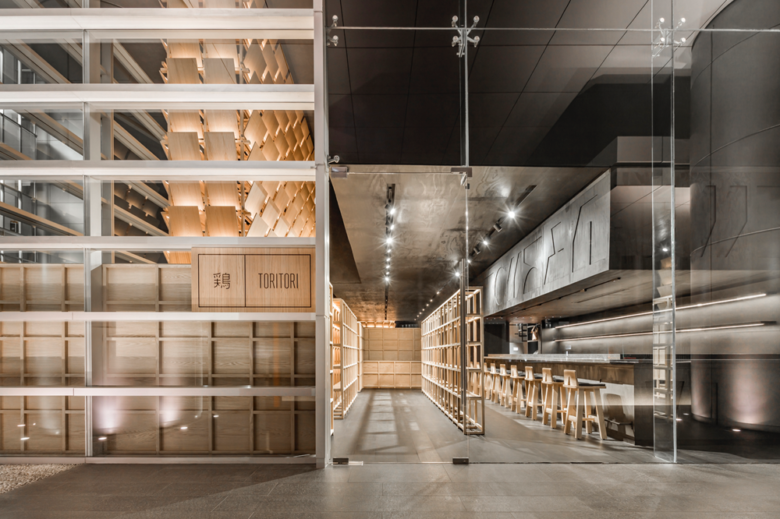 The Tori Tori restaurant chain is somewhat of a phenomenon in Mexico City‘s gourmet circles. Founded in the mid-1990s by Katsumi Kumoto, a Japanese immigrant who obtained a degree in literature and philosophy in the homeland and then trained as a dentist in Mexico, the venues have not only become a benchmark of Japanese fine dining in this country, but also places where to marvel at exceptional architectural settings. Now part of Urban Group, one of the city’s leading hospitality companies, it has expanded with a number of branches a cross town and the latest has just opened its doors in the leafy southern suburb of Santa Fe. All previous restaurants have either been designed by leading local practices Rojkind or Esrawe, and this time, it has been the latter. The new Tori Tori restaurant occupies a lofty 720 sqm. (7,750 sq.ft.) ground floor space of multi-storey office building, and sees an interior design which takes cues from the renowned understatement in Japanese craftsmanship and iconic elements in Japanese culture.

Near the entrance, demarcated by intricately constructed wooden dividers, sits Grab & Go, the restaurant’s very own shop. Above it hovers a suspended canopy which hints the aesthetic which can be found inside. The large wooden structure, backlit to maximise a dramatic effect, stretches upwards to the ceiling, and its texture mimics the construction of classic Samurai armour. Directly opposite, the sushi bar can be found, featuring large decorative bas-reliefs based on the abstraction and stylisation of Kanji writing and graphics, but if you ask us, they look more Aztec. Advancing further, Tori Tori’s main dining space unfolds, featuring a grid of seating arrangements, and at the centre, in a double height section, another suspended object can be found. Cylinder-shaped and featuring similar aesthetics and backlit effect, it visually dominates the space. The L-shaped dining space is flanked on two sides by separate glass-encased dining rooms which, on the other side, look out on the office building’s surroundings. Similar to its other branches, the new restaurant offers an elaborate menu dominated tasty sushi, sushi rolls, and sashimi and teppanyaki dishes. 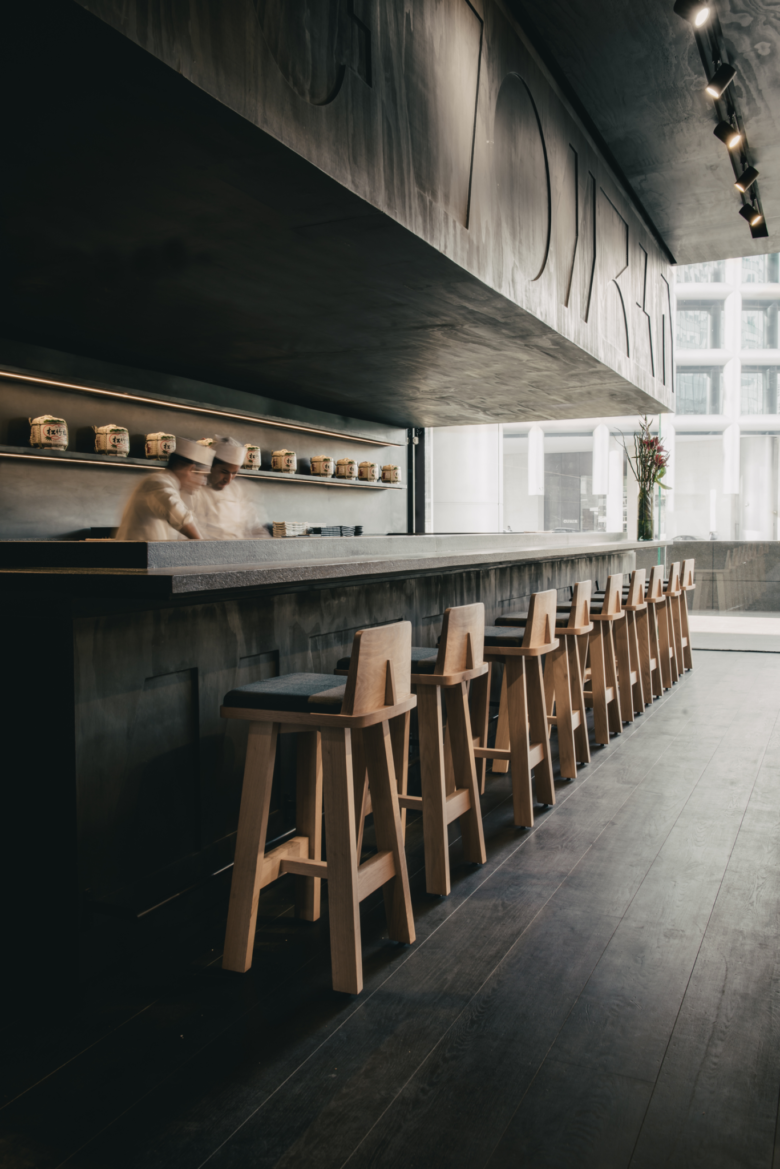 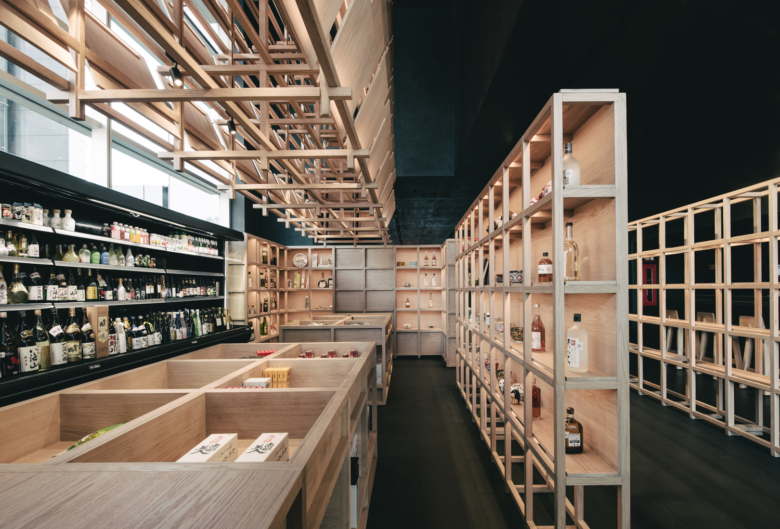 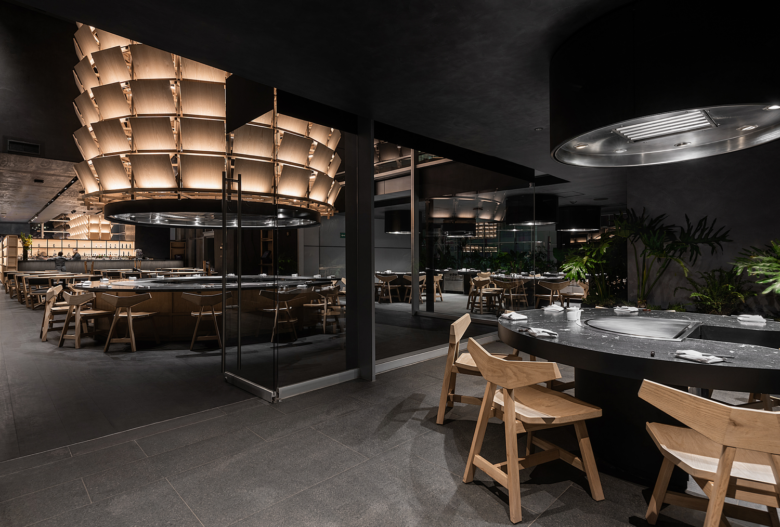 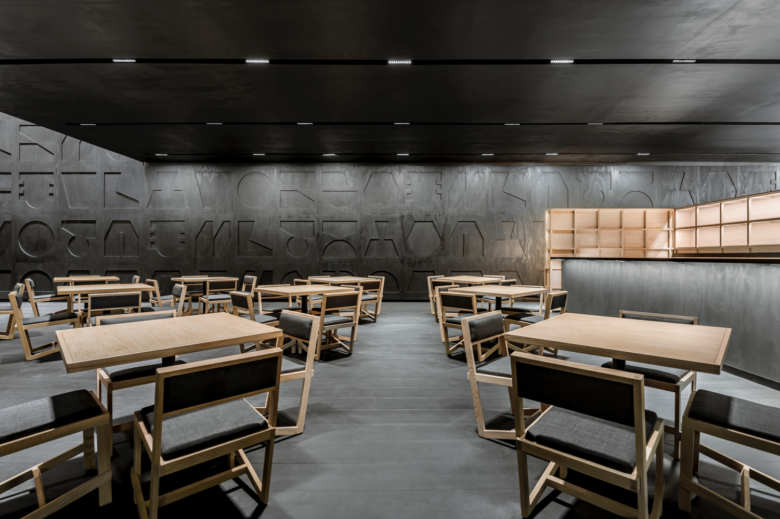 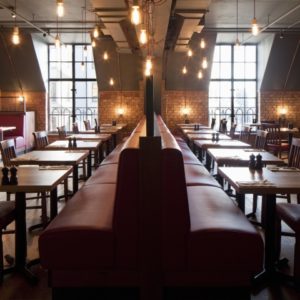