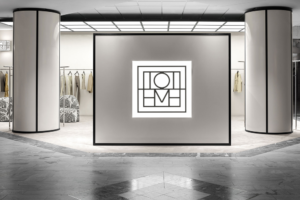 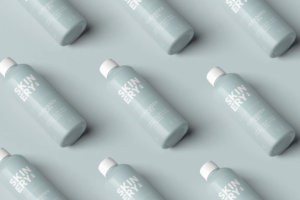 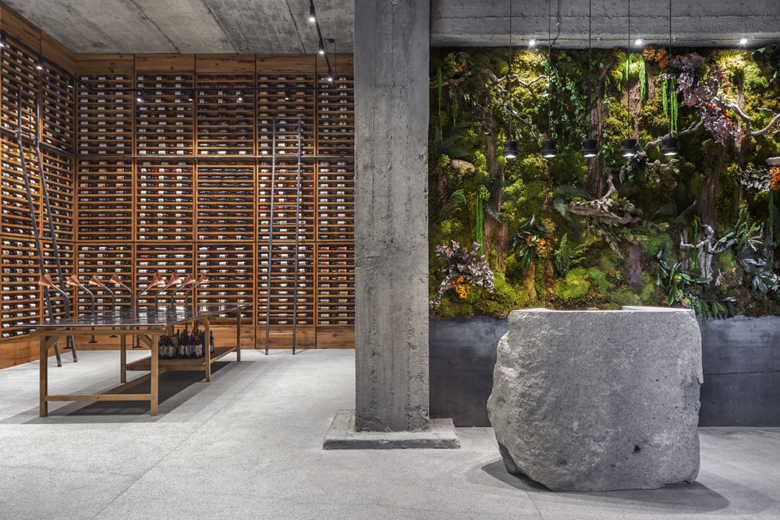 The space that captures you, the place where you lose the sense of time, the atmosphere that makes you calm, it’s Vineria, wine cellar in the central part of Old Tbilisi. From a chaotic, busy street we suddenly get into the space that is completely isolated from the city, street, people, noise and creates its own world.

Prior to the renovation works, there was the abandoned basement with honed walls, remains of old coverings and a lot of useless items. However, the potential of this space was noticeable from the very beginning. Our goal was to create a place, which would make anyone feel comfortable, release from the daily load and get an opportunity of rest.

As soon as we enter the space, while walking down on the stairs, we see the green wall (with hanging plants) and in front of it – the rock with the function of receptionist’s table. The height of the ceiling has enabled us to make mezzanine, with the tasting area placed on it, under which there are the shelves of wine and strong alcoholic drinks, as well as the zone for cisterns. In the same part there is the Georgian space with traditional attributes and decorations associated with wine.

The visitor can bake Georgian traditional bread ‘Lavashi’ by his hand, make traditional candle-shaped candy ‘Churchkhela’, see the traditional accessories used for making wine: Kvevri, Satsnakheli and others. Taking into consideration that there is a high ceiling, we covered the wall with two traditional Georgian carpets; we think that with the carpets this zone becomes more distinctive. The stairs of mezzanine and the above-mentioned space are separated by the glass, which allows the guests to view it from different sides.

We believe that the thing which brings together the interior, is the central space, of which two perpendicular walls from floor to ceiling are covered by a wooden shelf, that per se is created for special wine bottles. In front of them, there is the first table of olfactory tasting in Georgia.

There are two more spaces in this zone: a little library and a lecture/conference space. It should be noted that Vineria is a small museum too, as inside the metal and glass convoy made island, that is located in the central part of the ground floor, there are preserved an ancient wine tableware and accessories found during archaeological works at various times in Georgia. 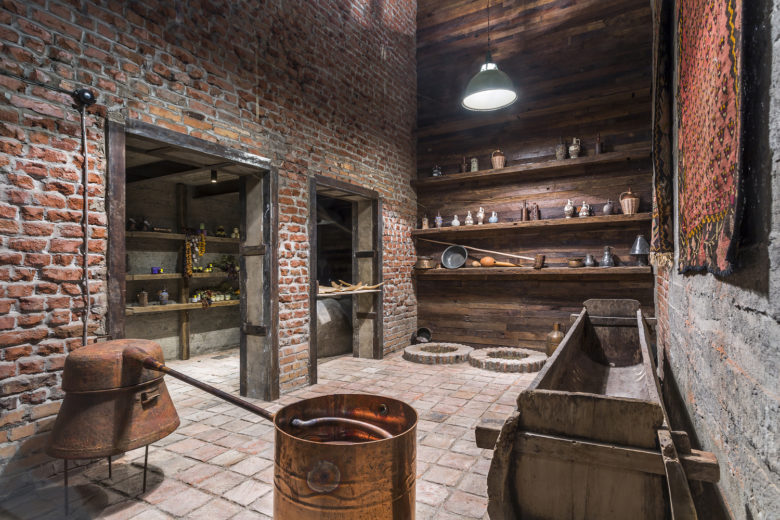 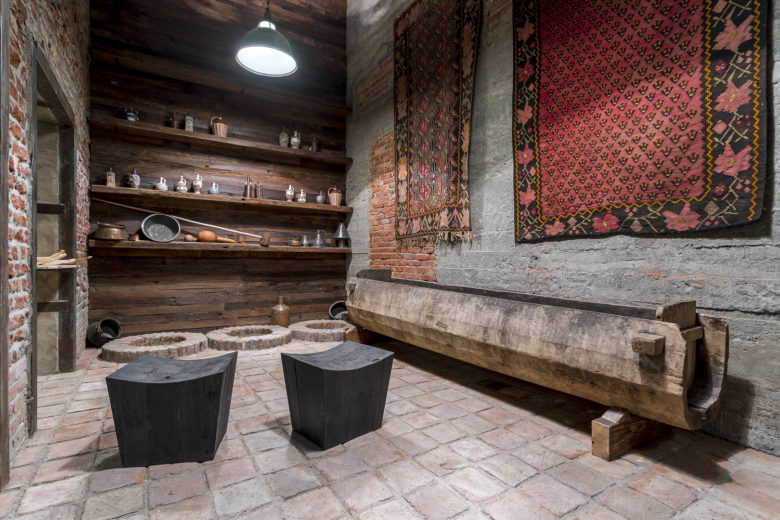 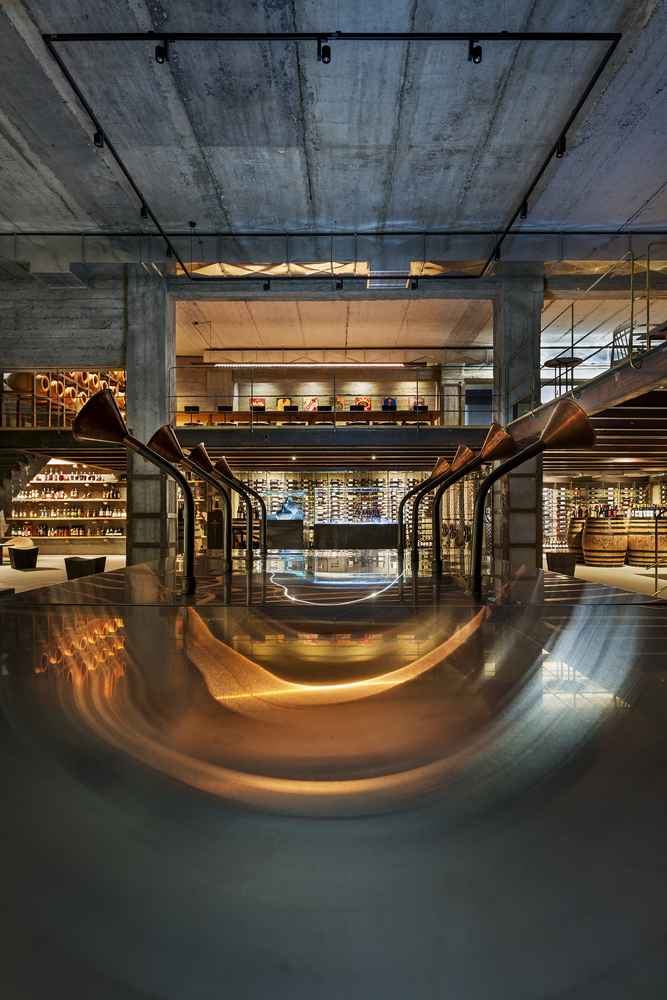 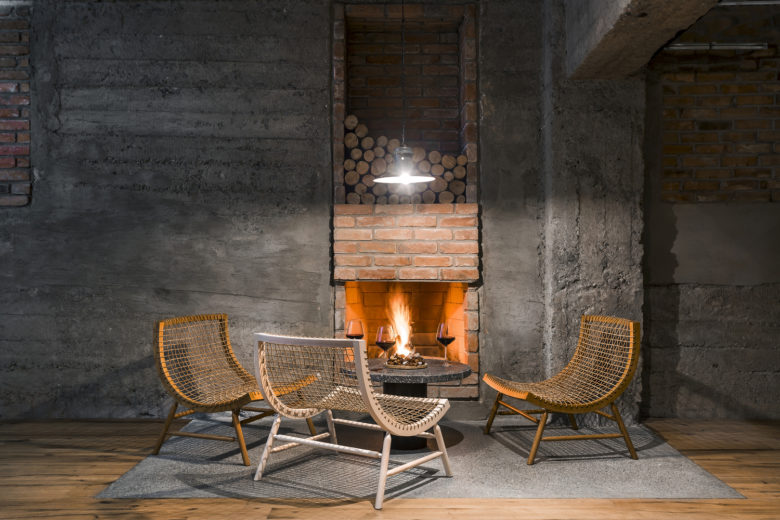 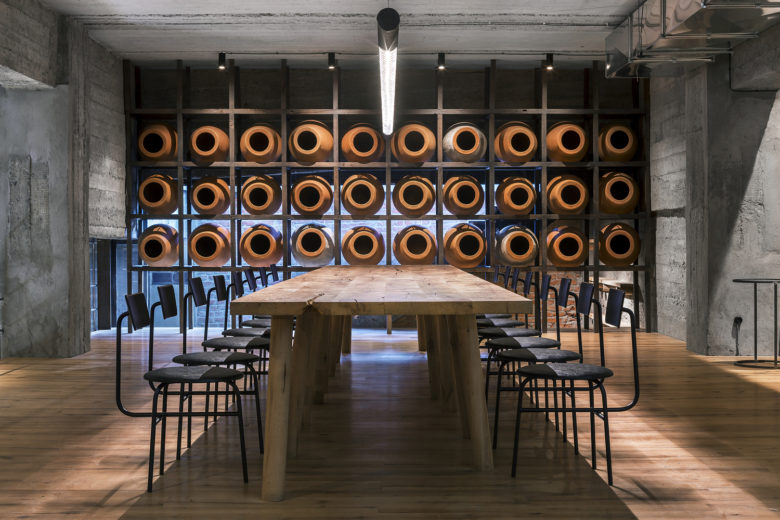 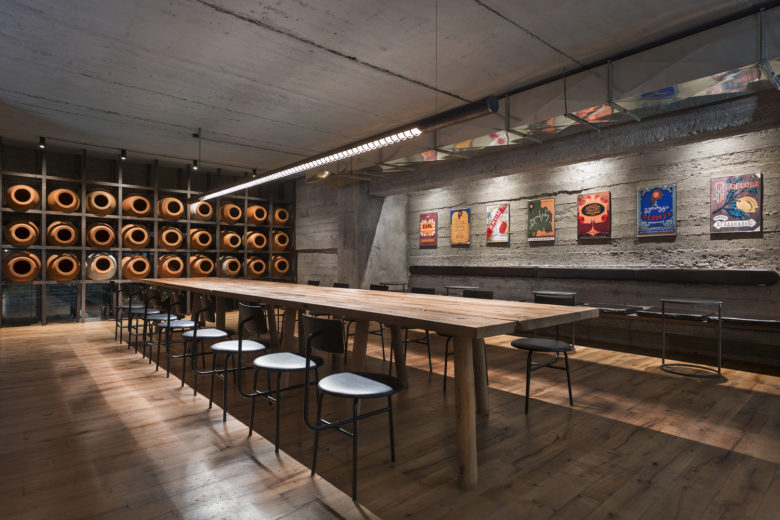 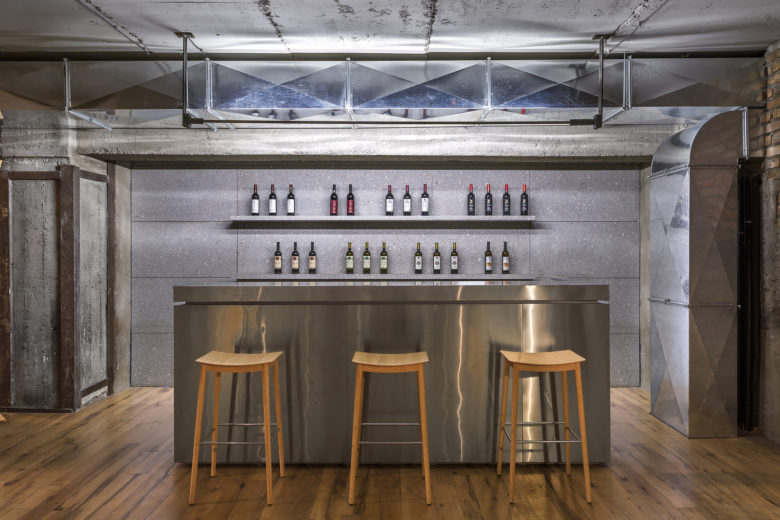 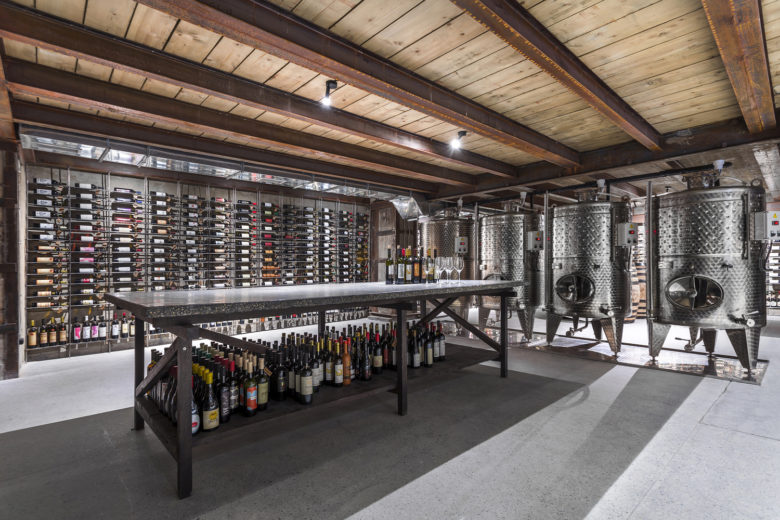 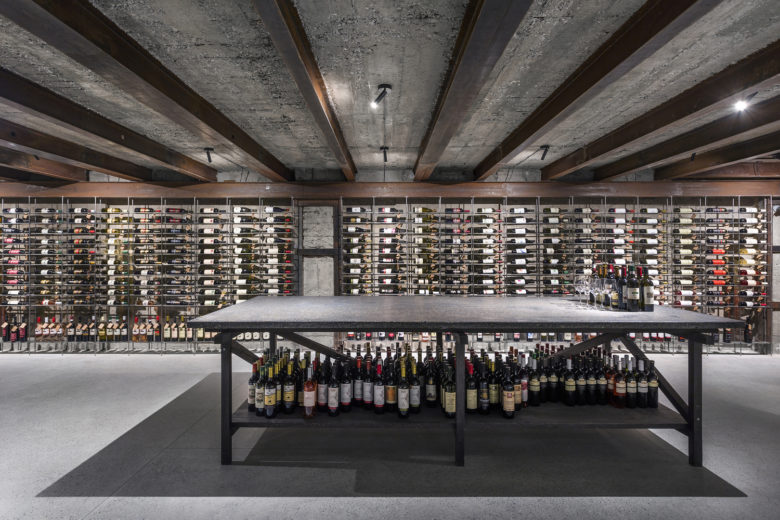 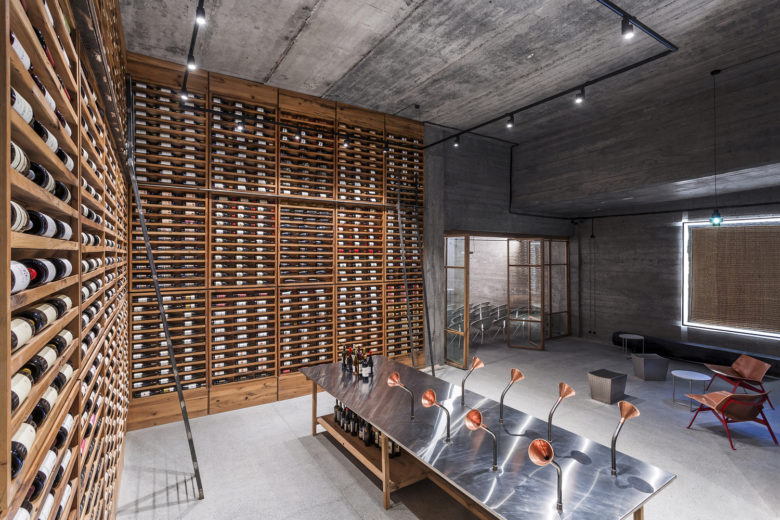 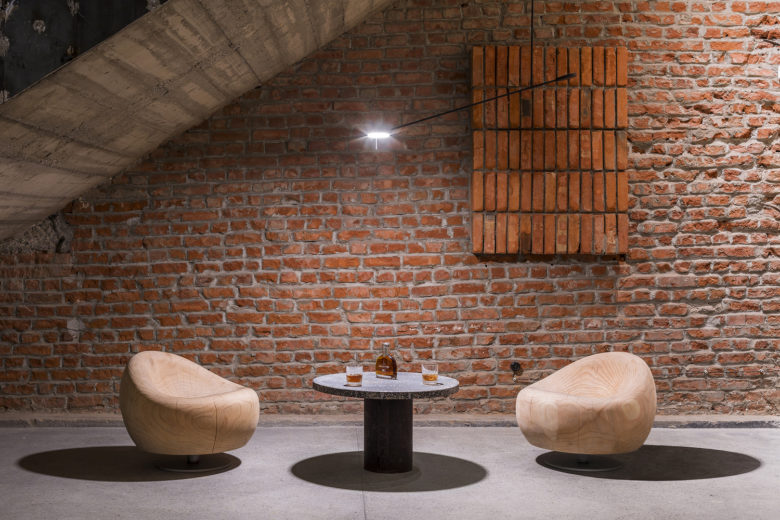 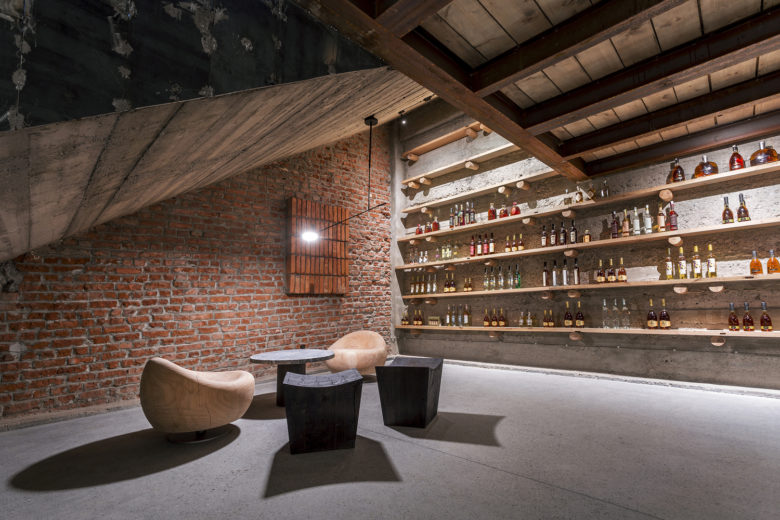 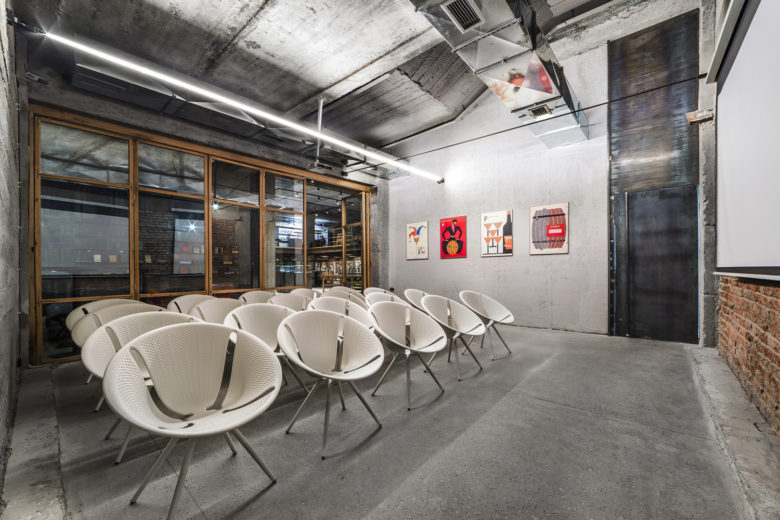 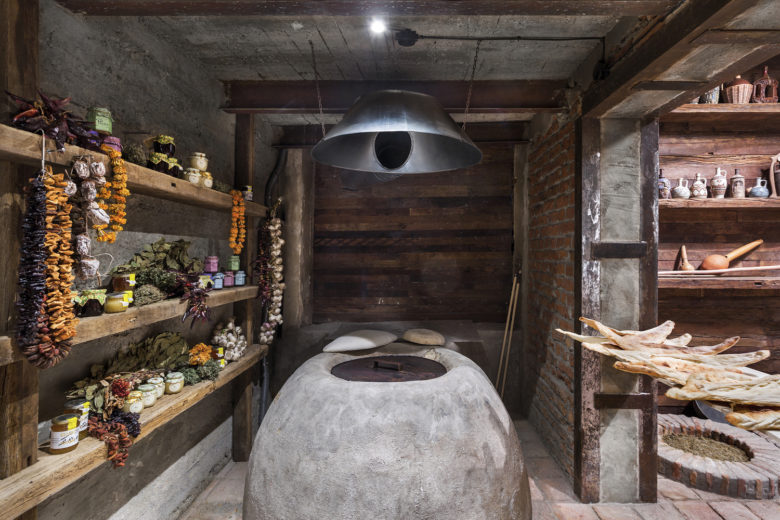 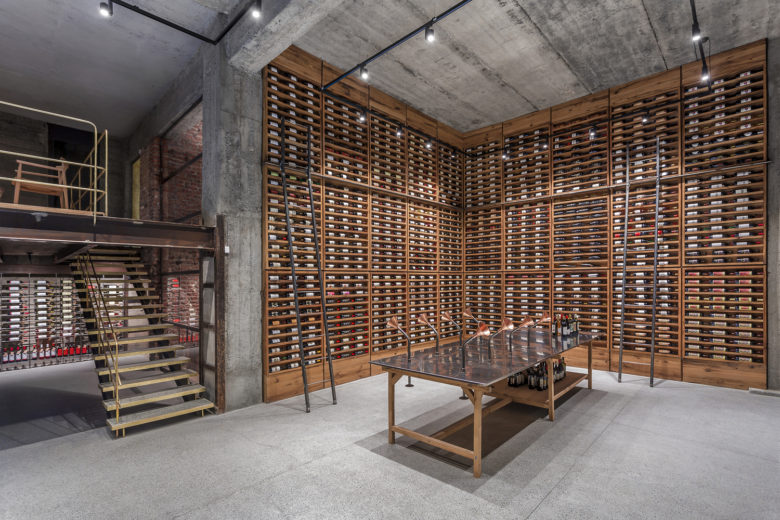 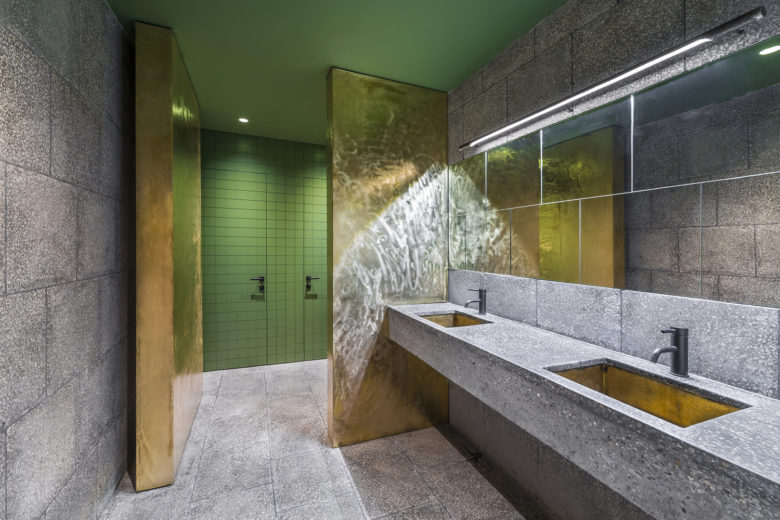 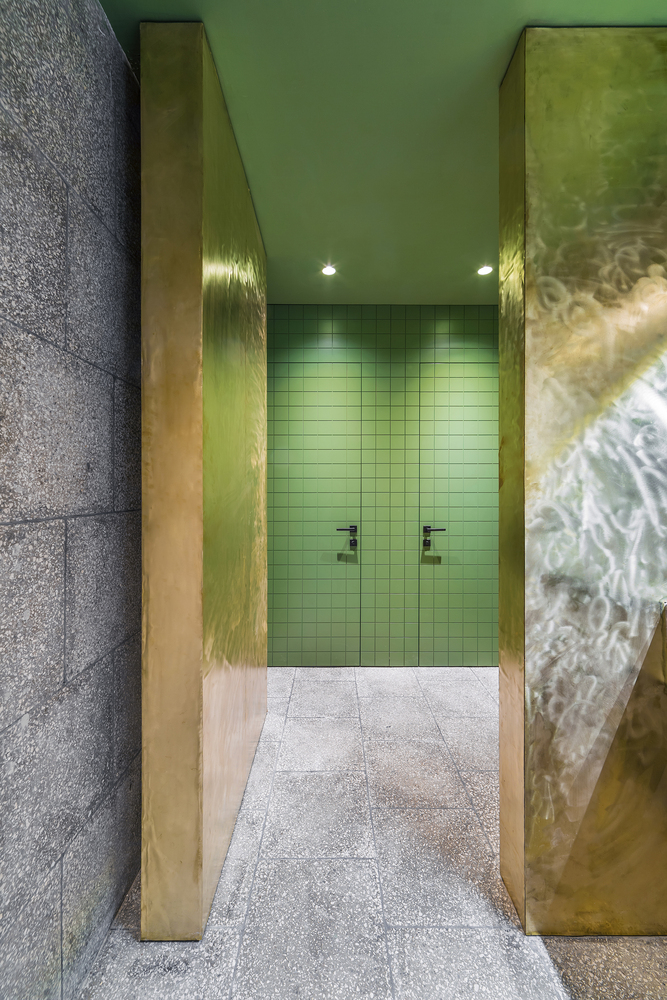 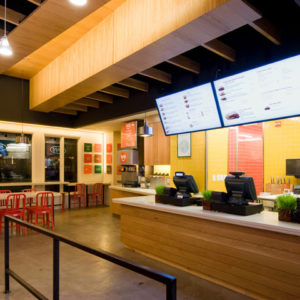 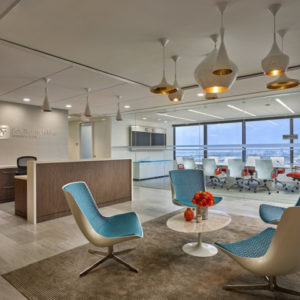 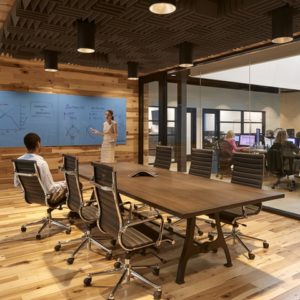 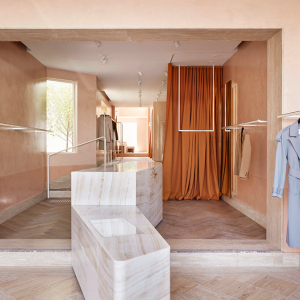