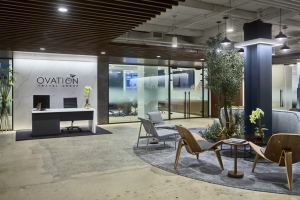 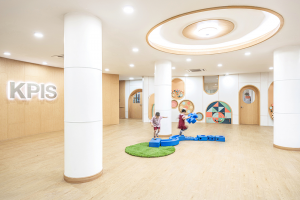 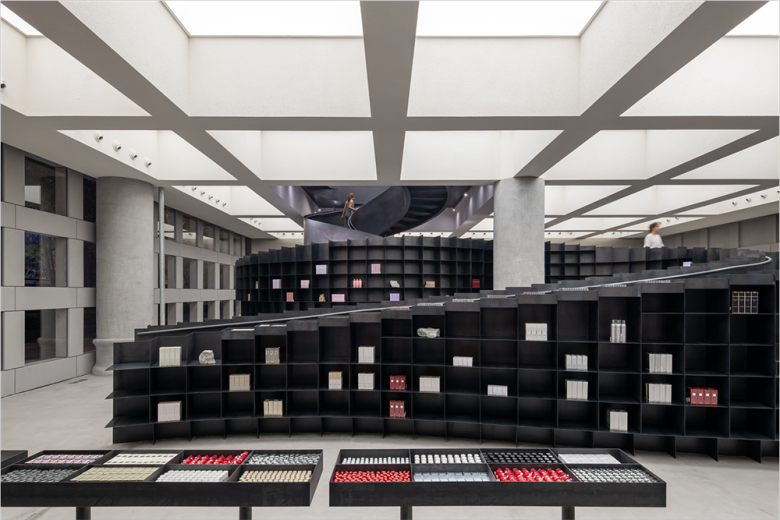 Chinese cosmetics retailer HARMAY is taking the homeland by storm—not only with a slew of coveted offerings, but also by presenting them in alluring retail spaces. Following the launch of flagship stores in Shanghai, Beijing and Hong Kong, the company has just opened a new outpost in Chengdu. The store is situated at Jingronghui, a shopping mall in the heart of the city, and sees a renewed collaboration with AIM, an architecture practice based in Shanghai and Hong Kong. Steering clear from generic retail interiors, HARMAY‘s newest venue is no exception, adding to the brand’s growing reputation as a purveyor of both coveted goods and experiential shopping. The chosen aesthetic for the premises, a generous 625 sqm. (6,727 sq.ft.) set across two floors, is loosely inspired by The Difficult Road to Shu, a poem of Tang dynasty poet Li Bai, infusing it with plenty of visual drama. But then again, that starts right outside. The low-rise structure it occupies is clad in a stone grid, and the openings allow peeks inside and of two entirely different settings. Passing through the ground floor entrance, shoppers instantly notice that the grid extends indoors onto the ceiling, creating a dynamic, cage-like backdrop for a monumental shelving installation.

The swirling structure, crafted from steel and featuring shelving units on its outer shell, embeds two sloped pathways and stairs which lead to an equally swirling staircase on top, and eventually, the upper floor. Here, the setting is less voluminous, and thus more intimate, and initially anticipates the circular shape of the staircase with curved steel dividers and more sleek shelving laden with merchandise. Alongside the entire length of the façade of the building runs a band of greenery, ushering shoppers towards a metal-clad curved which conceals a separate laboratory-inspired space. An elongated installation with built-in steel sink and shelving takes centre stage, while the back of the curved wall features additional shelving, albeit recessed and backlit. Diagonal rows of tubular lights add to the visual dynamic of the setting. This section of the HARMAY store seamlessly connects the physical shopping experience to the brand’s website as the range of products tried here can’t be purchased, but only ordered online—mind you, the company initially started as an online retailer twelve years ago. The new HARMAY store stocks a wide selection of leading cosmetics brands from across the planet, including a number of nationwide-exclusive names. The company’s expansion of physical retail is accelerating, and an additional store in Shanghai is scheduled to open in the near future. 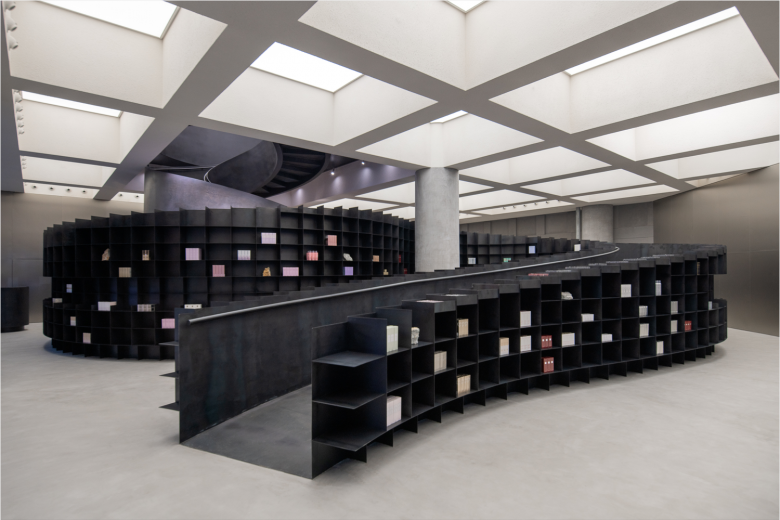 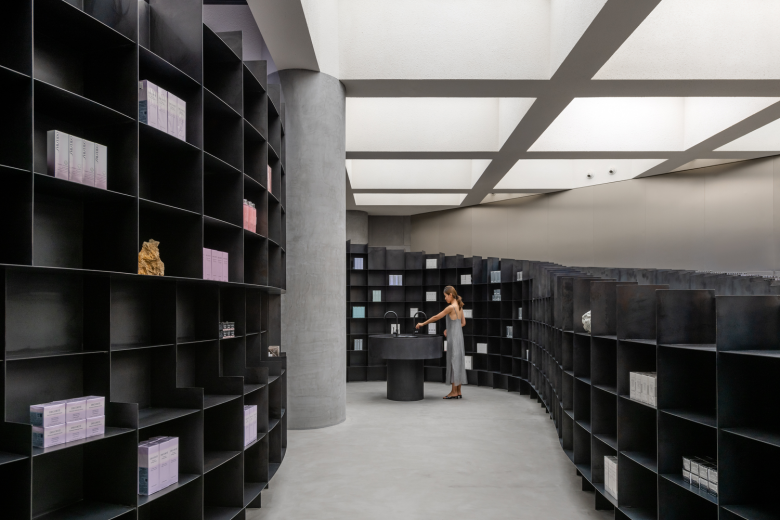 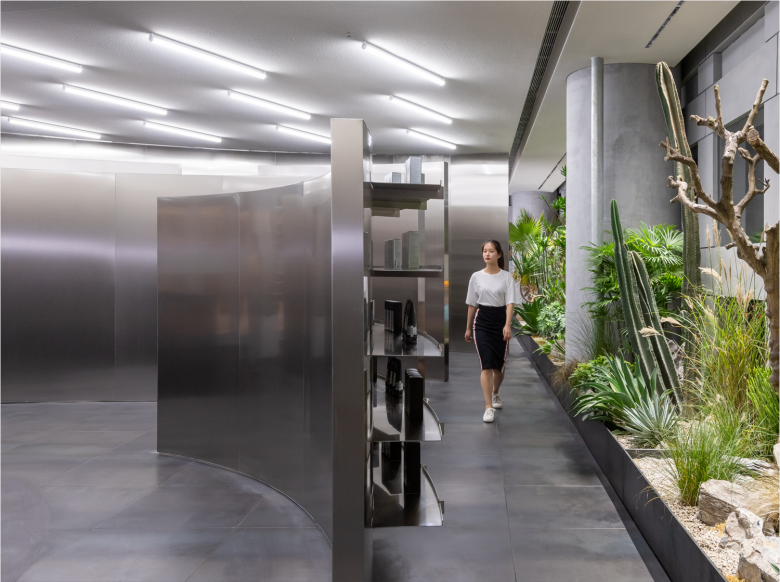 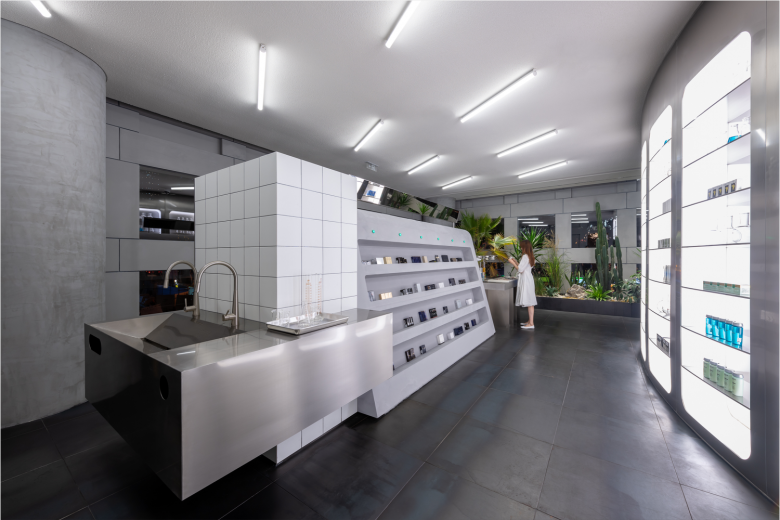 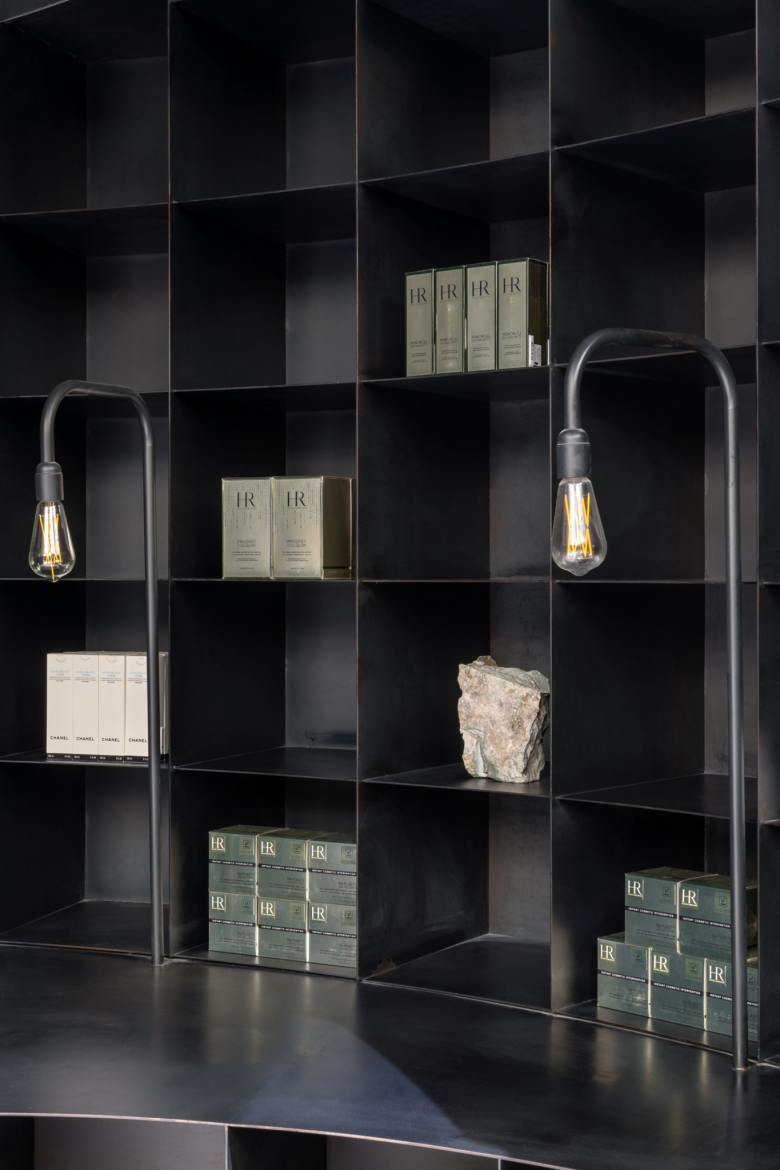 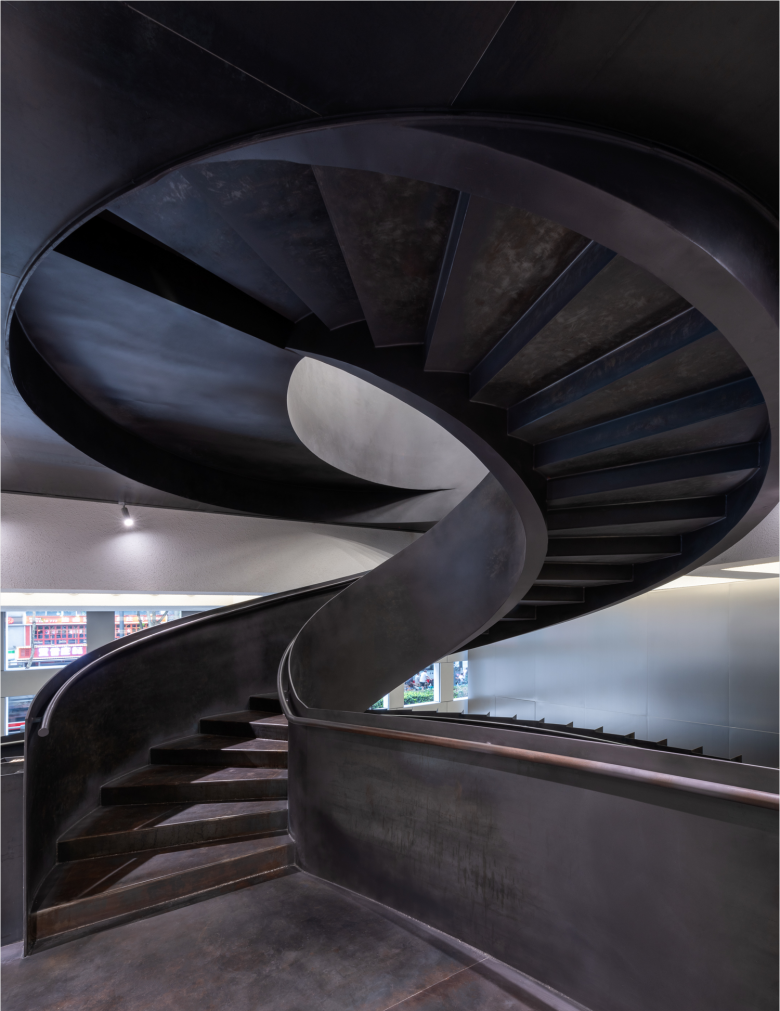 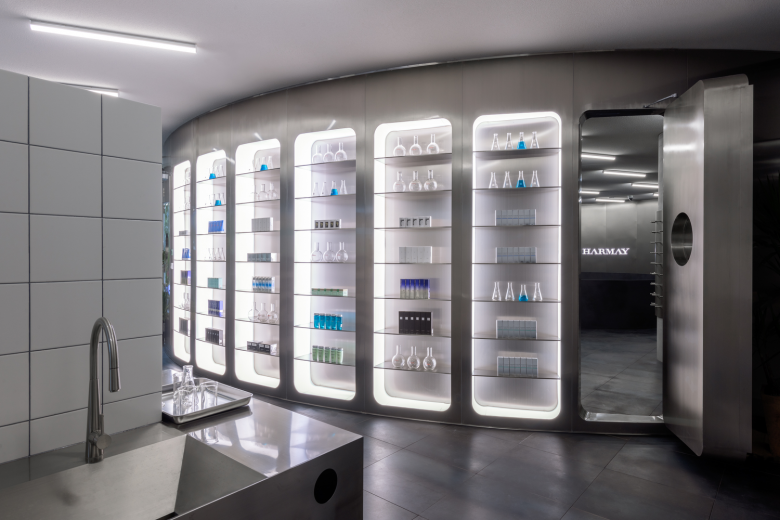 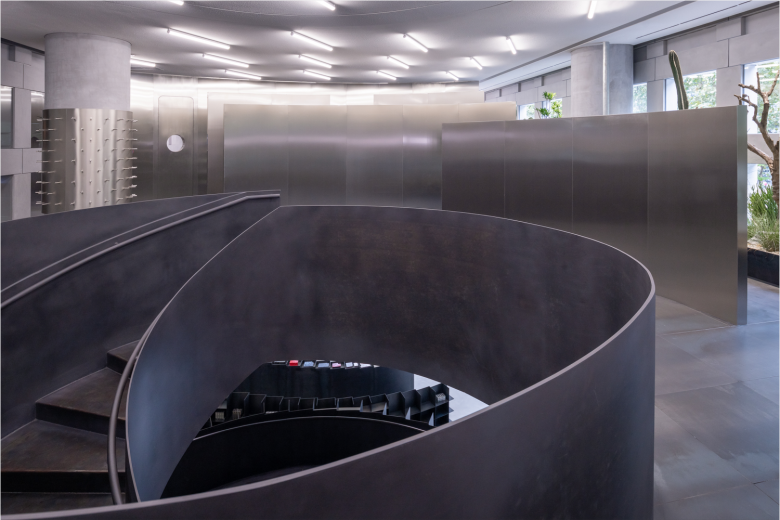 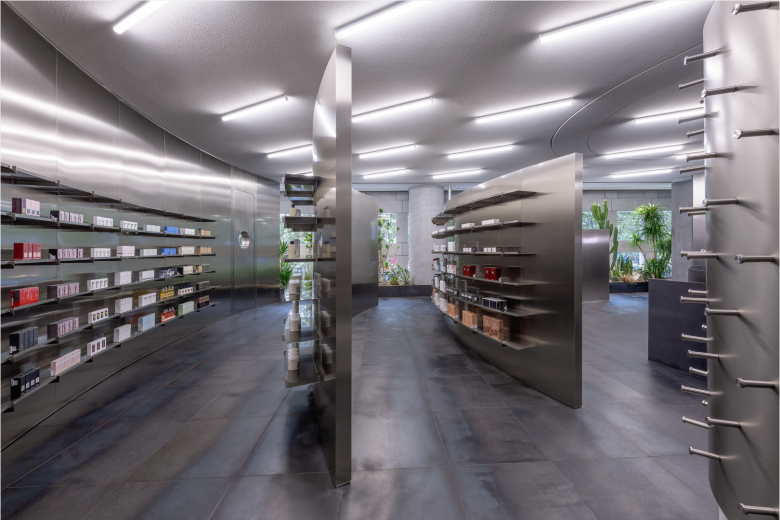 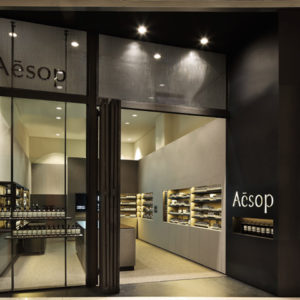 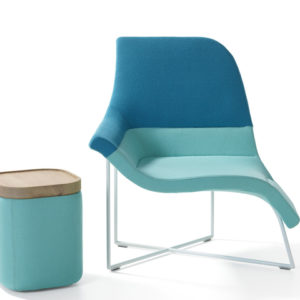 Gemini chair for Artifort by UNStudio by retail design blog 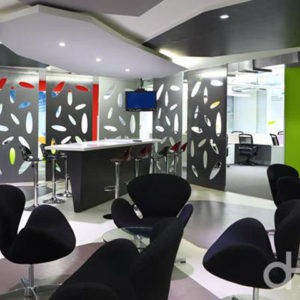 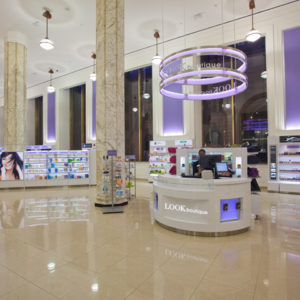