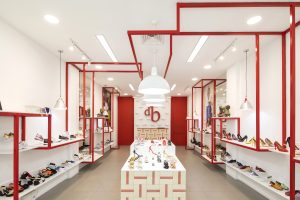 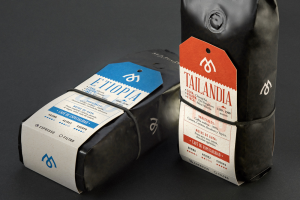 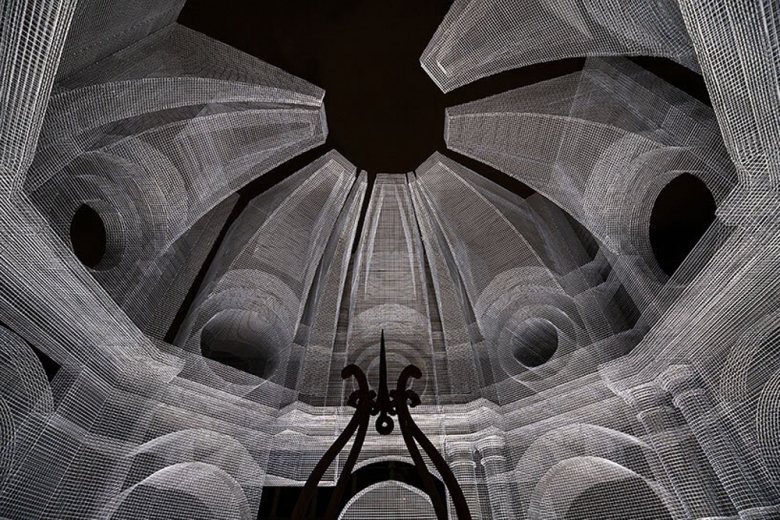 Modern Antiquity
In continuation of his architecturally-focused, ethereal sculptures, Edoardo Tresoldi takes to Ravenna in the presentation of ‘Sacral.’ The public work is unveiled on the occasion of ‘a pop saga,’ the third exhibition in the ‘Dante. The eyes and the mind’ series at the art museum of the city of Ravenna (mar). The work reimagines familiar elements of classical architecture in a way that is ghostly and ephemeral, referencing the ‘Noble Castles’ illustrated by Dante in his inferno. The installation will be on display in the museum cloister from September 1st 2021 until the exhibition ends on January 9th 2022.

Built of wire mesh, Edoardo Tresoldi’s ‘sacral’ has been installed in the 16th-century cloister of the art museum of the city of Ravenna (mar). The space was originally the canon’s monastery of Santa Maria in Porto which celebrated the Greek Madonna mentioned by Dante in Paradiso, the canticle he completed during his time in Ravenna. The artist invites visitors to physically enter the enormous sculpture, representing the noble castle and, ‘as if in a performance, to retrace Dante’s journey.’

The artist comments: ‘An archetypal image is capable of creating a dialogue between past and present, using a language comprising of meanings that recur over time. In the 16th-century cloister of the mar, sacral acts as the memory of a somewhere we have already been, a familiar image that introduces the visitor to the exploration of Dante.’

A new ‘Castle of the Great Souls’
With ‘sacral,’ Edoardo Tresoldi was called to represent the theme of ‘souls’ for the ‘Dante. The eyes and the mind’ exhibition series in Ravenna. The artist was tasked with the creation of an ideal reinterpretation of the Dante’s ‘castle of the great souls’ with the major installation that invites visitors to imagine a surreal experience and to fully engage with the surrounding landscape.

Dante illustrates these ‘noble castles’ in canto iv of the inferno as a symbolic place inhabited by the souls of those who left honor and fame behind them on earth. They are the great souls of antiquity — philosophers, poets, scientists and writers — with ‘grave and slow-moving eyes.’ people who were great in their earthly lives because of their moral qualities, but who are destined to eternal suffering because they lack the theological virtues. 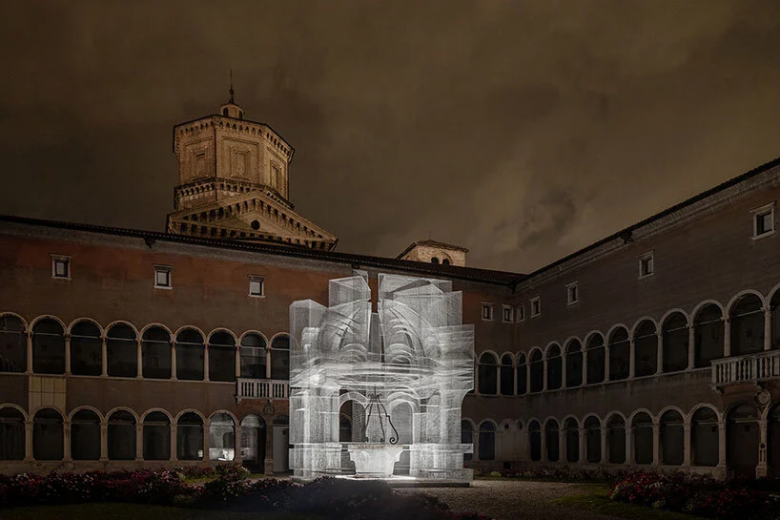 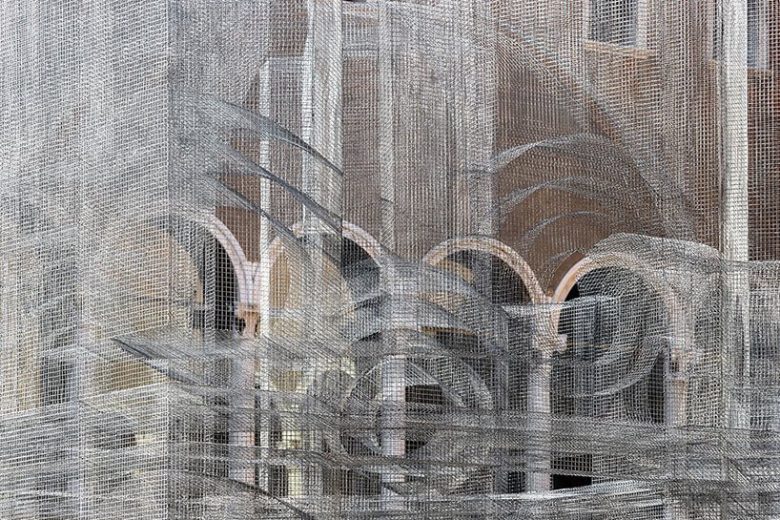 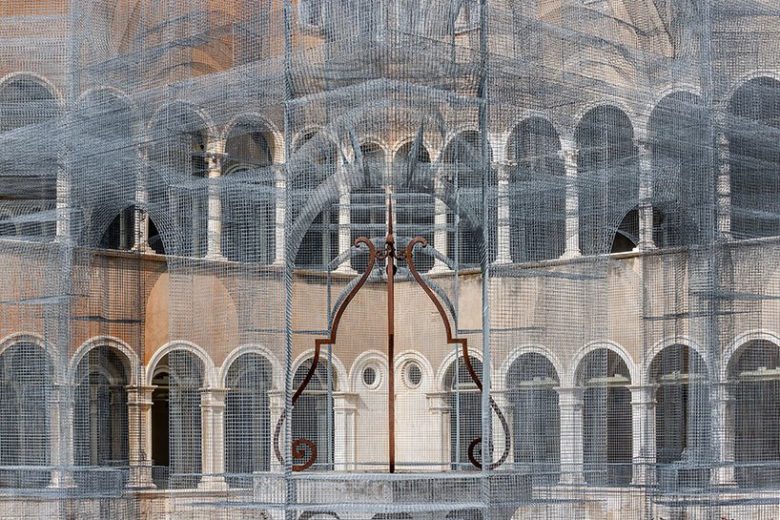 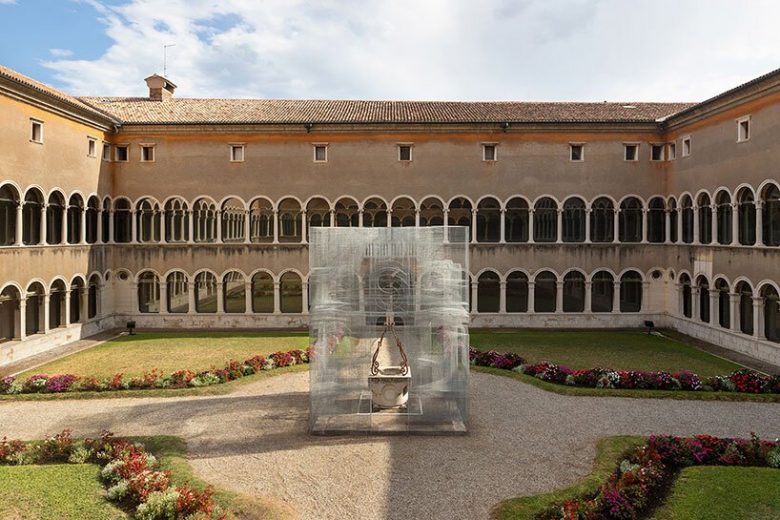 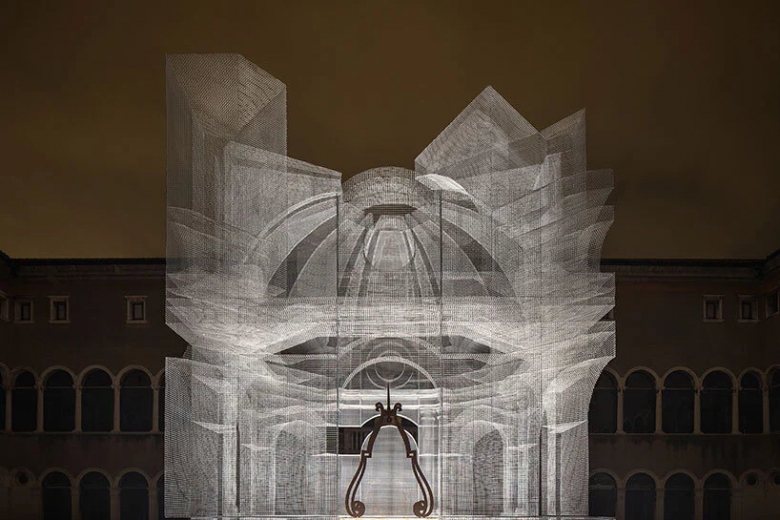 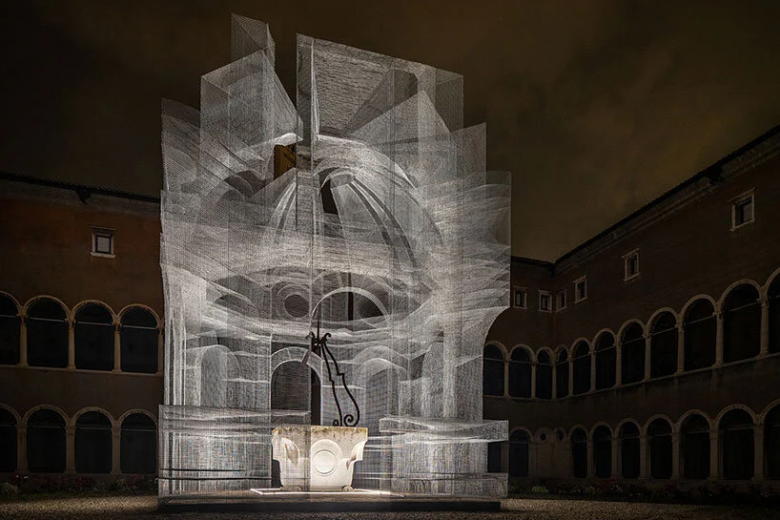 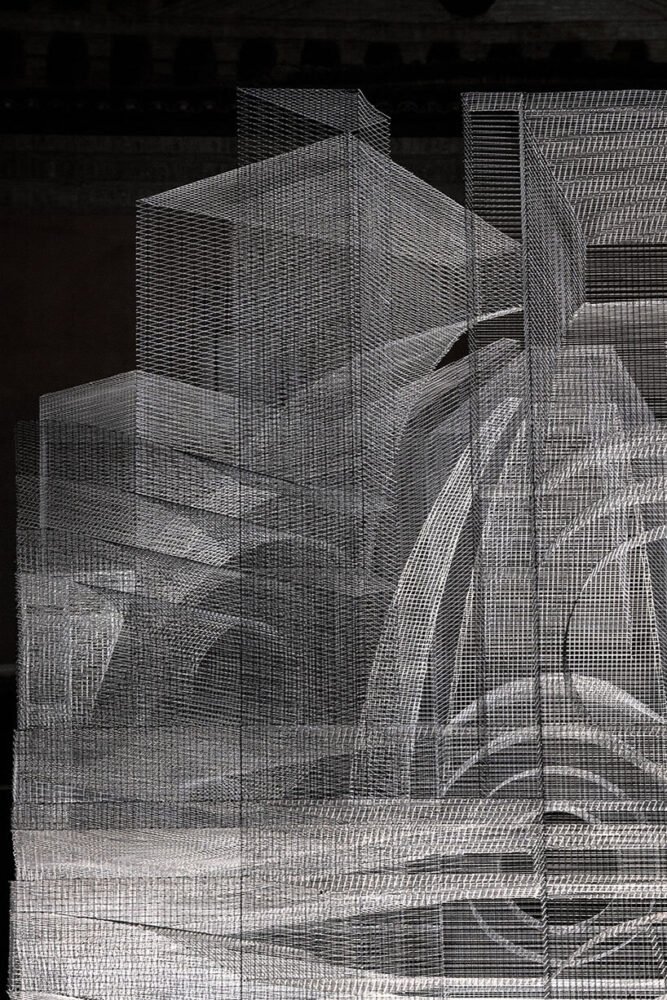 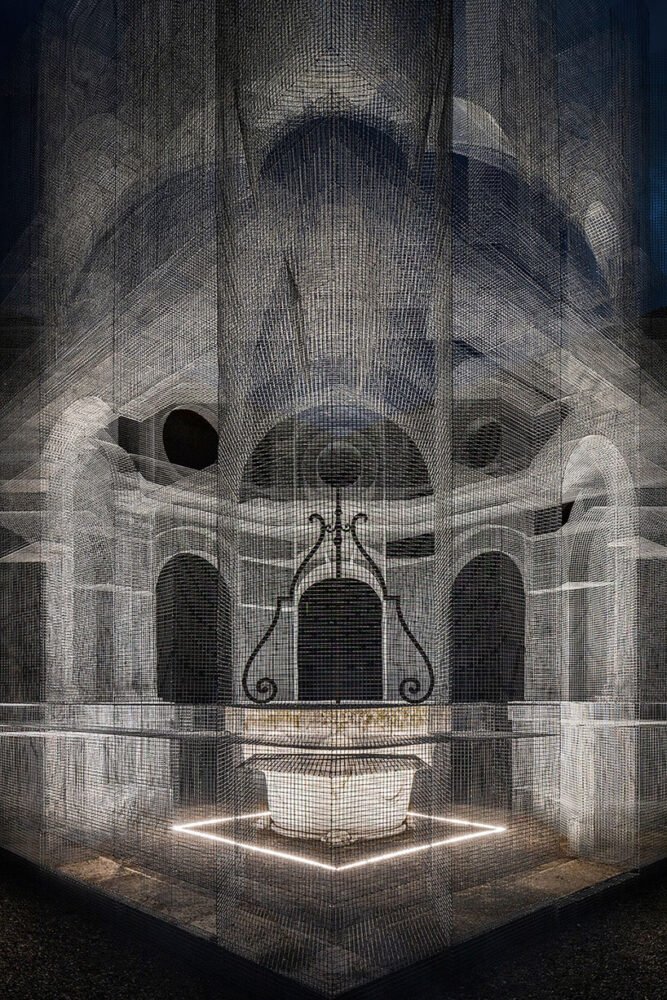 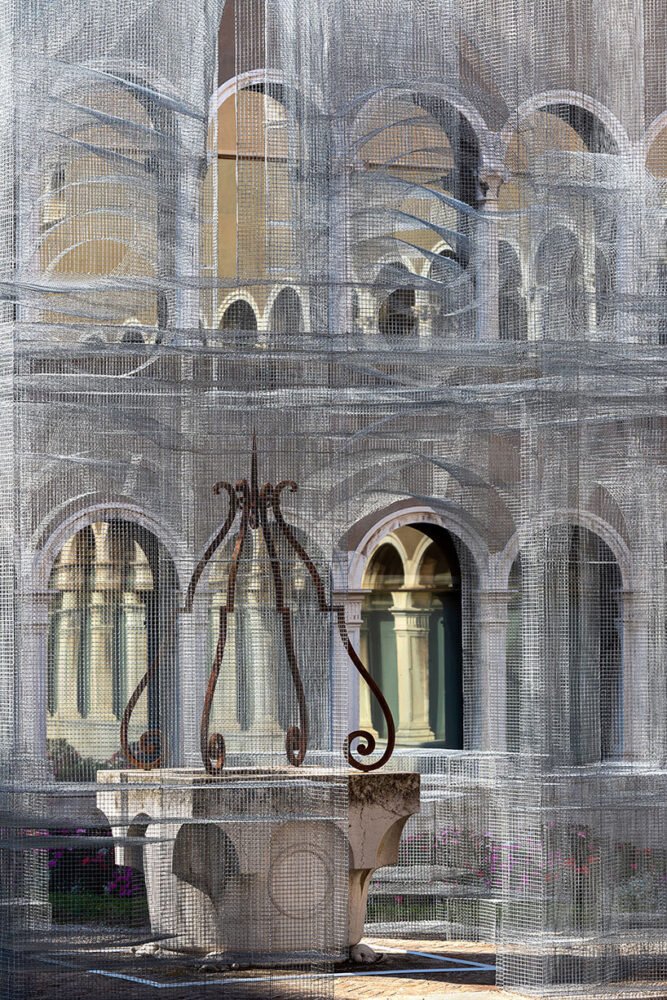 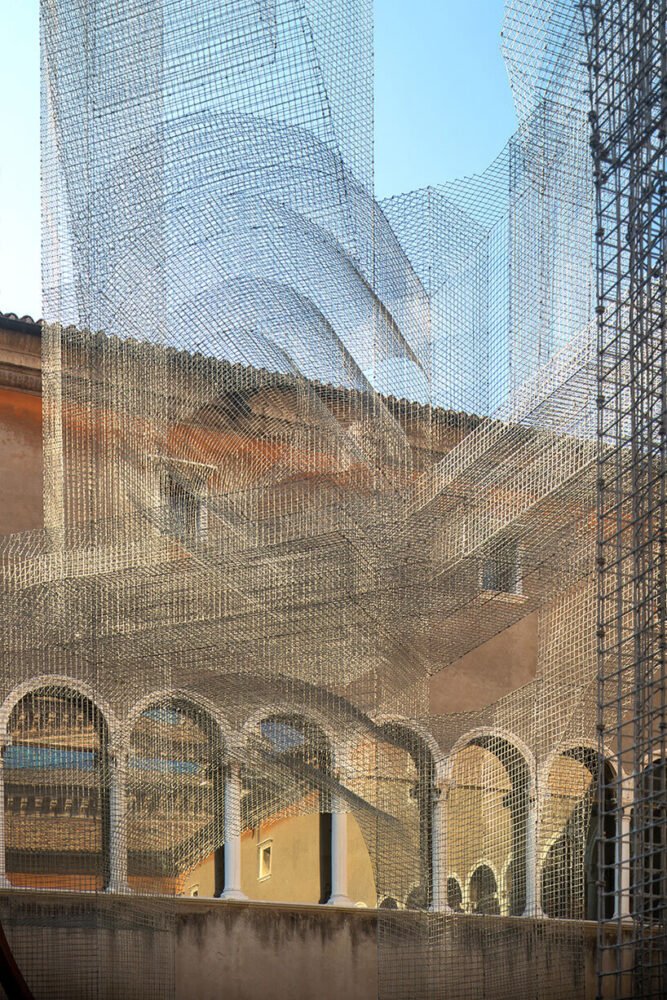 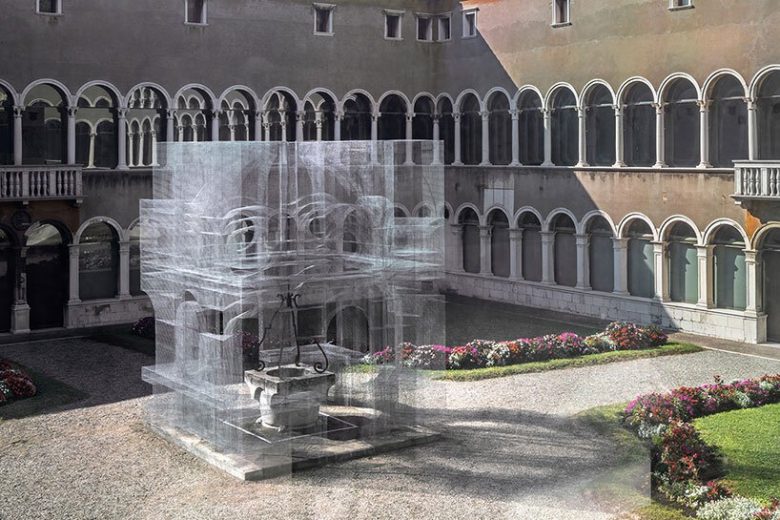 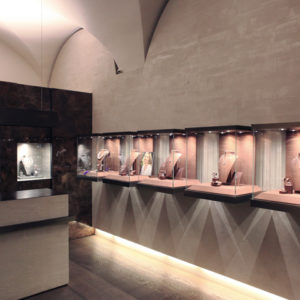 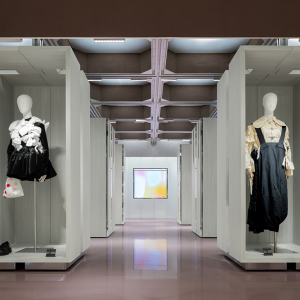 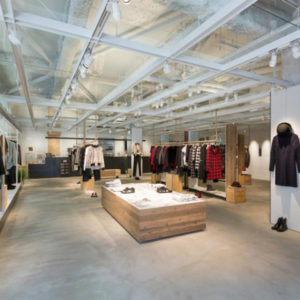 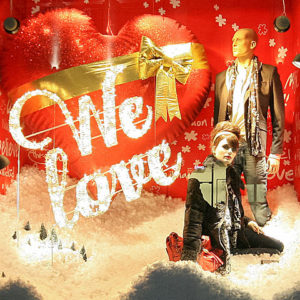