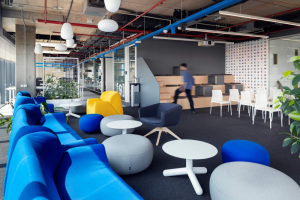 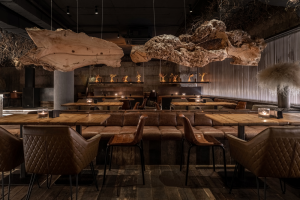 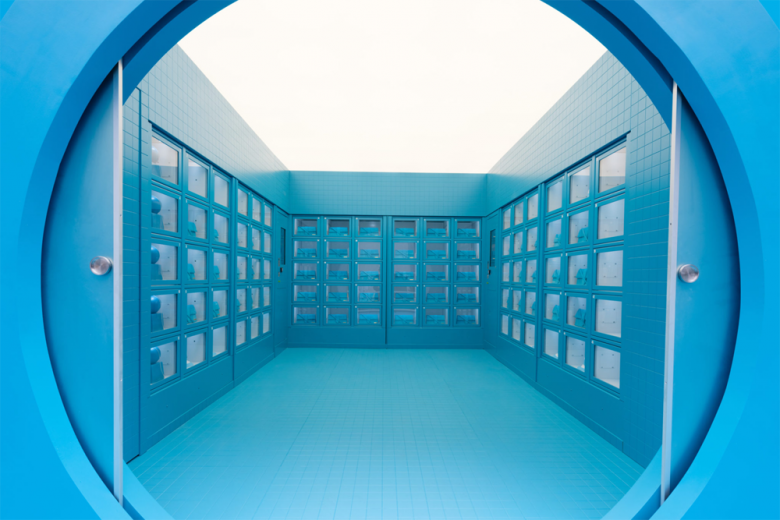 First Paris, then Milan, and now London! We’re talking JACQUEMUS 24/24, a series of playful pop-up stores by the namesake brand which takes Europe’s fashion capitals by storm. Dubbed Le Bleu and inspired by bathrooms and water, the latest JACQUEMUS pop-up initiative not only lives up to its name, but if you ask us, it also trumps the previous ones in terms of size, format and fun factor. Mind you, there is not just one, but in fact t-h-r-e-e distinct spaces where to indulge in both the brand’s coveted trophies and creative vision. The first space, JACQUEMUS 24/24, anchors the pop-up venture, featuring a specially constructed pavilion situated next to the entrance of the Selfridges car park on Edwards Mews where the department store’s annual Christmas market is held. Similar to the previous pop-ups, it houses rows and rows of vending machines filled with Chiquito and Bambino bags, and striped bucket hats, but here, they’re placed in a vault-like setting.

And yes, as its name already implies, the pop-up store is accessible to the fanbase 24 hours a day. The so-called Corner Shop, a creative space on the ground floor of Selfridges department store, is a much larger showcase, featuring a lifesize toothpaste tube, tiled sinks and a huge glass of water as a backdrop for JACQUEMUS women’s apparel, towels, and its Chiquito and Bambino bags, in matching blue of course. The final installment of Le Bleu, called Le Vestiaire, can be found at the Old Selfridges Hotel, the department store’s former lodgings on the premises. Here, the brand’s creative director Simon Porte Jacquemus created an immersive visual installation reminiscent of swimming pool changing rooms and inspired by the films of French director Jacques Tati (click here for tickets). The three spaces remain open through Jun 4 and their inauguration also marks the launch of a permanent JACQUEMUS accessories store at Selfridges. 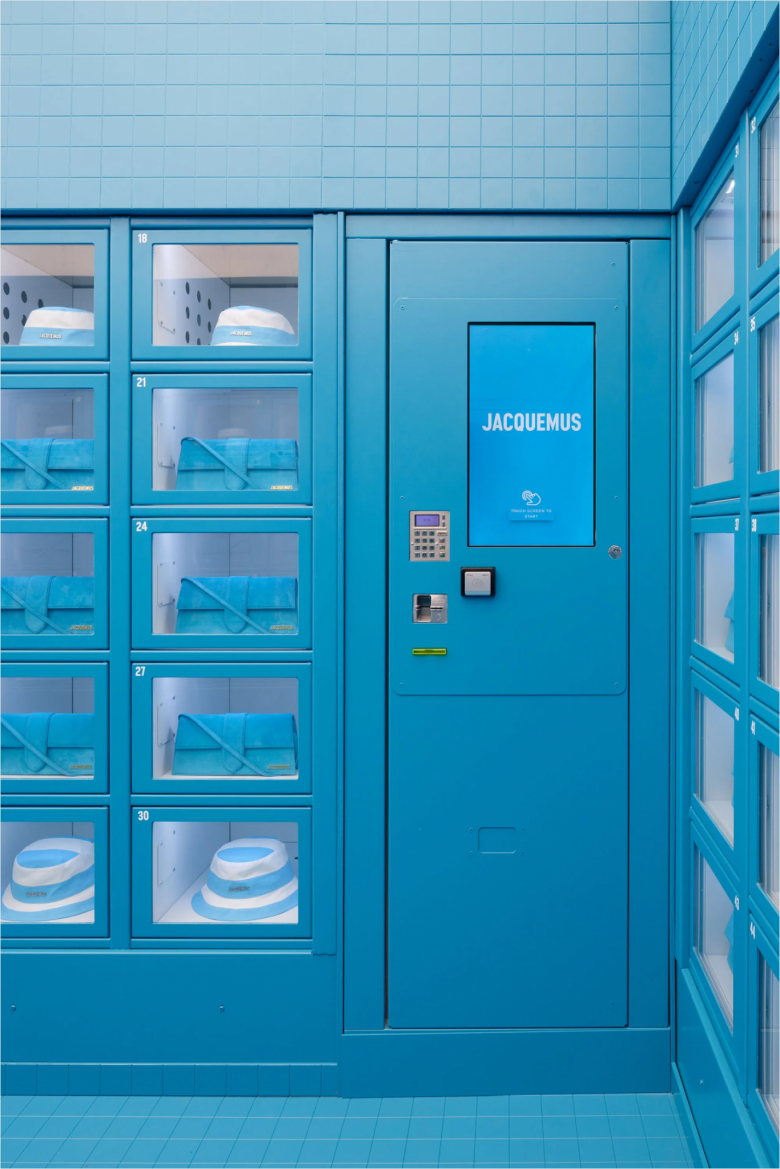 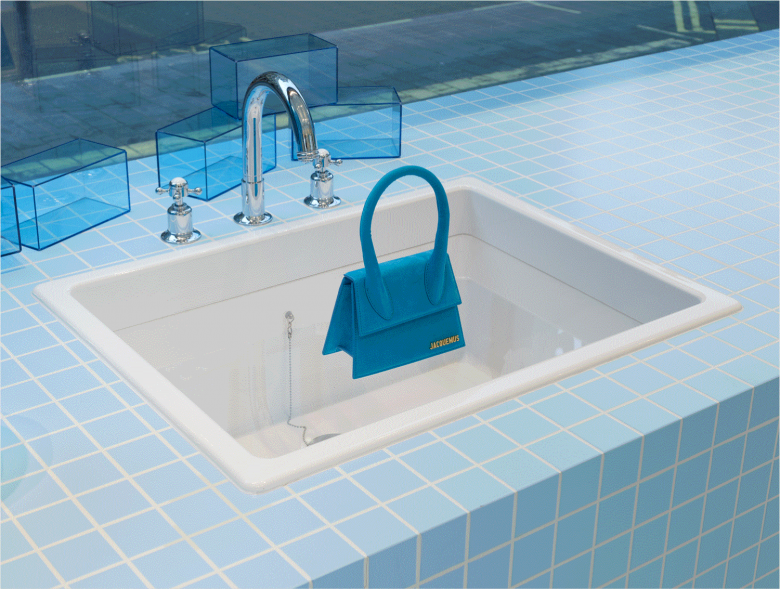 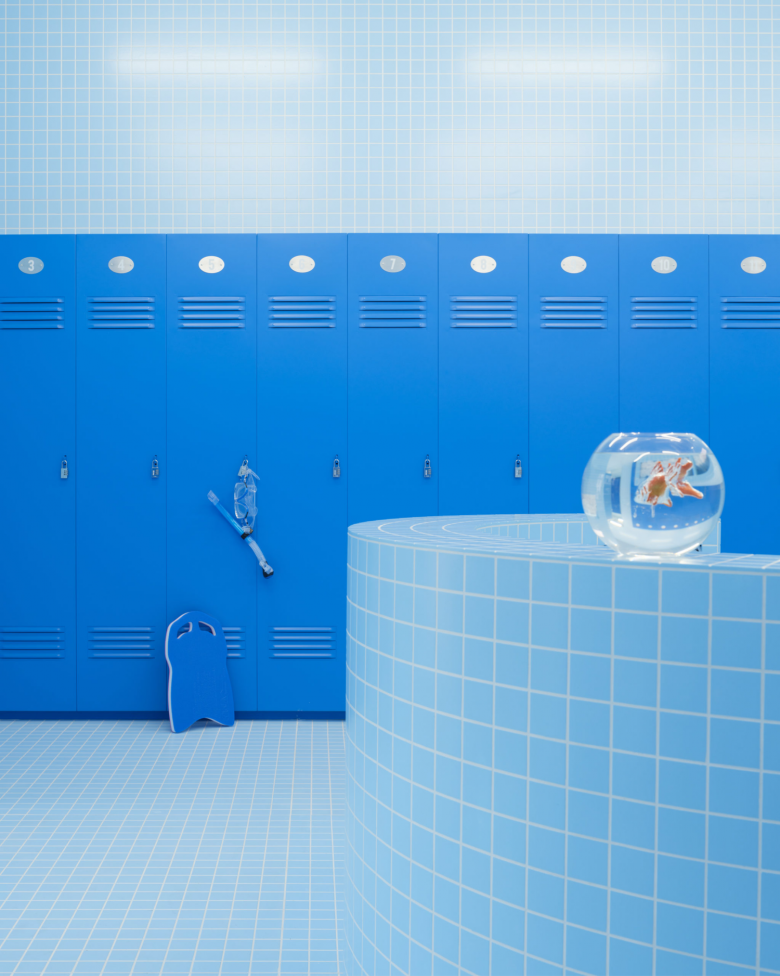 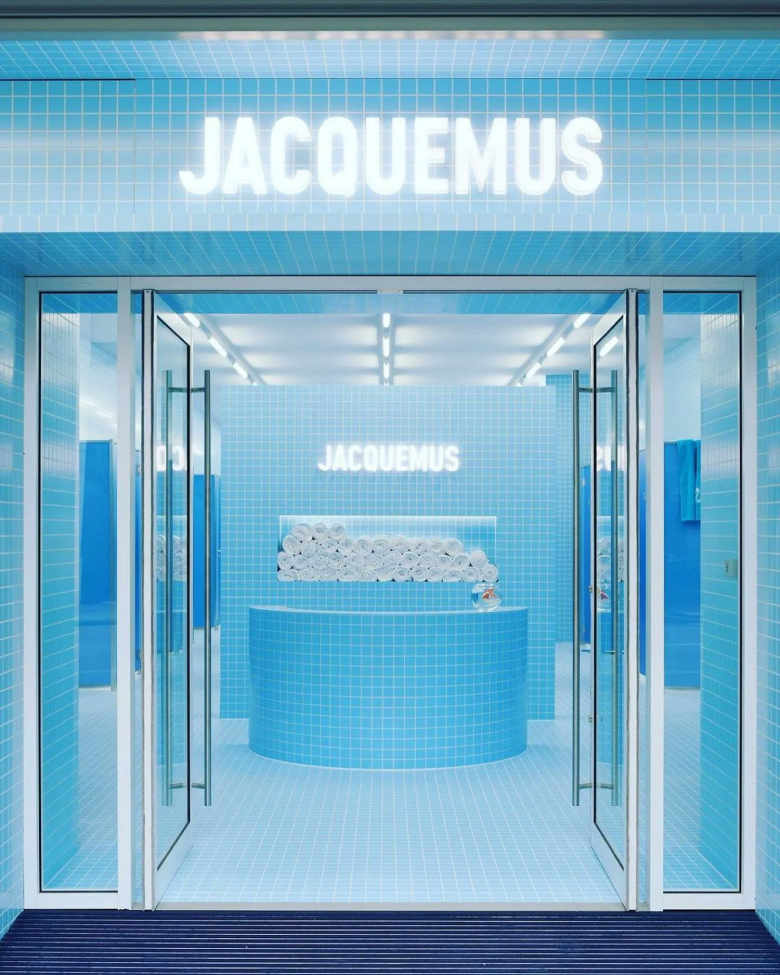 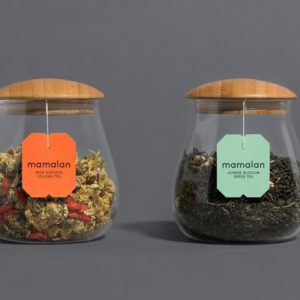 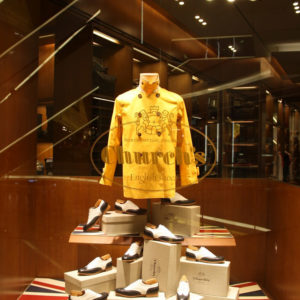 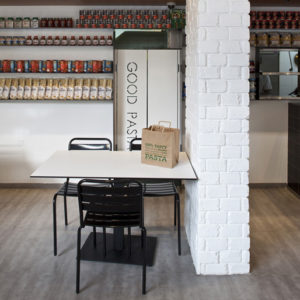