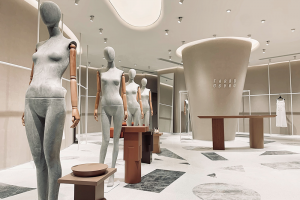 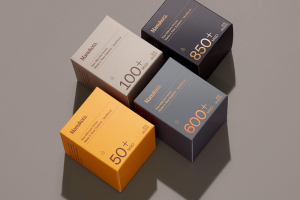 Huzhou Urban Planning Exhibition Museum by Perkins and Will 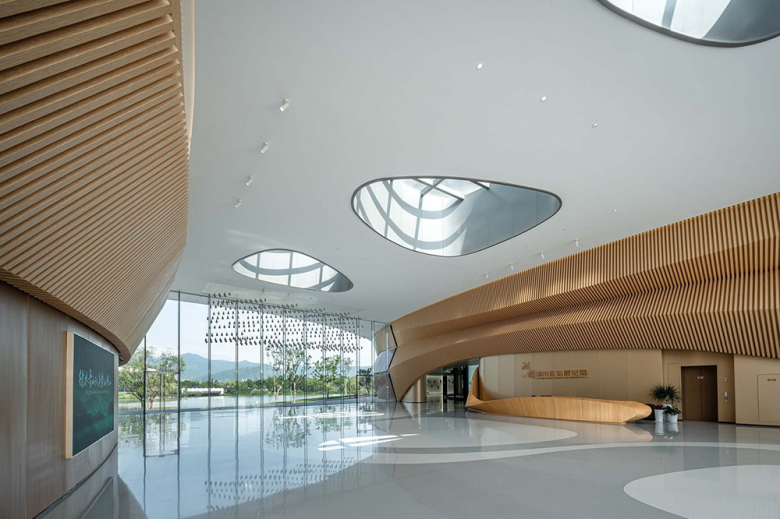 Situated on the southern banks of Tai Lake with the city of Shanghai to the east, the historic city of Huzhou is well-known as one of the birthplaces of silk cultivation. Around 60 years ago, a great number of silk artifacts were discovered on the outskirts of Huzhou, dating back to 4,000 years ago. Today, the silk and textile industries still play an important role in Huzhou’s overall economic development. As the only city in the region to reference Tai Lake in its name. Perkins&Will envisioned an urban planning exhibition museum for Huzhou inspired by the fluidity of water and the texture of silk. With a floor area of 15,600 square meters, the building houses a collection of exhibition halls, offices, a conference center, and educational classrooms. The nature park and lake surrounding the museum attract nearby residents, creating an active cultural and community gathering place. Located between the CBD and the Tai Lake Holiday Resort Area, the project is a key component of Huzhou’s Olympic Sports Center and Wetlands Park. Set within a lush green landscape with a view of the scenic mountains nearby, the museum is a prominent cultural landmark within the area.

Facade Inspiration. Referencing the natural process of silk production, the building consists of two cocoon-shaped volumes connected by a glass entry hall. The graceful ribbon-like facade is inspired by the organic forms of water and silk. Undulations in the curtain wall allow abundant natural light into the spaces within while creating a sense of fluidity in the facade.

Connecting with Nature. Enclosed on each end by full-height glass facades, the entry hall seamlessly connects visitors with the surrounding landscape. The folded metal forms of the exterior facade have been continued through into the interior, with its materiality replaced by wooden louvers to create a warm and inviting ambiance. The organically shaped skylights above are reminiscent of the local Taihu stone and bring additional natural light into the space while reducing the need for artificial lighting during the daytime.

Main Exhibition Hall. Located in the larger of the two cocoon forms, the highlight of the project is, without a doubt, the physical scale model of Huzhou, As one of the largest urban planning models in China, it showcases a fascinating story of the region’s illustrious past, while focusing on Huzhou’s long-term development plans and its commitment to a green and sustainable future.

Visitor Circulation. The internal circulation strategy is a modern interpretation of the meandering character of traditional Chinese gardens. Different themed spaces have been dispersed along the main exhibition route and offer panoramic views of the outside. Completing the program of the museum is a library and cafe, allowing guests a calming and engaging place to rest during their visit.

Natural Landscape. The original siting and orientation strategy focused on enhancing the picturesque waterfront and mountain views to the northwest. The museum’s form and positioning take advantage of the natural attributes of the site while offering an iconic gesture to the city’s history and culture.

Sustainability. The museum has been awarded China’s Three-Star Green Building certification. The design of the building and the site maintains a cohesive and organic relationship that respects and protects the adjacent natural wetlands and their vegetation. Through a series of sunlight simulation studies, the building’s form, orientation, and façade design were optimized to allow an abundance of natural light into the interior spaces. Operable glazing panels in the curtain wall also allow the use of natural ventilation during appropriate times of the year in order to reduce additional energy consumption. The project also incorporates a rainwater collection system, use of recycled materials, and other energy-saving smart technologies to further reduce its carbon footprint. Huzhou Urban Planning Exhibition Museum combines the city’s past, present, and future, displaying Huzhou’s history, culture, and a grand vision. It is a window to showcase the city and is an urban living room for Huzhou’s culture and spirit, where citizens and visitors, alike, can understand, appreciate, and participate in the development of Huzhou. — Kun Tao, Vice President of Huzhou Urban Planning and Design Institute 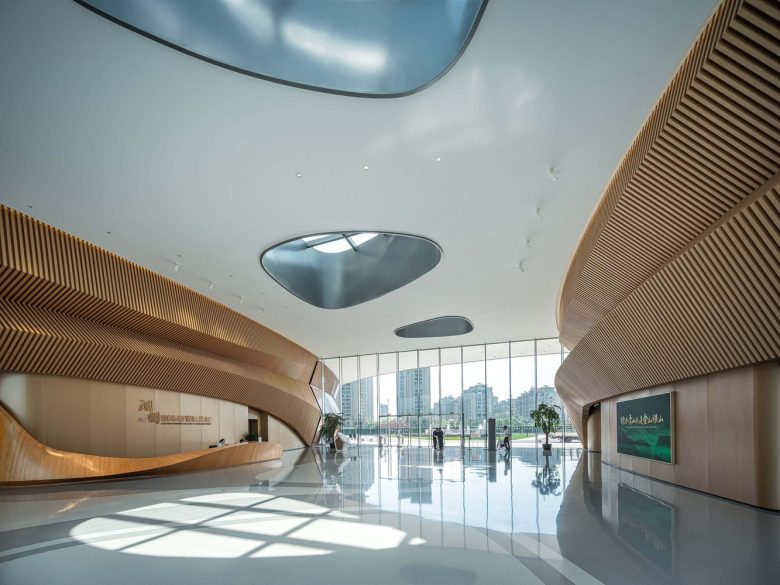 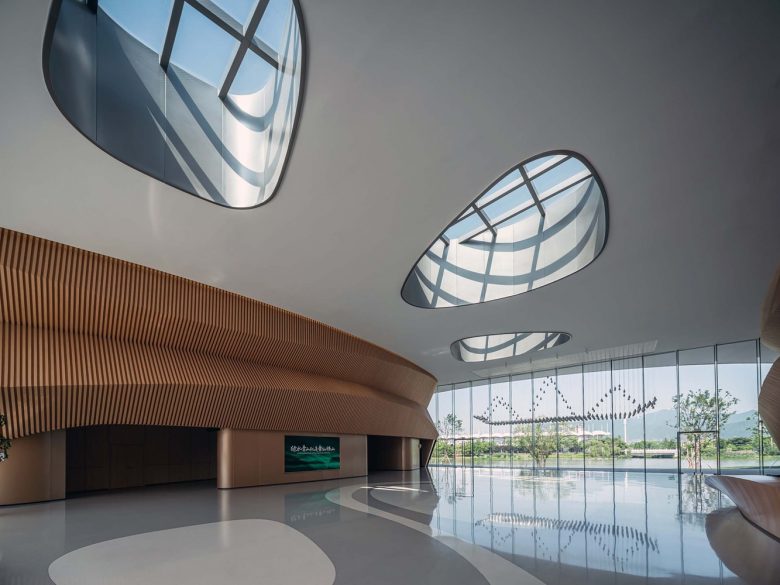 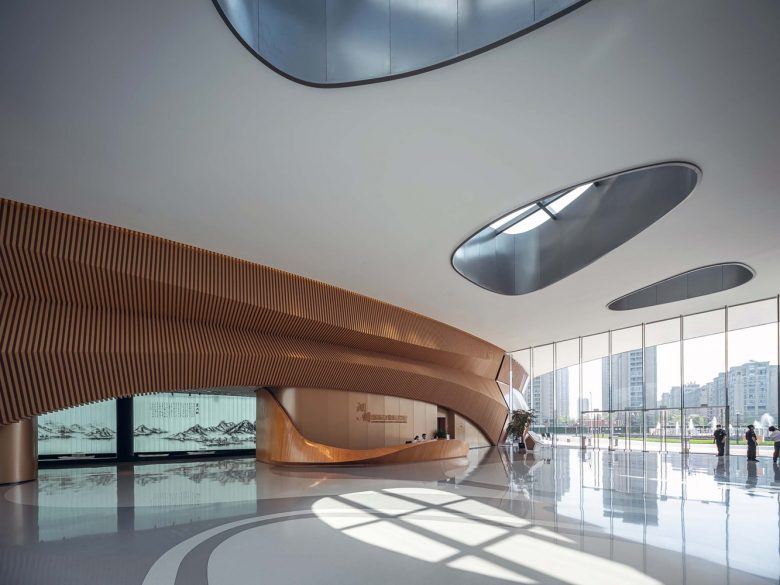 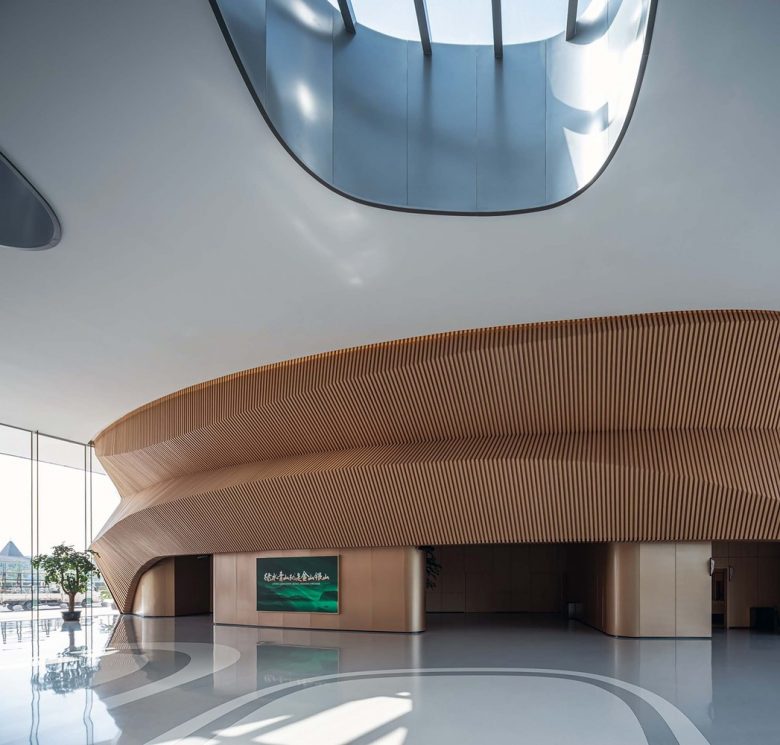 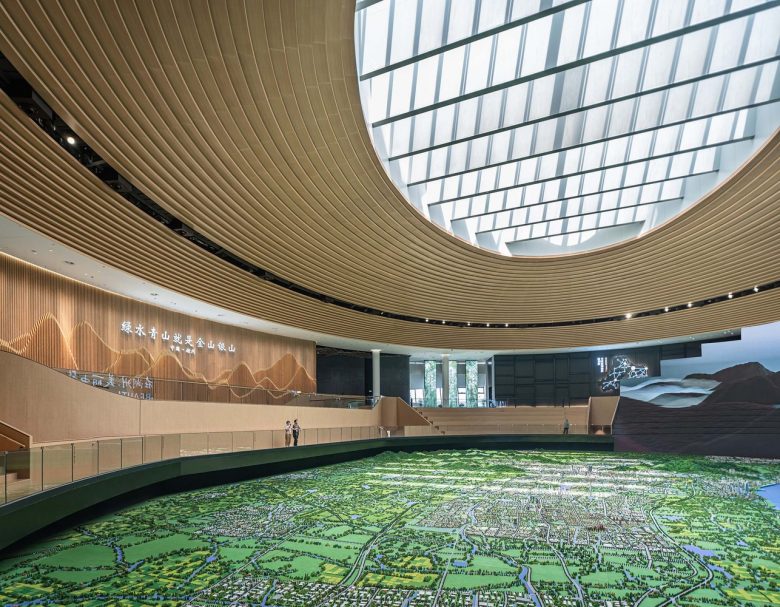 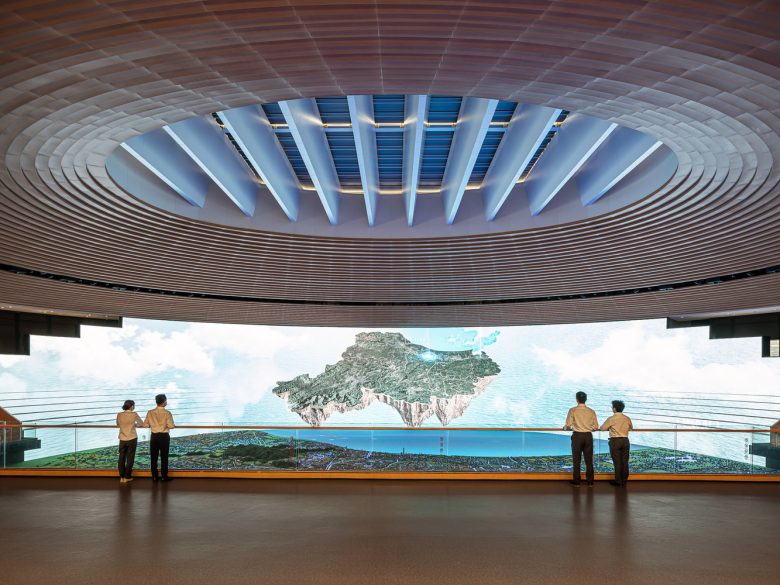 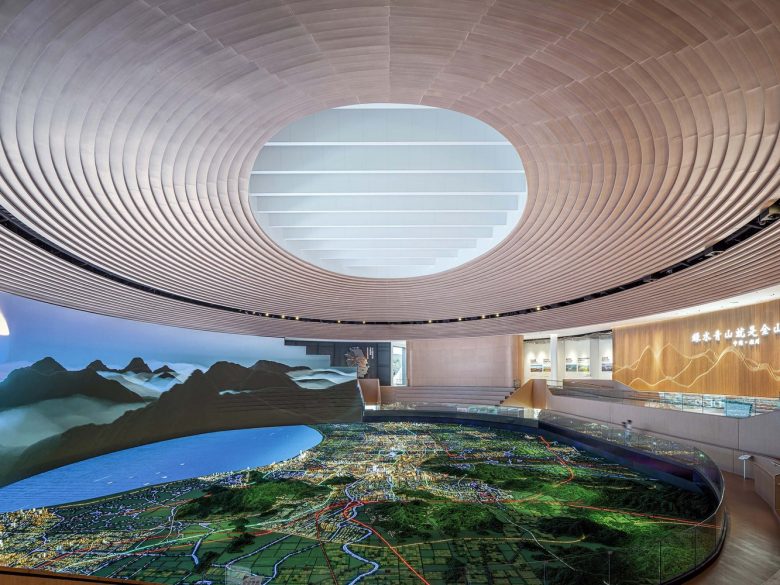 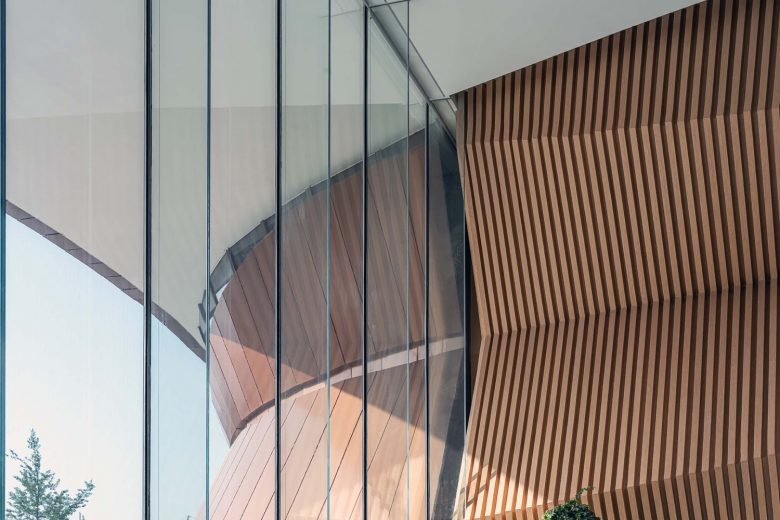 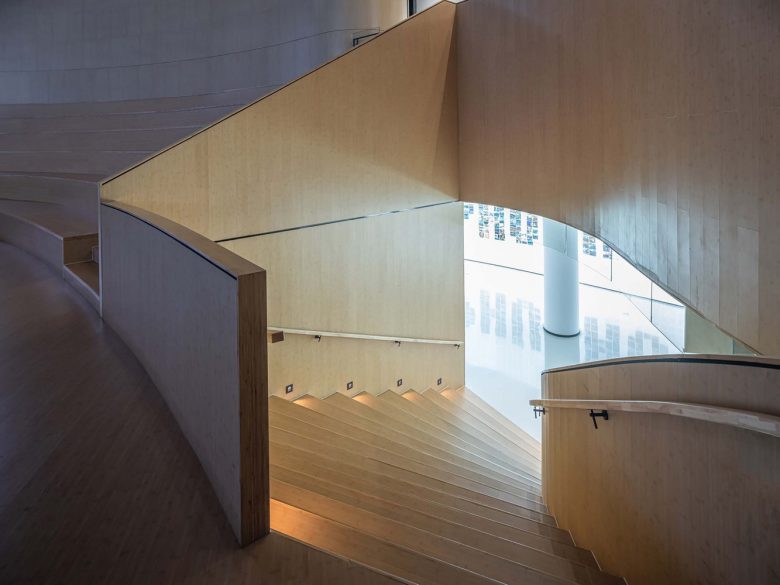 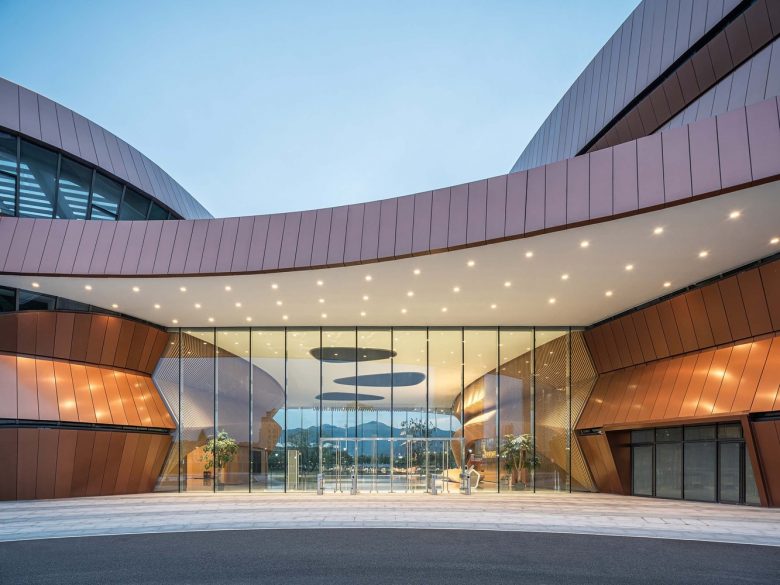 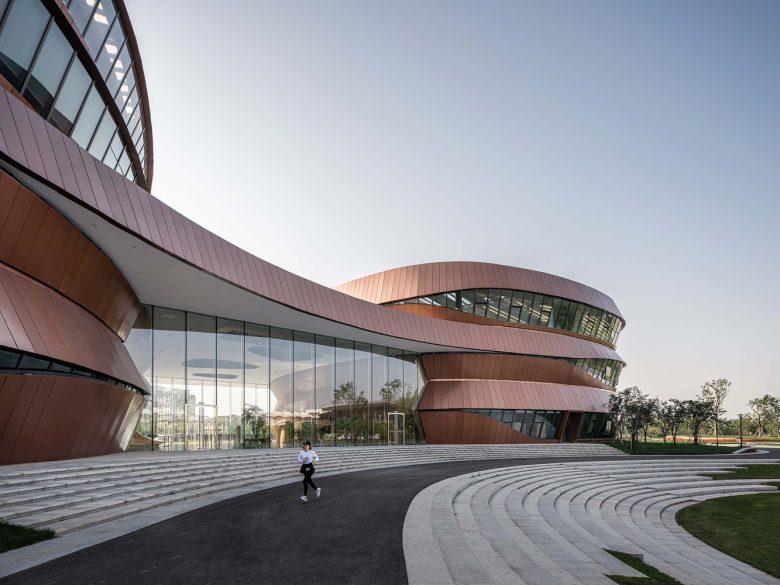 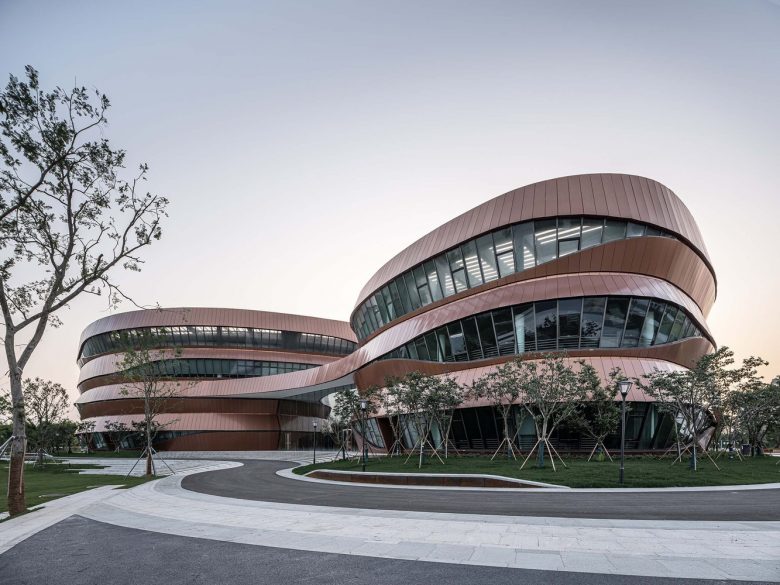 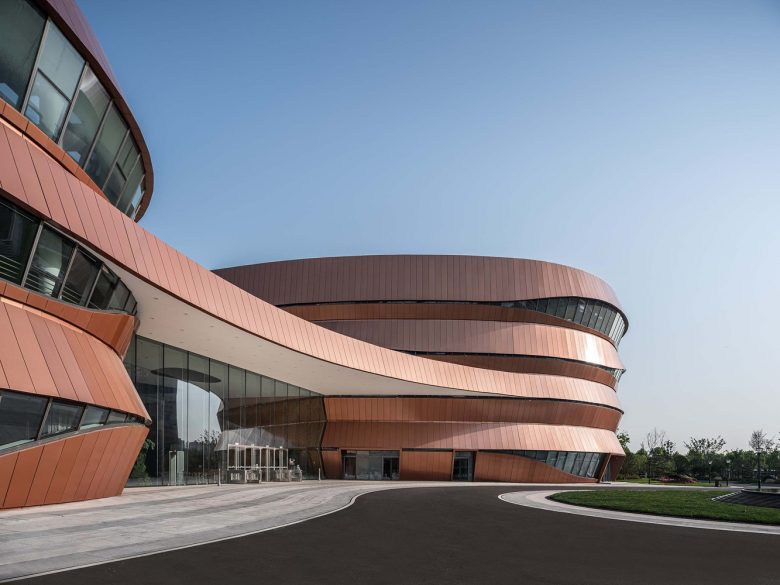 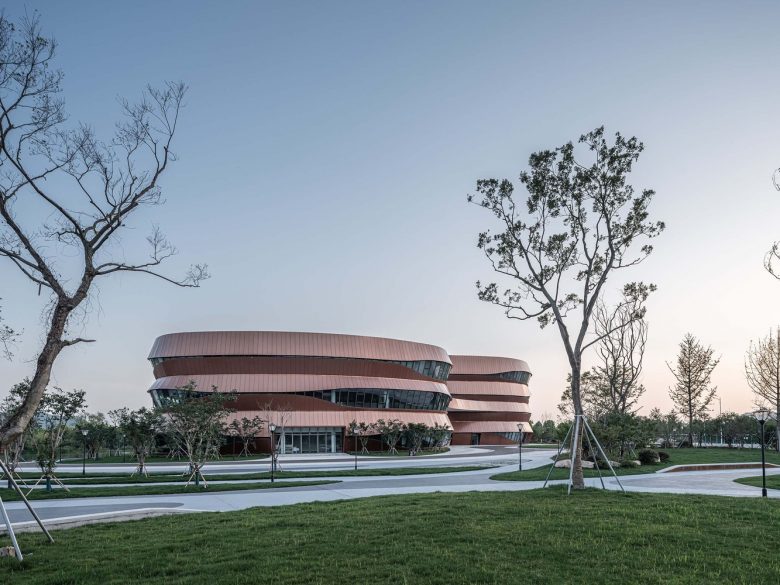 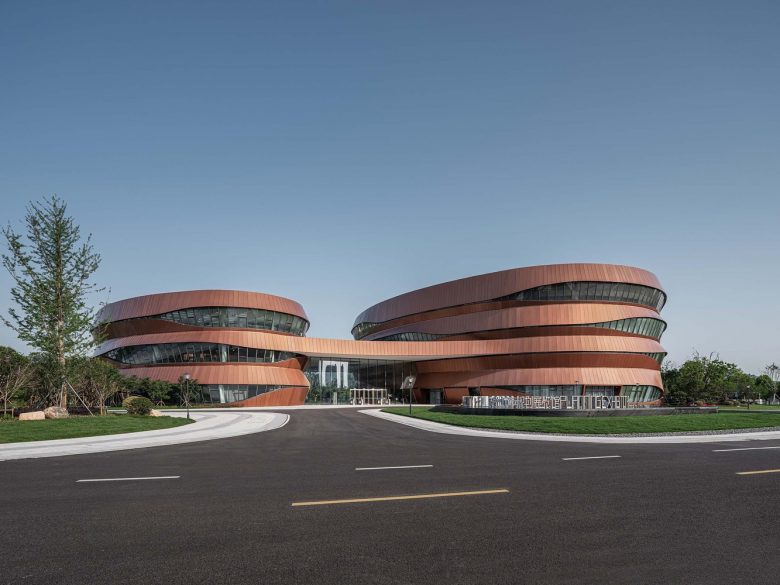 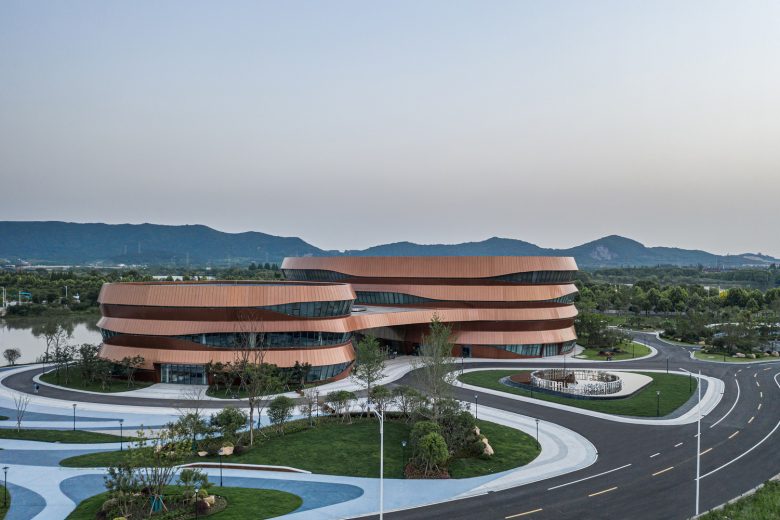 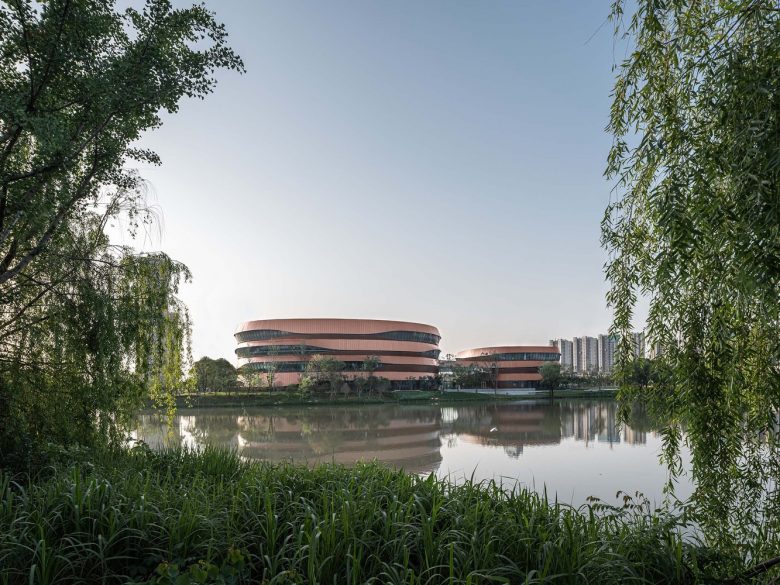 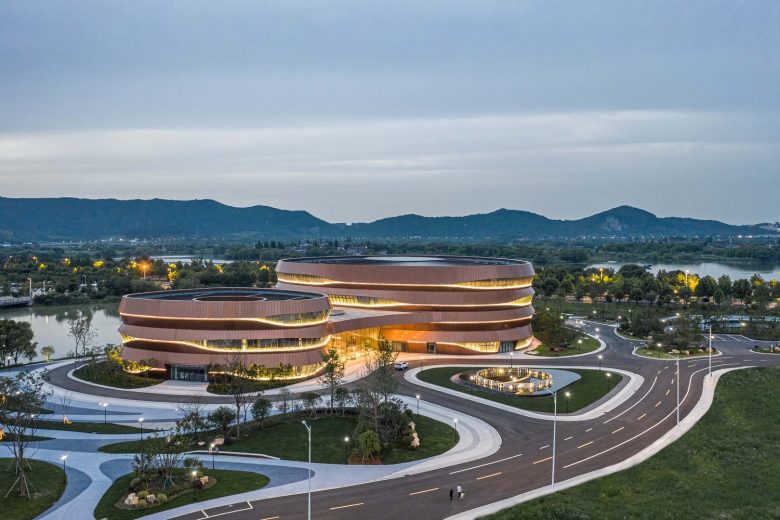 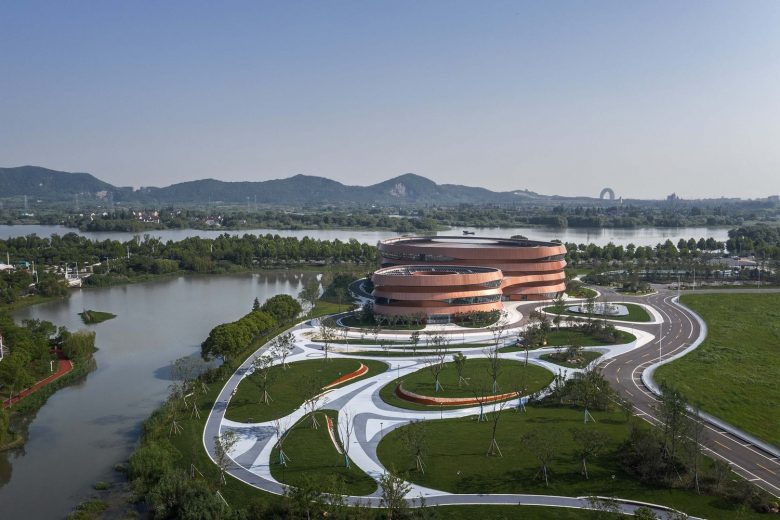 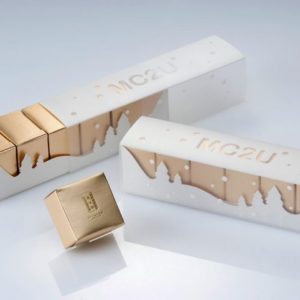 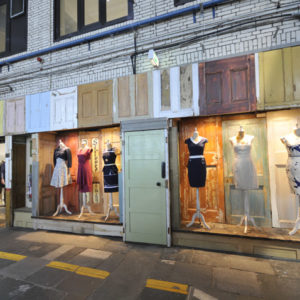 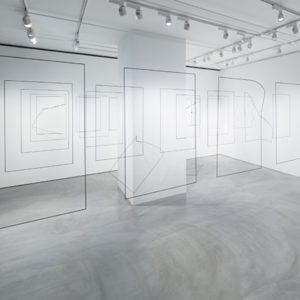 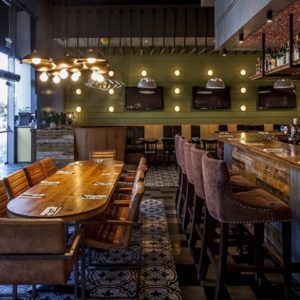