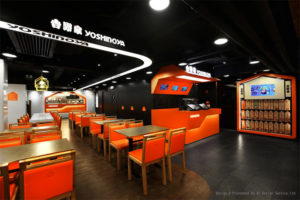 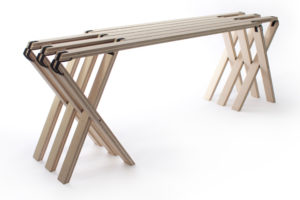 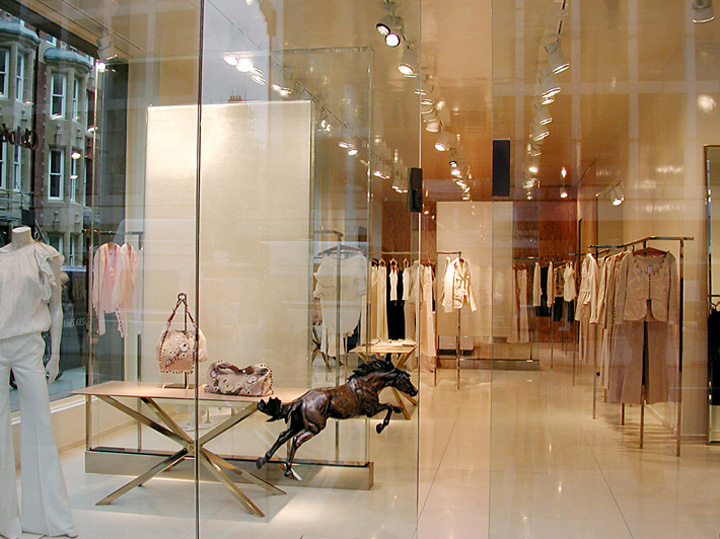 In 2002 Chloé asked us to come up with a concept for their stores. The brand has attitude. Chloé’s image is pretty but also spirited and unpredictable. My aim was to show the contradictions inherent in the Chloé character and to give the shops an edginess which is missing in many luxury designer shops. We drew our inspiration from things as disparate as Trojan gold, Rodin’s Gates of Hell and a trailor-trash girl at a ballgame. 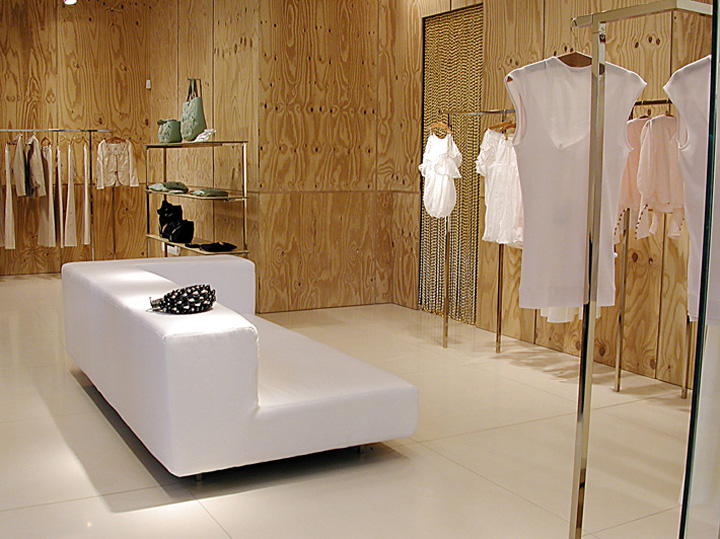 The first store that we built was in Sloane Street, London. We made the space as airy and expansive as possible, and laid out the furniture in a casual way. There are no formal separations; light diffusing glass screens and rails of clothes loosely divide the space to create fluid ‘rooms’ through which the customers can wander. Only mirrors lean against the walls. 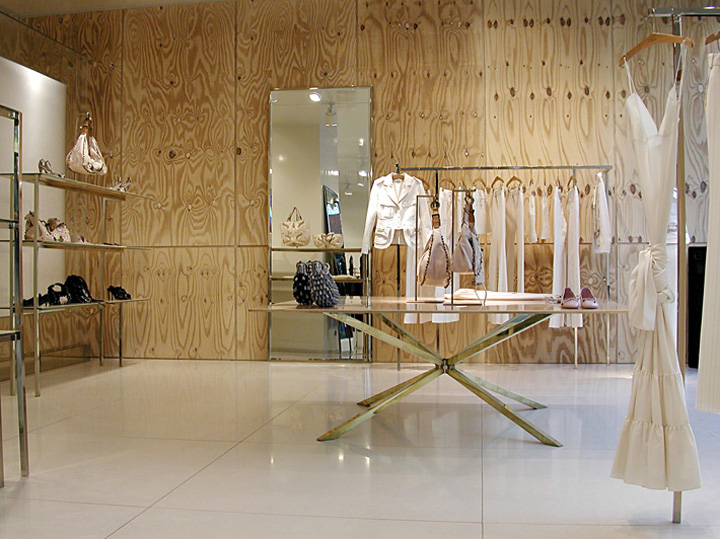 We created understated furniture using materials traditionally thought of as flashy or even vulgar (gold plate, pink marble) and worked with them in a high tech way (such as cutting the marble wafer thin to give table-tops the effect of unnatural slimness). Then, to create tension, we panelled the walls in untreated plywood.
The plywood has become a signature of the Chloé stores worldwide which have been consequently constructed in the rolling out of the shop concept. 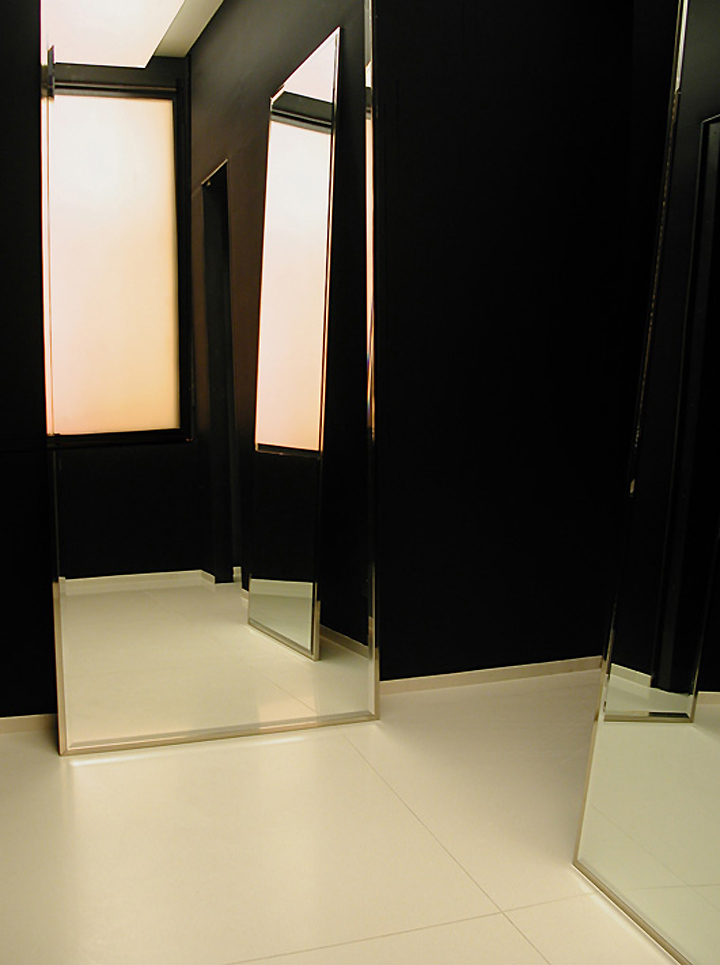 By spring 2007 there were over 100 Chloe stores either built or in development worldwide, including flagship stores in Paris, Tokyo, Hong Kong, Los Angeles, and New York. We were responsible for designing these stores along the lines of the original concept, with the flexibility to modify the designs to suit the various markets worldwide and to take into account their cultural differences. 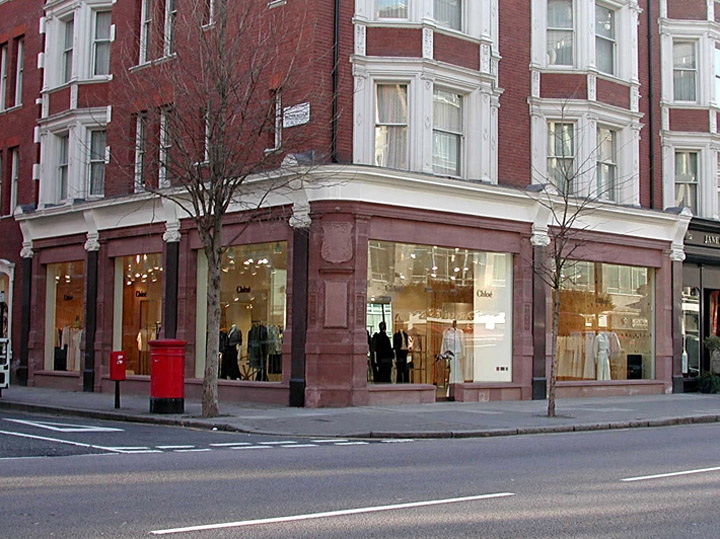 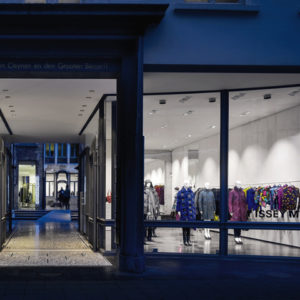 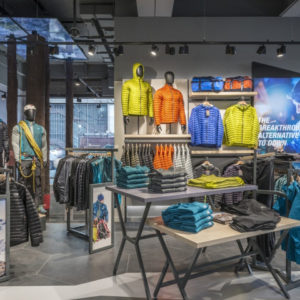 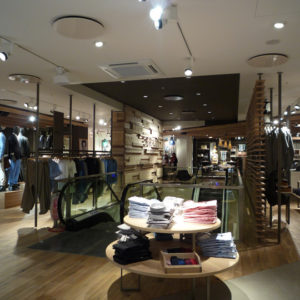 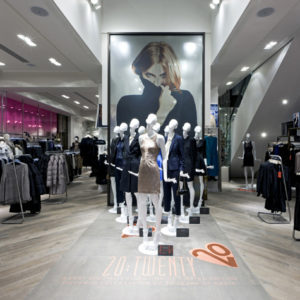