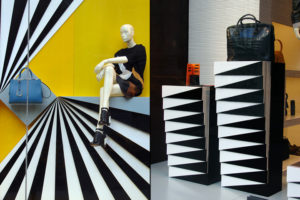 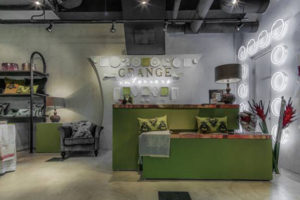 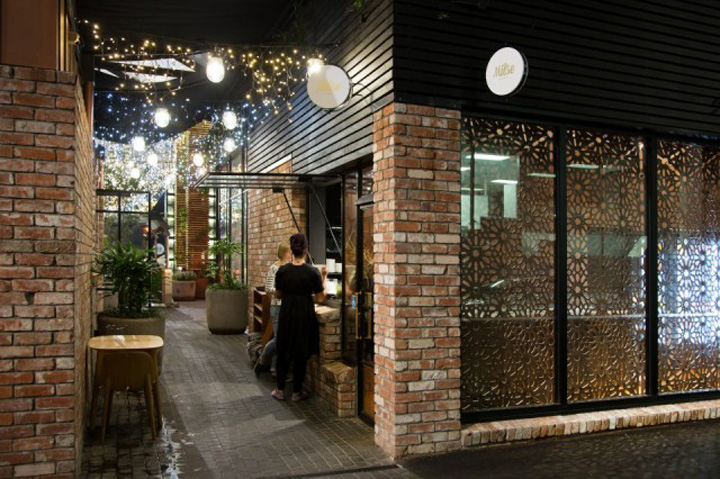 Scraped together from the trimming and off-cuts of our neighbours, this site was until the last moment planned as a rubbish holding room for the precinct. Its improvised footprint is a sort of slipstream, scheduled for demolition in five years. We were required to deliver of this site a large commercial production kitchen, a retail store, a dining space offering a singular richness and intensity of experience, and a lane-front bar serving the greater precinct. All but the latter were to be in the service of the highest dessert cooking in the country. The plan bends its public spaces through the room, seeking to shape a few still eddies that might resist the slipstream. The idea is to deny a vantage of the whole room from any one point, tempting discovery and implying a perceptual volume that exceeds its physical constraints. Of and because of that tiny bent volume, we sought to deliver a diversity of experience through the manipulation of a singular element rather than the profusion of many. We then pursued the infusion of that element with a focused complexity that we hoped would live up to the cooking. We set out to shape a space of cave-like intensity, leavened with the fragility of a filigree screen. Most of our sweet tradition evolved out of ancient Arabia. The crystalline structure of their sugars is here folded together with the patterned delicacy of carved wooden moucharaby panels: a collective conceit for creating a world of quiet delight within a chaotic left-over geometry surrounded by service lanes and delivery trucks. Everything about that conceit is intended to support the mystery, intricacy and surprise of the dessert craft it celebrates. The geometries of the moucharaby net were mathematically programmed with bespoke parametric systems assembled in the Grasshopper plug-in to Rhino. This enabled two key things: a free geometry that could fluidly absorb the chaos of the received envelope, and a variation of opacity via the relative dilation of its perforations. Collectively these enabled a singular element to act as wall, shutter, ceiling and light fitting at once. The universality of use coupled with the direct outputting of the panels from architect to cutting machine helped shape the entire public environment for the price of a gelato fridge. 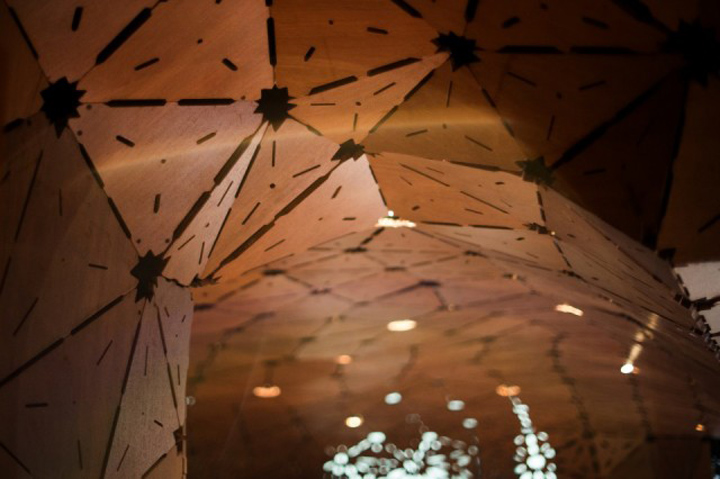 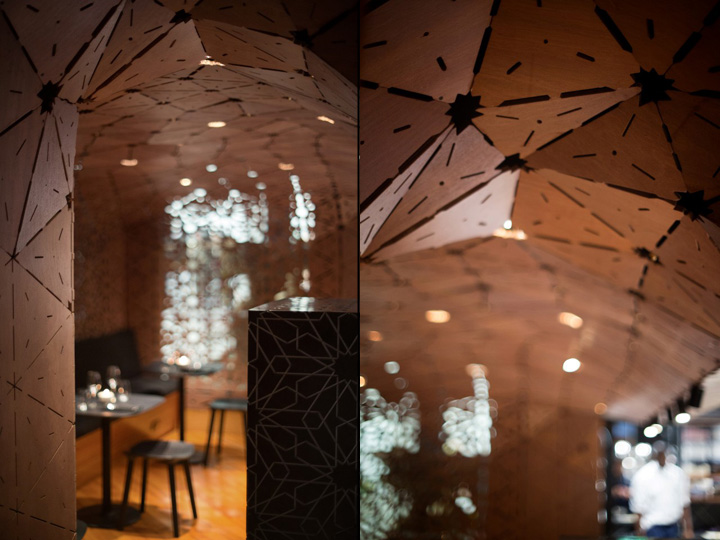 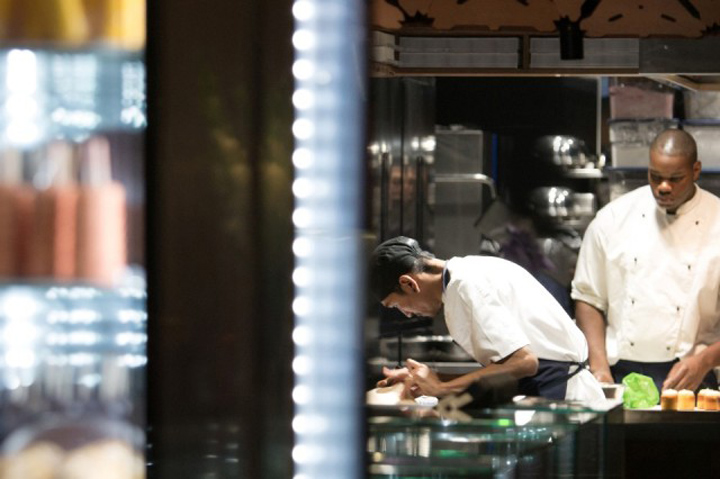 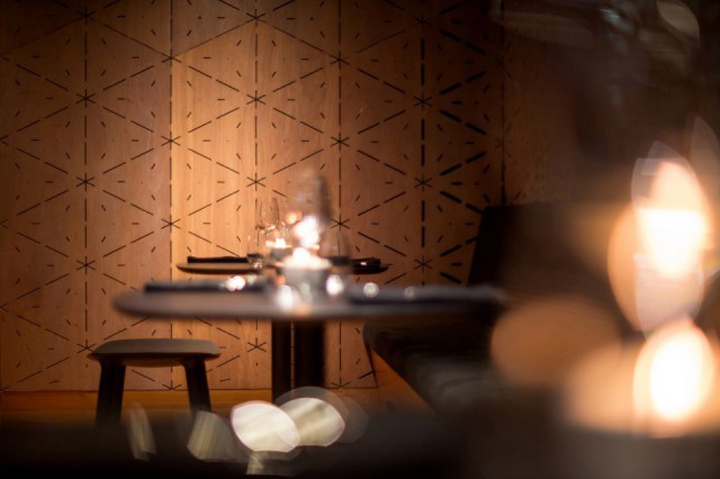 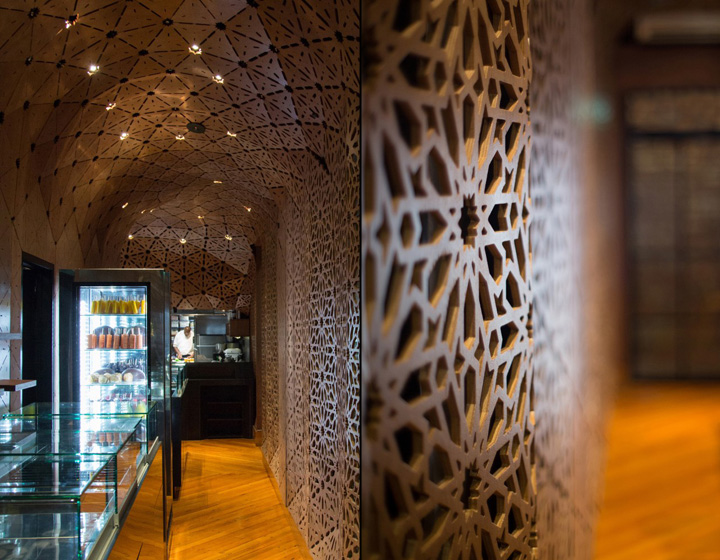 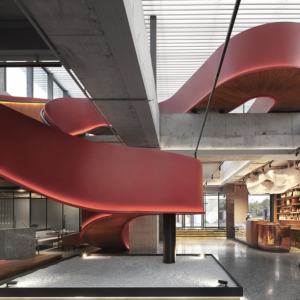 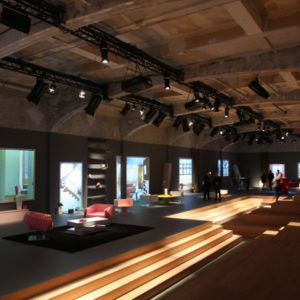 “Tools for Life” collection by OMA for Knoll, Milan by retail design blog 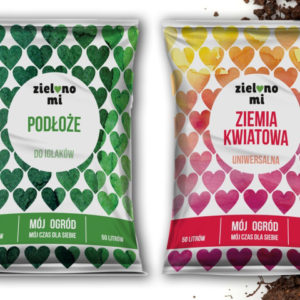 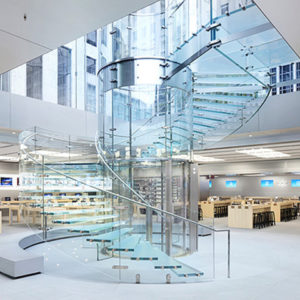