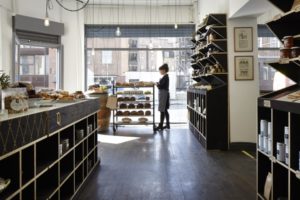 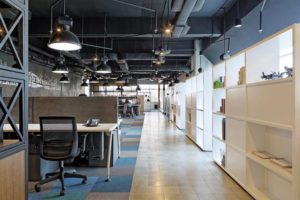 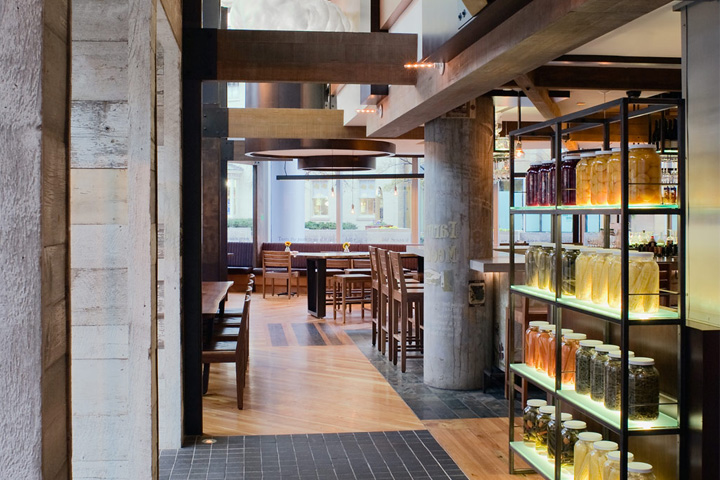 An 8,500 SF project for the North Dakota Farmer’s Union, Founding Farmers was designed to meet LEED Gold standards, making it the first restaurant in Washington, D.C. to achieve such a rating. The design concept was to put a twist on the traditional farm: commonly found materials such as wood beams, white washed barn wood, and standing seam metal roof, were reinterpreted and used in unconventional ways throughout the restaurant. Rural architectural forms have been reimagined as functional elements, such as the silo transformed into a series of dining booths. Gathering materials and furnishings from regional sources reduced the restaurant’s carbon footprint. Even the jars of fruits and vegetables are from a farm in West Virginia. 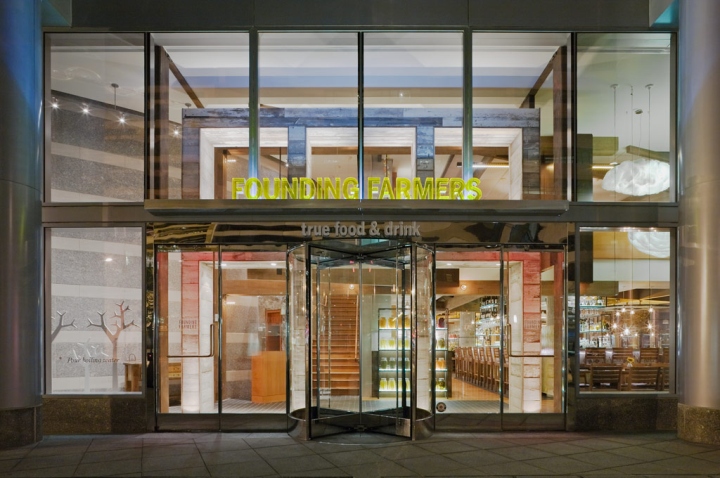 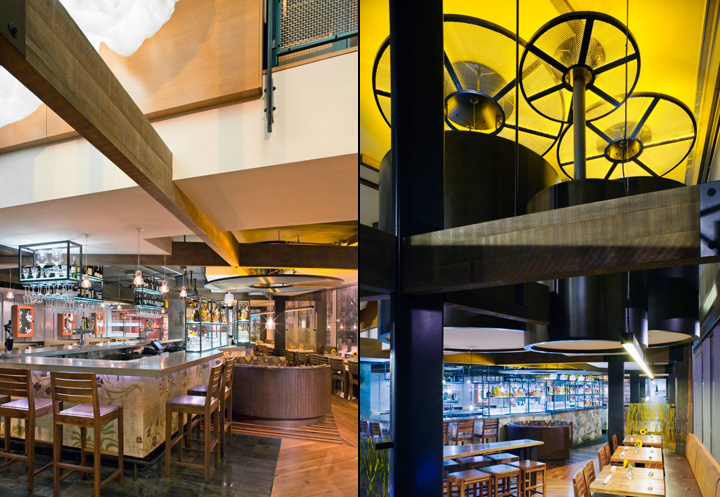 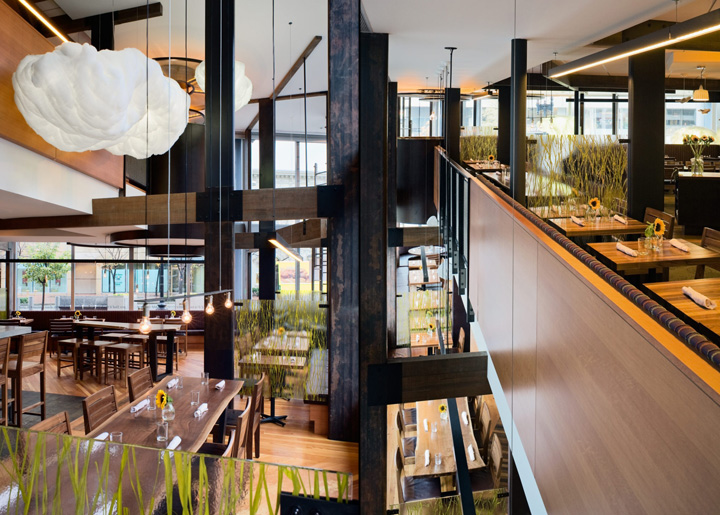 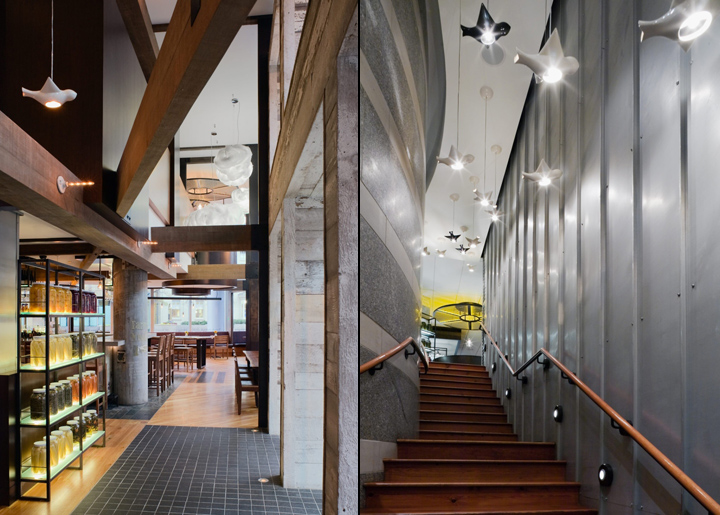 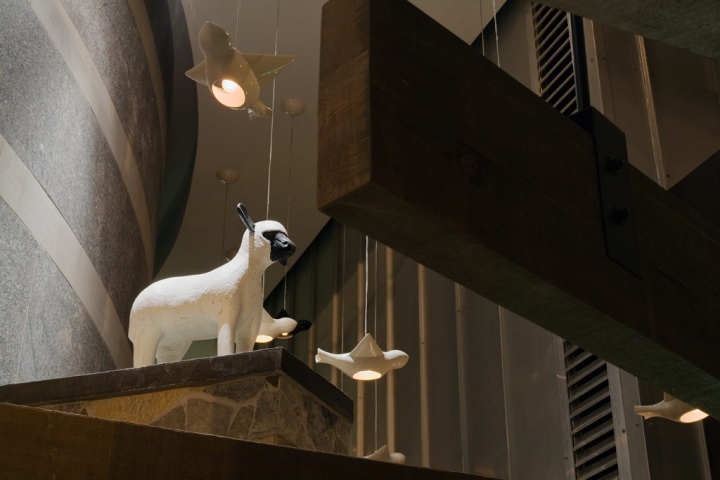 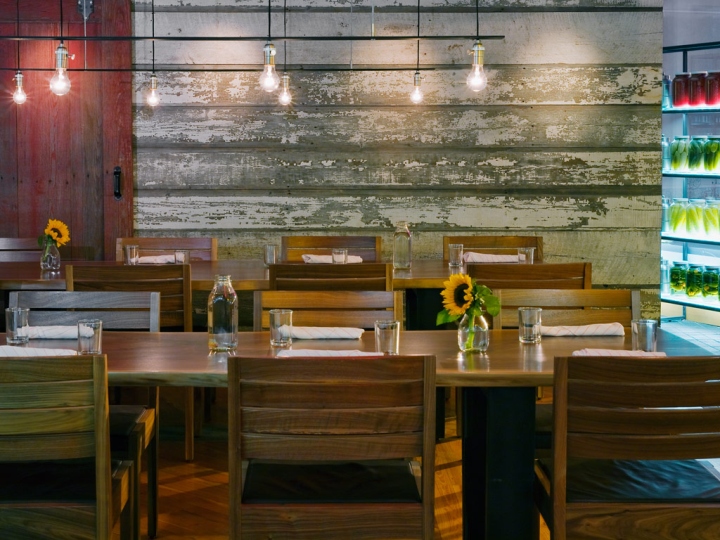 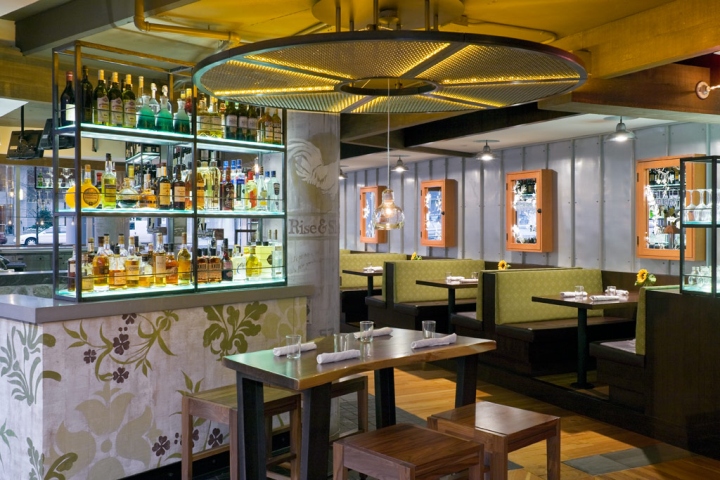 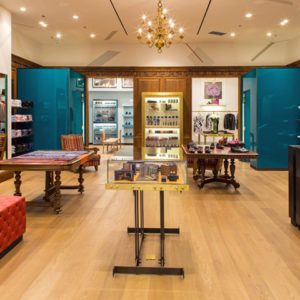 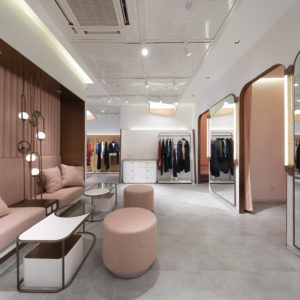 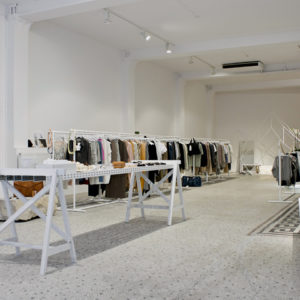 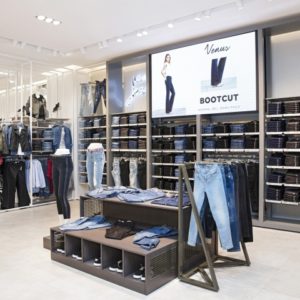