Inn Side Lamp by Gemma Bernal for B.lux 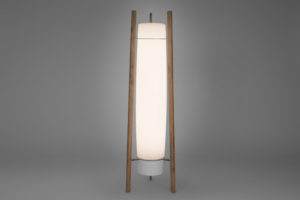 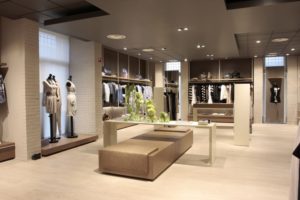 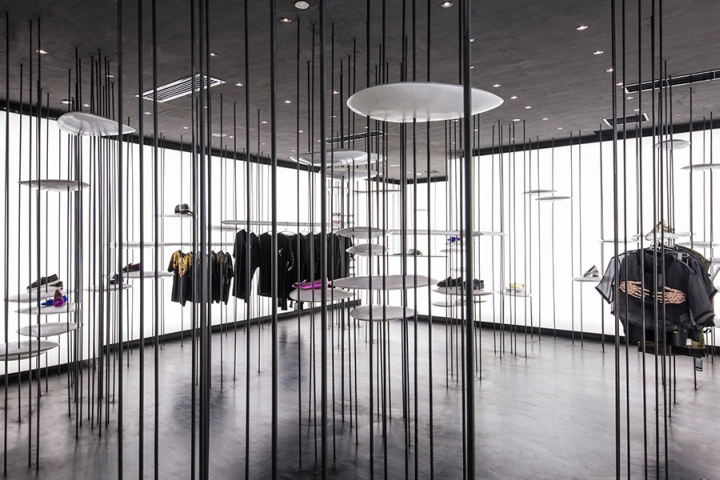 Francesco Gatti is disarmingly open about the beginnings of his design for the Asa concept store in Shanghai: ‘This is one of the few projects I did without preliminary thinking. The concept had probably been in my subconscious for a long time before I dug it out during one of my meditation sessions.’ Yet as, um, open-minded and free-spirited as his comment sounds, the translation of Gatti’s vision into reality is almost disappointingly stark. Indeed, his black forest of vertical steel bars looks more like a shopkeeper’s dream of a retail environment that appears as one giant barcode brought to life than like the fruit of a creative imagination run riot. The monochrome interior is rendered complete by dazzling white light emanating from the walls. Fantasy creeps in, however, in the form of unidentified flying objects, some shaped like boomerangs that have been impaled on the steel bars to display products. Flashes of colour from 3Gatti’s swarm of UFOs are all that disturbs the rigidity of the black and white cage. Depending on how you choose to interpret dreams, you could view this as a commentary on the current state of fashion, or, reading deeper between the lines, you might see what Gatti describes as ‘the perfect combination of two design elements irremediably interlaced’. 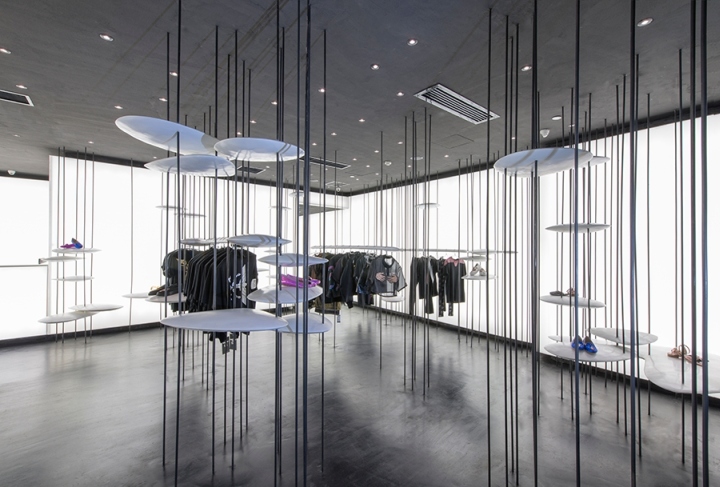 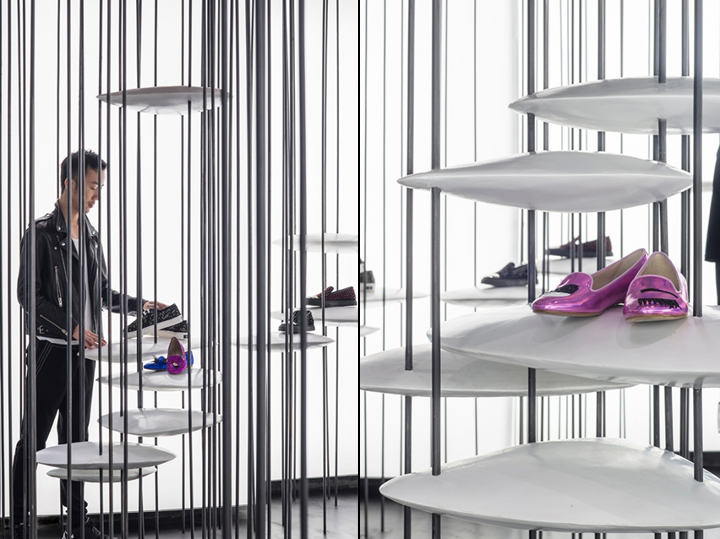 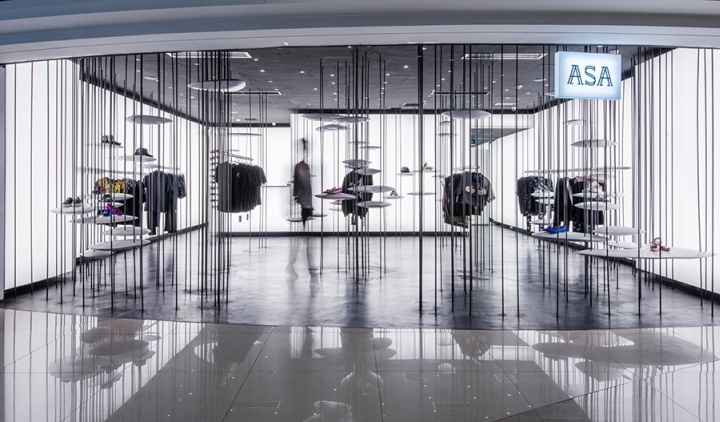 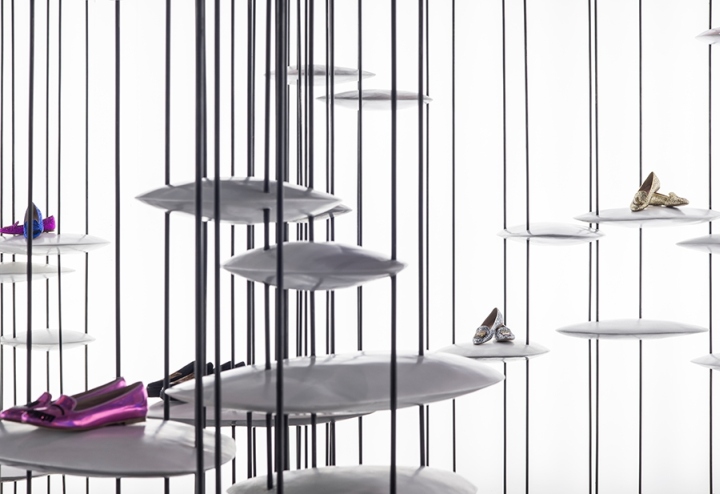 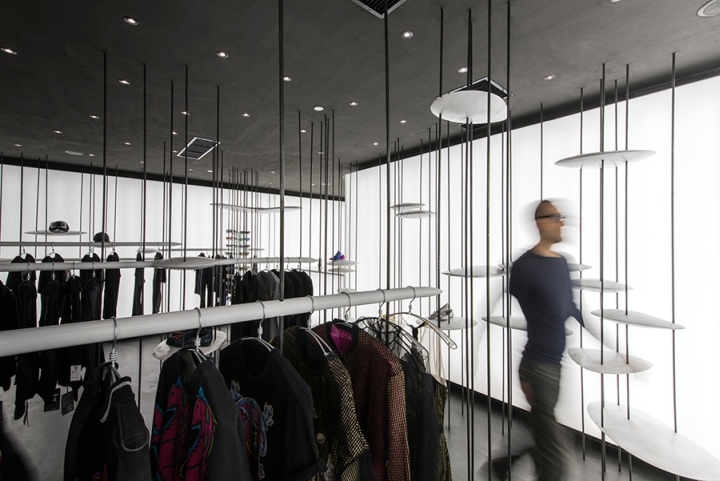 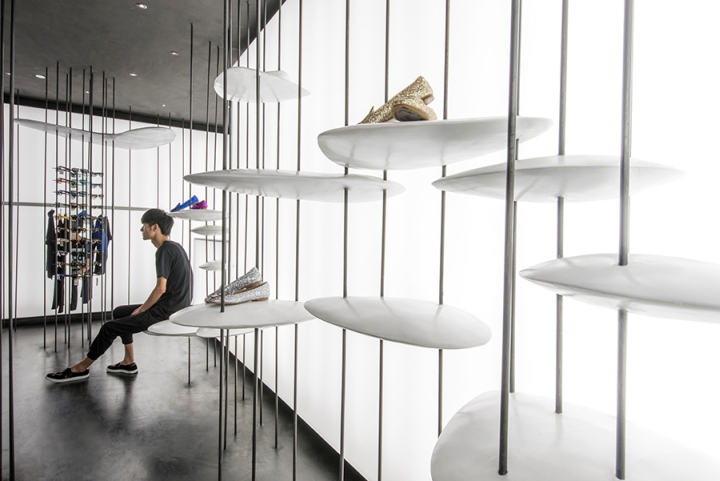 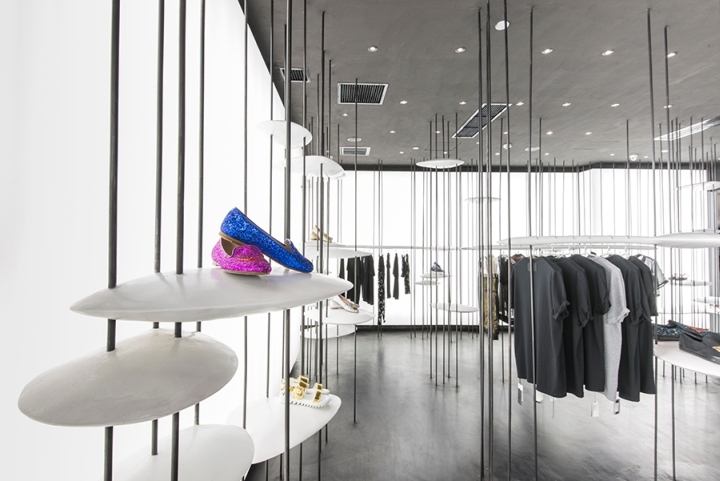 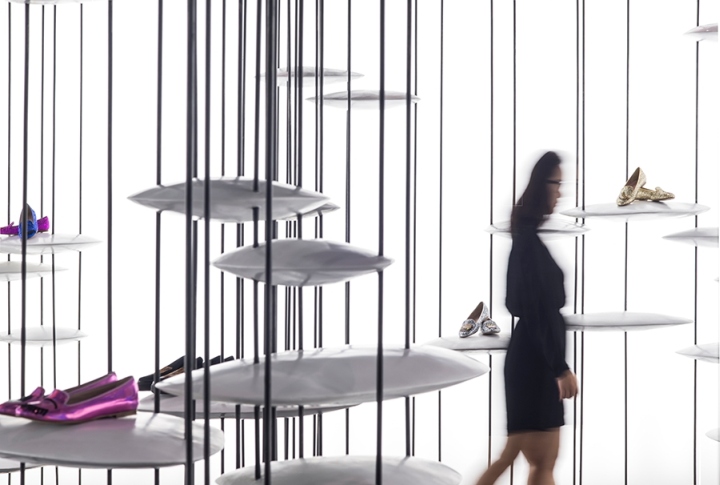 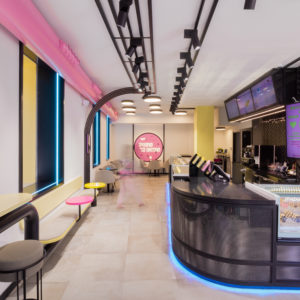 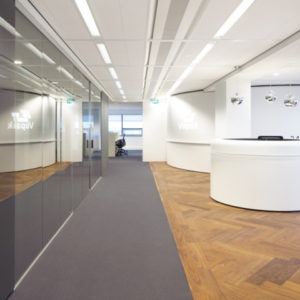 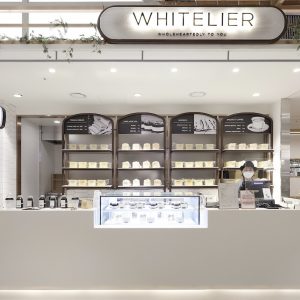 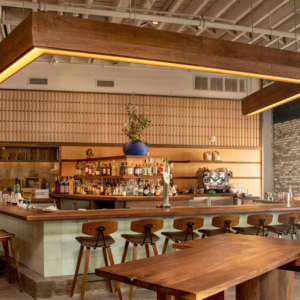