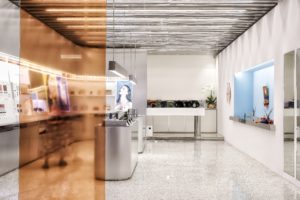 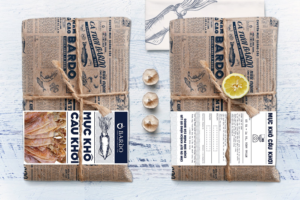 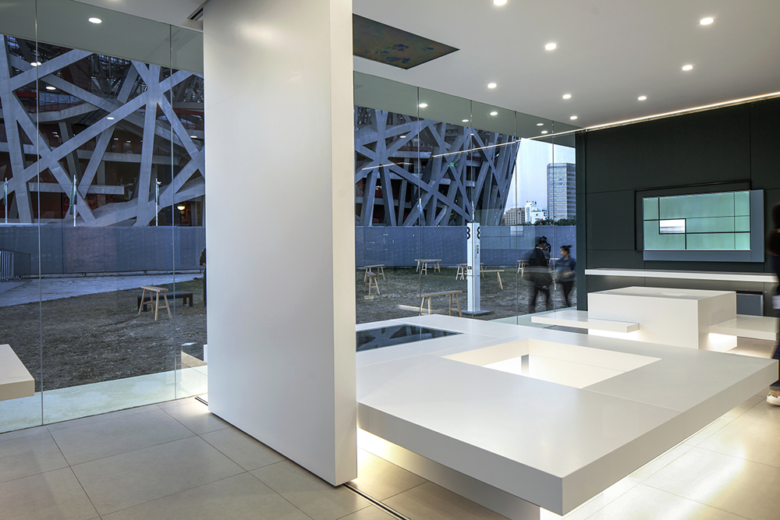 Modern China is a place of continuously shifting socioeconomics. By 2020, more than 60% of the population will reside in urban areas – a dramatic increase from the 26% of 1990. This massive urbanization and densification puts tremendous pressure on both cities and citizens to adapt quickly. Soon the majority of people in China will live in mid- or high-rise residential towers, whose standardized layouts will become increasingly unaccommodating for the new nuclear family unit, digital nomad, or co-living / co-working community.

Emerging technologies, too, continue to change the way we live, work, and move. The rise of the internet of things has decentralized commerce, business, education, and entertainment. However, the building sector remains largely stagnant. Smart home technology has yet been limited to the appliance industry; voice-controlled household electronics add convenience to an otherwise unchanged lifestyle and architecture. How might technology respond to individual needs across living spaces? How could it unlock new, healthier, more efficient spaces, and affect a similarly ideal urban fabric?

Crossboundaries imagines a more responsive, changeable home – one that taps into future technologies to allow the residents to infinitely shape their space. Infinite Living is a full-scale housing prototype – an experimental, adaptive living environment and the culmination of a years-long collaboration with HOUSE VISION, the Pan-Asian platform of multidisciplinary research and development initiated and curated by designer KENYA HARA in Japan since 2013. Sponsored by TCL, Infinite Living uses the television as a window to explore new interactions in virtuality.’

As a visual portal, television can transcend the monitor, create infinitely many spaces within and beyond itself, respond to everyday needs, and break through the increasingly blurred line between the virtual and the actual. Like a kaleidoscope, the pavilion envisions the television not as a singular gathering point, but as something that can put the human at the center of the home. Each television can become an interface, expanding all the functions of the modern mobile device and integrating them with the spatial dimension of everyday life.

The flexible architecture of Infinite Living contrasts the once-rigid dividing lines of the contemporary house, identifying key activities of the family (sleeping, cooking and eating, grooming, working and learning, relaxing, exercising, celebrating) and concentrating them into zones: recharge, refill, refresh, update, standby, energize and entertain. Interior partitions slide to modulate the house’s volume and merge its activities with infinitely many combinations. The pavilion extrapolates the planar nature of the televisions and imagines a future in which every surface of the house, horizontal and vertical, can be customized – both digitally along its surface and spatially within the house’s volume.

With an open plan layout, one can imagine each use happening anywhere – with activity zones shifting, expanding, contacting, and disappearing when desired. A system of smart floor, ceiling, and wall elements can create a diverse range of activity scenarios and combinations of various atmospheres and privacy levels. Activated, actuated panels could slide, rotate, and retract to create pockets of space or open up the entire volume. Telescopic or hydraulic in nature – they could be embedded and installed into an existing apartment that has been cleared of all non-loadbearing walls, and allow one to adjust the space in harmony with needs throughout a day, a month, or a lifetime.

Completely restructured thinking regarding building elements and integrated utilities are on the horizon with advances in nanotechnology and materials engineering. What was once a system of hydraulic panels could soon become a smart layer of nanomaterial whose form and feel can be endlessly manipulated. Crossboundaries imagines a future in which all functions of the home can be embedded in this smart layer and customized by the user. With preferences stored as data presets, the user could then travel another city and stay in another accommodation equipped with the smart system, load them up instantly, and effectively bringing their home with them.

New technologies are disrupting traditional business models and in turn, many building typologies are becoming obsolete. A plug-in living system enables poorly filled office buildings and other misused urban spaces to become fully livable, comfortable homes. Further, with the increased flexibility in one’s own apartment comes more efficiency and greater comfort even in a reduced amount of area. Already, the developing appreciation of shared working, cooking, and social spaces is indicative of a larger shift in mindset across the urban sphere. Architecture can tap into this rise of the sharing economy, and employ emerging technologies to free itself of obsolescence – continually adapting spaces for uses new and old.

In 2015, Crossboundaries and several other leading Chinese architects were invited to pursue research topics and develop concepts focused on the future of domesticity – using the home as an intersection between industries – and present them in ACROSS CHINESE CITIES – CHINA HOUSE VISION at La Biennale di Venezia 2016. In 2018, ten design studios partnered with ten industry-leading companies to construct pavilions, testing their ideas at 1:1 scale. Each studio and its respective sponsor combined creative thinking and technological innovation to address issues in modern Chinese living environments, and discover new possibilities for ideal future lifestyles. 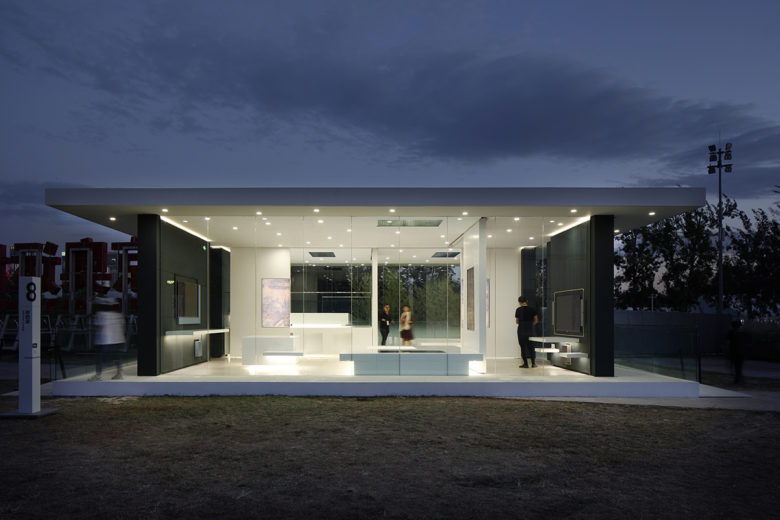 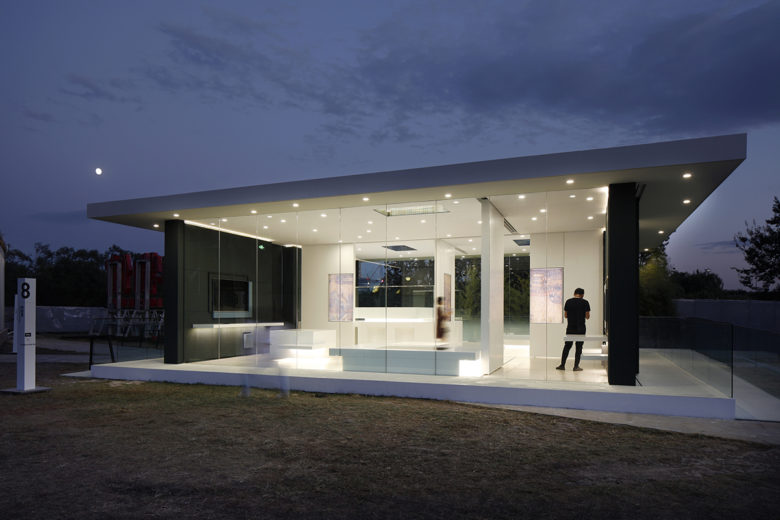 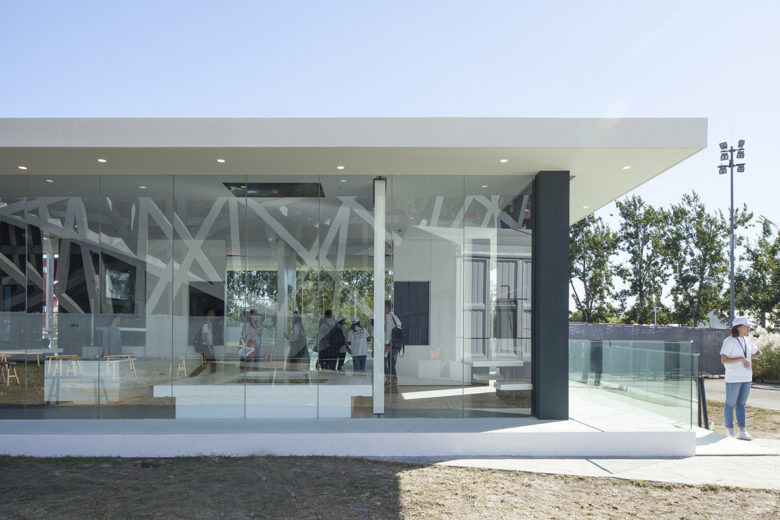 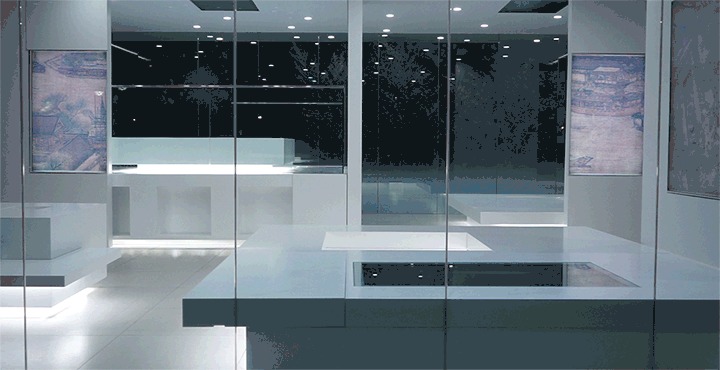 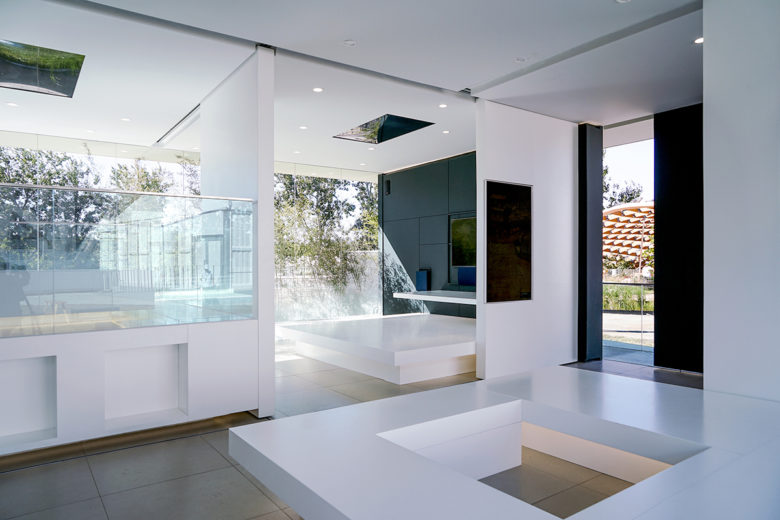 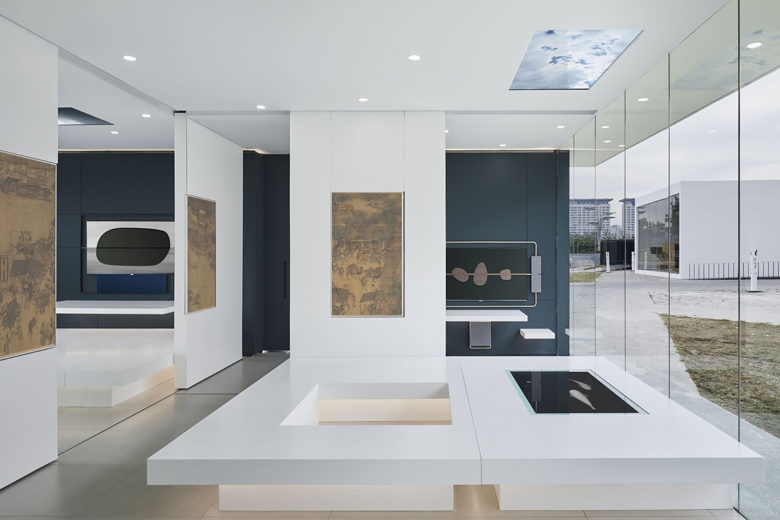 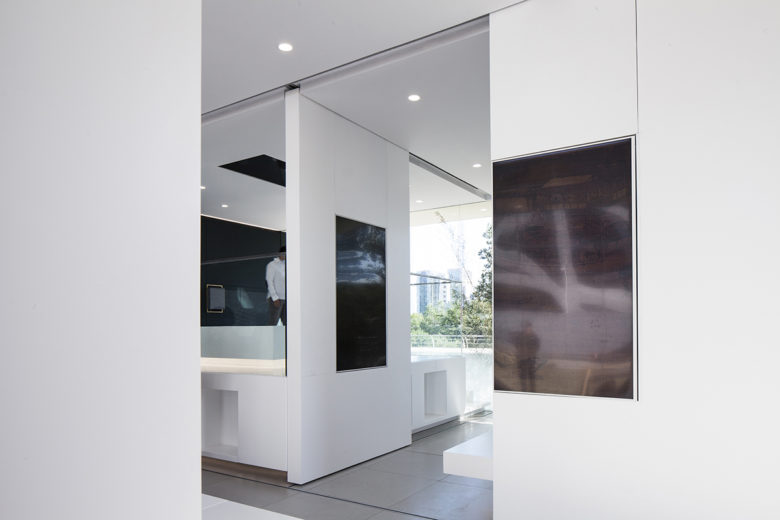 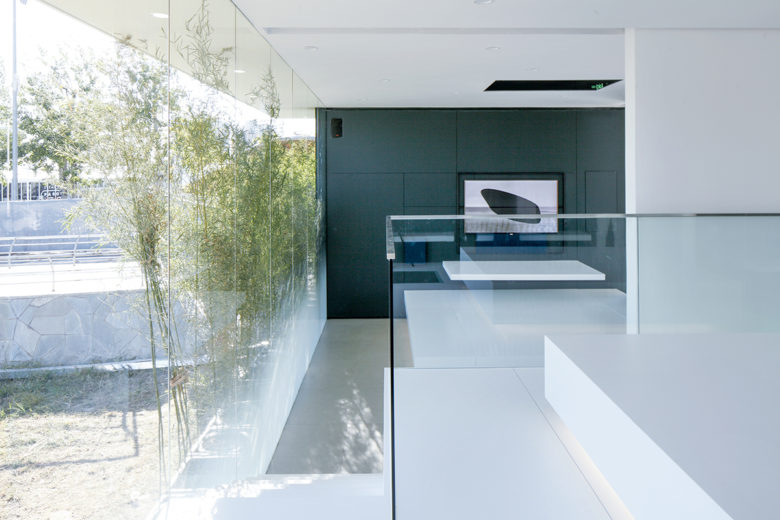 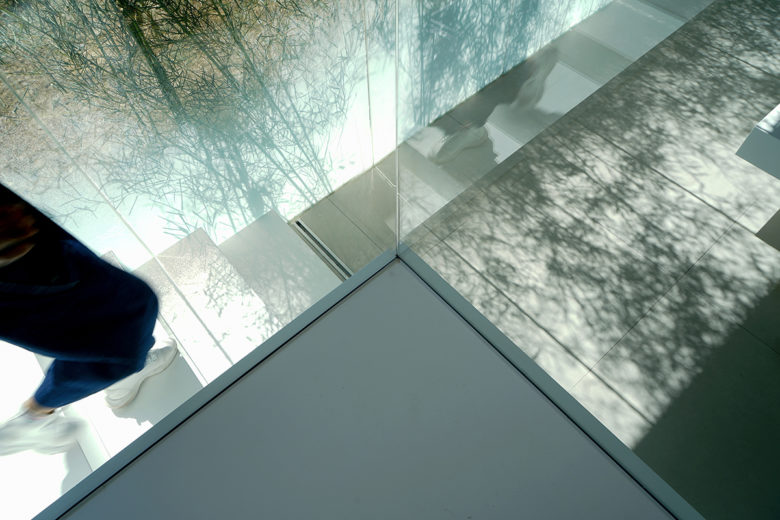 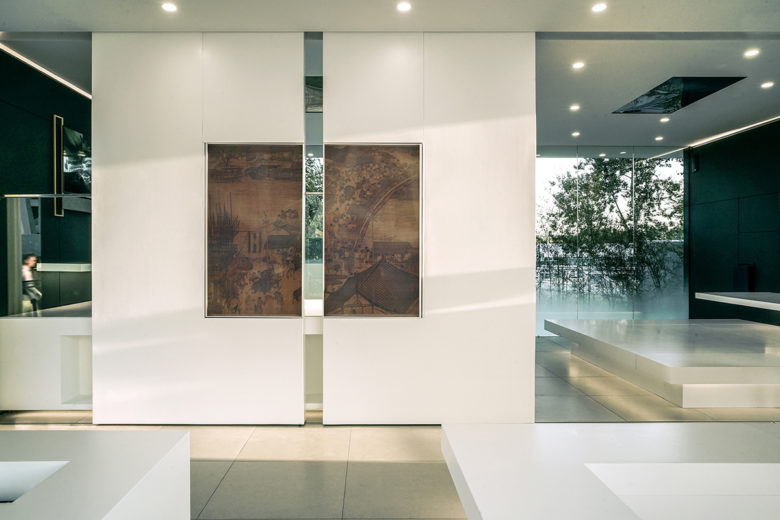 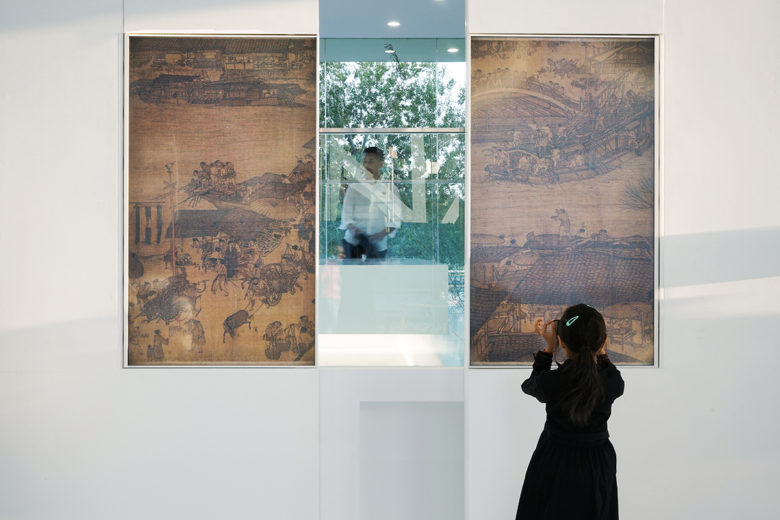 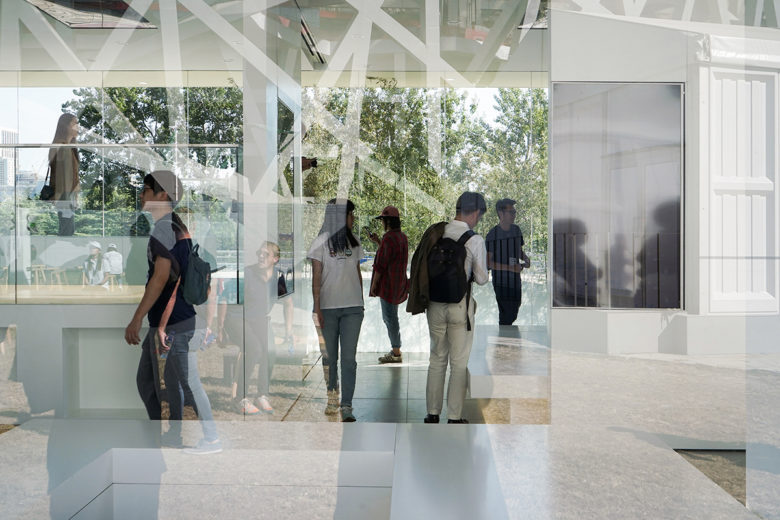 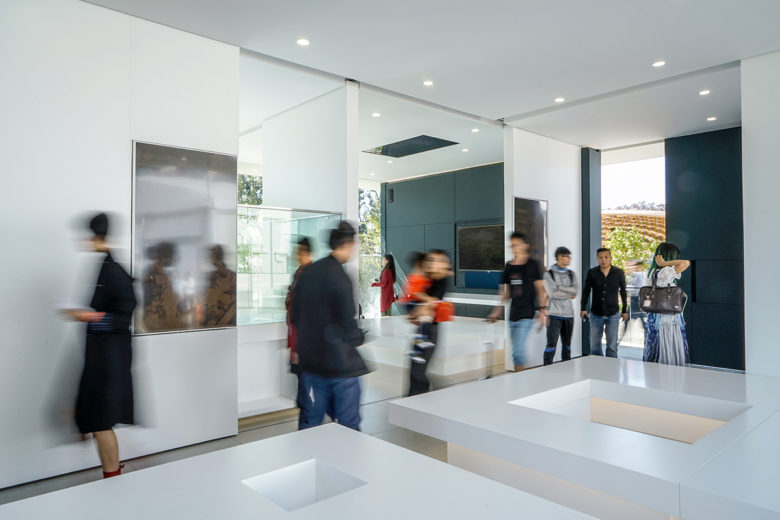 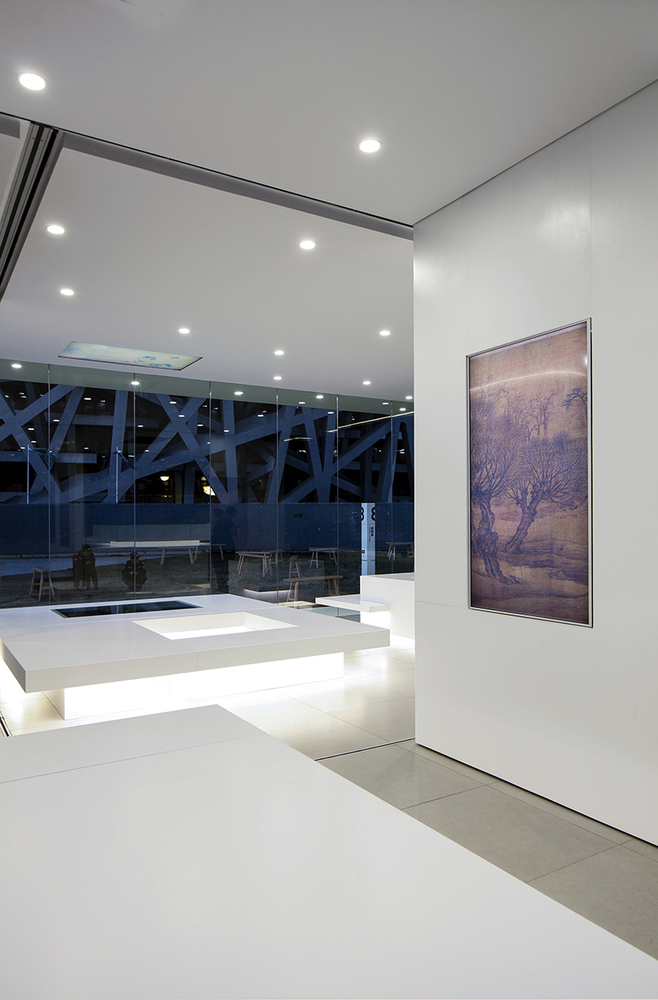 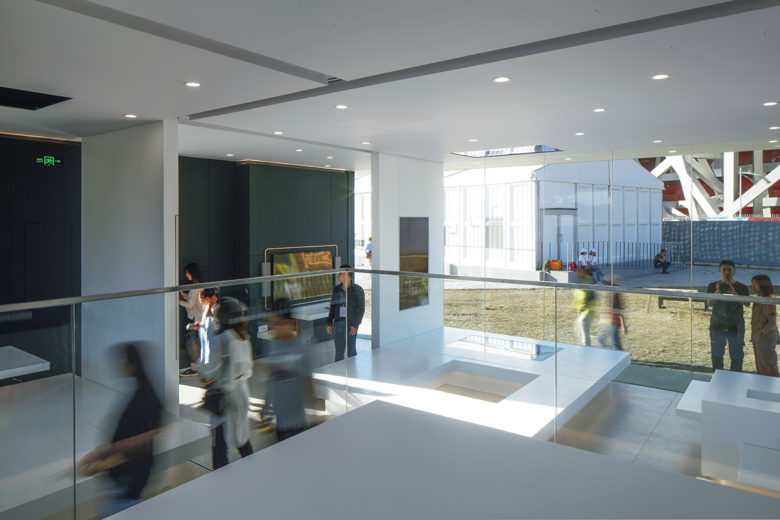 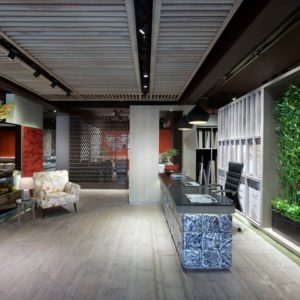 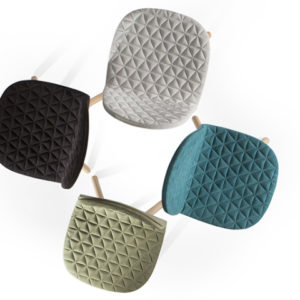 Mannequin collection by WertelOberfell for IKER by retail design blog 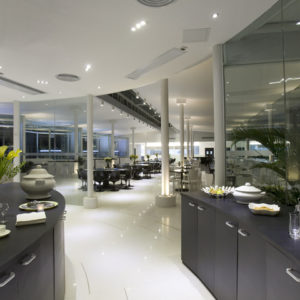 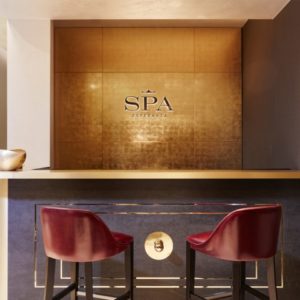