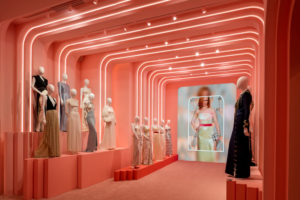 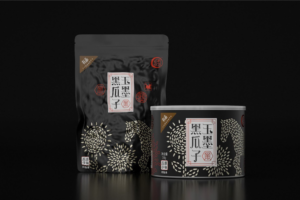 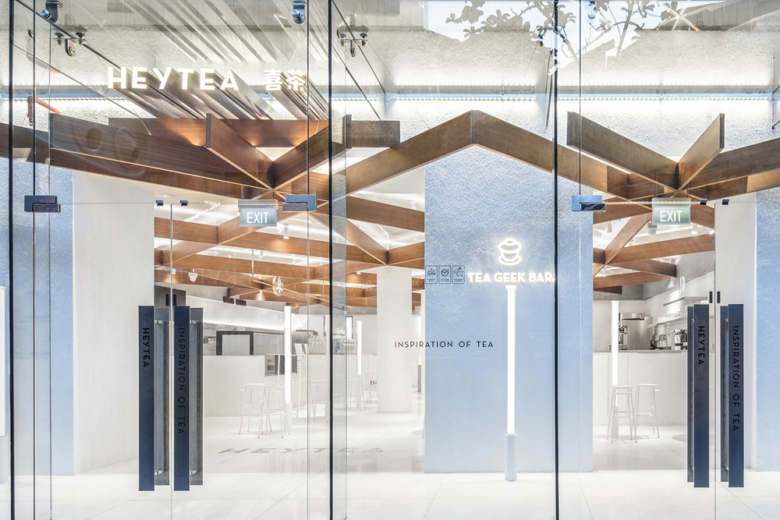 Lighthouse
Not far from the Fort Canning Hill, Clarke Quay was once the most bustling wharf in Singapore. Now it no longer serves as a dock for the loading and unloading of cargoes and its original godowns were transformed into a leisure neighborhood. Here is where HEYTEA launched its first oversea shop of the DP (Daydreamer Project) series, with “lighthouse” as the design theme.

MOC DESIGN presents HEYTEA in an open form with a panoramic layout and a bright hue of white, in contrast to the dim and mysterious Clarke Quay streets in an enclosed form. Inspired by the lighthouse on the Fort Canning Hill, MOC DESIGN put up an array of 20 lamp posts within the limited space, some of which are fit with the high tables to meet the functional needs.

The light posts dim and brighten gradually over time, just like the way a lighthouse emits light. Through the glass box at the entrance, people can see the gradual change of brightness of the lamplight. Combined with the natural light, the space presents distinctive and enchanting looks from morning to evening.

The light belts hidden on the top surface of the wooden frame produce diffused reflection onto the ceiling, which creates the soft illumination and atmosphere for the interior. In addition, spotlights are used as visual partitions to divide the seating areas and passages.

Lighthouse gives navigational aid to ships on the sea, while the lamp posts serve a similar function. Back to the old days, people gathered together to taste tea. In this space, modern young people gather around the lamp posts and share HEYTEA. The lamp posts are designed as a symbol that guides the tea drinkers to find their cup of tea. 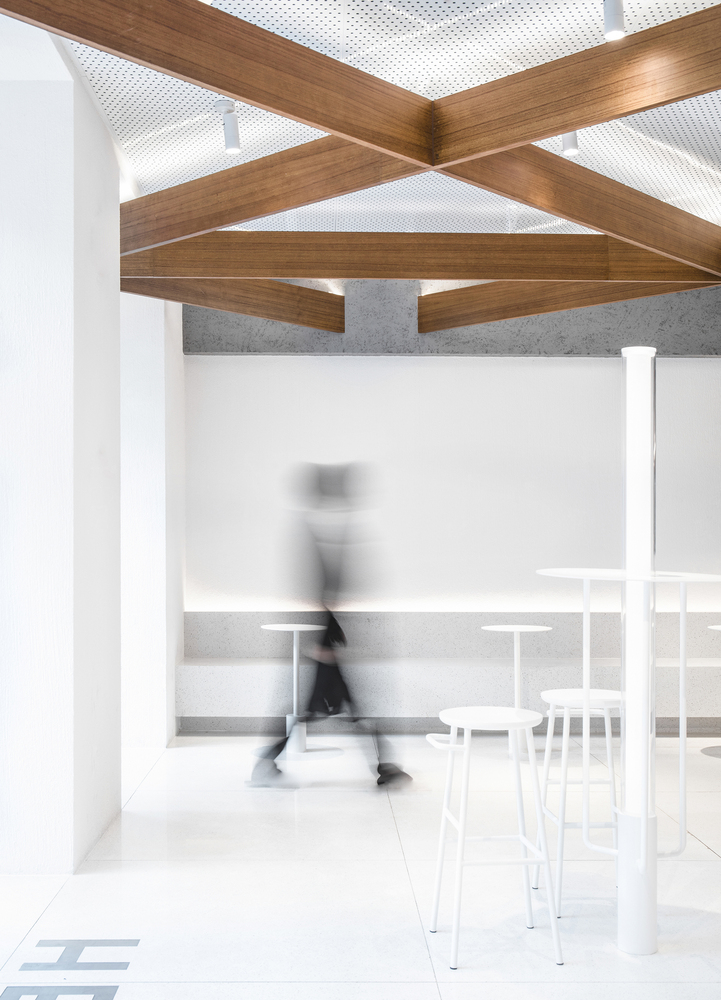 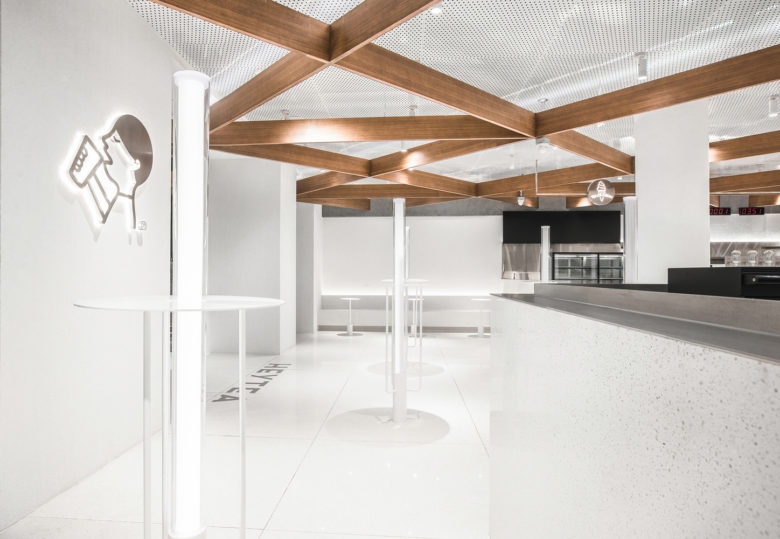 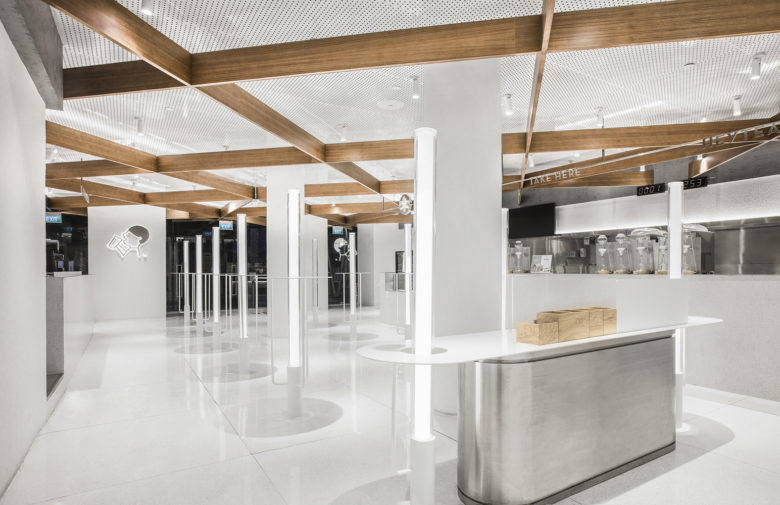 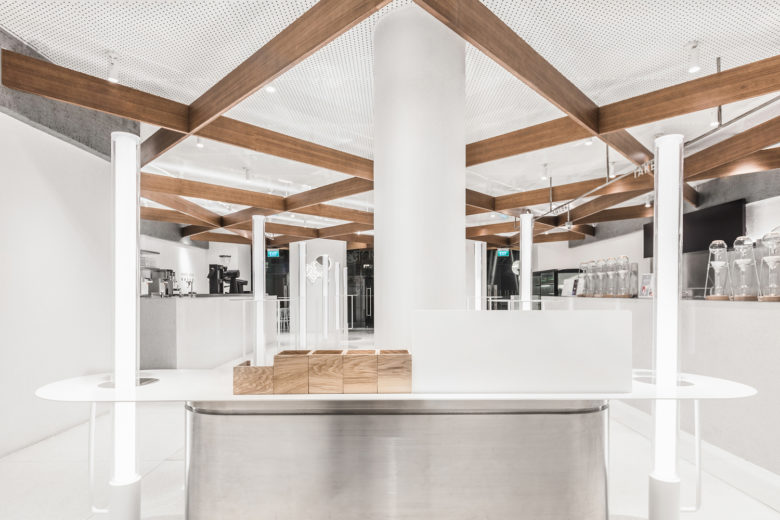 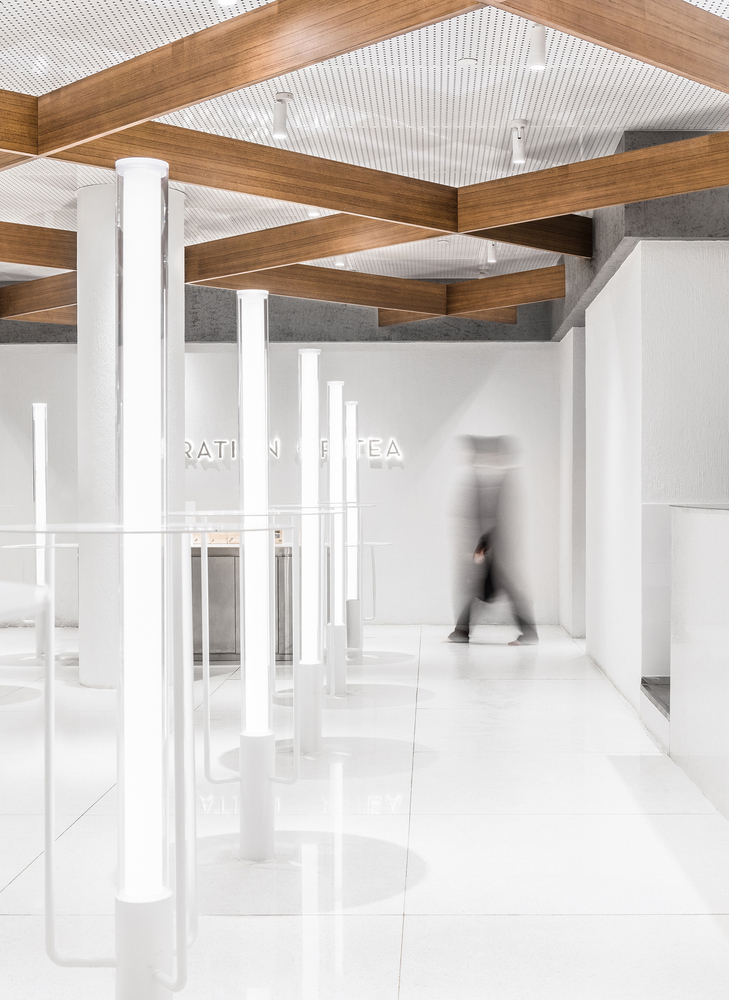 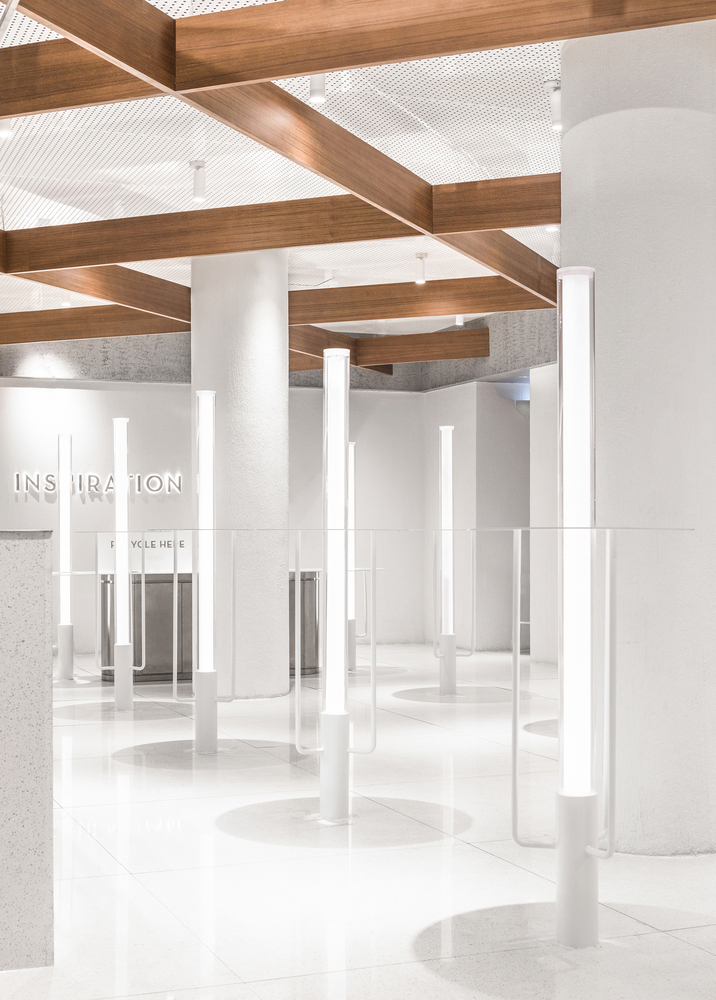 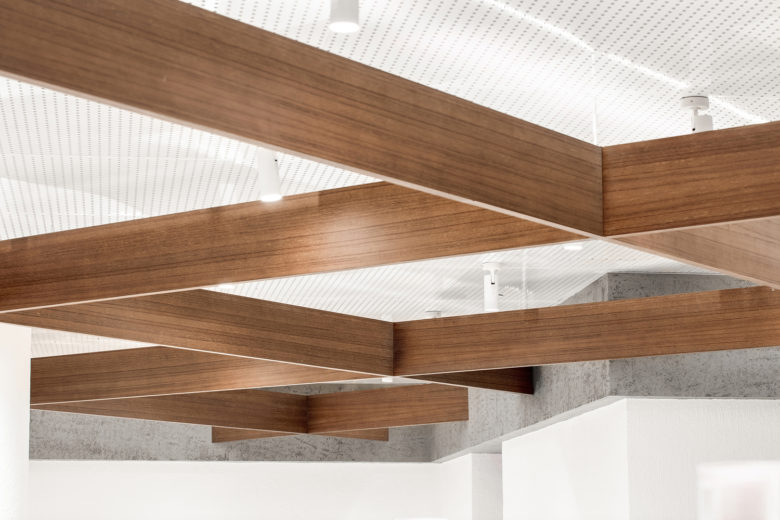 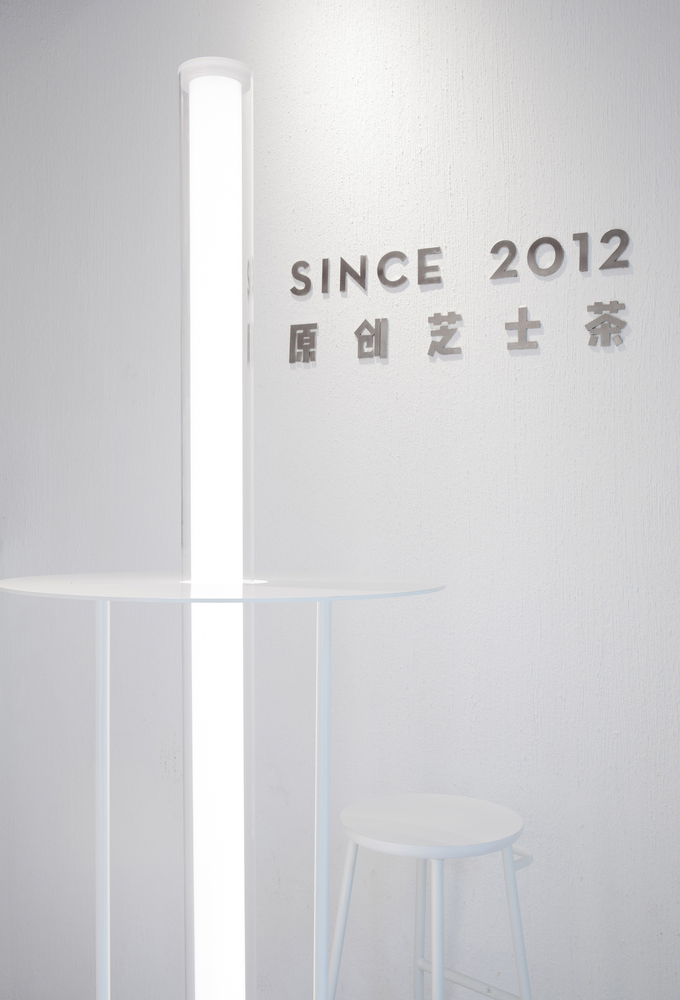 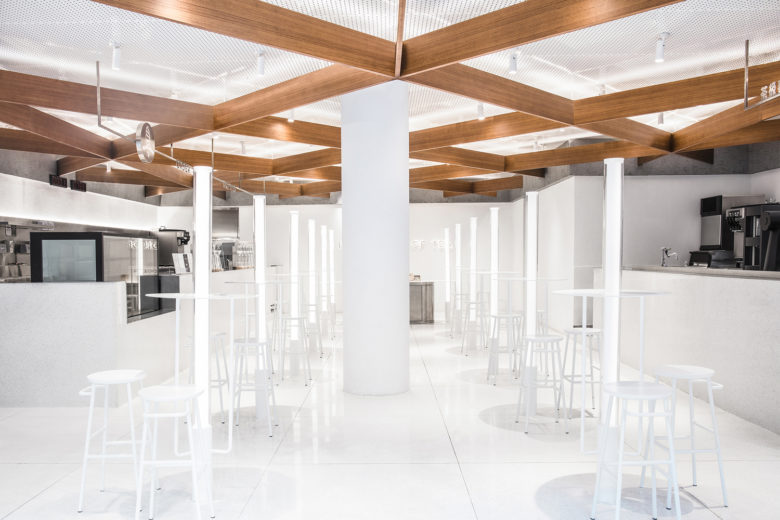 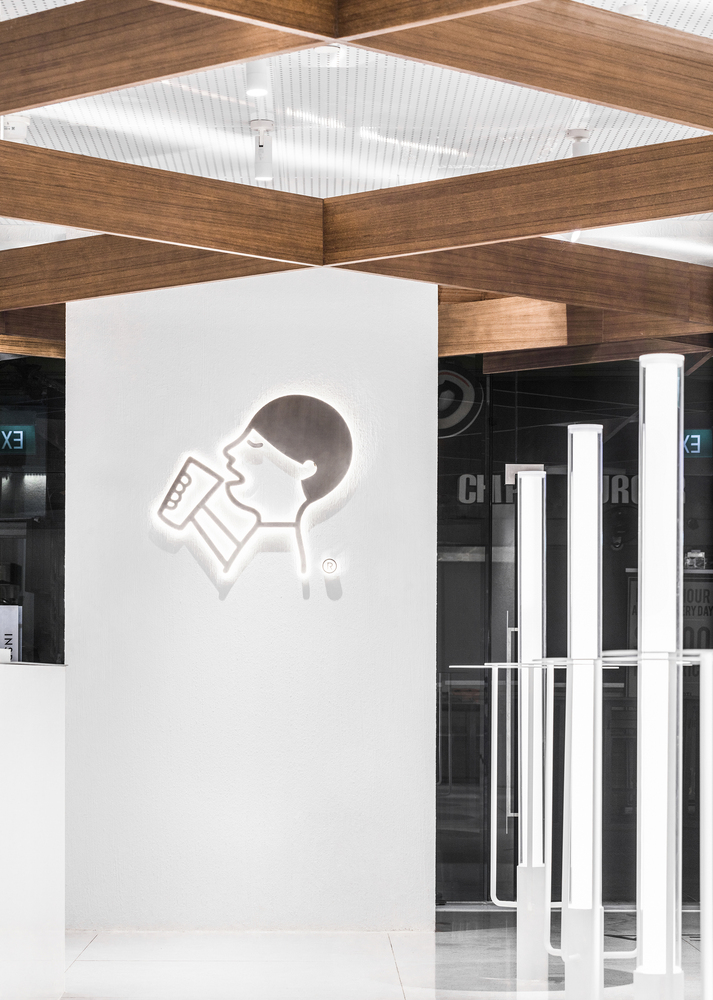 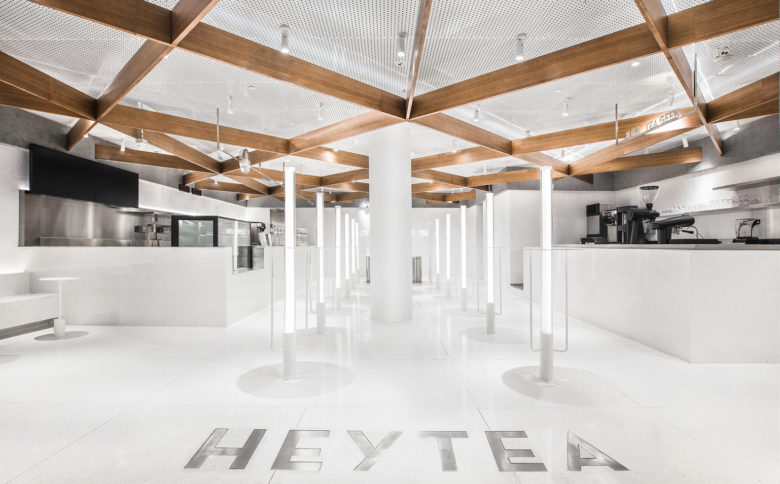 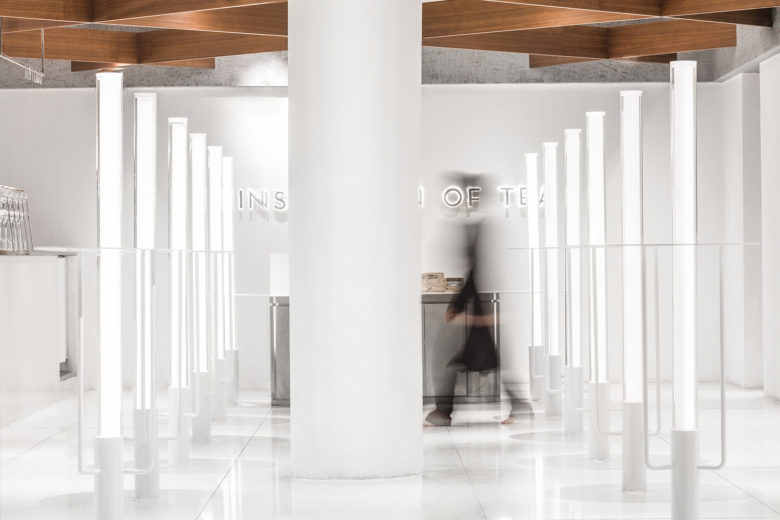 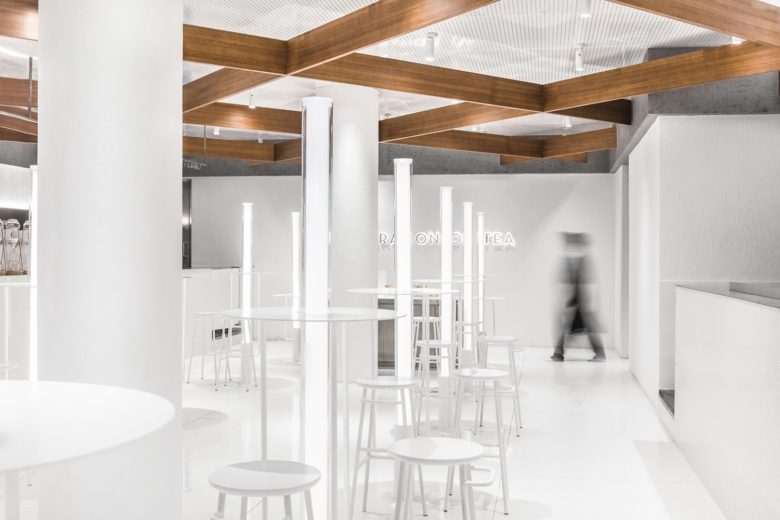 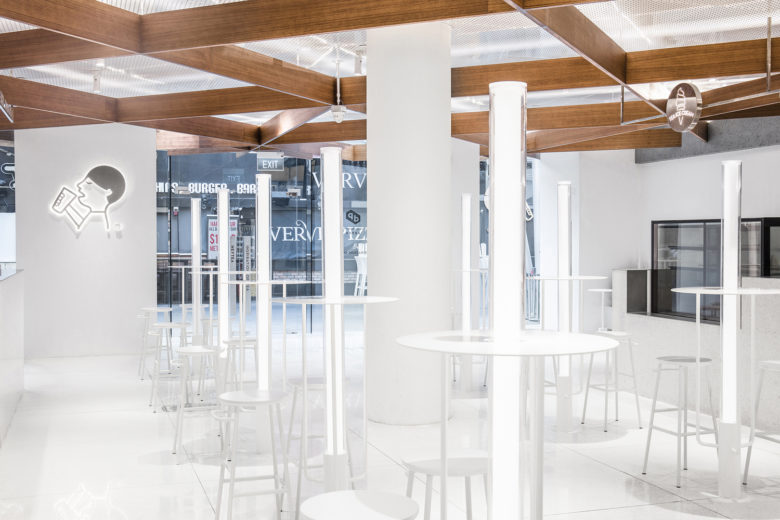 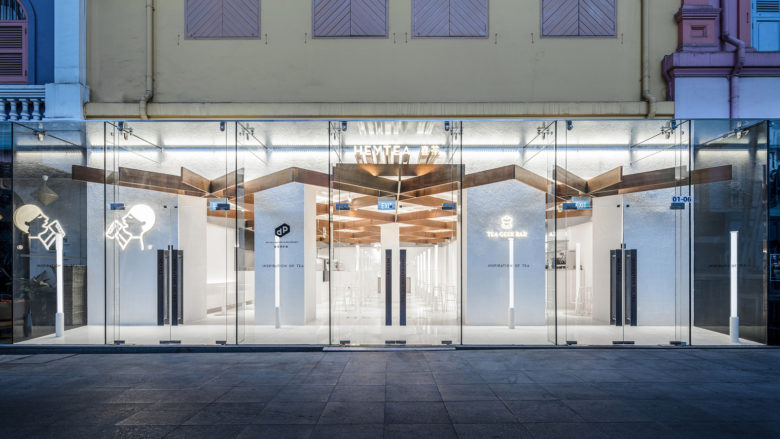 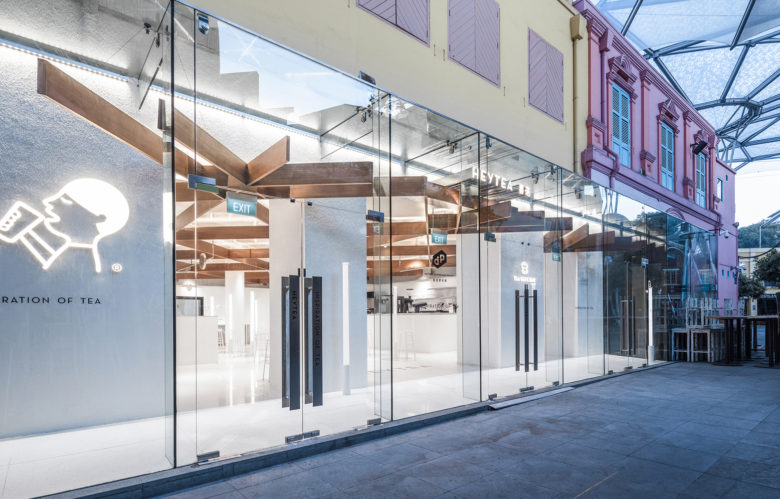 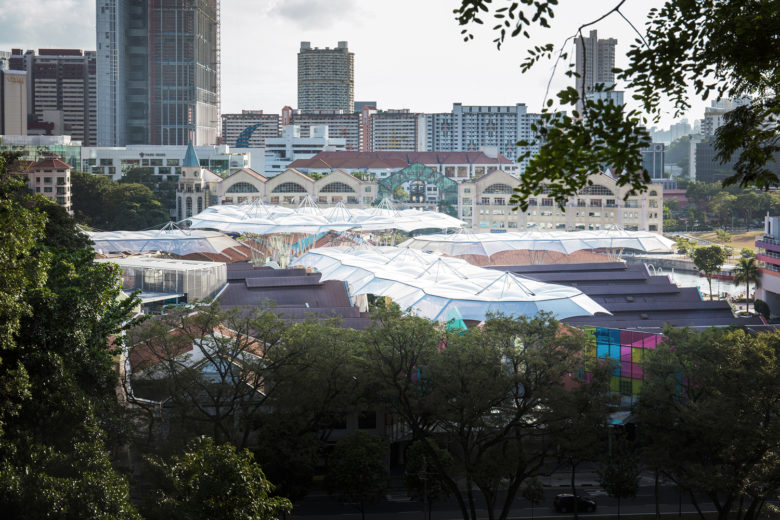 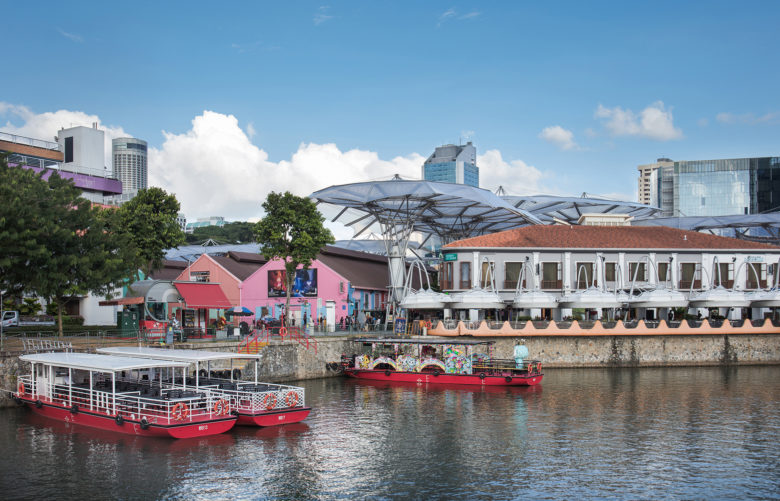 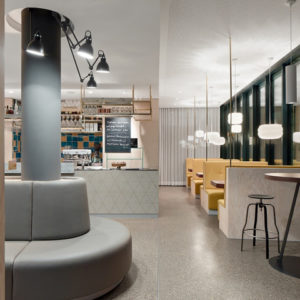 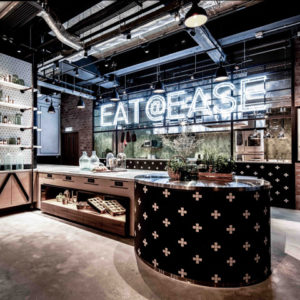 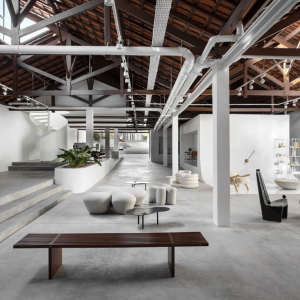 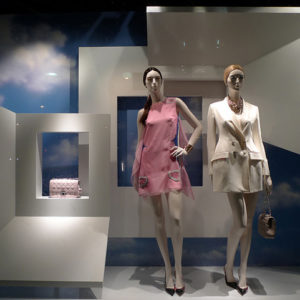