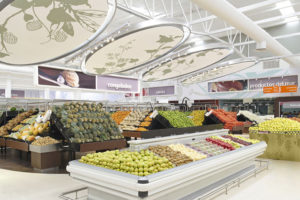 Burger King Garden Grill by Out of Stock, Singapore 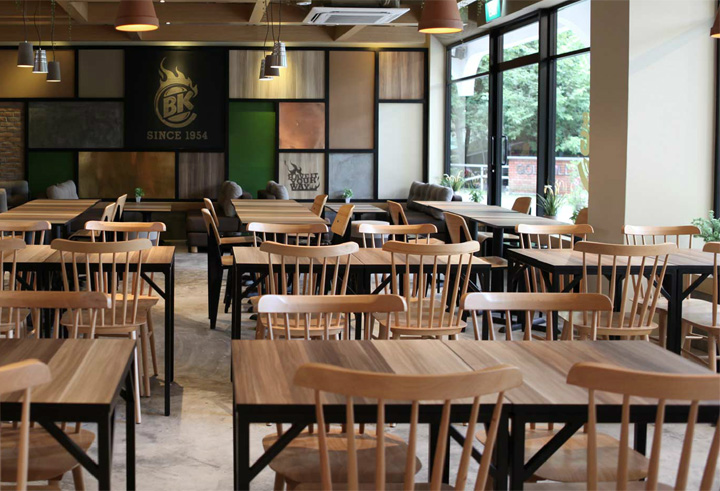 Burger King Asia-Pacific recently commissioned Outofstock to design a pilot restaurant in Singapore. The goal of the project was to create a new interior identity for Burger King. Some key points mentioned by BK was that they wanted a warm and welcoming store that would appeal to a wide audience – teens, young adults as well as families with children – the design should stand out but at the same time be accessible for the man on the street.. We started off by analysing the BK brand, it’s advertising visuals as well as its history. We noticed that one word that kept popping up was “flame grilled”, and we used this clue as a starting point. From collective experiences, our mental picture of flame grilling is closely associated with garden barbecues and camping cook-outs. These activities, often held with groups of family and friends, left indelible memories in our growing up years. This led us to name the project “BK Garden Grill”, which is based on bringing the garden, as well as colours and textures of the outdoors into the restaurant. 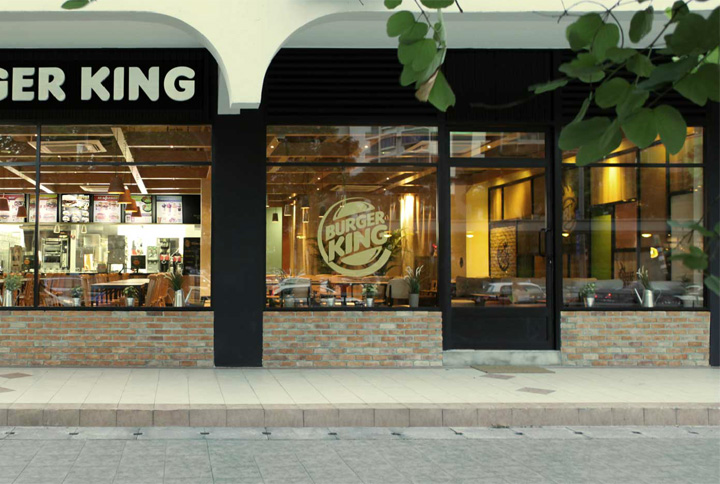 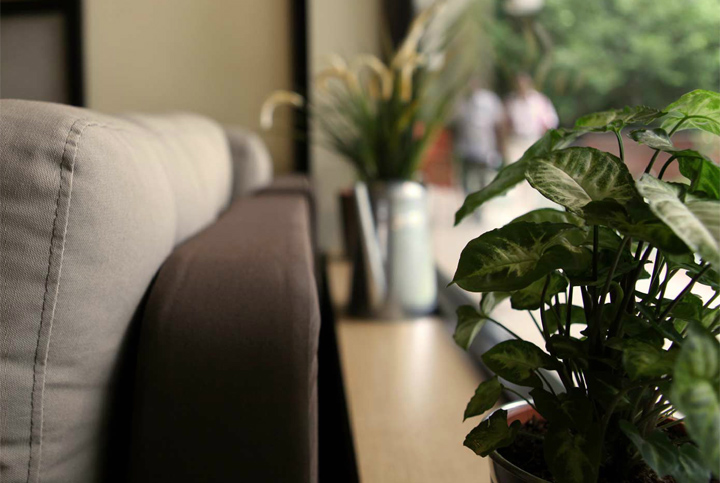 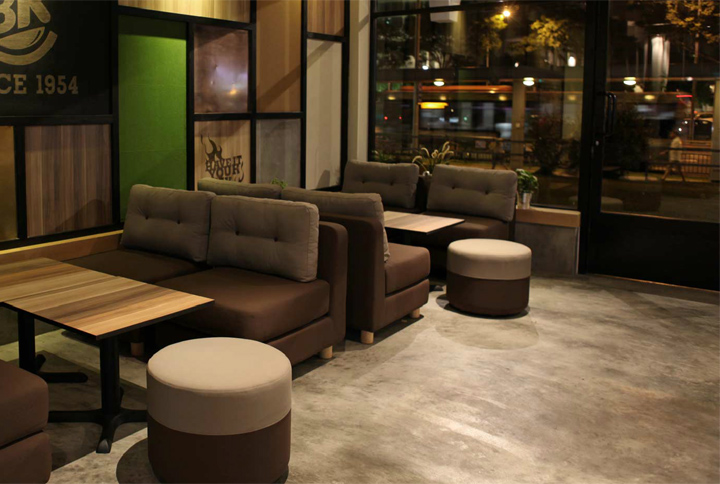