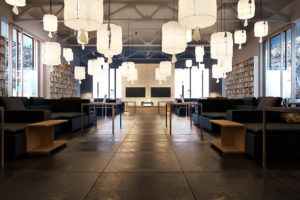 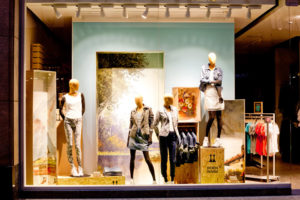 Pupa is a habitat within Bloomberg made from reclaimed cardboard and pallets. The form and aesthetics are inspired by natural habitats – cocoons, bee hives, spiders nests and weaver birds nests. The ceiling assumes the appearance of a shelter; snug and cave like, but also references the vaulted ceilings of church naves.

The numbers which can be extrapolated from Pupa reflect the almost Sisyphean task faced, whether by human, bird or insect, to create these sort of structures: 3,972 triangular cardboard borders make up frame 3,972 triangle inners fill the exoskeleton providing the cover 1,981 units build the table and pillar. Coincidentally 1981 is the year that Bloomberg was founded 180 wooden pallets taken apart for chair frame and legs 11,000 nails removed from wooden pallets 252 leather offcuts from make up the chair seats.

The original Bloomberg cardboard arrived in damp bales so was pulped and re-constituted at a factory in Stalybridge using machinery originally installed in 1910. Constructed in triangular sections Pupa utilises the structural and acoustic properties of cardboard.

Computer design techniques were used to generate the form and the individual components were then extracted from the virtual model to create flat layouts that are glued together by hand.“Commissioned for Bloomberg Philanthropy by art and design agency Arts Co, ‘Waste Not, Want It’ is a series of specially commissioned art and design projects made almost entirely out of Bloomberg’s waste.” 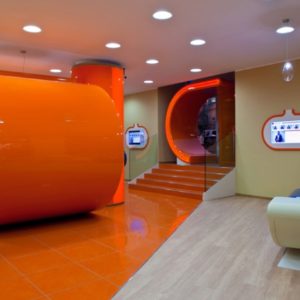 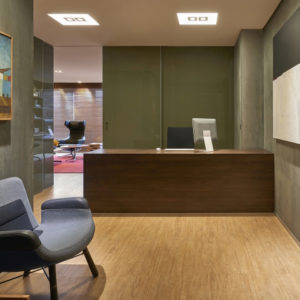 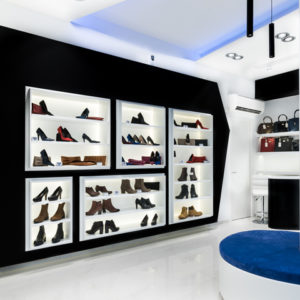 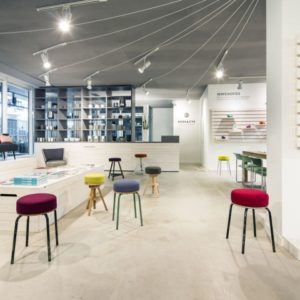