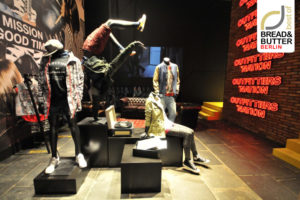 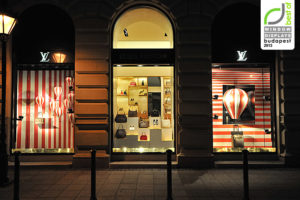 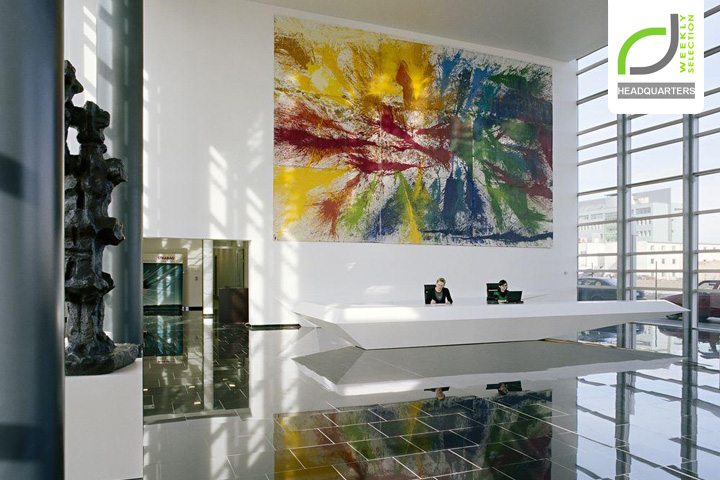 The STRABAG Headquarter in the Slovakian Capital City of Bratislava from year 2005 is the first of three buildings being planned to develop this property at the edge of the historic city Centre. After completion the existing branch office of STRABAG Slovakia and the local firm ZIPP, part of the STRABAG corporate group since 2004, have been united in the new building. The meandrous phenotype is significant for the ground plans of all three, mainly 6-storied main building components, which all stretch with an almost theatrical southward gesture to the 16-storied skyscraper, right beside the river Danube, pointing out the high importance of the location. In this vein the skyscraper forms an identification point for users and passers-by. The complete property has been built with a two-storied underground car park, offering parking spaces for more than 700 vehicles. Special attention was paid on an intersection-free routing between pedestrian and motorised traffic on the area. The erection of the building has been carried out with a reinforced concrete skeleton construction, stiffening cores and flat ceilings without joists. Through this the technical installation effort has been reduced fundamentally. The façade is an aluminium-glass element façade, designed as a lying format metal box with a shimmering colored back board behind glass, at the same layer-depth like the sunscreens – the whole element has been called “shadowbox” and it generates a modern, textural appearance – a sign with a striking depth effect. The alternation between closeness and transparency, light and shade create a live and shimmering game of surfaces and color layers. On the outside as well as on the inside the use of unpretentious materials with a high utility value and especially durability was a main concept in design and planning. By this means together with elementary building forms arises an in its appearance modern and outstanding structure. A climate optimized energy concept is another integral component of an up-to-date new building: in this case the heating and cooling energy is mainly supplied by geothermal probes in form of groundwater wells connected to a water-water heating pump, at that time one of the most advanced technologies in renewables. Special is also the way the energy is distributed in the building. the concrete ceiling slab is activate as the main heating and cooling device by inserting the building equipment in it, so there is basically no need of additional devices in the offices. Only for temperatures below a certain level (around -15° C) there had to beplaced convector heaters in the floor area by the facade. Even though those heaters need additional energy, extrapolated on a whole year it is a very small amount, the biggest part comes from a depth of 120 metres below the ground, it is natural and therefore green energy. This building has a gross floor space of 12.500 m² and offers office room for 530 persons: the inner organization ensures a clear orientation and an open work flow with short routes, the zonal structure is consistently and functionally clear. Open stair connections, corridor expansions and wide visual connections promote an intensive and open communication to the employees. Due to the chosen room depths and construction grids, the establishing of different, neutral office forms is possible at any time. 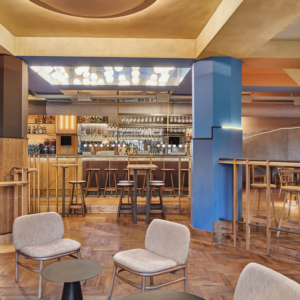 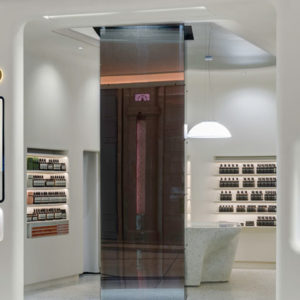 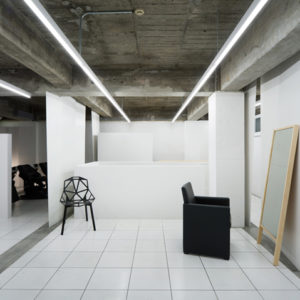 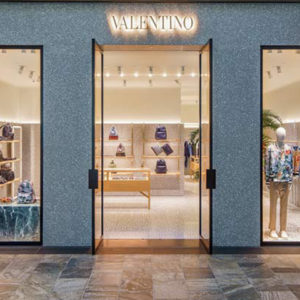